In a captivating London debut, Athens-based Harikleia Papapostolou is bringing to the Belgravia Gallery in the West End her confidently executed, abstract oil paintings which in an enthralling manner play with opalescent colour. Her structures celebrate the ability of humanity to draw qualities of light, strength and beauty from the darkest of times, hence the title of her latest exhibition, Breathing Colours.

Her messages of optimism are indeed a shining philosophical beacon in a difficult global epoch.

We put to Harikleia some key questions about her work and its place in society.

Tell us about how you have been inspired by leading lights in the world of art?

There are a lot of artists who have an influence on my work, not to mention the subconscious influences of which I am unaware.  Some inspirations I should like to mention are: I was always admiring the rushing instinct of my teacher Makis Theofilaktopoulos [a neo-expressionist], the abstraction of Yannis Moralis (1916-2009), the colour of Mark Rothko, the sensitivity of Chagall, the simplicity of Theodoros Stamos (1922-1997), the joy of Henri Matisse, and the difference of Jackson Pollock. (Theodoros Stamos was a Greek-American artist who was part of the New York School which included Pollock, Willem de Kooning and Rothko).

What is the contemporary art scene like in Greece?

Although there are a lot of Greek artists who consider themselves as a part of the Greek modern art scene, the economic crisis has forced many to relocate their studios to other countries.
Is it fair to say that you are already an established artist in Greece?

I consider myself a very fortunate artist, in that even from my first show I have had a good deal of acceptance from the critics and the public.
What are your plans after the London show?

Soon afterwards, in June, I am taking part in artAthens, which is a show with participation from all over the world.

My intention is to exhibit my paintings in New York, and other parts of the world where, as in London, contemporary art is considered as a main way of expression. 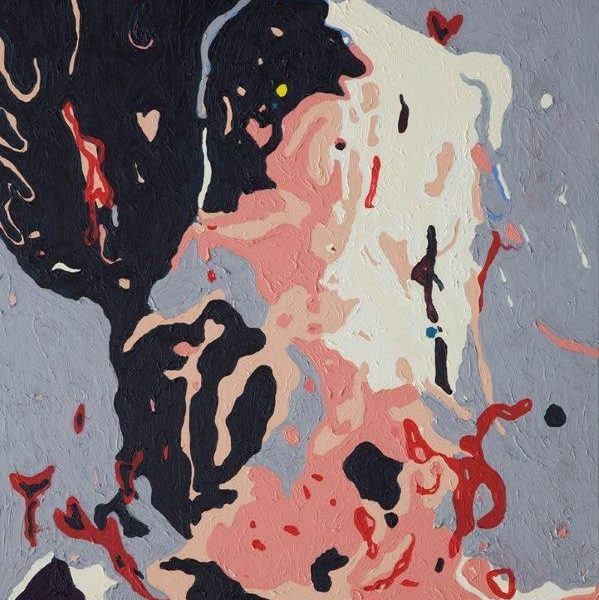 I Run to You. Oil on canvas. By Harikleia Papapostolou. 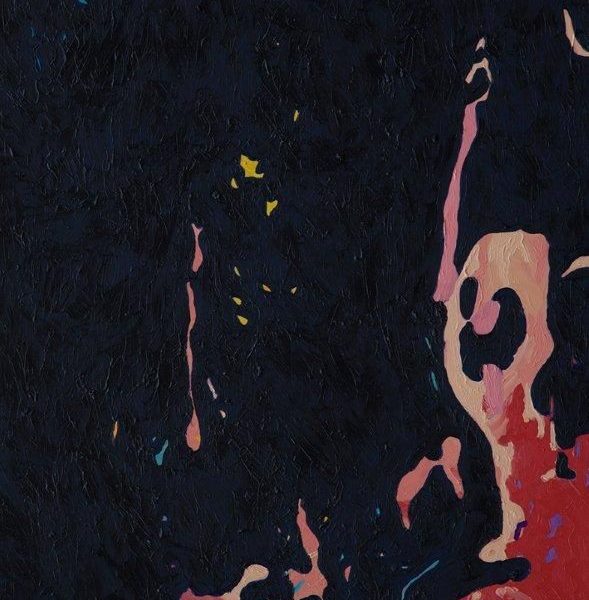 I Can See You in the Dark. Oil on canvas. By Harikleia Papapostolou. 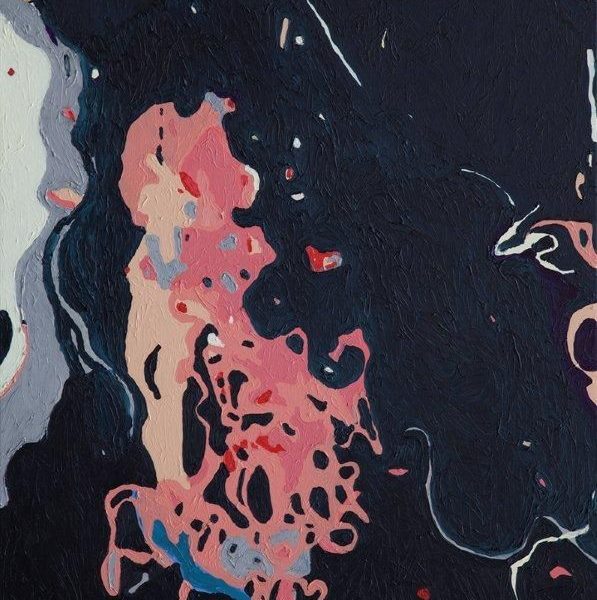 Kiss in the Night. Oil on canvas. By Harikleia Papapostolou. 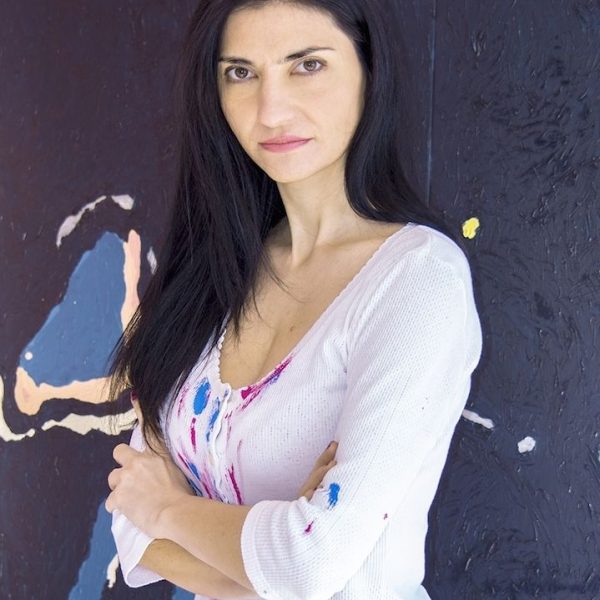 Harikleia Papapostolou was born in the small town of Stratoni in Chalkidiki, northern Greece, and graduated in 2011 from Aristotle University School of Fine Arts in Thessaloniki.

She prefers large canvases, of a scale typically 130cm by 100cm, and chooses dramatic titles such as Kiss in the Night, I Gave Birth in Red for You, Sad Hole in the Heart, I Run to You, and I Give You – You Give me. She sees the pieces as symbolising life itself, pulsating and illuminated. This is not meant to impose interpretations on the viewer. She prefers the audience to come to their own conclusions, which means that the works yield ever-changing meanings.

Harikleia – she says “I love colour and I need it in my life” – has been endorsed by the critic Harris Kambourides of the Academia Europaea. He wrote in a foreword to the catalogue for an exhibition of Harikleia’s work in Athens, that like images from the Sun or the Earth or images of hearts, her pictures shine in vibrant volumes of colour, releasing dynamism and energy.

The British author Victoria Hislop, a great enthusiast for Greek culture in all its manifestations, is another admirer of Harikleia’s oeuvre. “Her use of texture, movement and colour is really exceptional. But as important as her technique is her passion, which I see in every piece that she creates,” says the acclaimed novelist.