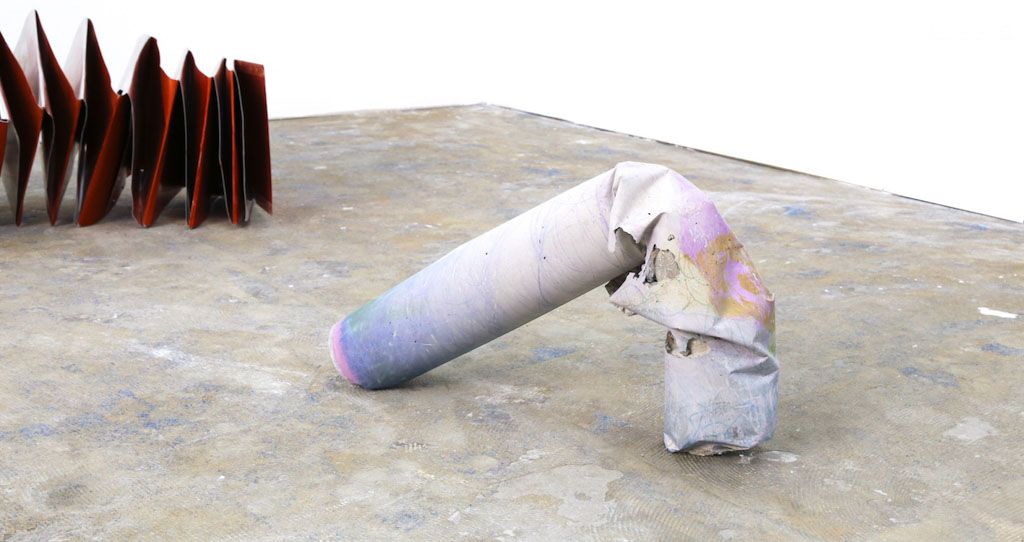 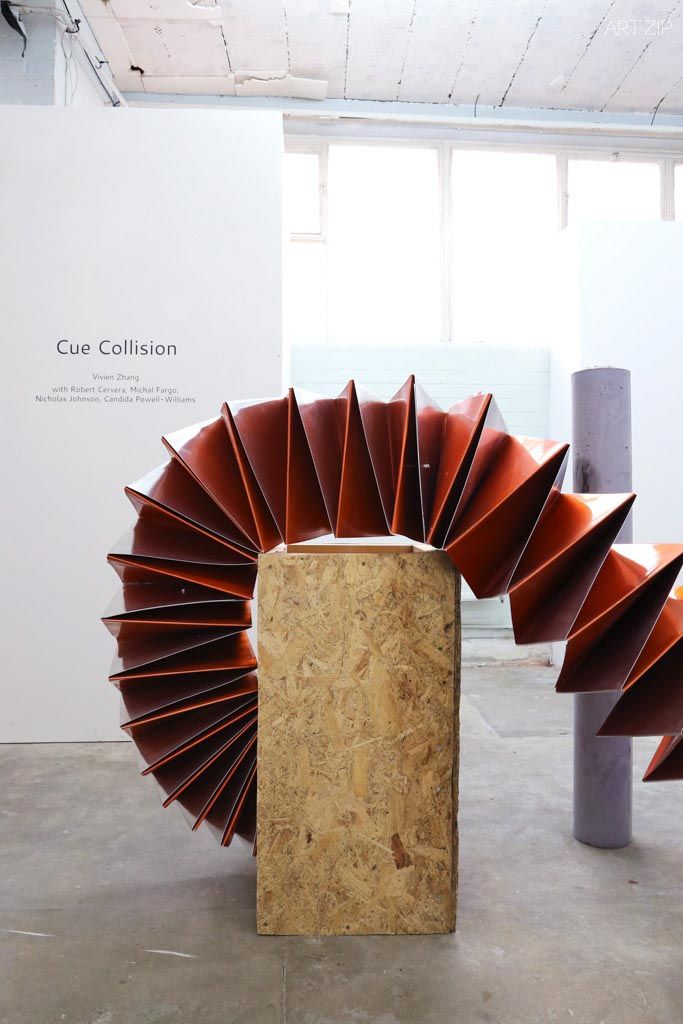 House of Egorn opens in London with Cue Collision, an evolving exhibition in three phases, launching on 9 September. Artist Vivien Zhang takes on the legacy of Herald Street in collaboration with four young contemporaries to regenerate the London site with works that challenge our lines of presumption in a time with accelerated speeds of reading and understanding.

Cue Collision is an evolving exhibition in three phases around new works by emerging artist Vivien Zhang. House of Egorn has established itself firmly on the Berlin art scene over the past year as a space for international experimentation and artistic encounters. Taking the cue from the experience of a rapidly growing international and emerging artistic community in Berlin, the gallery now opens a new pop-up space in Wolfgang Tillman’s former studio on Herald Street, with the aim to demonstrate that the drain of young talent from London can be resisted and reversed.

Participating artists in Cue Collision include Robert Cervera, Michal Fargo, Nicholas Johnson, and Candida Powell-Williams. House of Egorn opens in London’s newly prominent east-end art quarters in an intimate warehouse space with a show that grows and permutates from its initial outline in three phases into a final shape. Curated by Vivien Zhang, the artists and works in Cue Collision are brought together by a shared interest in signs, signifiers, motifs, and the interpretation and secondhand depiction of history and material.

Vivien Zhang said: “Cue Collision is an opportunity to take a second look at things we have taken for granted, things that have been a part of our surrounding for a long time and that we haven’t questioned until now. Each of the artists will present work fabricated from materials heavily loaded with history, and will manifest their own interpretation and modes of engagement with the times we are living in.”

Context-specificity and the act of reclaiming are important concepts at the heart of this artistic conversation. Robert Cervera revisits water reservoirs from childhood excursions, while Vivien Zhang takes a fresh look at image-editing softwares and their aesthetic footprints from the 90s to today.

The works in Cue Collision’s first phase (9-13 September) will tell of a land in fluctuation and decay, where things are near the verge of ruin. Interpretative analogies and influences may range from Angkor Wat in Cambodia to Atlantic, Amarna or the present-day UK. While phase two (14-18 September) is set to take a closer look at modes of disintegration, the final episode (19-24 September) will embark on the possibility of a new era, taking the lead from ideas of new geographies and hyperreality. 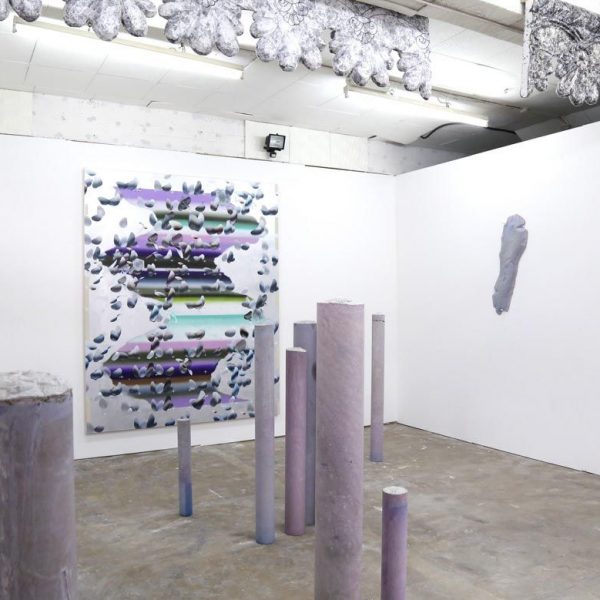 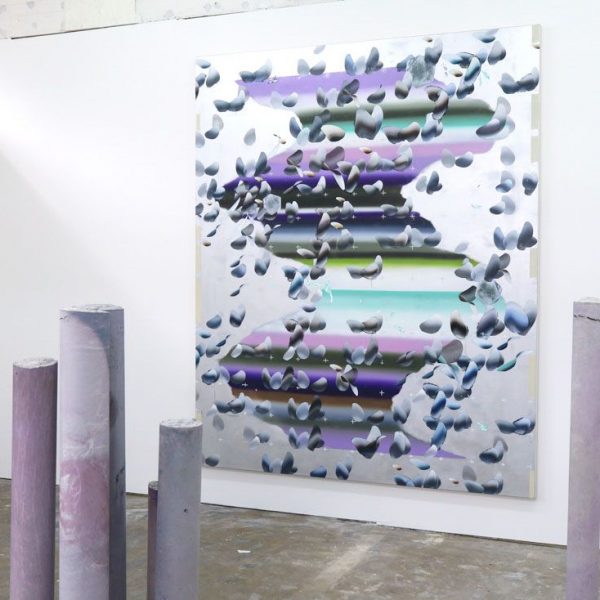 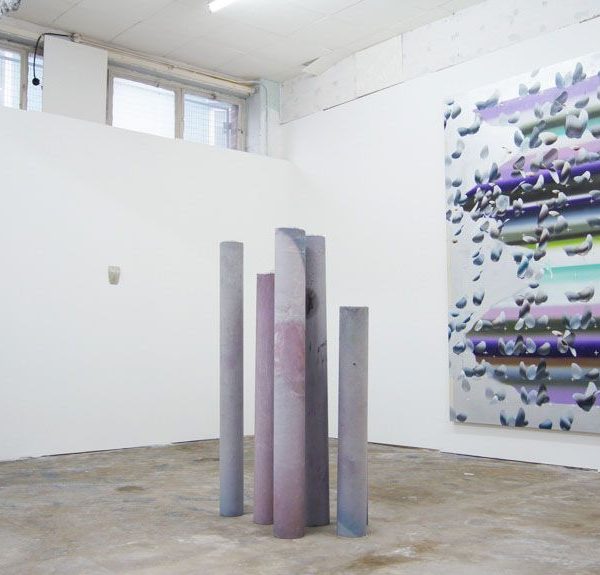 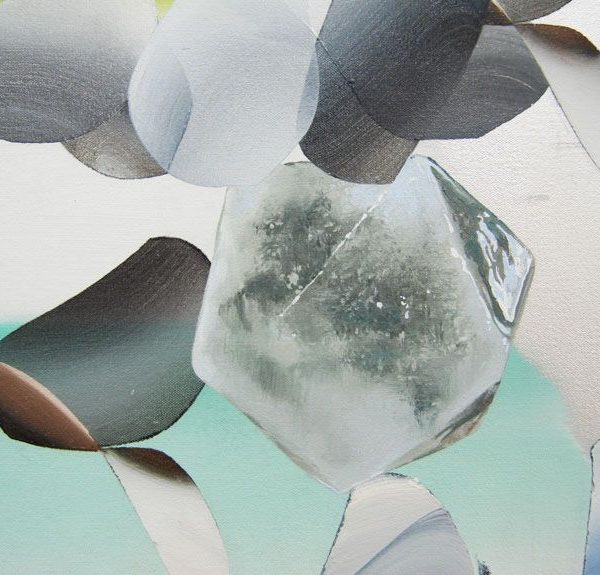 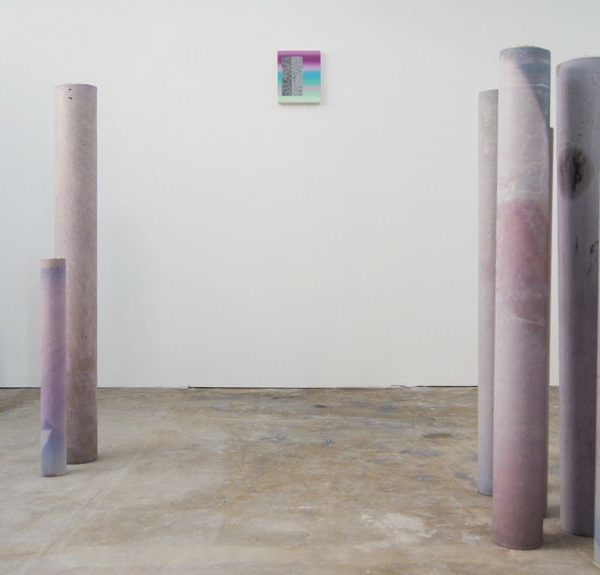 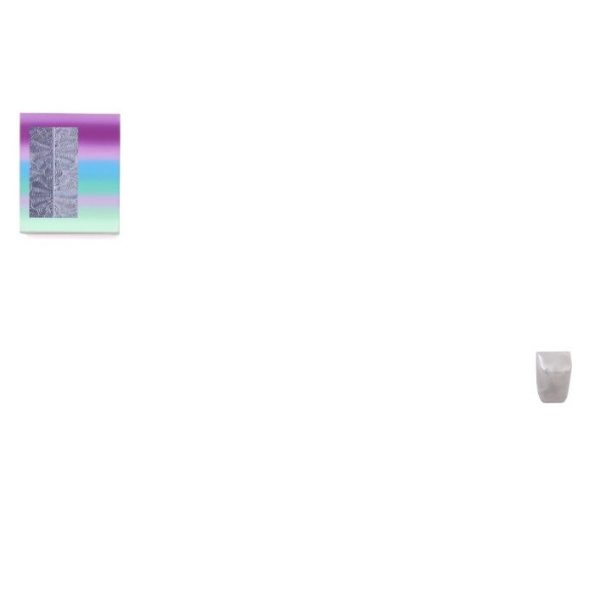 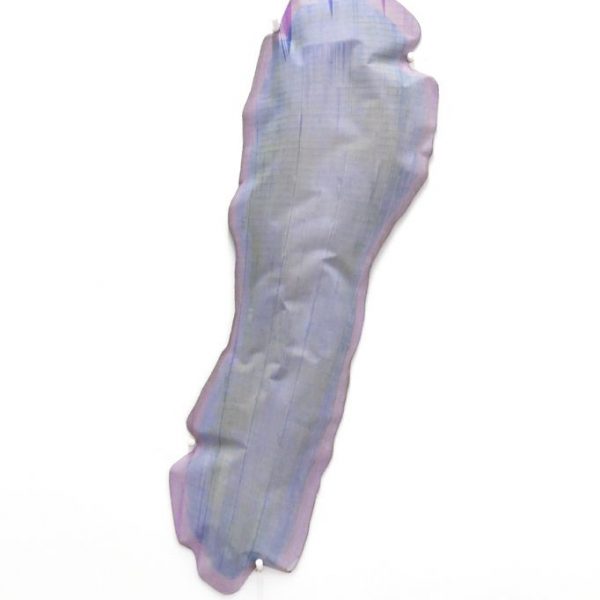 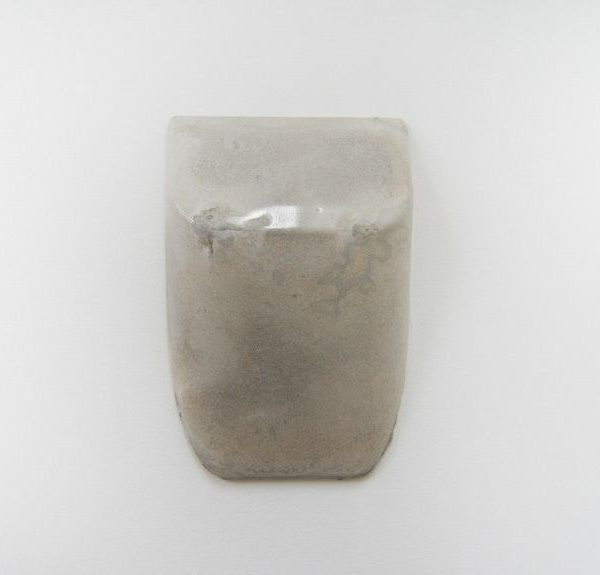 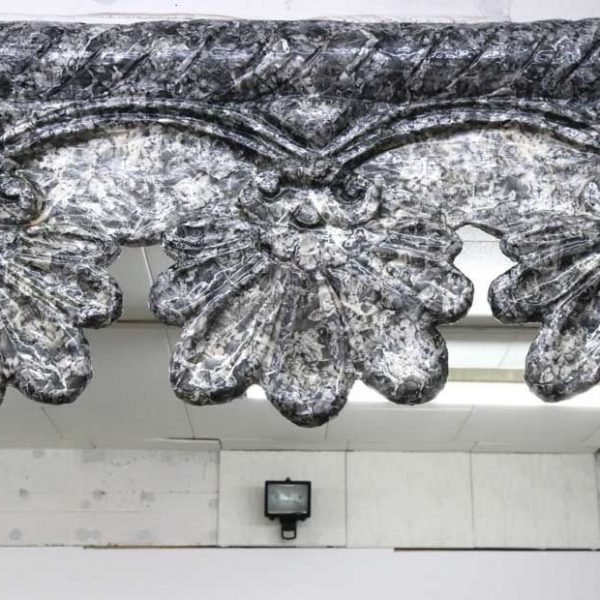 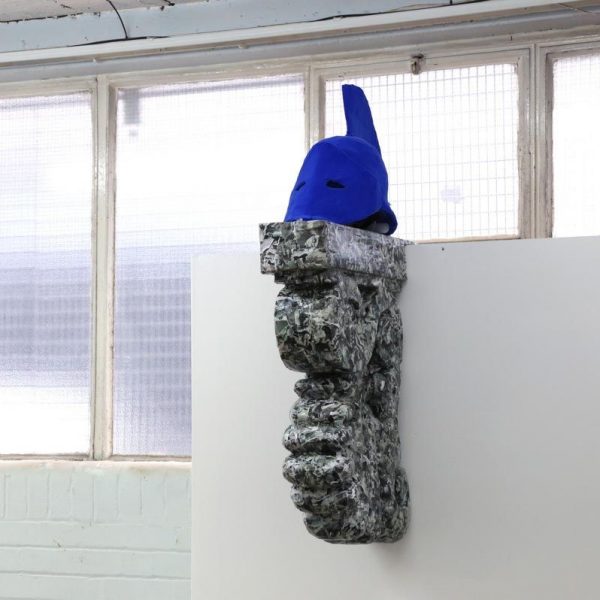 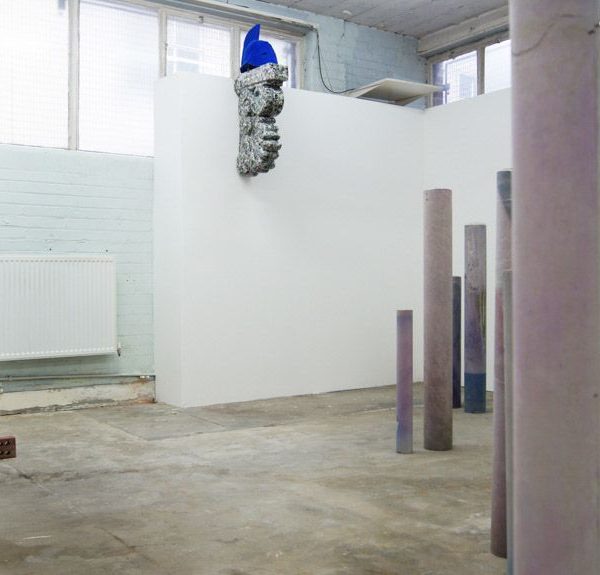 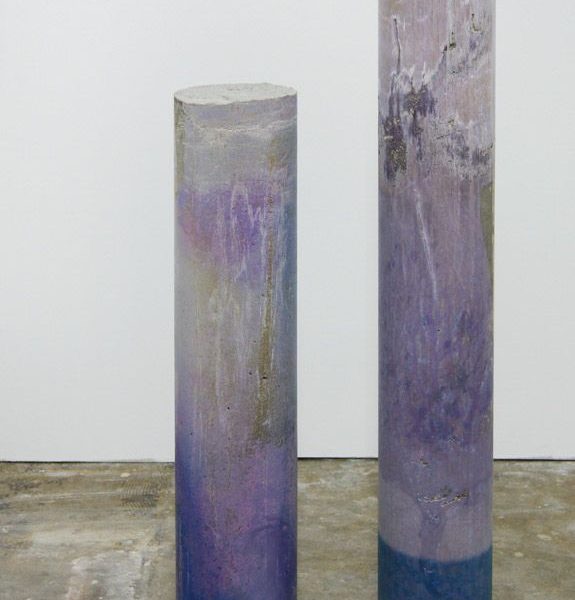 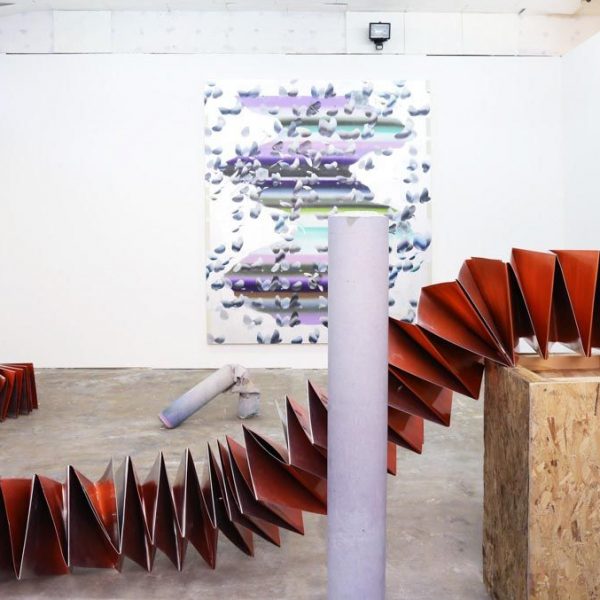 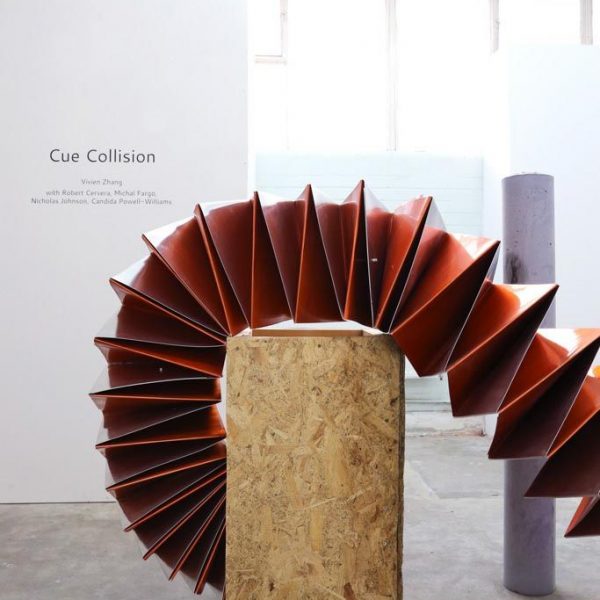 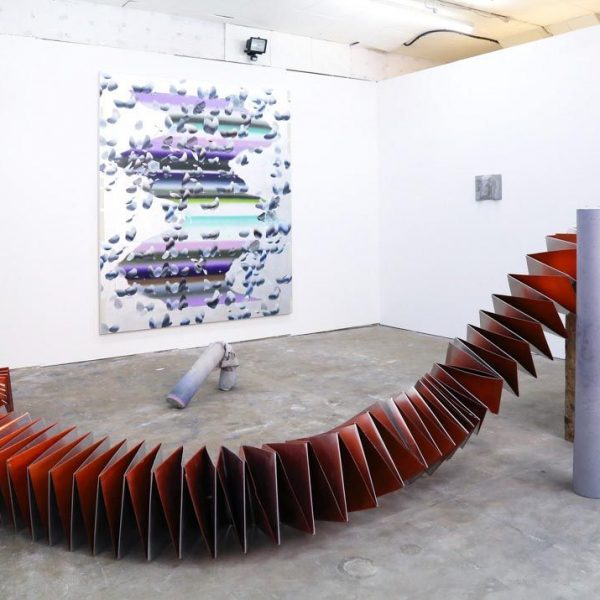 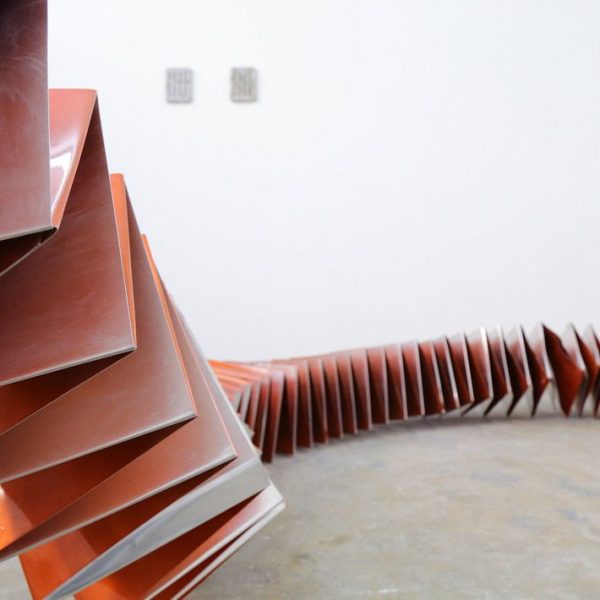 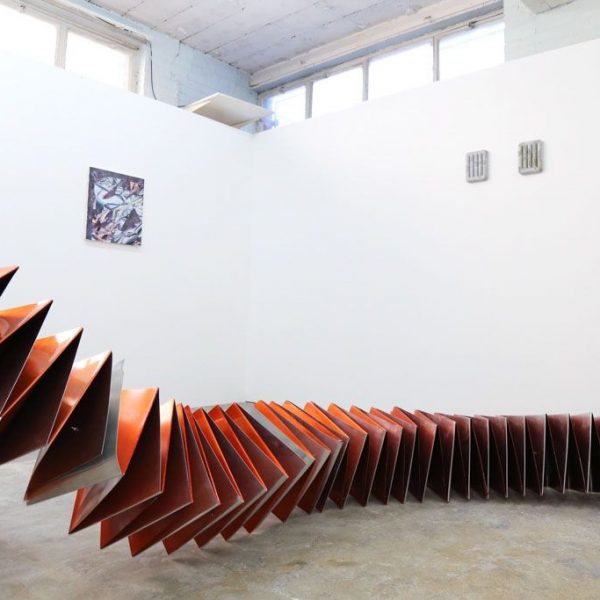 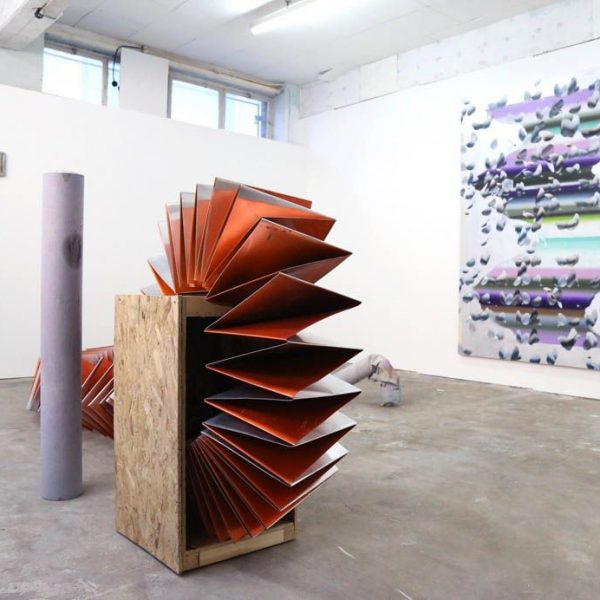 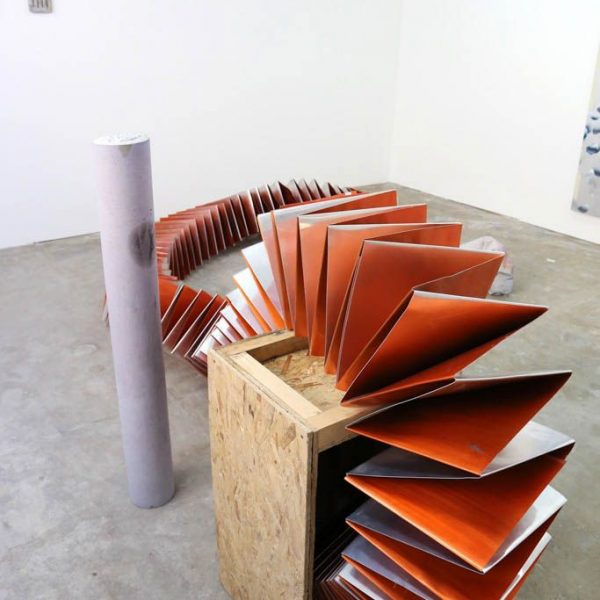 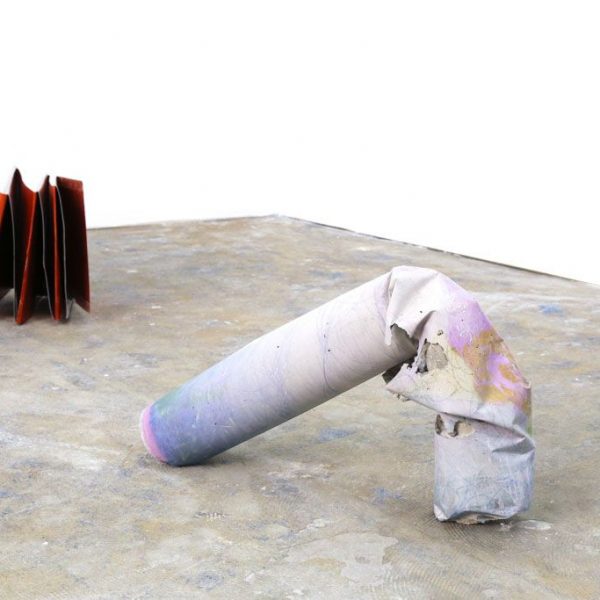 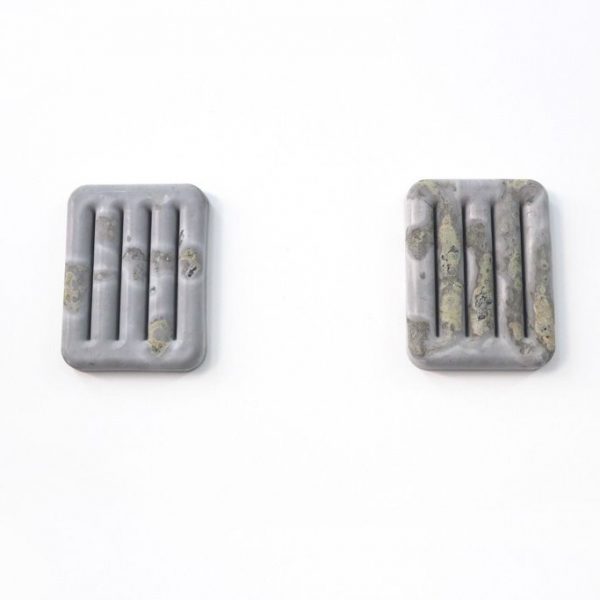 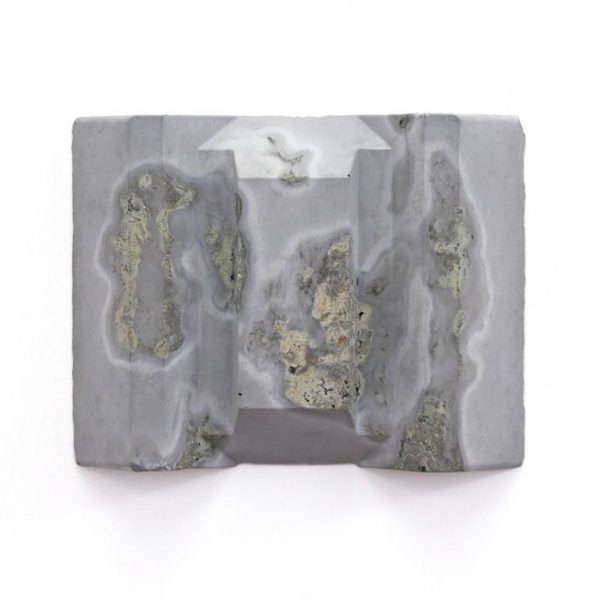 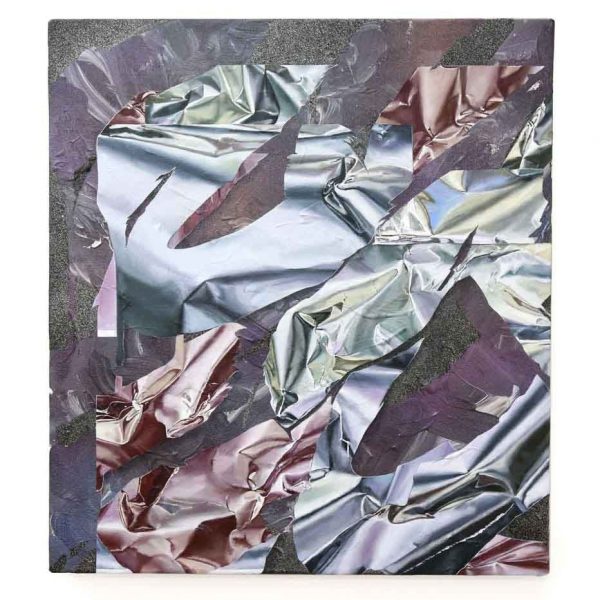 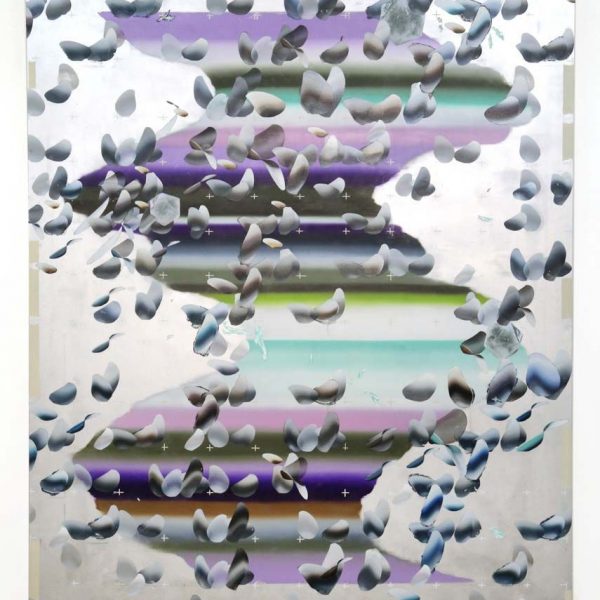 Robert Cervera (b. 1976, Barcelona) is the recipient of the Kenneth Armitage Young Sculptor Prize in 2014. Cervera’s work explores the one-to-one physical encounter between our body and the work, and re-assesses the behaviour of the materials used, which often defy their assumed roles and taxonomies. His recent sculptures are casted through photographic images of skin scratches, reservoirs and dams, where the concrete material absorbs the colours and details of the image from which they are cast. Recent exhibitions include Outpost Open Film 2016 (Selected by Ed Atkins), Outpost, Norwich (2016); Ichor, Danielle Arnaud, London (2016); Charlottenborg Spring Exhibition, Kunsthal Charlottengborg, Copenhagen (2016); and Rare Collisions of Purpose, Boetzelaer | Nispen, Amsterdam (2016).

The work of Michal Fargo (b. 1984, Tel Aviv) deals with the idea of authenticity and the fine line between imitation and interpretation within objects, vessels and materials. Prior to completing a MA degree at the Royal College of Art with the prestigious Clore-Bezalel Scholarship, Fargo received the Sidney Myer Award with an exhibition at the Shepparton Art Museum, Australia (2012); Second- Place Award at the BCA, Andenne (2012); and in 2013 the Kaolin Grand Prix Bronze Award, Jingdezhen, China (2014). In 2013 Fargo also collaborated with PCM Design (Madrid) on three design collections and received special citation for her work at the Craft Biennale, Chengjou, Korea. Fargo is now based between London and Tel-Aviv.

Nicholas William Johnson’s (b. 1982, Hawaii) pictures are heavily variegated and patterned abstractions of overgrown floral abundance. Faces emerge and illegible glyphs sprout like cordyceps from a network of impenetrable foliage. Decay and obsolescence are also recurring themes in Johnson’s work: the idea that anything, if abandoned, will ultimately be reclaimed and repurposed. In 2015 Johnson was the invited artist in residency at London’s City and Guilds Art School. Recent exhibitions include The Averard Hotel by Slate Projects, London (2016); Into the Woods, Saatchi Gallery at the Churchill, London (2015), Island III, G39, Cardiff (2015); …and the soft ground in the garden was also a constellation…, Lychee One, London (2015); and The Catlin Art Prize, London (2015).

Vivien Zhang (b. 1990, Beijing) is the recipient of the 2016-17 Abbey Award at the British School at Rome and the Chadwell Award 2014-15. Zhang’s work looks at repetition and painting as a site for assemblage. Born in China and growing up in Kenya and Thailand, Zhang’s work is influenced by her interest in the intersection of context-specific motifs and forms. Layers and motifs are juxtaposed following algorithms in digital imaging tools, reflecting on of our current ways of engagement with visual material. Recent exhibitions include Cavity Drift: Vivien Zhang, Galerie Huit, Hong Kong (2016), Sunny Side Up!, Rook & Raven, London (2016), Beyond Borders, Blain|Southern, London (2016), P.P.P, Lychee One, London (2016), and the inaugural exhibition at House of Egorn, Berlin – Mapping in Memory (2015).