Where do the contemporary Chinese ink artists stand in the art market? Most recently, twentieth century traditional ink painters such as Zhang Daqian and Qi Baishi hit their highest prices at the auction house in Hong Kong. Numerous collectors and art dealers have been amazed by the dramatic price rise of the twentieth century ink painters. In contrast, Chinese contemporary oil painters in the Political Pop and Cynical Realism idiom flourished in the Western art market in the past ten years. To some extent, they have already reached the bottleneck in this genre. Therefore, people like Michael Goedhuis are inventing the new value of Chinese contemporary ink painting in the west. Are we falling behind him in ‘real culture revolution’?

Michael Goedhuis is clearly a prominent figure in promoting Chinese contemporary ink painting. He has spent two decades specializing in early Asian art. He founded Michael Goedhuis Ltd. in London in 1989, inaugurating the New York space in January 2002. The Gallery’s principal activities today are the promotion of the best Chinese contemporary art as well as Chinese works of art from the Neolithic Period to Modern. Their current program concentrates on directing attention to the contemporary Chinese ink painters working throughout the world today. Many of us maybe know his name by the world renowned Estella Collection. Mr Goedhuis is now amassing a new collection of Chinese ink painting. In his view, the contemporary ink painting represents the richness of Chinese past and creates the new language out of the past.

Mr Goedhuis believes that China is currently undergoing a true ‘Cultural Revolution’, which is not confined to art but is manifest in film, music, theatre, design, dance and literature and is leading to a rapid expansion of investment in art by a new generation of collectors.

So many great civilization fall into the obsolete history book and never come back, but China has made its back both economically and culturally in this century. What Mr Goedhuis is doing now is to promote the value and understanding of Chinese history to the western people. He states that understanding Chinese past gives you the access to the Chinese intellectual culture. What western people love about China are the whole literati culture, the gentlemen scholar and cultivated attitude.

The Gallery is presenting a series of exhibitions that highlights the importance of these artists as well as illustrates how bold and innovative their contribution to the development of cultural life in China is. The policy of the gallery is to give intensive exposure to its artists in one-person exhibitions in London, China and New York and also through its network of art fairs in America, Europe and Asia. Mr Goedhuis strongly believes that Chinese contemporary art is still at an early stage of recognition both in Asia and the West. It therefore offers exceptionally exciting and fruitful opportunities for collectors and museums. It is the objective of Michael Goedhuis Ltd. to participate fully in restoring important works to committed institutional and private collections in China, as well as continuing to stimulate interest amongst museums in the West.

Over the last 15 years, Mr Goedhuis has established himself as a pioneer in the field of modern and contemporary Chinese art, carefully identifying the best and most original artists working today. The gallery now represents 35 ink artists from different generations (from the 1930s to the 1970s). He stimulated interest among most promising and emerging artists as well as the most established masters from Mainland China, Taiwan and Hong Kong. Most of the artists represented by Mr Goedhuis have a very dynamic and pluralistic background and life experience. Among these ink artists, Liu Dan, Xu Lei and Yao Jui-Chung attracted our attention for their innovative ink painting in the status quo.

Liu Dan was born in Nanjing in 1953. He studied the Confucian classics, poetry, painting and calligraphy from his grandfather at an early age. After the Cultural Revolution, he studied traditional painting under Ya Ming at the newly reopened Jiangsu Traditional Chinese Painting Institute from 1978 to 1981. He moved to Hawaii in 1981 where he studied western art and matured as an artist before moving to New York in 1992 and returning to China in 2006. Both his early years training in traditional Chinese art and philosophy and his later twenty-five years in the United States have greatly contributed to his very personal and sophisticated style. Especially his Scholar’s Rock series, imitate both physical and spiritual meaning of the rocks. In China, rocks have been collected and appreciated by connoisseurs for millennia. It represents an intrinsic connection between the nature and the landscape. By viewing a rock, it may suggest its viewers to explore the external landscape. The artist created this series in order to transcendence the limitation between the spiritual and metaphysical space and the psychical world. In general, Liu Dan’s ink paintings are all fastidiously conceived complex works that highlight his concern to emphasize underlying compositional structure over virtuoso expressions of showy brushwork.

Xu Lei (born in Jiangsu in 1963) has established himself as one of the most distinguished contemporary artists in classics fine-line (Gongbi) style. Xu Lei was involved in the development of experimental art in China, and was part of the so-called 85 New Wave Art Movement. He returned to the ink painting in the 1990s. His classics fine-line style not only refers to the Song court painting but also initiates a touch of Surrealism and conceptual art. His style has been regarded as noble and passive in which most of his paintings were painted in blue and white colour and seldom have human figures. One may argue that his painting represents a sense of loneliness and isolation, perhaps indicating the fate of the individual in the contemporary world.

Last but not least, Yao Jui-Chung is a Taiwanese artist born in 1969. His works on ‘Small Landscape’ series is now exhibited at the Michael Goedhuis Contemporary Gallery. This is the most recent works by the artist using ink on paper. Although he did not use a brush, but his paintings incorporate direct references to the traditional canon but break away and refresh themselves by the free use of colour and gold and the rejection of ink painting’s pictorial conventions. Yao’s professional life has made him a very interesting figure in the art world. He is also a curator, art-critic and art historian and has been dedicated to evaluating and promoting Taiwanese contemporary art both in Taiwan and internationally. He graduated from Taipei National University of the Arts and continues to teach at the University. His works also express a sense of humor, such as the horn portrayed on the scholarly dressed figure in the ‘Butterfly Diagram’ (2011). Michael Goedhuis states, “Yao Jui-Chung’s aesthetic trajectory is profoundly original in its choice of technique and subject matter but deals with the ever-present tension in Chinese art between the past and the present. With an elegance and simplicity that have added significantly to the contemporary repertoire.”

In general, Mr Goedhuis believes the ink painting is the next big thing in the contemporary art world. It is interesting intellectually, culturally, aesthetically, and also from a commercial point view. Our editorial team deems that we will definitely see more and more intriguing contemporary ink paintings coming up in the museums, galleries and auction houses in the near future around the world. 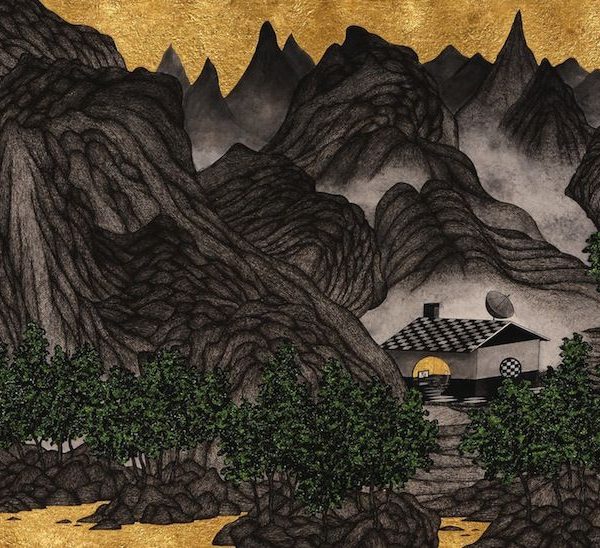 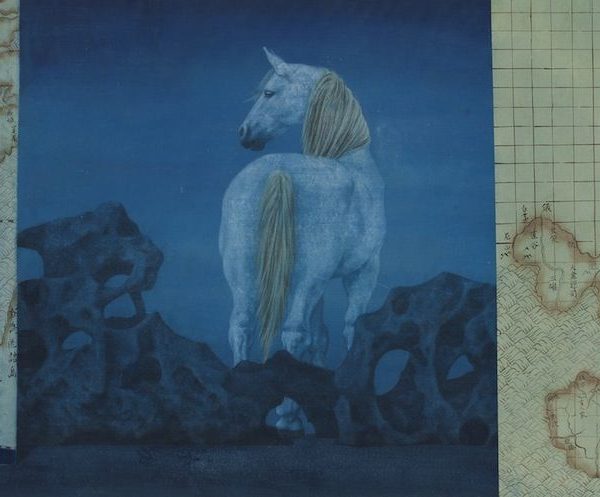 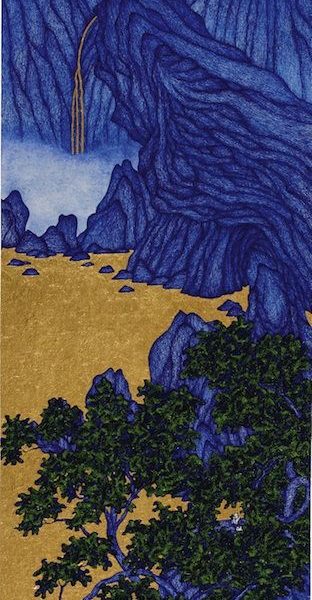 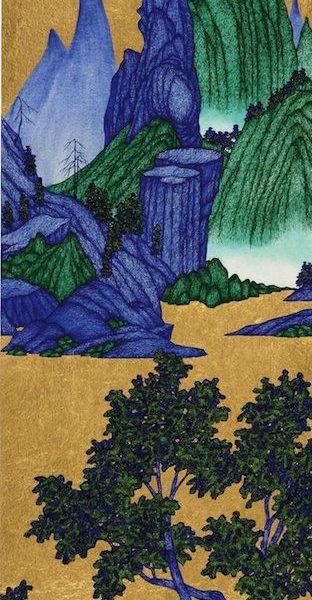