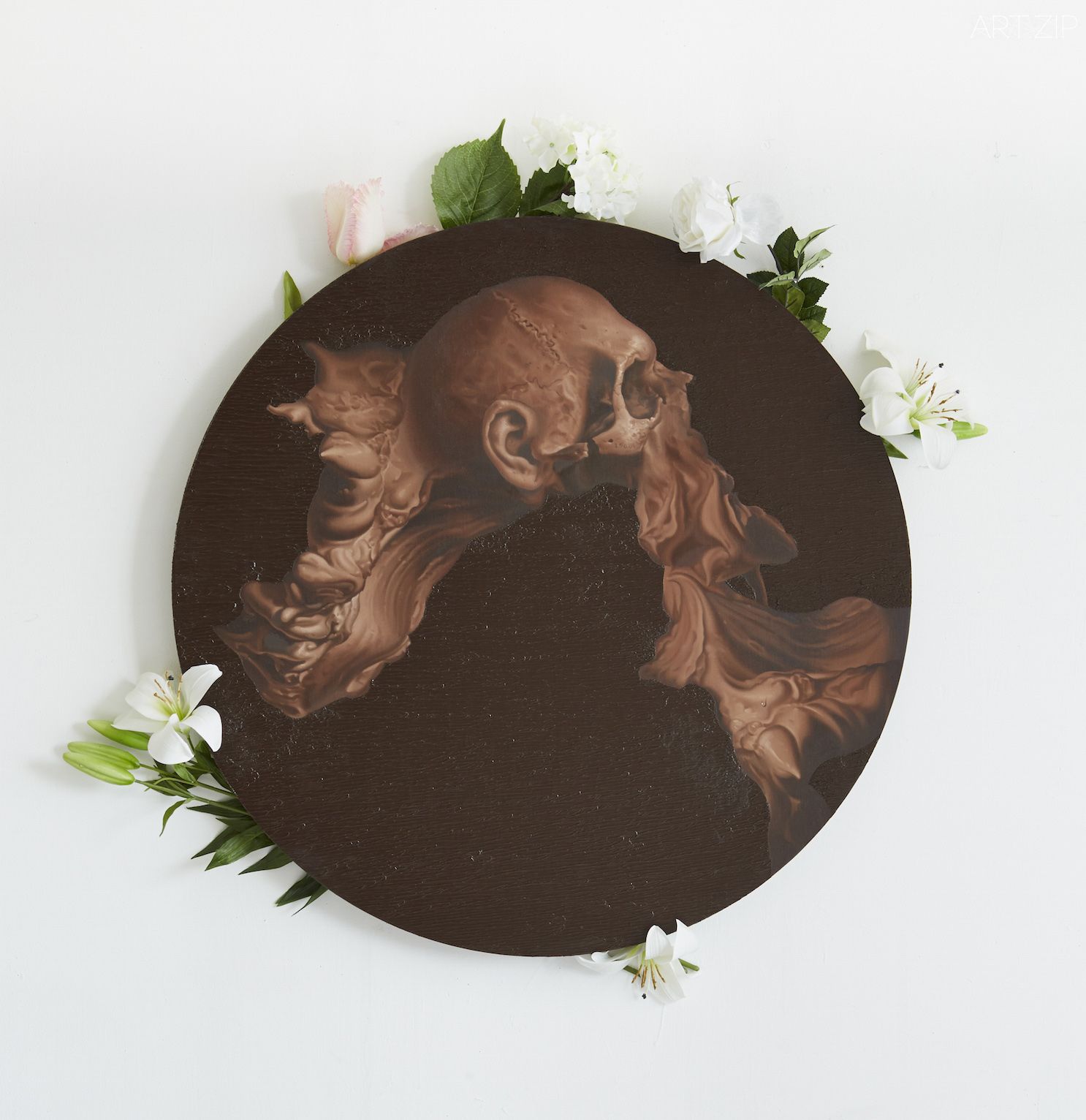 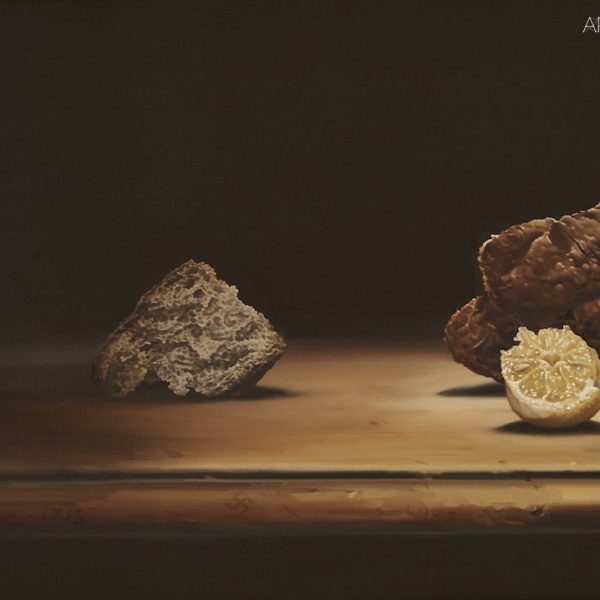 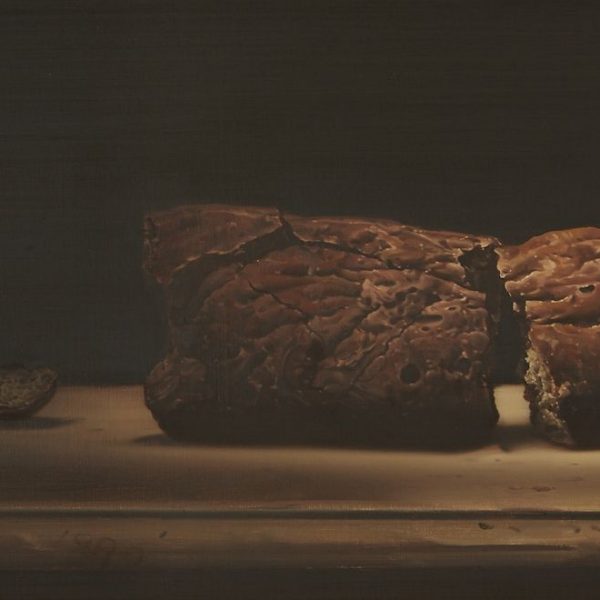 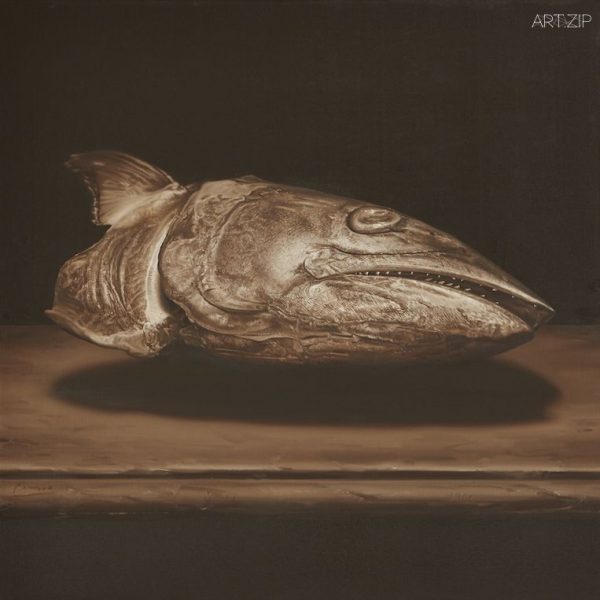 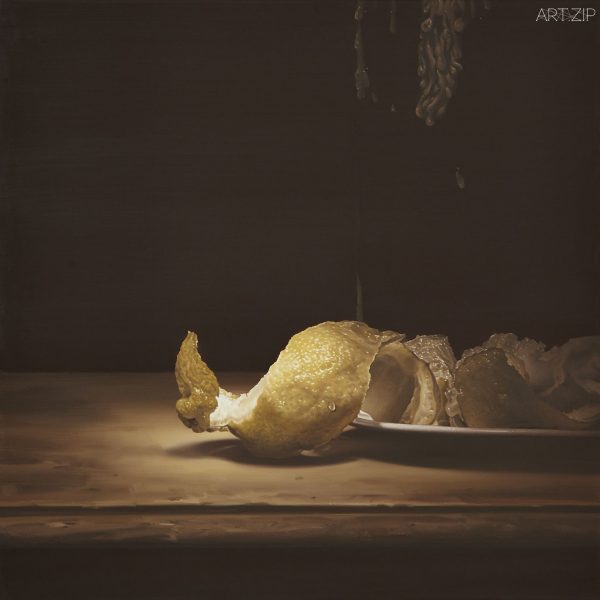 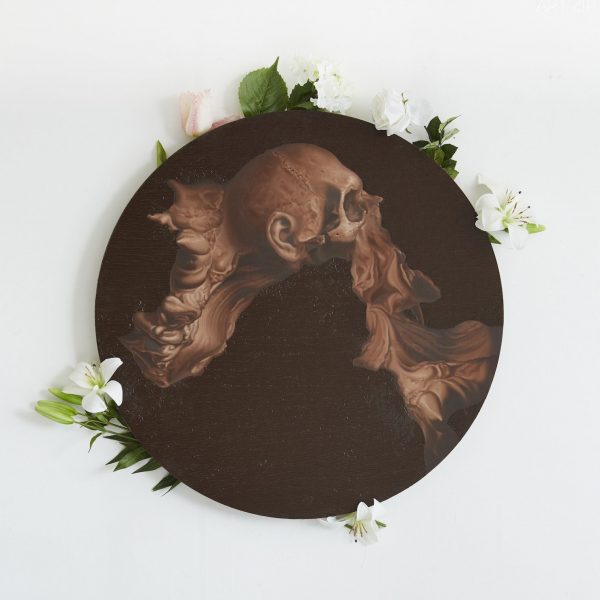 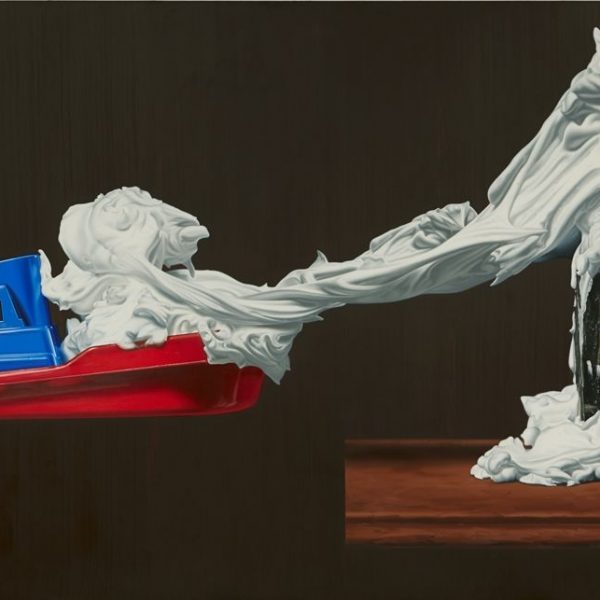 Hynek Martinec’s recent paintings are grisaille still lifes that play with the archetypes of the devotional picture and the vanitas. For example, both Every Minute You Are Closer to Death (2013) and Experience of Being Alive (2014) are still lifes in the tradition of the Dutch masters of the genre, yet contain contemporary objects from the twenty first century, a digital radio and a tablet computer displaying Damien Hirst’s grinning diamond skull. You Will Become As My God (2013) depicts a complex still life before a vague interior space. The composition includes not only flowers, bread and a crab, but a party balloon. The whole is distorted with shaving foam and pierced by an arrow like a strange St Sebastian. The setting is an abandoned dancehall.

Martinec uses religious symbolism as in the twenty first century religion is still a pervasive part of our daily lives. It surrounds us and permeates throughout society, a fact of life whether we choose to partake or reject. However, there is also a powerful sense that in his work Martinec is pushing beyond the surface of things, perceiving meanings and interconnections that locate profundity in mundane reality. His intense contemplation of the world through which he moves seems to allow him to perceive a spiritual life like a shadow behind everyday reality.

In Six Years of Tabula Rasa (2013-14) a dead bird lies suspended in indeterminate space before a kitsch bleeding heart symbol. This strange composition is set against a landscape, dimly perceived, that in fact represents the house where Martinec grew up. It is important to understand that the work is suffused with autobiographical detail. Everything he paints has personal meaning. His great skill is to take these moments of personal significance and render them as universal symbols.

A spray of shaving foam transforms the shape of a skull. In another painting it forms a ‘sculpture’ but then subsequently collapses beneath the weight of a brick. Like wax, shaving foam is a fluid and mutable substance. It can be sculpted into suggestive shapes, but with time it will lose its form and collapse, becoming nothing but a pool of soapy liquid. It can appear solid but its inevitable collapse is inherent, like the party balloon. As such it is another vanitas symbol, albeit a very contemporary one.

Time is a key theme. Alongside the still lifes are a series of delicate portraits painted from old photographs, such as Good Morning Young Artist (2015). Martinec is fascinated by the drift between the moment in time when the camera’s shutter was released, and the present moment, when he holds the antique print between his fingers and gazes back into time. Equally, his own photographs, which form the basis for his paintings, seem to strive for a condition of age. Martinec uses the camera to hold time, and the transition of the image into paint seems to stretch out this process. One has the sense that the studio is a space in which time does not behave as it does elsewhere. It is a place where many realities co-exist. 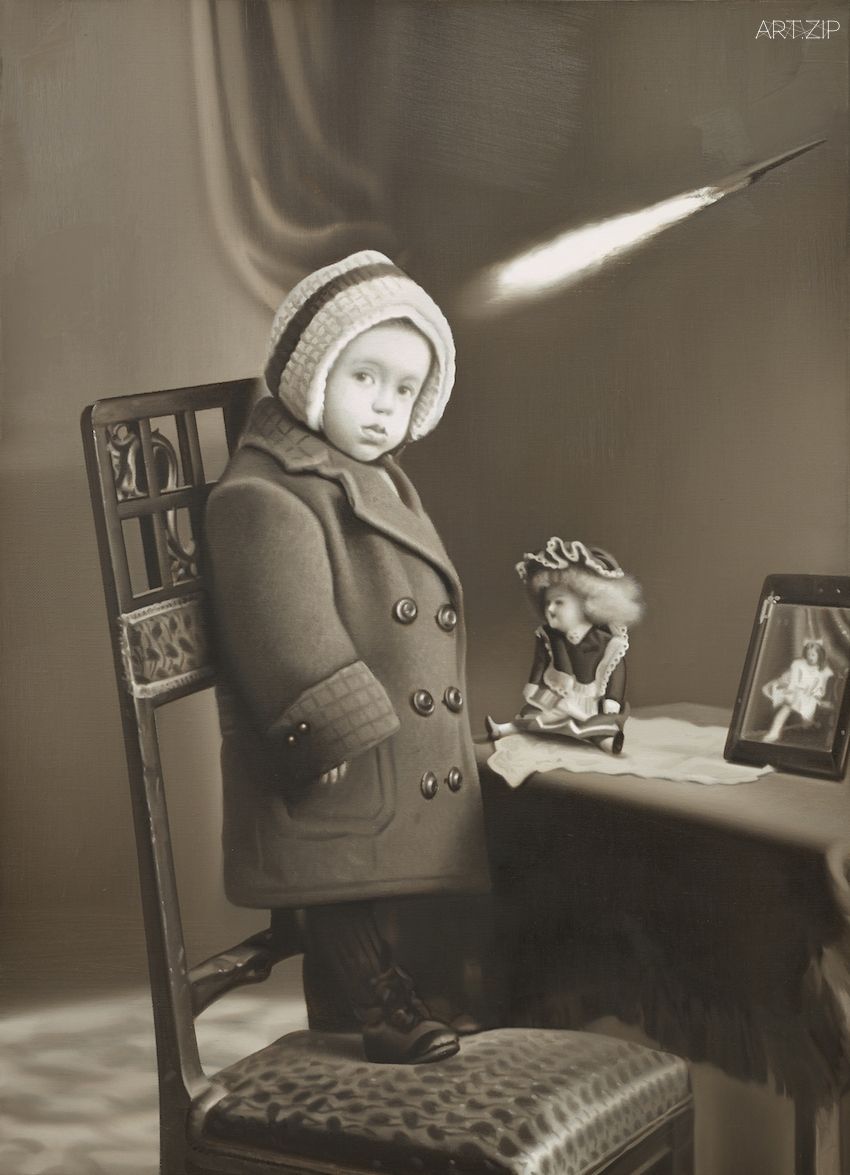 A brief inventory of some of the objects depicted in the new paintings suggests a strange cornucopia: a crab, a digital radio, bread, brick, cotton buds, octopus, cardboard box, flowers, balloon, Buddha, skull, lemon peel, shaving foam, computer, dead bird, fish, alarm clock. What does it mean to render these things in paint? To slowly and painstakingly layer paint onto paint onto canvas, to render a photographic image – the product of a single moment in time – including the peculiarities of focus, as a hyper-real painting? It means that time congeals around the image. It builds up on the painting like coral on a reef, or crystals upon a rock.