KAWS combines a dystopian take on pop culture with sculpture. In his first UK museum show, the American artist presents a range of two and three-dimensional works.

The most prominent of these are the monumental sculptures situated within the landscape of the Yorkshire Sculpture Park. These figures are combinations of familiar imagery, such as Mickey Mouse’s gloves or Pinocchio’s nose. However, they are not filled with joy, as is normally expected from cartoon characters, instead they seem permanently in a state of depression or anxiety. This situates KAWS’s work in a linage from Jeff Koons and Claes Oldenburg, artists who merge pop culture merchandise with fine art. KAWS signature figures lack the carefree quality of their animated brethren. The cartoons have grown up and become weary.

Alongside the outdoor sculptures are a collection of colorful characters situated within the Longside Gallery. However, the eye-catching works are a series of five specially made paintings, which span one wall of the gallery. The series is composed of abstract lines, akin to a sprawling mass of graffiti, on top of which lurks a cartoon figure.

KAWS pulls together aspects of cartoon culture, like a pop cultural assemblage. His style opens up fine art to young audience, drawing in those from youth cultures. This is represented in his diverse work across art, fashion and music, and his large Instagram following. KAWS brings contemporary visual culture: graffiti, gifs and instant messaging into fine art. KAWS makes work for the emoji generation.

KAWS is at Yorkshire Sculpture Park until 12th June 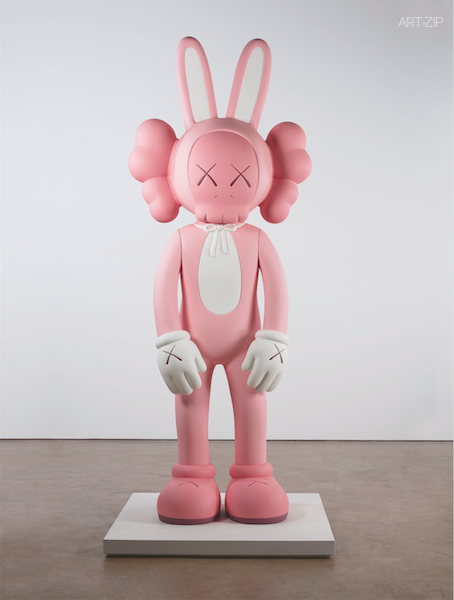 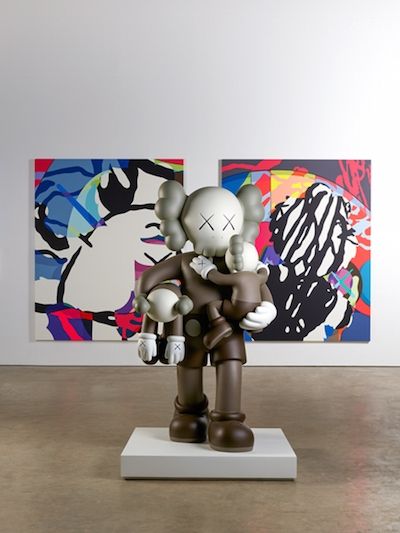 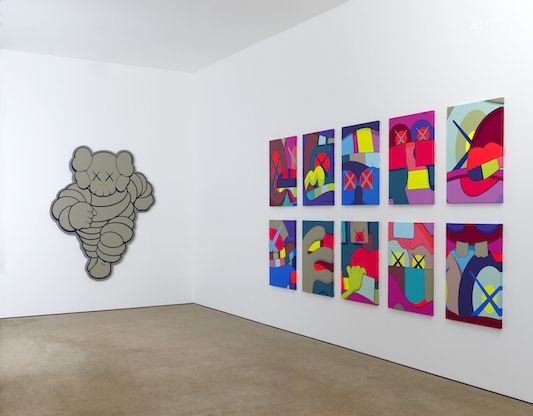 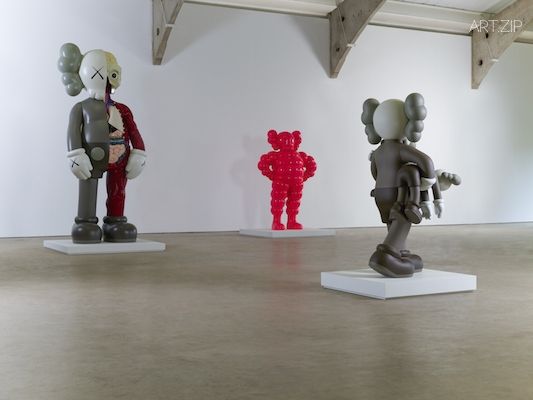 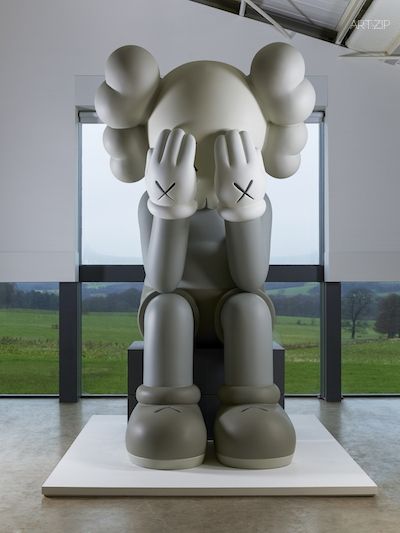 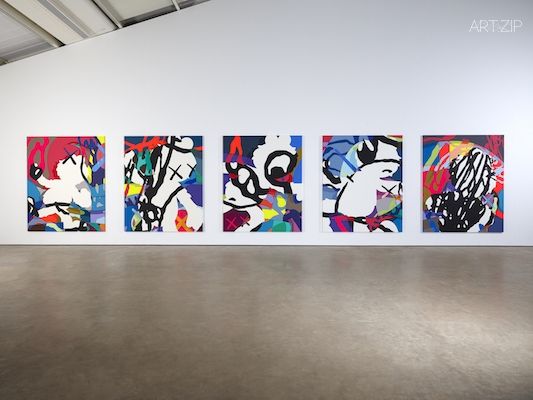