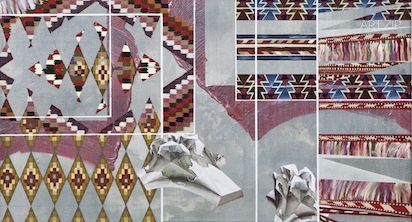 On the eve of Vivien Zhang’s debut solo exhibition at Galerie Huit, Hong Kong, ART.ZIP invites Monica Chung, curator and consultant, to interview the artist about her new paintings and art practice.

ART.ZIP: How would you define your work?

VZ: I’d like to think of my work as a site for the assemblage of context-specific motifs, where it no longer serves as a place for the narration or representation of an image, scene, or even idea. It’s where elements congregate, to allow new collisions and the rise of a placeless-ness.

ART.ZIP: In your forthcoming exhibition, there is a painting titled ‘Double Bloom’. In it, you have incorporated your signatory painted motifs. What inspires this form of repetitive narrative?

VZ: Double Bloom came about initially as I was thinking about the idea of the “double” as a form of repetition. Repetition doesn’t only refer to the multiple; a one-time repeat or a double, is also repetition. I had done some drawings before with stickers I found at a stationary mall in China (my childhood heavens). In the drawings, the stickers were arranged in clusters, and posed a similarity to a print in The Grammar of Japanese Ornament – a book I have been looking at for some time. So adapting the composition of this particular Japanese print with the stickers, I wanted to create a work for my next show that highlights repetition in a less familiar order. These were the initial points from which I approached this painting. 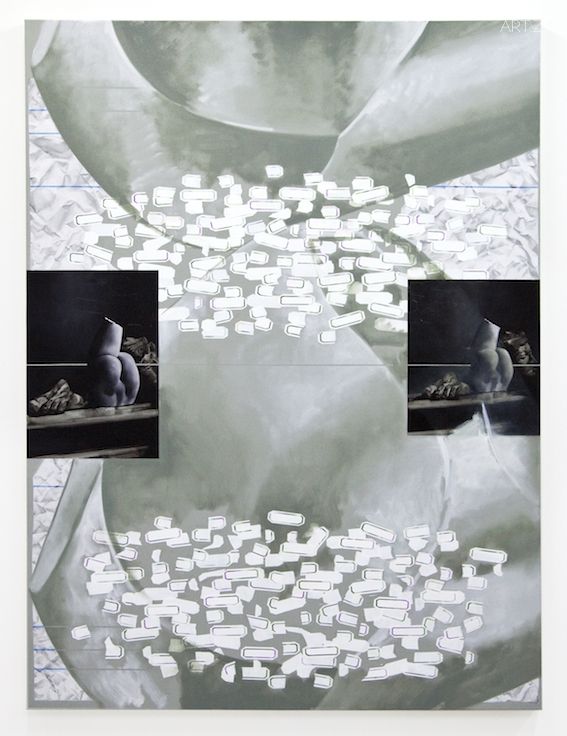 ART.ZIP: Is it intentional that your motifs resemble stickers? What gesture are you making through mimicking rather than applying real stickers?

VZ: Yes, the motifs are executed in a way to resemble actual stickers. Trompe l’oeil plays a large part in my work. In Double Bloom, the stickers’ edges are accentuated to produce a volume, retaining the effect of an additional layer pasted onto something. Painting the stickers gave me the freedom to manipulate their scale and colours, so that my stickers are less of a linear translation of the real. I am more interested in the aftermath of juxtaposing different signs in my work than the ready-made. I didn’t want to confuse the conversation by using stickers directly. Another motif I used in Double Bloom was the gömböc, which can be seen in some other works of mine. The gömböc here situates in the background of the painting, and are enlarged extensively that the duo spill out of the canvas.

I re-employ motifs across different works. In each work I like to think of them as having transformed, metamorphosed, or a subsidiary characteristic of the motif is highlighted instead of its exact original self – it could be the negative space of the motif, or imagining a folded version of it in print. Particularly because of today’s climate – where inspections on the artist’s persona and status are evermore prevalent when looking at a work of art – I want to ask, through deliberate control of how accessible the motifs and images are in my work: how does it affect the audience’s speculations on my work; how does the distance between the audience, my work, and myself change, when the exercise of revealing and taking away components of recognisable motifs and images is visible?

ART.ZIP: Other familiar icons in your work are the shapes and forms that float like fragments across the canvas. Do you view them as such?

VZ: I am very interested in fragmentation and fragility, initially as I was thinking about emotional instability and later on, in thinking about the increase in speeds and temporal gaps in our daily experiences, and also how the digital has contributed to forming fragmentary shifts and distractions in our experiences too. 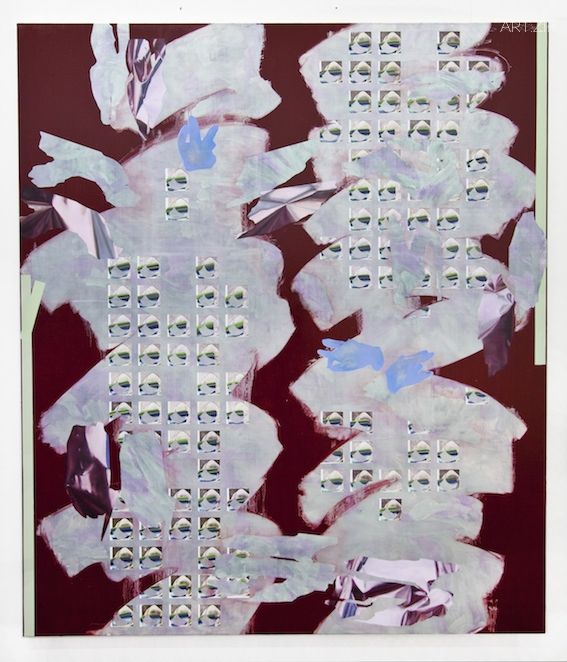 ART.ZIP: With one of your paintings, ‘Surf: String Theory’, what does the title refer to? Is the familiar kilim pattern suggesting that the piece is influenced by impressions on your childhood spent in Asia then Africa.

VZ: Surf: String Theory is the first of a series of works all based on kilims. The first part of the title, “surf”, references the title of a recent show – “Surf the Anodyne”. The word refers to making work in a way by “riding” on a specified process. When I was titling this small painting, I had known I wanted to make this into a series, with variations in the kilim pattern – this is a reflection of how kilim production is heavily based on their tradition and heritage, and also of my own interrogation in having a specified or formulaic working process in an artistic practice.

Kilims have always been in my childhood surroundings. Even now in my parents’ modern Hong Kong apartment, African furniture and Iranian kilims dominate the ambience. I moved to Nairobi, Kenya, with my mother at the age of ten, and four years later when we left, my mother traded her Ikea and Chinese furniture for African ones. They’ve been with us since and for a long time I took all those objects for granted.

“String theory”, the second part of the title, refers to my interest in gravity. Increasingly, I feel a shift in physical weight in my paintings, probably as a result of looking a lot at the collages of Hannah Höch. A sense of cut-and-paste has become more prominent perhaps, where everything is floating and the relationships in my paintings are front-and-back, rather than foreground-and-background, which denotes gravitational weight and is associated with real space and landscapes. 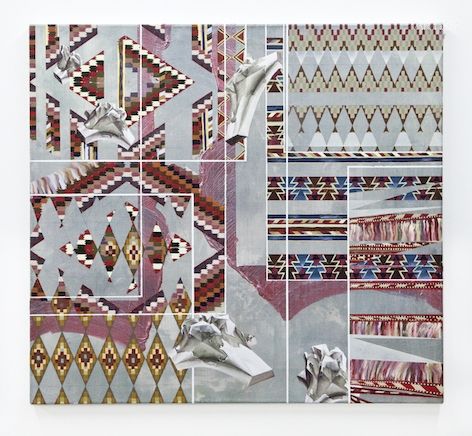 ART.ZIP: How do you arrive at your palette where there is a tension between bright and bold colours and the subdued tones and shadows?

VZ: It may be more about avoiding very straightforward combinations, such as direct complementary colours. I can use Order, Oscillation, and Pretence Gesture (Shape Green) (2013) as an example. In this work, the most important element is the shapes, which are devised by Swiss artist Johannes Itten. Itten allocated shapes to represent specific colours, and the shape in this painting represents the colour green. The shapes became placeholders in order for me to deal with red – a very strong colour I usually find difficult to work with.

ART.ZIP: Is it a conscious step to shift the palette in your new paintings towards grey and neutral tones?

VZ: Retracing my steps, I think what happened was I didn’t wanted to start a painting with a solid pastel colour anymore. That dominated my works up to 2014. Instead, I wanted to trace washes of strokes – something I observed when sanding the ground of my paintings with water and waterproof sandpaper. During the same period I started using chameleon flip paint, which changes colour from different angles, and also metallic paint as I became interested in the aluminium foil as a motif in my work. Metallic paint and aluminium foil are both metals, and the foil in particular started playing a big role in my work. In relation to fragility, the foil comes from such a robust material, yet it is extremely malleable and when it is crumpled it’s broken, but it can still exist as one entity. I’m very attracted to the dichotomy in these materials.

ART.ZIP: In your childhood, you moved from Beijing to Nairobi then to Bangkok. Do you think travelling between such diverse cultures has influenced your work? Would you view your motifs as stamps on an envelope? What’s your notion of identity?

VZ: Having lived in all these places has definitely influenced me, and my work. To start with I revisited a lot of Chinese cultural artefacts through my work, in an attempt to re-claim my native culture and heritage I felt increasingly distant from. Though, quickly, I began to realise not only did it prose a lot of problems to only use Chinese motifs in my work (because of my look and also being a “Chinese artist” by nationality), it also wasn’t a comprehensive reflection of my experience and actual identity.

So then I started to look at objects that have been in my surroundings growing up, like African sculptures and instruments in my parents’ house. This introduced new geographies in my work and is more considerate of where I come from and where I am. At the same time, I also think having an “identity” often means you’re bound because of the need to identify with certain conventions, characteristics and assumptions. The proposition I want to make with my work, though, is to lose discreet and closed associations with specific places, definitions and badges because of the direction we’re moving in – evermore fluid, volatile, transient, and also with more intersections and congruencies.

ART.ZIP: Having now settled in London, would you say that your paintings are creating some sort of visual identity for you and of you?

VZ: I receive comments telling me so more than I am consciously trying to cultivate one. There are definitely habits and considered processes of working. Between observing the accelerations around us and being a painter (painters are known to constantly ask themselves “what to paint next?”), I started setting up a self-referential way of working, where elements from one work would feed into the next. I mentioned this previously on reiterating motifs. So I think inevitably shifts and moves I make translate in my work, they leave a trace. However, if such an identity forms it would be natural and unstudied. I’m much more concerned with how to take a leap, what to interrupt, break and disobey in my work, than manifesting a specific character. 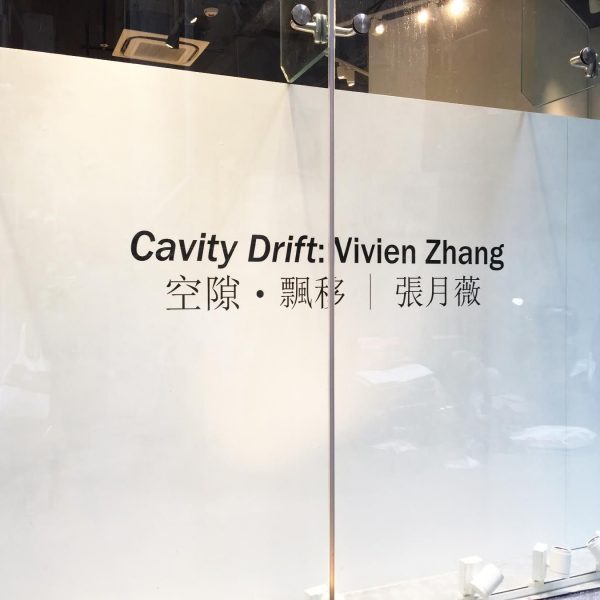 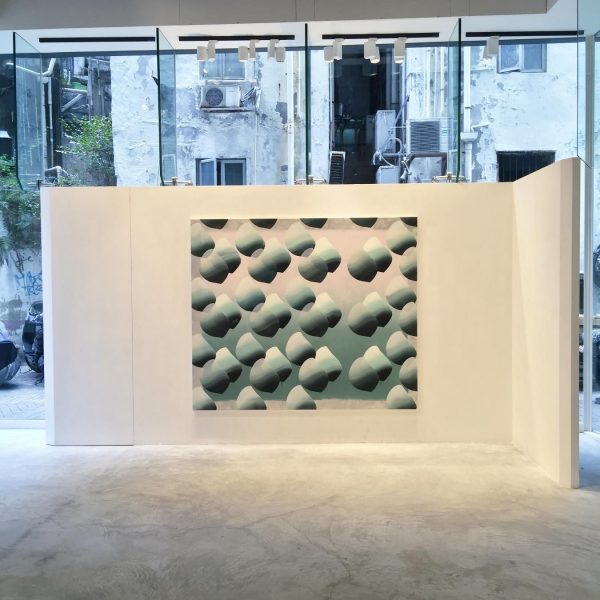 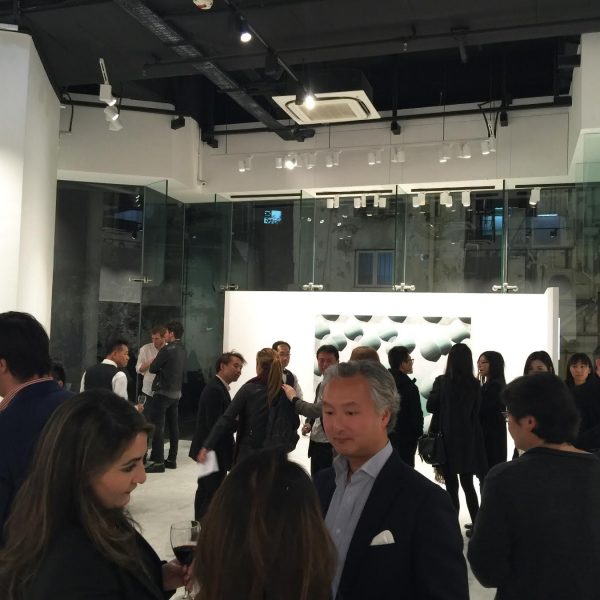 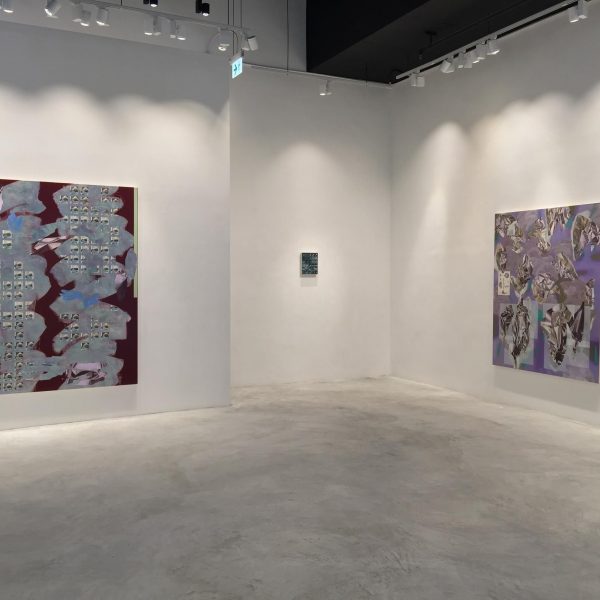