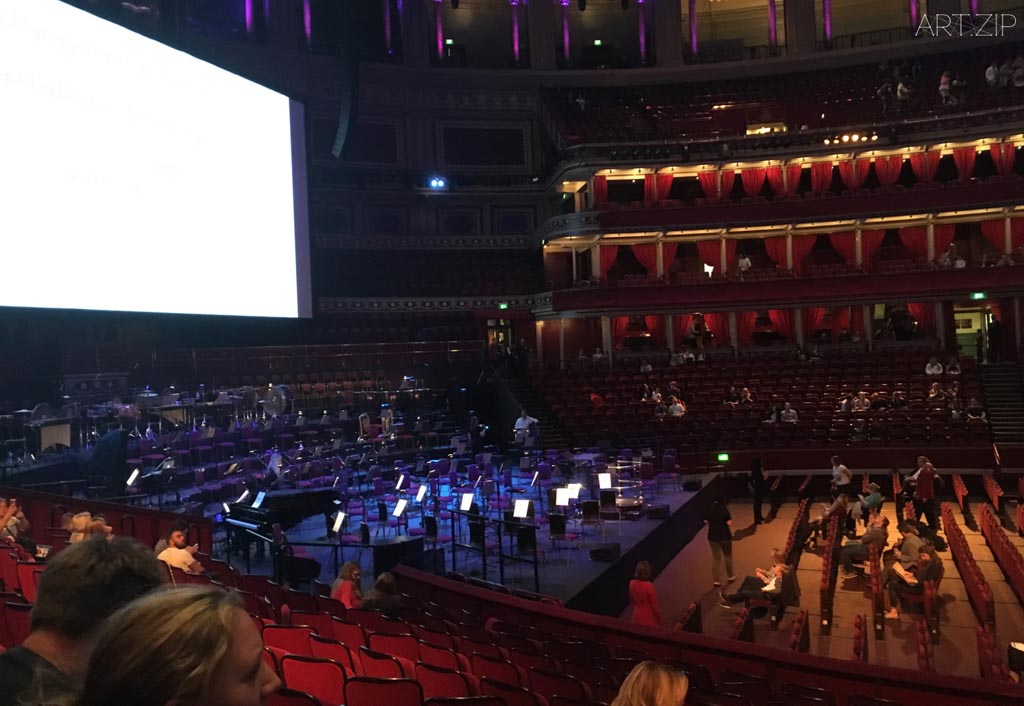 The Royal Albert Hall prior to Films in Concert: Harry Potter and The Philosopher’s Stone, 2017

Film concerts seem to be everywhere at the moment. You can book tickets to watch La La Land, Jaws, and The Adams Family with a live orchestra. The aim is to take these wonderful scores and have them performed live with the film being projected on a large scale. Last weekend I went to see Harry Potter and the Philsopher’s Stone at the Royal Albert hall with a live orchestra. John Williams’ score for the first Harry Potter film captures the magical surroundings and produces musical threads that are taken and expanded in the subsequent films. When a film is shown in this way, with a live orchestra, immediately something in the cinematic experience has changed. A section of the soundtrack, for want of a better word, is not being played through a speaker system, but is instead performed live in front of the audience. This musical section is separated from its filmic brethren and instead of existing as a recording is now live. It is now a performance. There is, therefore a separation from the norms of cinema. Normally with orchestral music in cinema, the orchestra plays the music and then gets recorded and then place alongside the dialogue, sound effects and visual track.

The films in concert events introduce the arena of the live into film. When a film is watched at home, unless you have an expensive home cinema system, the sound comes at you from a single point of origin, usually the same area as the visuals. This is obviously a huge difference from the live orchestra. However, the differences between a live orchestra and a surround system in a cinema is, on the surface, harder to spot. Like the sound at the royal albert hall, cinematic sound surrounds the audience. Unlike, cinema sound however, live orchestral sound has a viewable point of origin. I can see each pluck of the harp and hear its corresponding sound. Live orchestral sound is a softer experience, still visceral but not as strong as cinematic sound.  Cinematic surround sound is pumped through the audience, their bodies feeling each vibration. They become part of this architecture. Cinematic sound seems violent when compared to live orchestral sound. Writing in his book ‘Listening and Voice: Phenomenologies of Sound’, Don Ihde states that: “I hear Beethoven’s Ninth Symphony in an acoustically excellent auditorium, I suddenly find myself immersed in sound that surrounds me.” This immersion is softer than the cinema. Cinematic sound presents a full immersion, a situation where the boundaries of the subject become blurred as it becomes blended within sound, architecture and projection. A live orchestra will not achieve this because of the viewable point of origin.