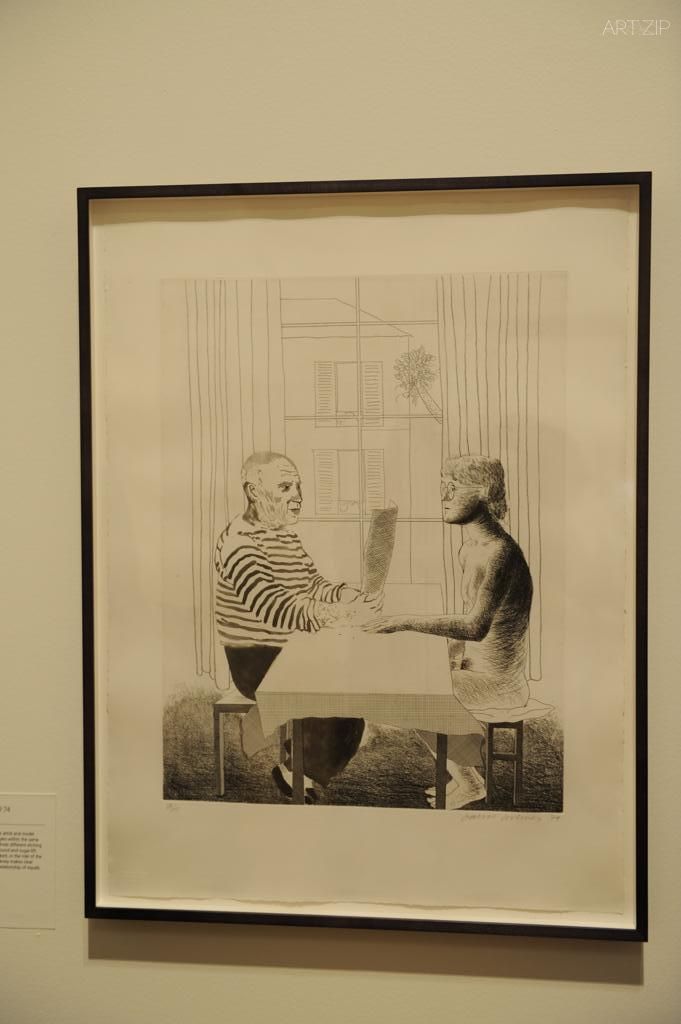 Timed to coincide with the 60th anniversary of the artist’s first print this show celebrates David Hockney’s long and fruitful career as a printmaker. Over 100 carefully chosen works give a highly instructive and entertaining overview of the artist’s graphic career and reveal the thought and technical expertise that underlies the artist’s extensive printoeuvre.

Concentrating on Hockney’s two main print techniques – etching and lithography – the show includes well known works such as A Rake’s Progress, 1961-63 andIllustrations for Six Fairy Tales from the Brothers Grimm, 1969 alongside  portraits of some of Hockney’s famous sitters and friends. Later works will include a selection of ‘homemade prints’ which Hockney devised in the early 1990susing photocopiers plus examples of ‘computer drawings’ such as Rain on the Studio Window, 2009- a prelude to the artist’s renowned iPad works. 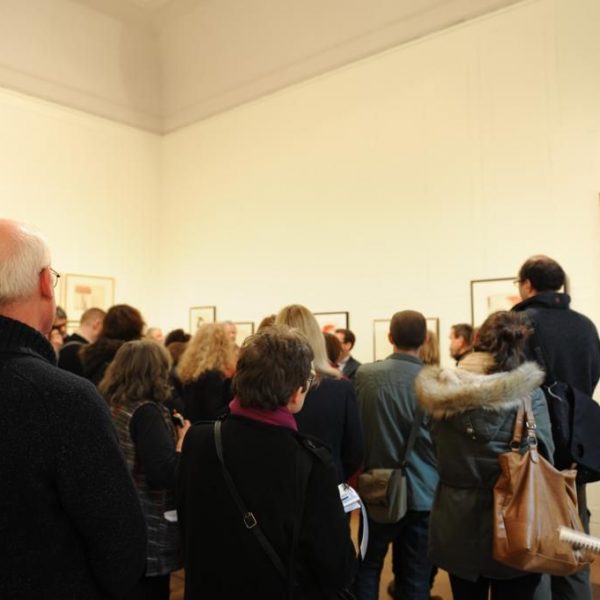 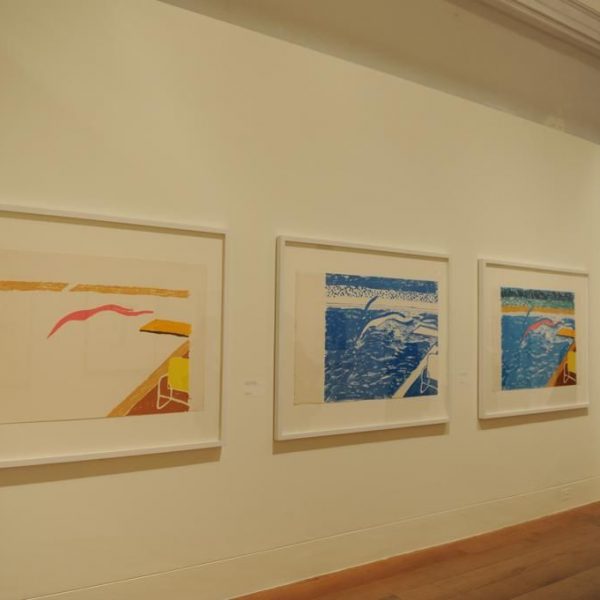 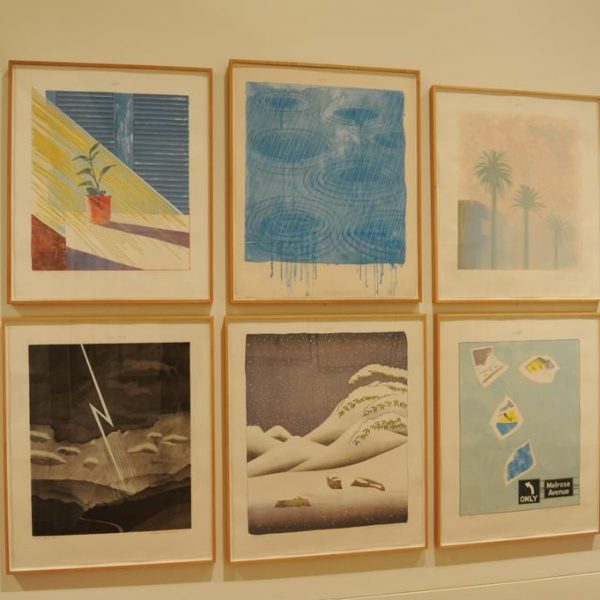 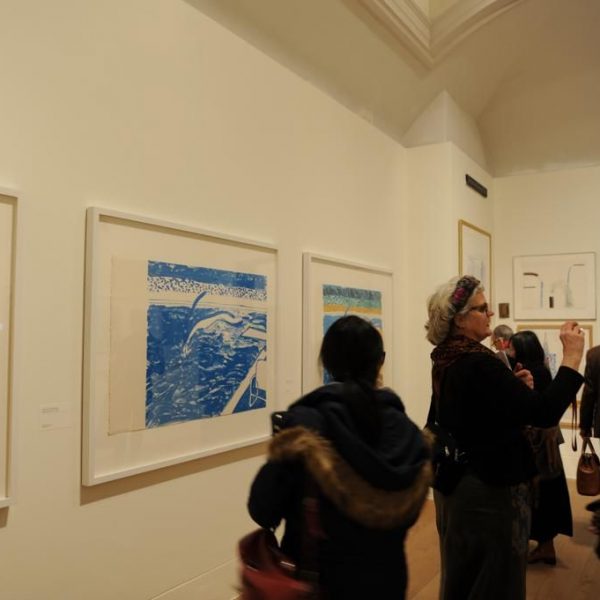 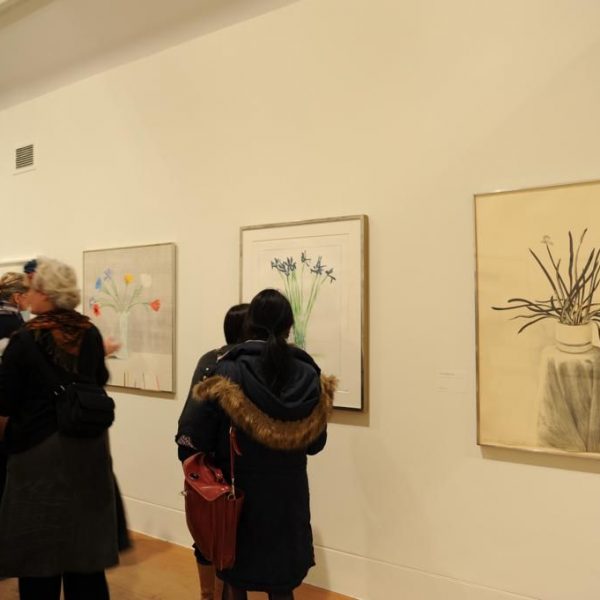 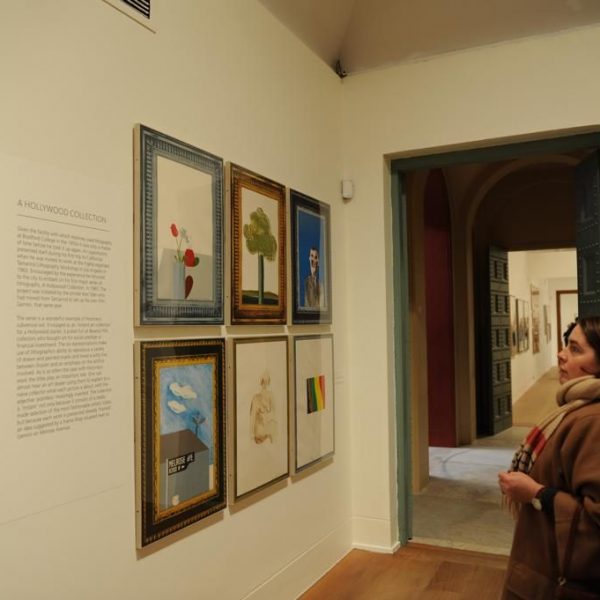 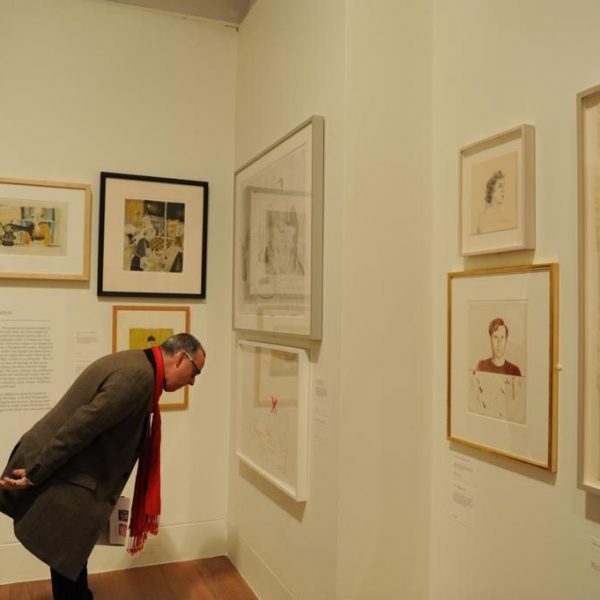 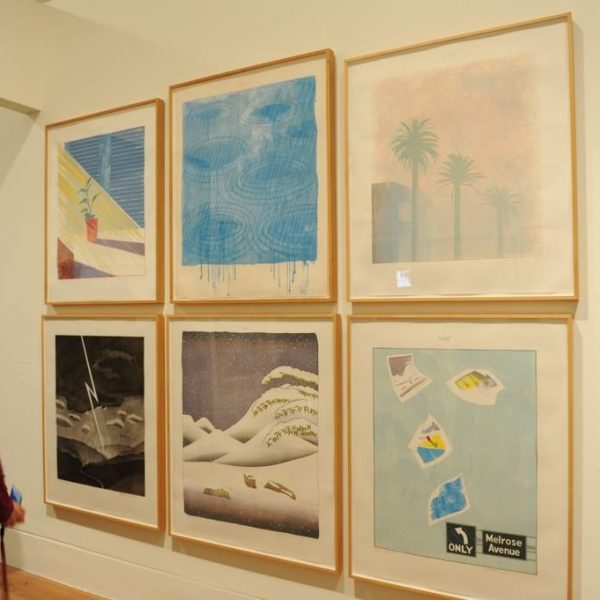 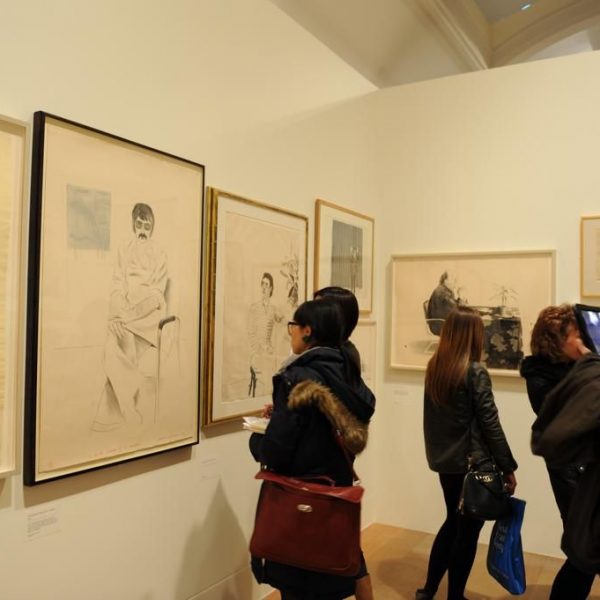 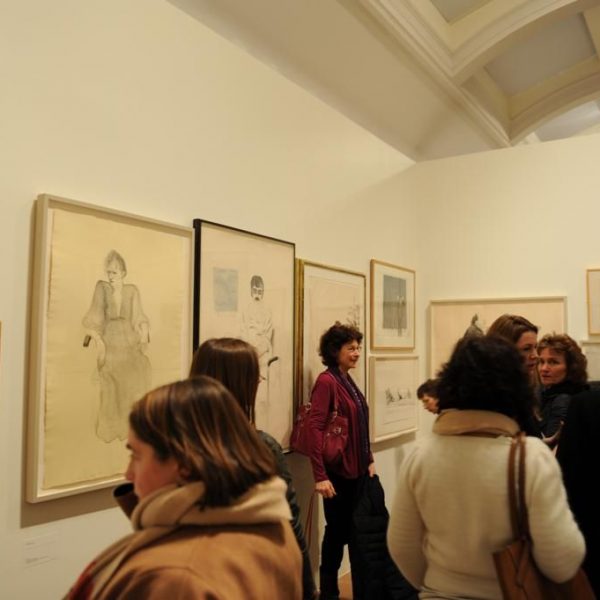 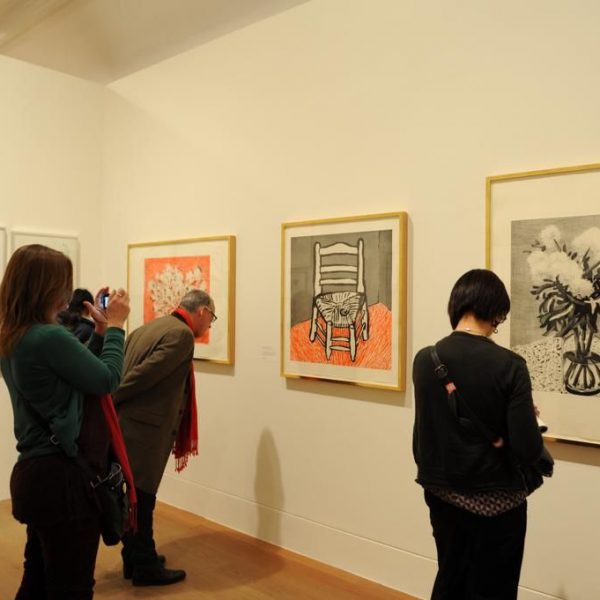 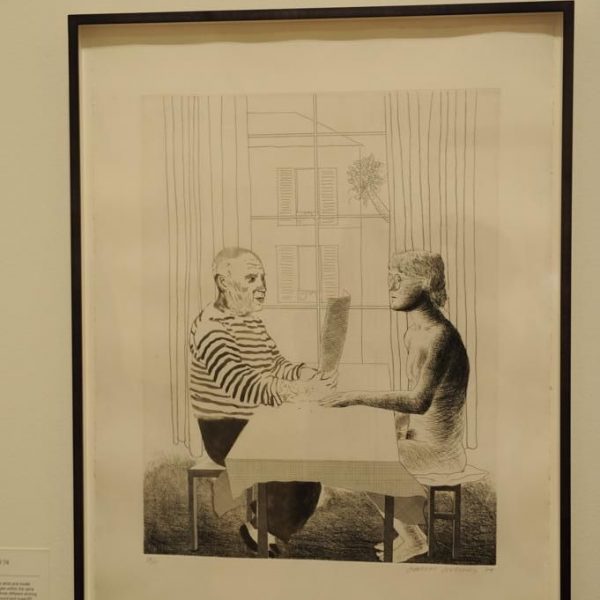 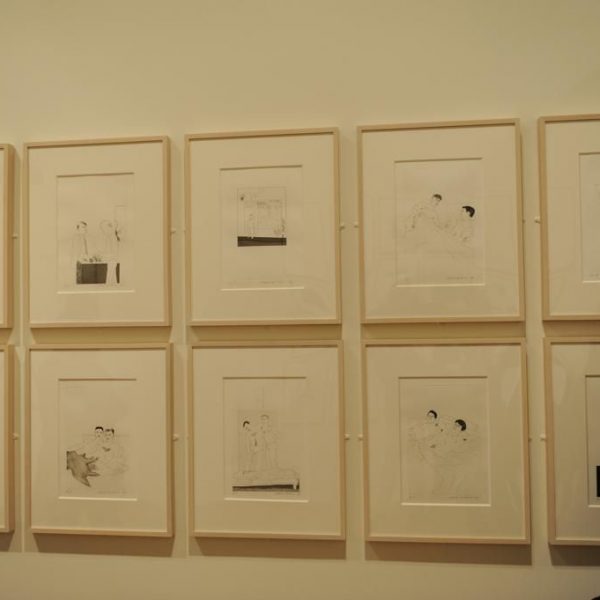 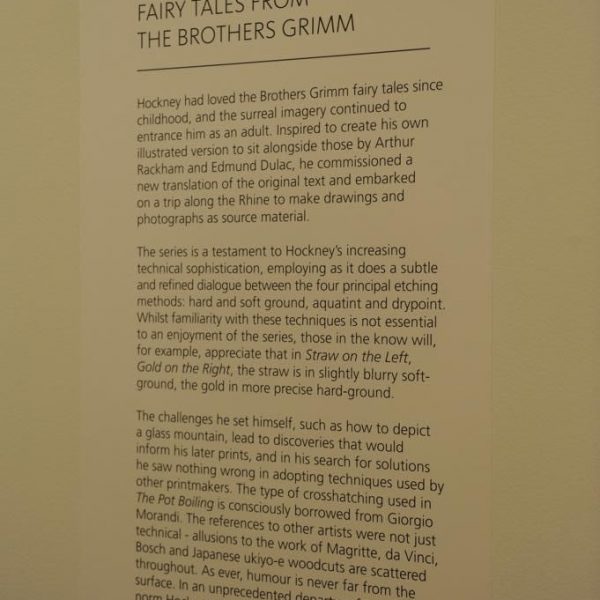 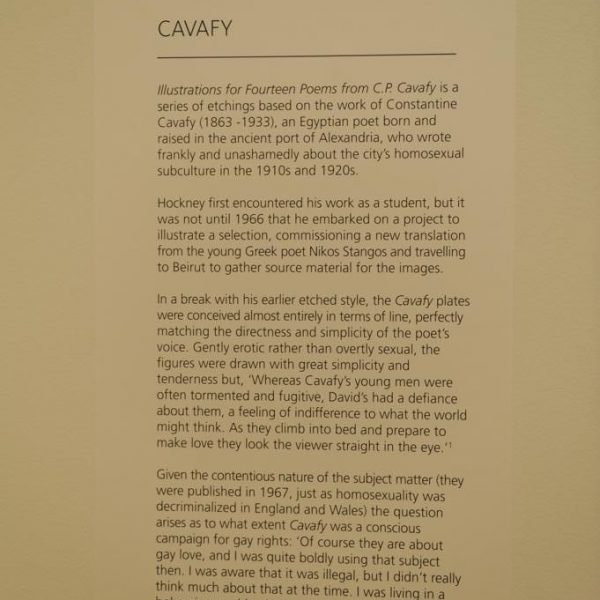 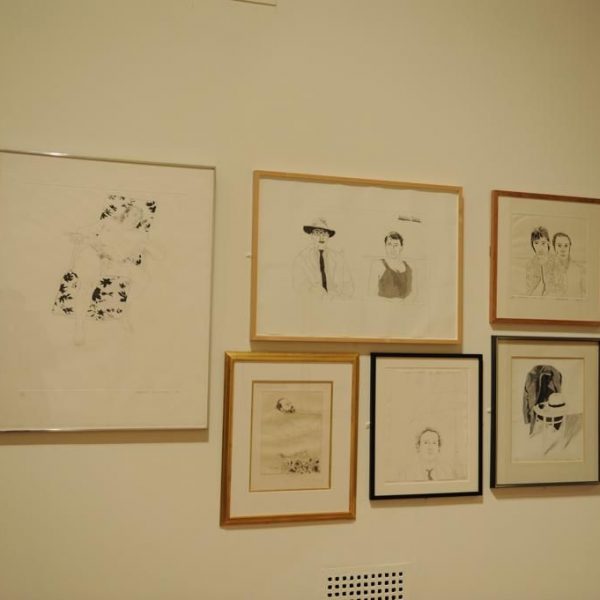 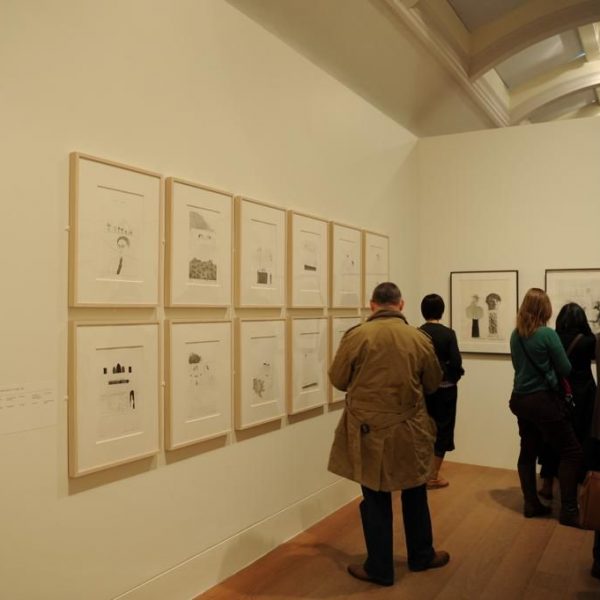 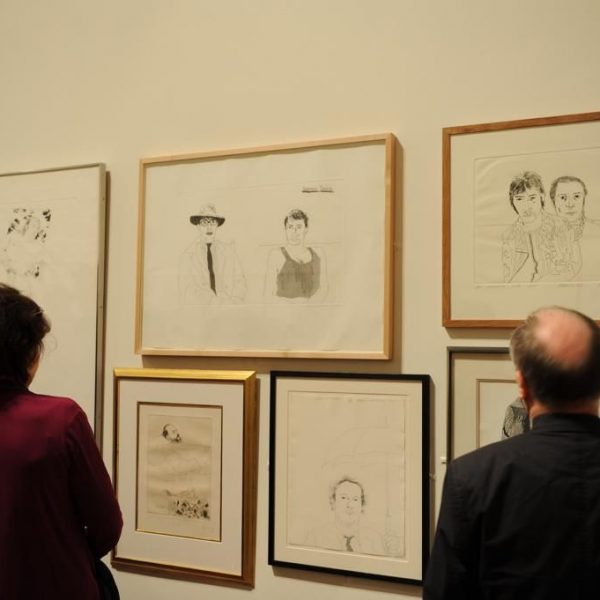 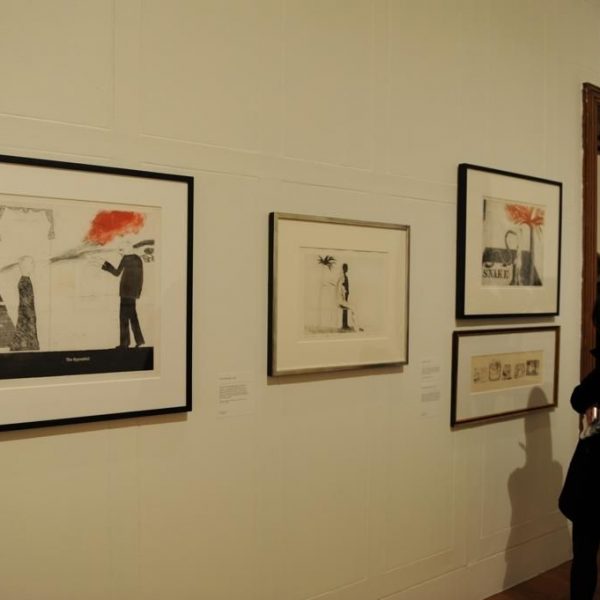 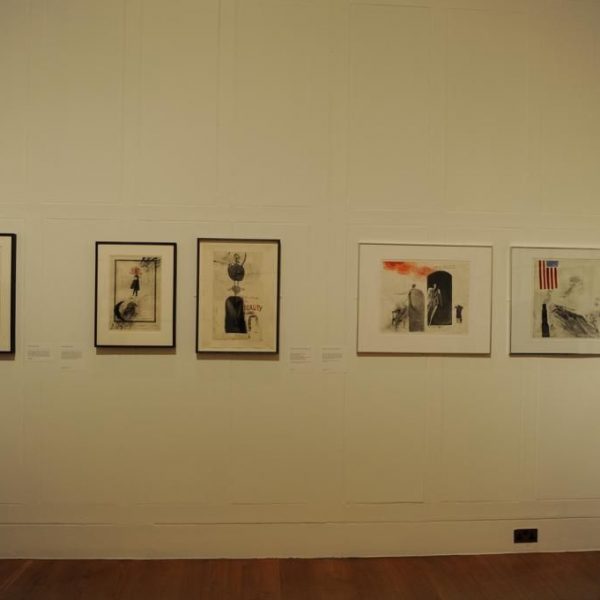 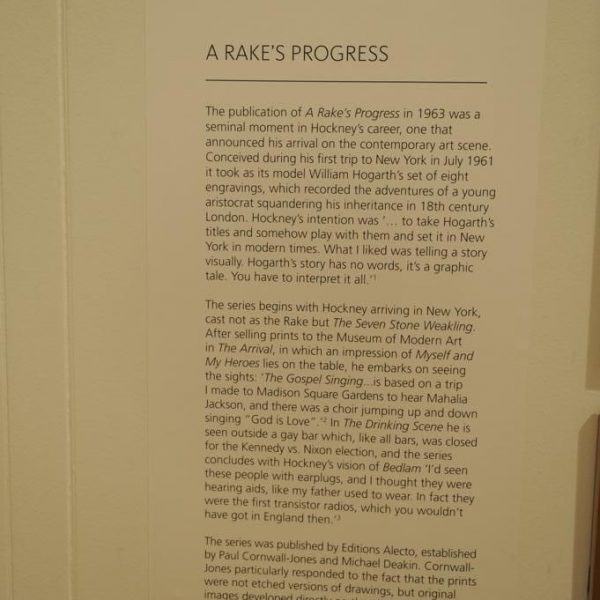 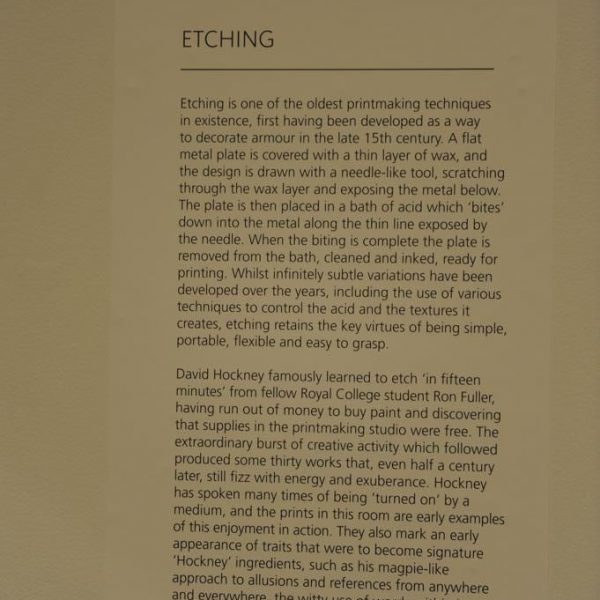 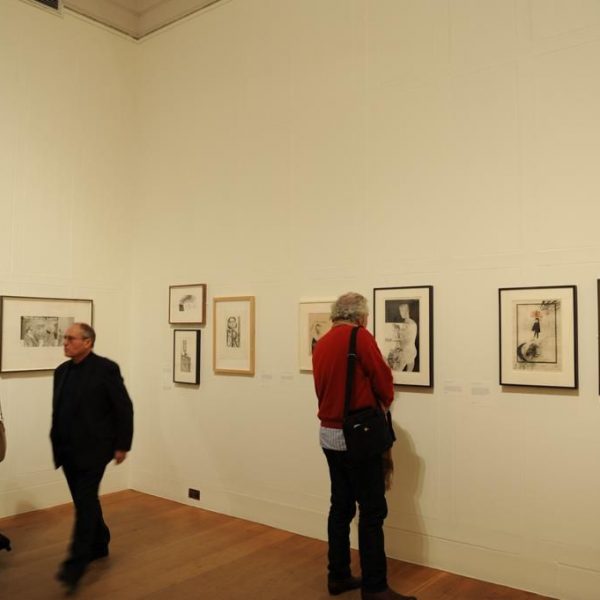 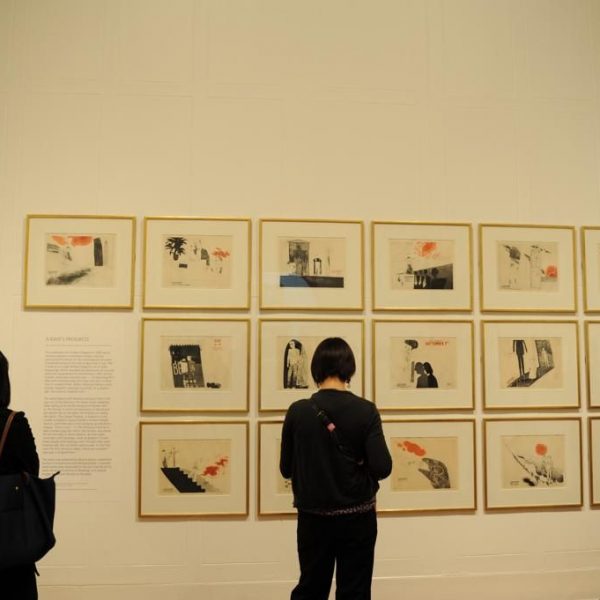 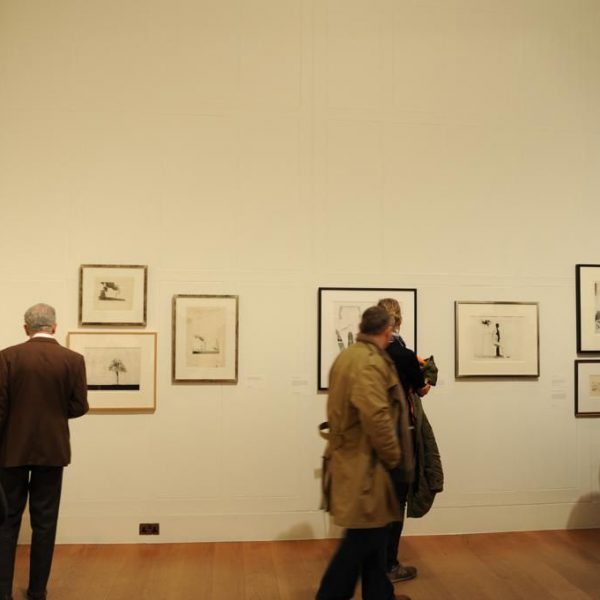 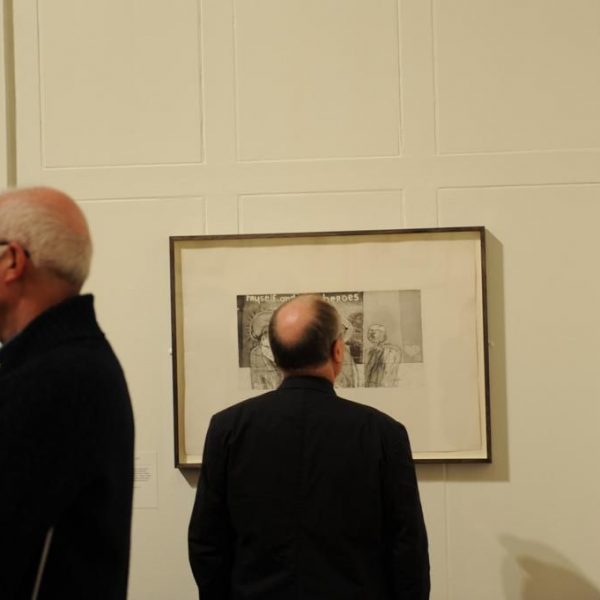 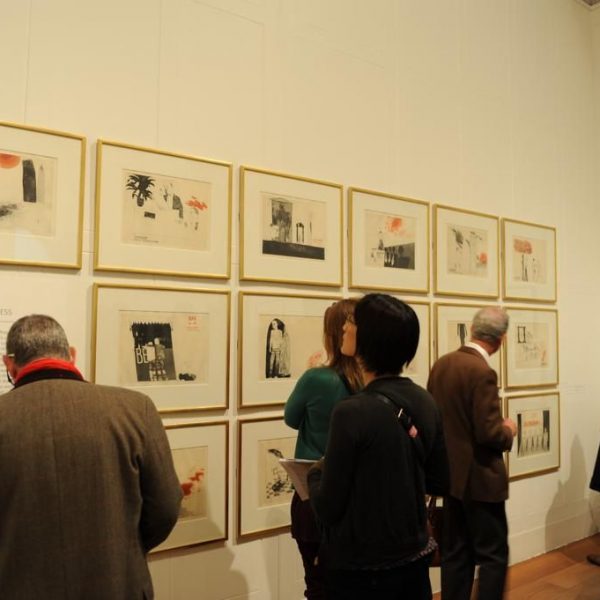