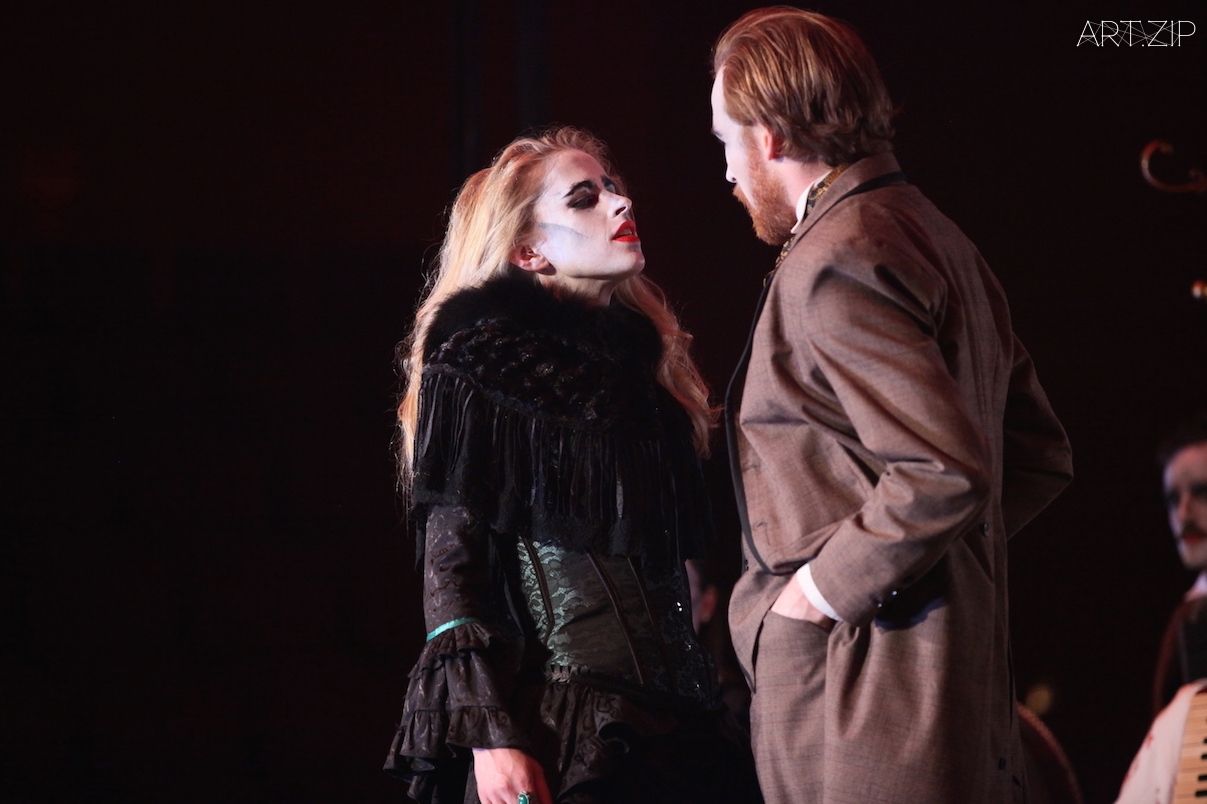 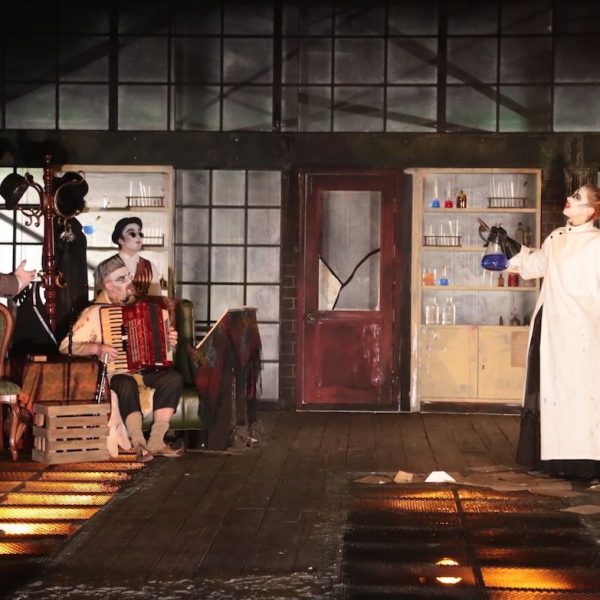 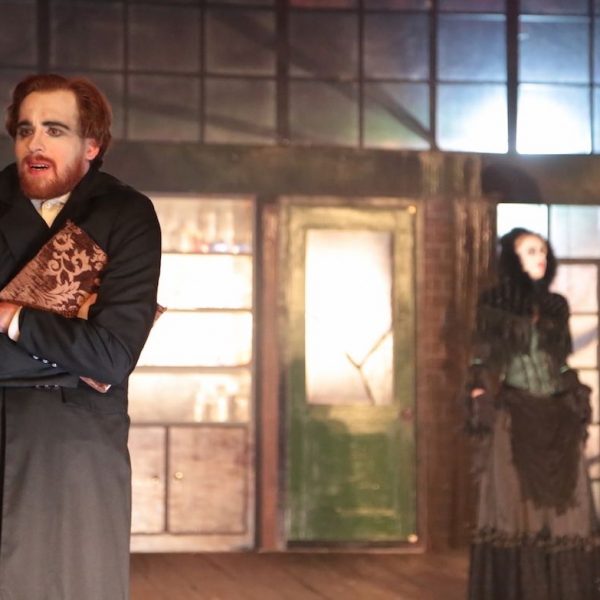 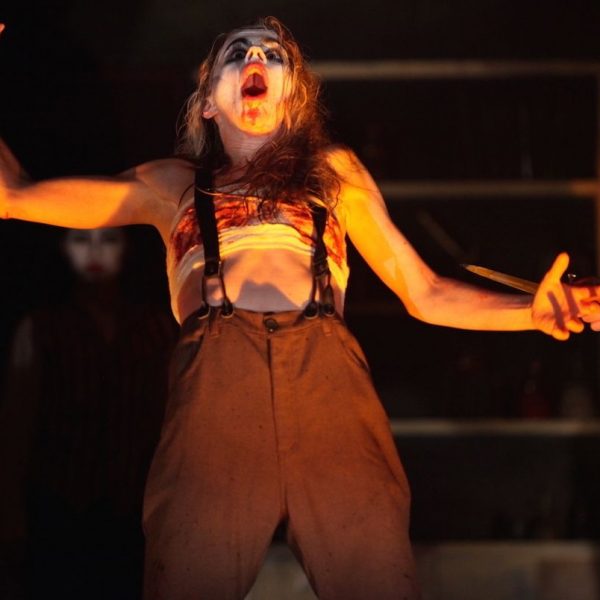 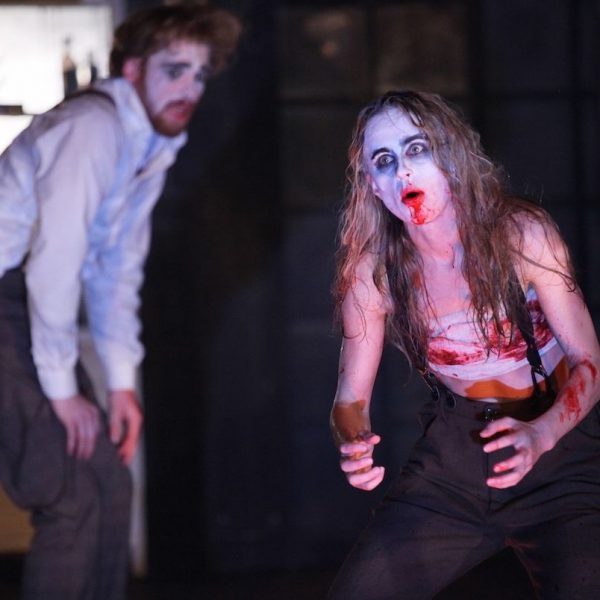 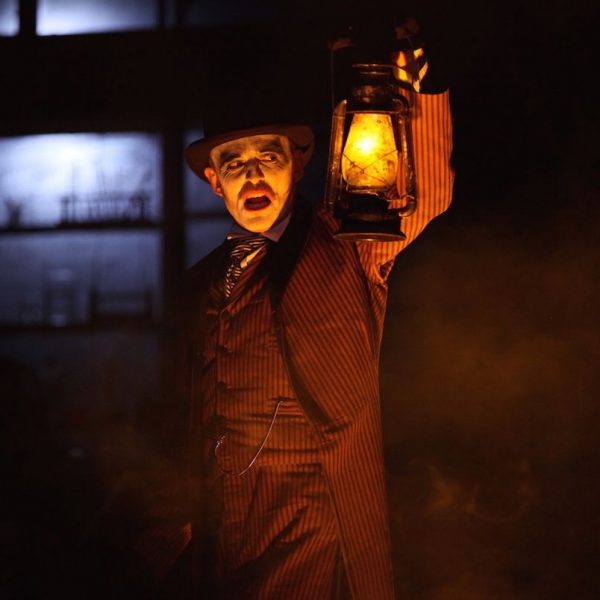 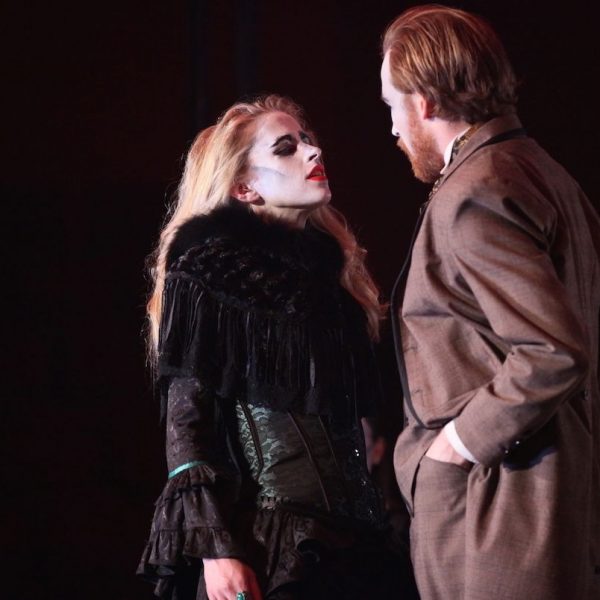 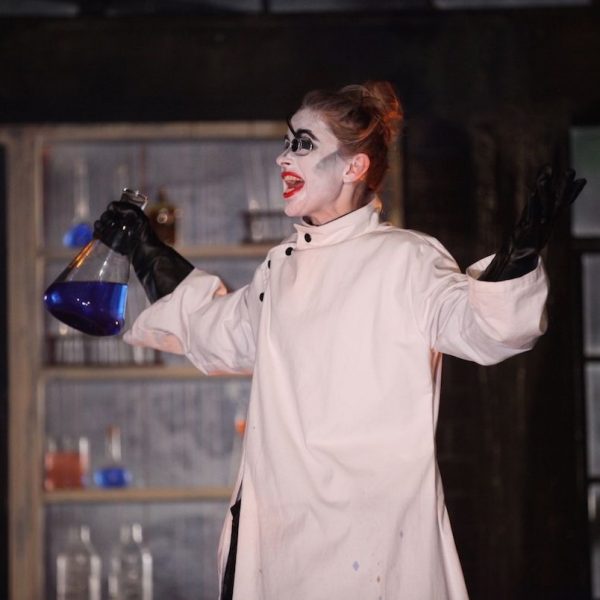 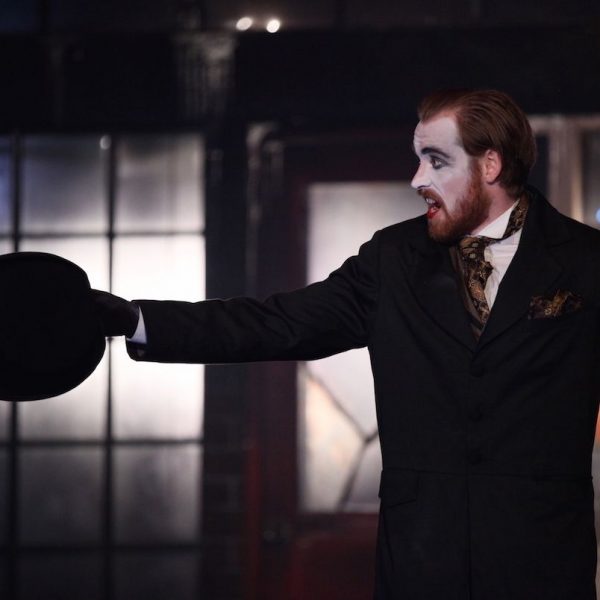 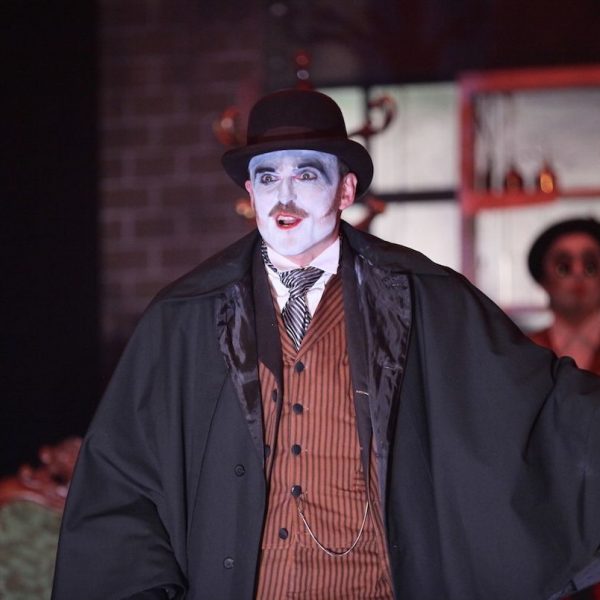 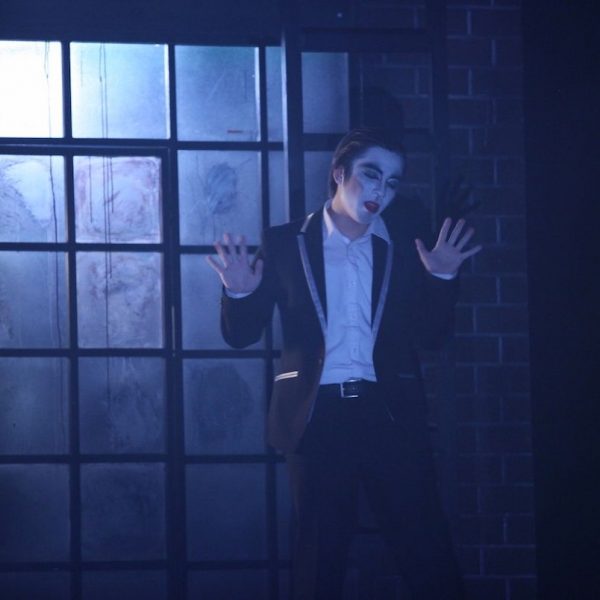 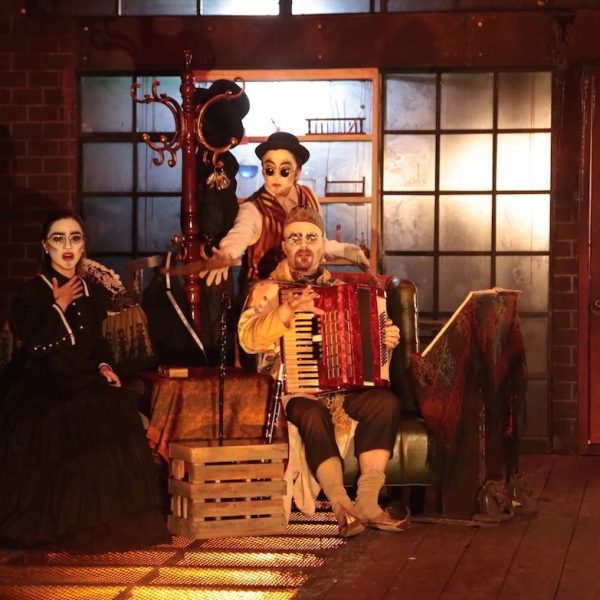 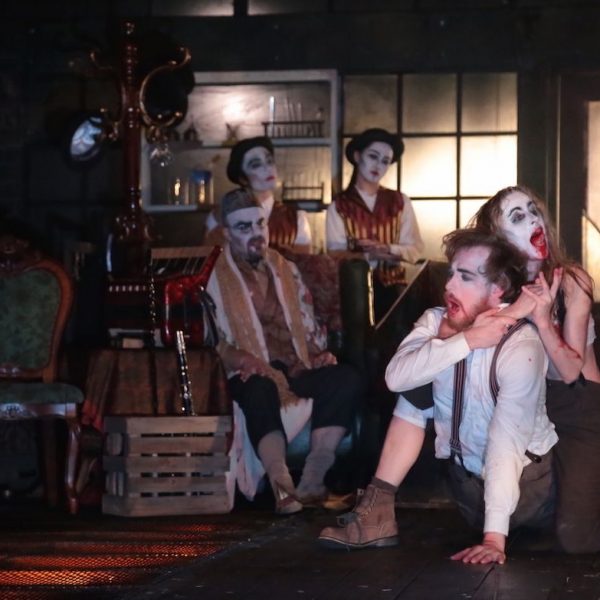 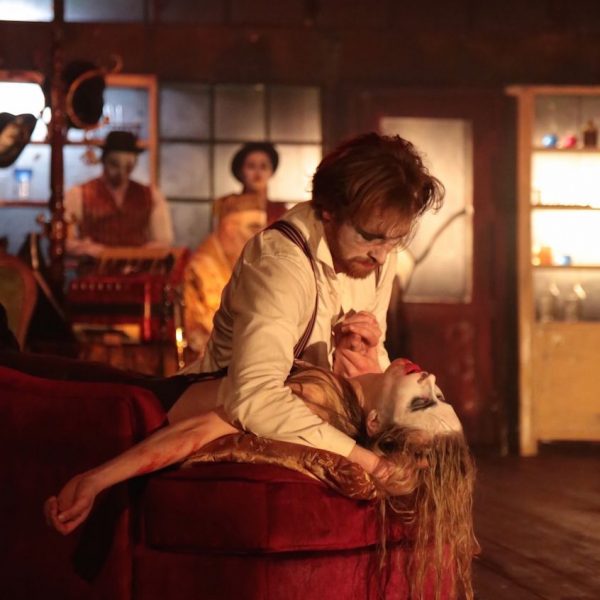 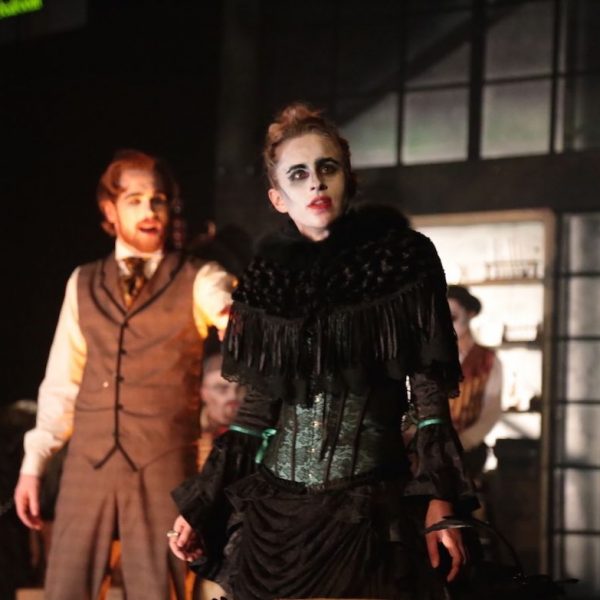 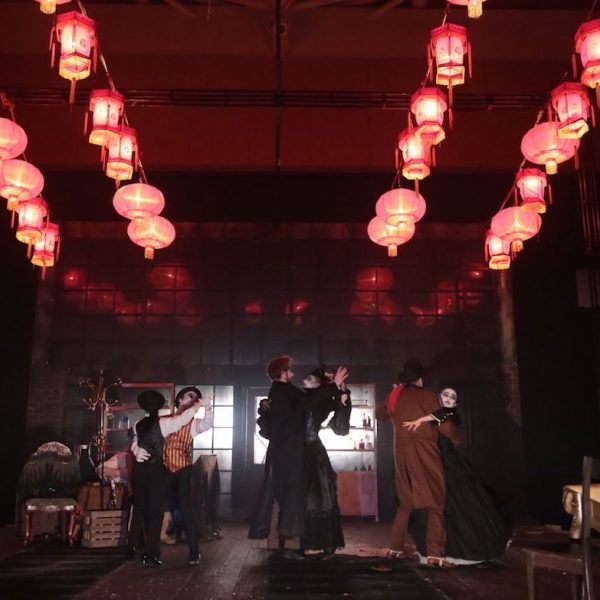 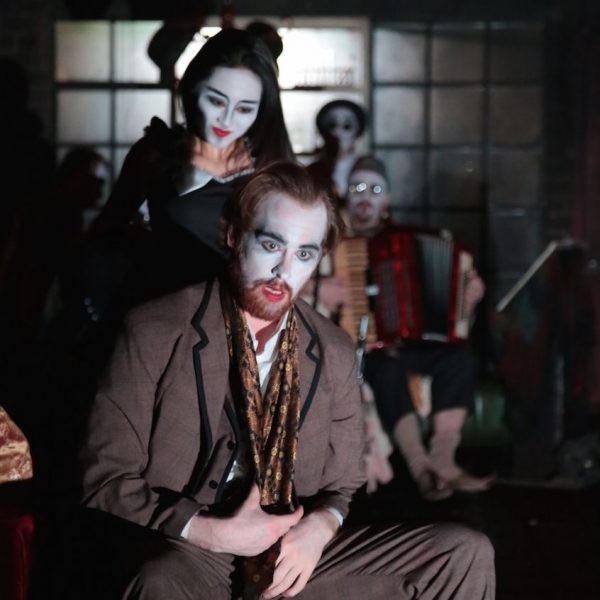 Dr Jekyll is here cast as a fascinating and dangerous female scientist, who comes to England from the Balkans. Clearly tormented by unspeakable horrors in her past (resonances of Balkan conflicts and ethnic cleansing), she conducts bizarre scientific experiments as she seeks safety by becoming a man. Using her own body as her laboratory, physical self-harming mirrors the psychological damage she has endured. This Jekyll tears out the heart of the issues it explores – gender, power, identity, self, freedom and individuality. Jekyll & Hyde is a visual feast that merges Weimer cabaret with a creepily melodramatic aesthetic underpinned by a stunning live audio score and soundscape that cranks up an atmosphere of claustrophobic hysteria.

Red Shift and Chung Ying’s innovative cultural exchange (four UK actors and two from Hong Kong) has enabled collaboration between an extraordinary team of established theatre-makers, encouraging them to bring their visceral energy and innovative creativity to Jekyll & Hyde. These include Olivia Winteringham (artistic director of performance ensemble KILN) as Jekyll and Graeme Rose (Co-founder of Stan’s Café and Red Shift Company Member).

Writer-Director, Jonathan Holloway, comments; This production of Jekyll & Hyde is a rebirth of Red Shift’s much-loved signature style. A favourite with audiences, venues and critics for nearly thirty years, it has been lost to London since 2008. Now Red Shift returns in a genuinely unsettling re-imagining of a popular classic created in association with Hong Kong’s Chung Ying Theatre Company.

We begin as a curious manuscript of obscure origin changes hands. It tells the tale of Dr Jekyll and Mr Hyde – a story of desire, destruction and dastardly experimentation. Henry Utterson, an upstanding lawyer, discovers a connection between the alleged murderer Hyde and the respectable yet mysterious, Dr Jekyll. Utterson meets the elusive doctor – who is not at all as he expected. The narrative follows their relationship as their alliance progresses; he becomes increasingly entangled in Jekyll’s dangerous involvement with blackmail, murder and transformative medication. This disconcerting world swirls about an uncompromising central performance that charts Tajemnica Jekyll’s disturbed efforts to turn herself into a man through self-medication and brutal self-surgery. This is a tale of desire, psychological torment and desperation at its most extreme.

Different in scale to the Edinburgh and London 2013 runs, this production has been given a spectacular design, something akin to a laboratory crossed with an opium den.

For once the phrase “a theatrical experience unlike any other” is actually true.