I was often asked such a question in my twelve years working on China-UK cultural relations: Why does the UK spend all these money on culture and art in China – is it cultural colonization? An official answer could be that by connecting and creating international opportunities for the people in China and the UK, it builds mutual understanding. One can also understand it in this way: cultural exchange is a soft approach to build a trust, which then enables an easier dialogue in harder areas such as economy and diplomacy. A voice from the bottom of my heart sometimes would add: investment in culture is always good as long as it is grounded and can benefit or inspire individuals.

British Council is one of the earliest foreign cultural organisations with governmental background operating in China, and has been active in Chinese arts scene with exhibitions of significant British artists such as Henry Moore and Antony Gormley since the beginning of 00’s. An ‘arm-length’ organisation as called in the UK, British Council operates in China officially as the Cultural and Education Section of British Embassy, which adds diplomatic glory/mystery and certain sense of authority in the eyes of its Chinese audience. 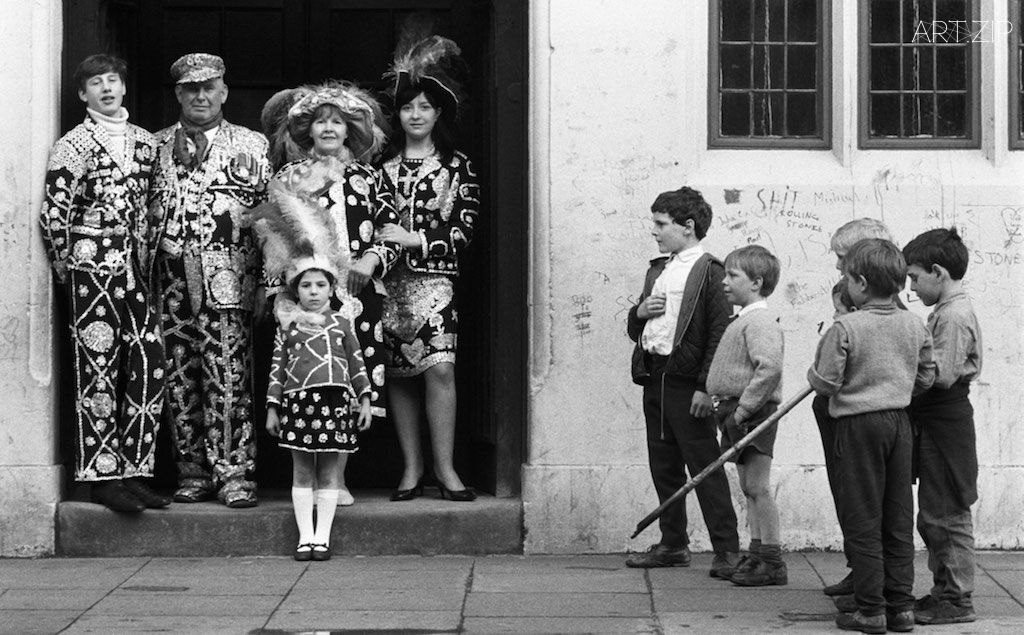 It was the beginning of 2003. The UK was organising a big campaign in China called Think UK before knowing there would be many more to follow in the next ten years. Chinese art organisations slowly started to find their own audience at home. Reform of Chinese state-owned art troupes first experimented on a handful of selected. Despite of attention attracted in international market, the Chinese contemporary art frenzy was yet to come. The first few Chinese independent arts spaces found their places in corners of Beijing, Shanghai or Guangzhou. It was when Arts Council England and British Council pioneered a far-sighted four years initiative called Artist Links China, an artist residency programme between China and the UK. Over 60 artists from different disciplines, including Turner prize nominator, performance artist, composer, and some of most active contemporary artists in China, got supported to spend 4 to 6 weeks in the other country to explore a totally different cultural environment. Most importantly it was a two-way exchange and half of the artists selected were from China. When I and my English colleague were setting up Artist Links, we struggled to find an existing translation for the word ‘residency’ in Chinese and had to explain to our Chinese collaborators why the artists were not required to finish a piece in this programme; while we finished four years later, many Chinese institutions were seeking to start their own international residency programme. Also in 2003, Visiting Arts, originally a department of the British Council, launched the first placement scheme for Chinese arts managers in the UK, full costs covered for the participants. Artistic and professional development of individuals were clearly important to these British institutions.

The golden age of China-UK cultural exchange. Sometimes Chinese cultural workers still refer that period as so, which tells the popularity of UK’s cultural policy towards China at that time. Besides the mentioned Artist Links initiative, artists from China’s independent cultural scene could also be found in British Council’s arts programme in China, which reflected its connection with individuals and grasp of local artistic discourse. For example, in 2005-2006 British Council spent more than a year with Beijing-based sound artist/critic Yan Jun to curate Sound and the City, a sound art project inviting seven key British sound artists to feel and share with Chinese audience, which is still remembered as one of the earliest and most influential sound art projects in China. These well-planned art projects showcased some of the best UK had to offer, a complement to Tony Blair’s Cool Britannia on the other side of the world.

Art programme always needs money. Culture exchange cannot be achieved without resources. While China continues to be on the priority list for Britain’s cultural engagement, thanks to its dazzling economic achievement, global financial crisis in 2008 and the end of 13 years of Labour government in 2010 cast a shadow over UK’s future cultural input in China. Meanwhile, Chinese cultural sector welcomes a period of fast development brought by China’s increasing economic power. China still has a long way to go in terms of global cultural impact, but it has started to attract attention and to demand respect culturally through manifestations such as Beijing Olympic Games in 2008 and Shanghai World Expo in 2010. Too big to ignore, these official spectacles also became the platform for the UK to showcase its culture. Starting from 2008, British Council’s art programme in China was increasingly tinted with governmental tone. It was given demanding official tasks by British government such as organising cultural programme for the UK Pavilion in Shanghai World Expo 2010, as well as to build a closer relationship with increasing number of the UK stakeholders and their aspirations in China. With more demand, higher expectation and UK’s public sector cuts, it is not difficult to see that organisations like British Council have to attract and work much closer with Chinese partners, or to be precise, those who have resources. Meanwhile, the quickly developing Chinese cultural sector and increasing cultural exchanges between China and other counties makes it a challenge for the UK to maintain its leading position with China.

All fashions of big-scale cultural events (with big titles) flourish in China in recent years. Several ‘Cultural Year’ between China and foreign country are introduced to Chinese audience almost in every year, all of different scale and focus. International cultural exchange programmes have covered many second or even third tier Chinese cities that very few British people know where they are. With the impact of London Olympics, British Council put together more than two hundred art projects across China under the banner of ‘UK Now’ in eight months during 2012. At the beginning of 2015, launched by Duke of Cambridge in his first China visit, British Council again prepared a six month season of UK arts in China with dozens of exhibitions, performances, talks etc., aiming to reach millions of Chinese just like UK Now, as part of the first-ever official UK-China Year of Cultural Exchange. Actually these arts projects were mostly delivered and financed by Chinese cultural or even commercial organisations. The role of British Council has moved from the organiser of cultural exchange, to broker or an official platform builder. With backdrop such as UK Now or Year of Cultural Exchange, it seeks the goal of increasing numbers, both in terms of audience and money from China. And of course, China is the place to be if you are looking for big digits. The stunning numbers demonstrate the ability and aspiration of Chinese organisations to work internationally. Yet it also reminds me of the subtle doubting voice among ordinary Chinese people which echoes many aspects of living in present China, ‘China is full of spectacles and good-looking numbers: economic growth, sale, GDP, highrises, but can they represent everything about us? What’s beyond the numbers?’ Back to the increasingly ‘officialized’ cultural exchange between China and the UK, the voices of individual artists and small-scale/independent organisations are struggling to be heard in the busy stage full of governments, big institutions and capital.

UK’s Cultural sector may marvel at the on-going Chinese trend of building new cultural landmarks such as museums and grand theatres, which gives outsider an impression of a huge cultural market to be filled. ‘Market’ seems to be the word found in every discussion related to China at present, commercially, and even culturally for non-for-profit organisations like British Council. Chinese interests in cultural collaboration and artistic exchange with the UK are at risk to be considered together with other ‘business opportunities’. Some still remember that Britain waged the Opium Wars against China in the name of trade in 19th century. The wars are history now, but globalized capital move and economic activities are bringing people around the world much closer to each other regardless different histories and cultural traditions. A crowded world needs dialogue and mutual understanding more than ever. Nobody would love the idea of being considered merely as a market, whether the goods to be sold are luxury brands, art or ideology. Perhaps we all should put aside terms such as ‘market’ and ‘resources’ sometimes to have a true dialogue about mutual understanding and trust. 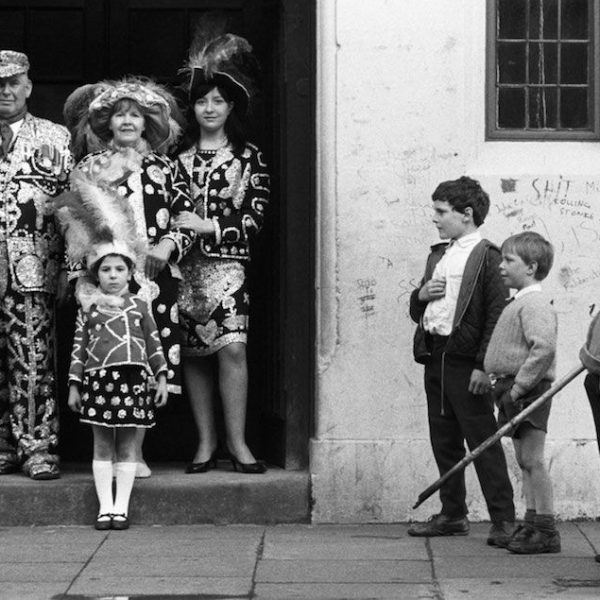 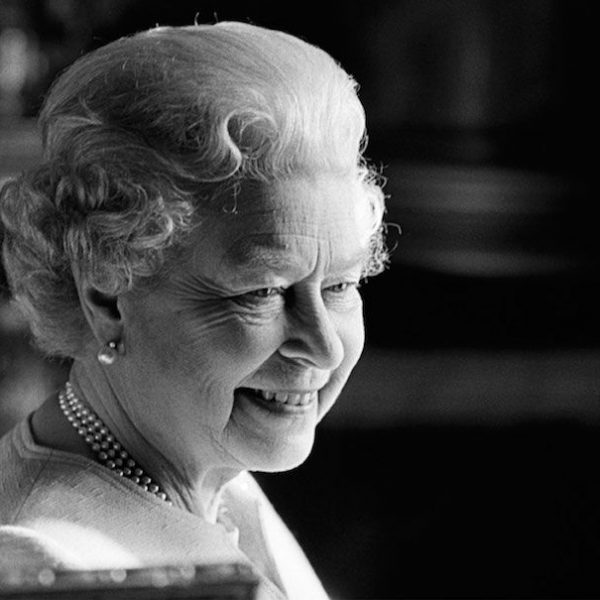