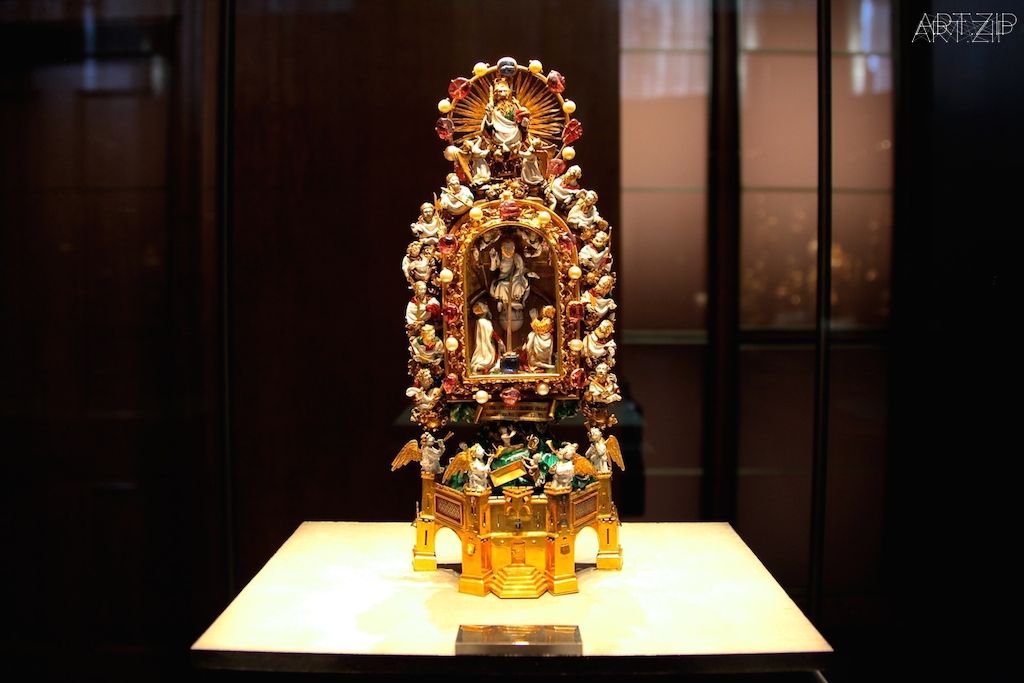 The Waddesdon Bequest, the superb collection of medieval and Renaissance treasures left to the British Museum in 1898 by Baron Ferdinand de Rothschild MP, will be redisplayed in a new gallery that opens on 11 June 2015.

The gallery is made possible through a generous donation from the Rothschild Foundation. The new display will contain some of the most impressive objects in the British Museum’s European collection, and will give fascinating historical insight into shifts in taste, the growth of the art market, and the development of forgery in response to demand from collectors in the nineteenth century. In addition, the redisplay will involve the most ambitious digital treatment of a permanent gallery by the Museum.

As a demonstration of power and discernment, the collection tells the story of the rise of the Rothschilds as a new European aristocracy in the 19th century. Until Baron Ferdinand’s death in 1898, it was displayed in a specially-created room, The New Smoking Room, at his country retreat, Waddesdon Manor in Buckinghamshire, a National Trust house managed by the Rothschild Foundation. With this new gallery, which reconnects the Waddesdon Bequest both with Waddesdon Manor and with the history of the British Museum, the collection can be fully understood for the first time in its proper intellectual and historical context. 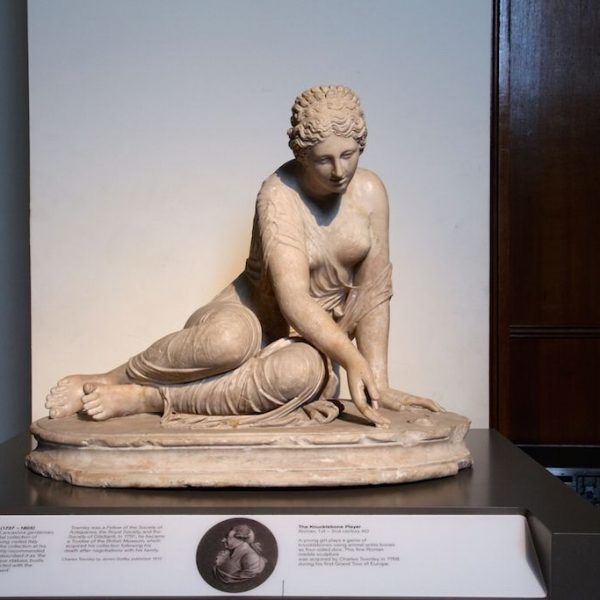 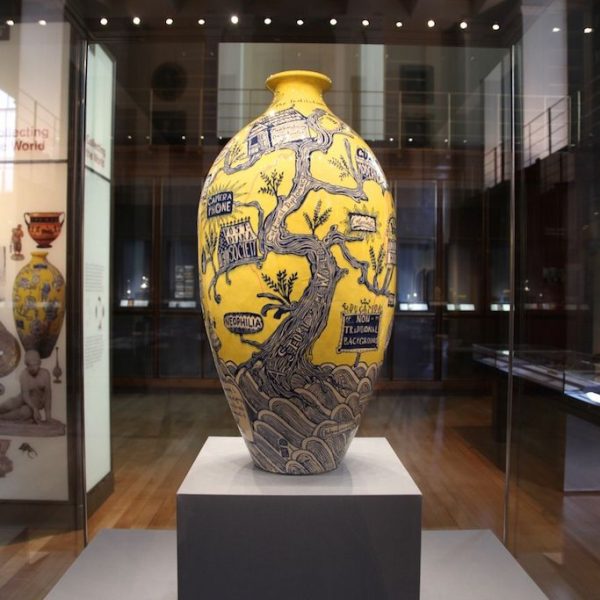 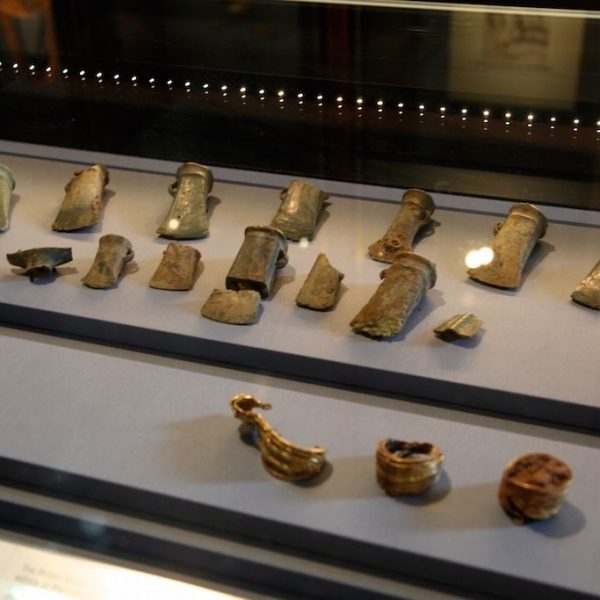 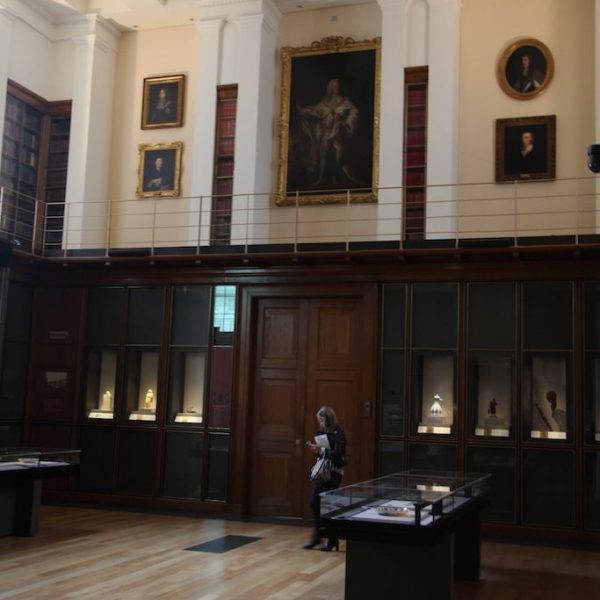 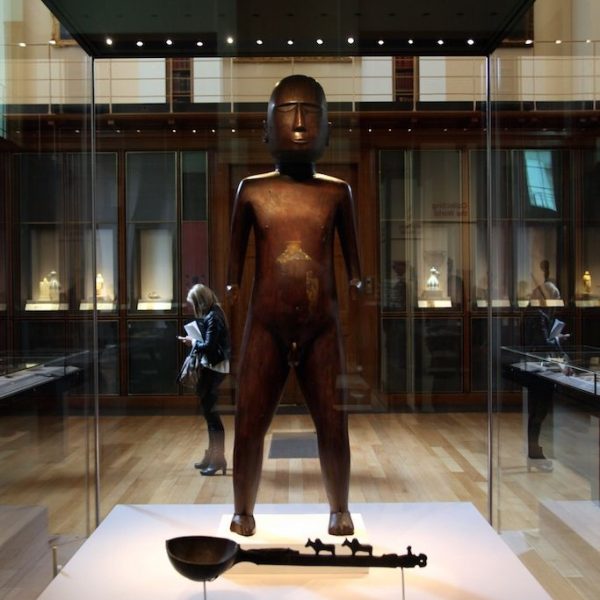 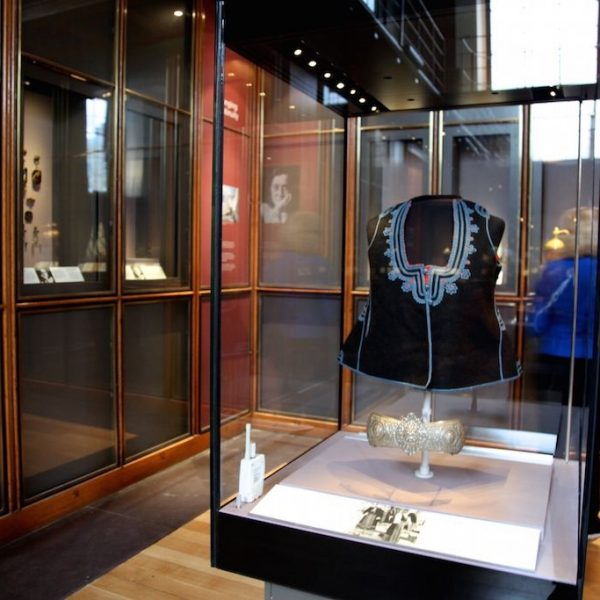 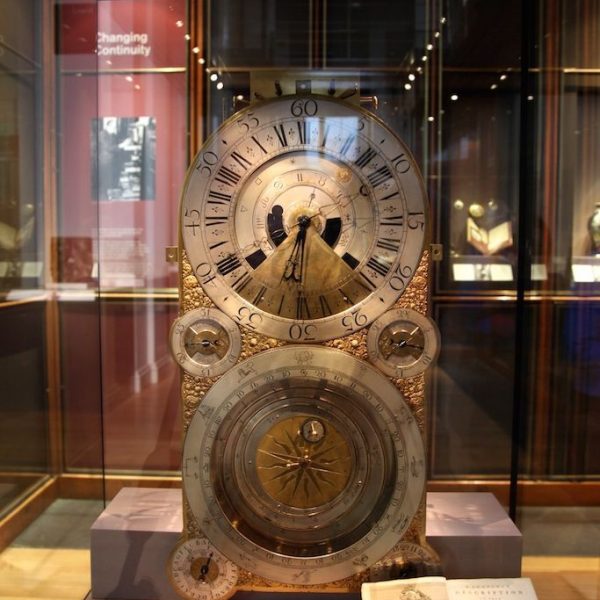 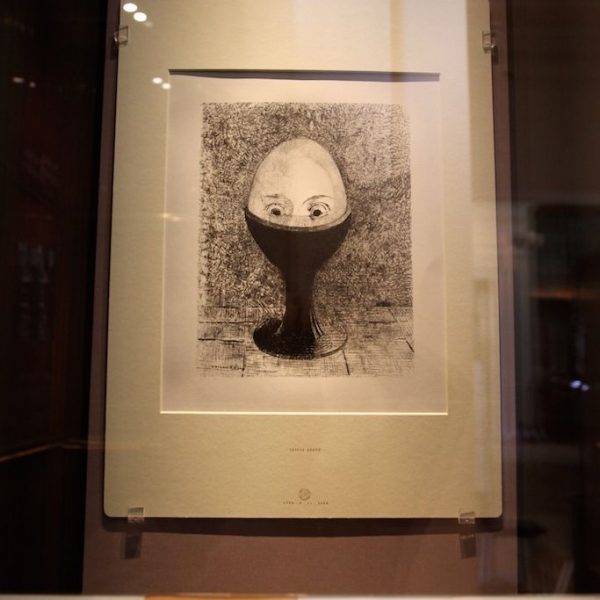 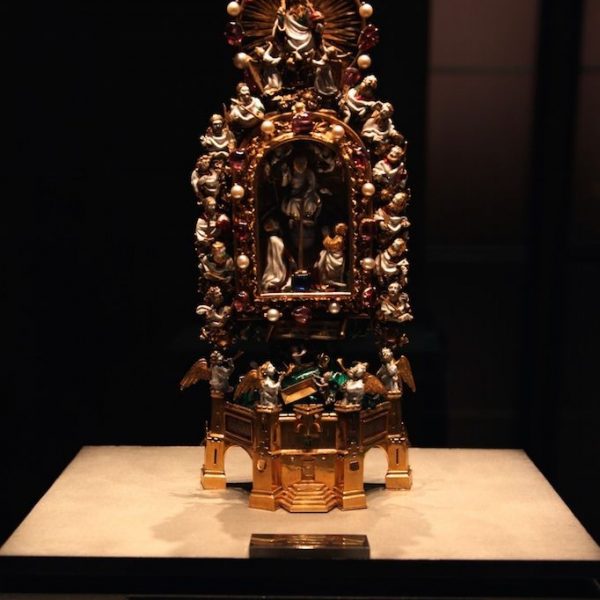 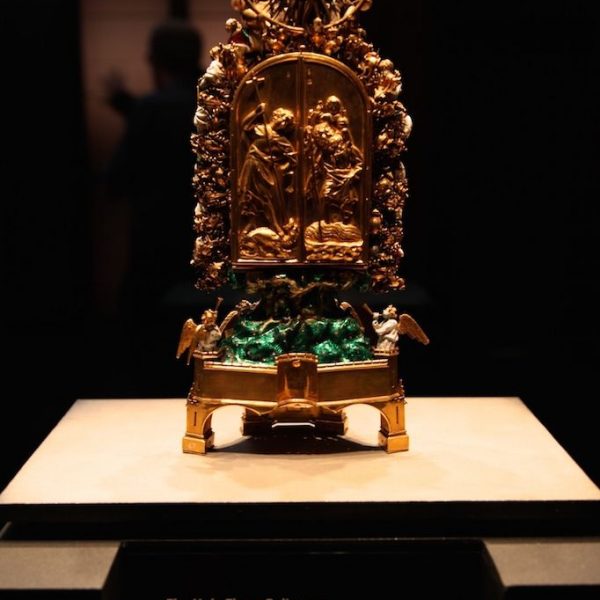 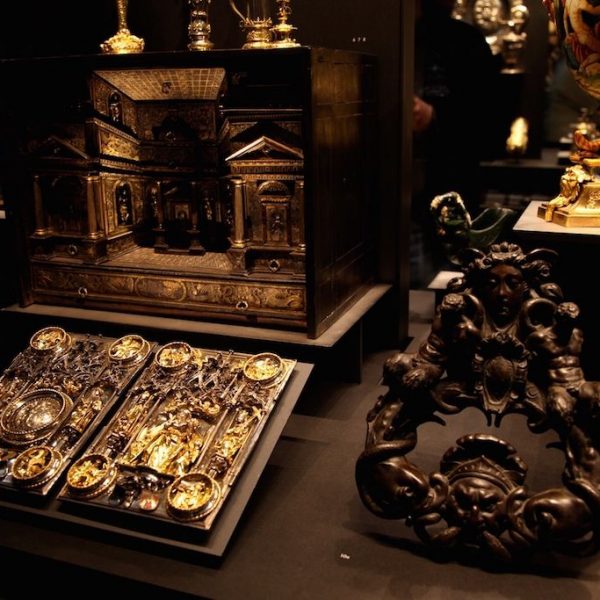 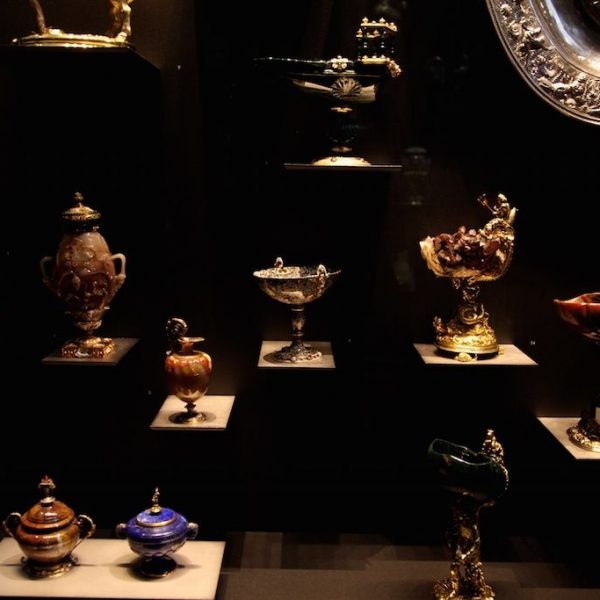 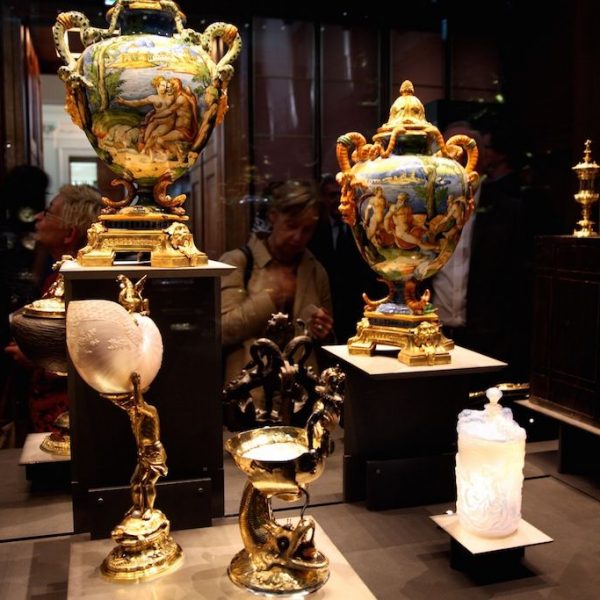 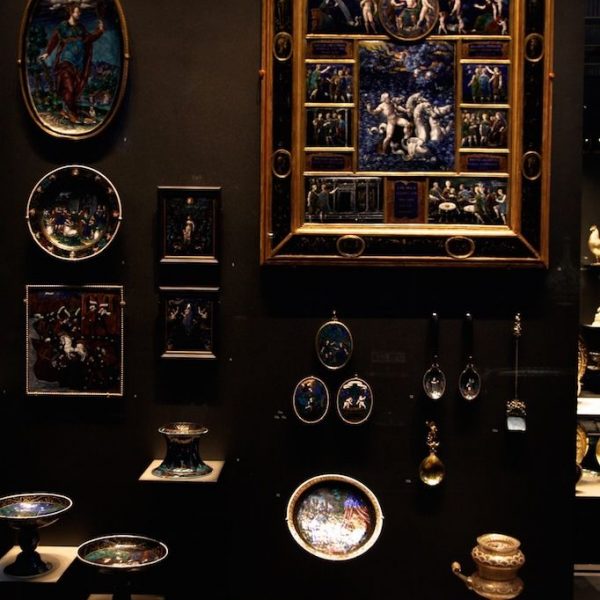 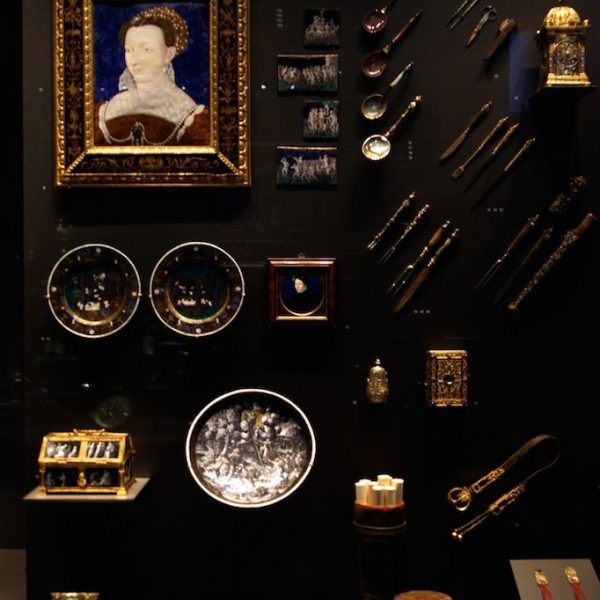 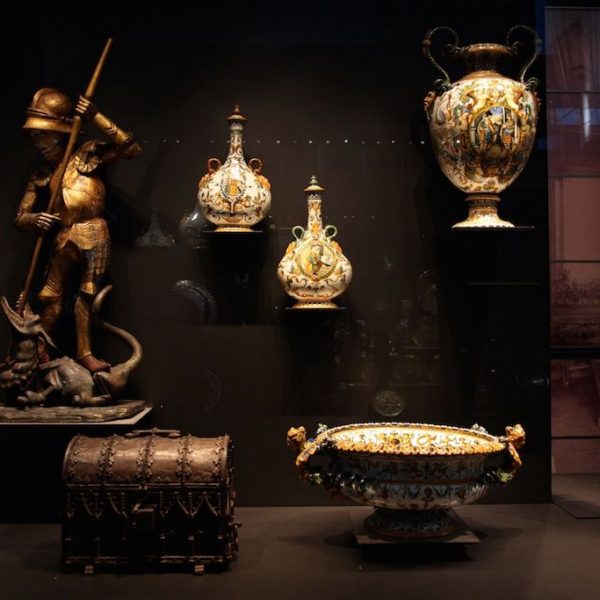 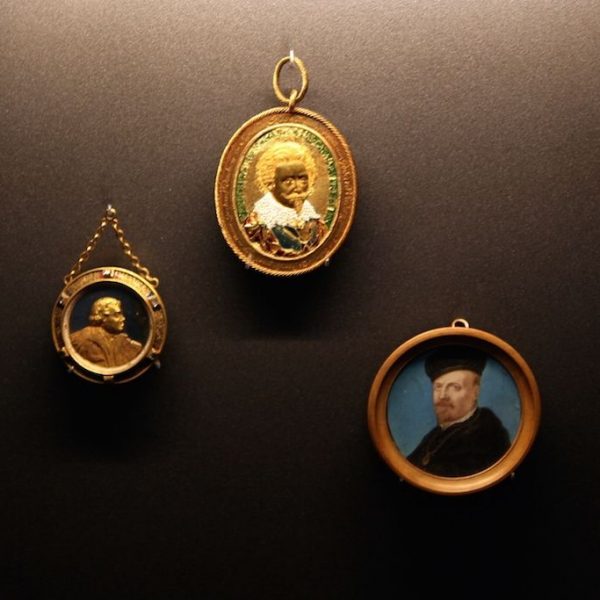 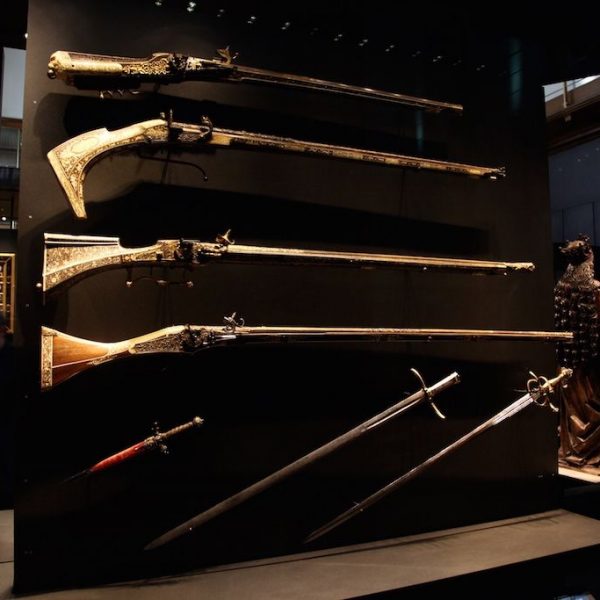 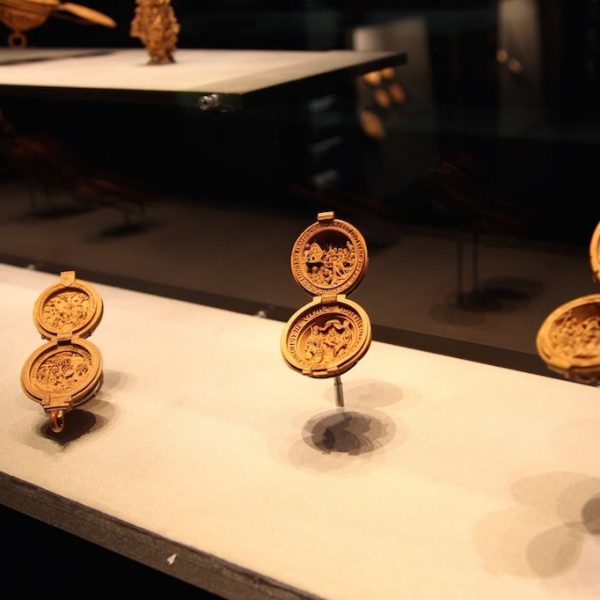 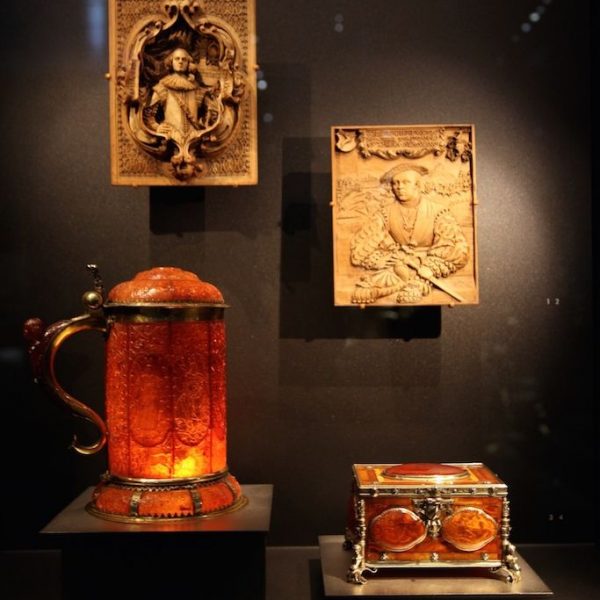 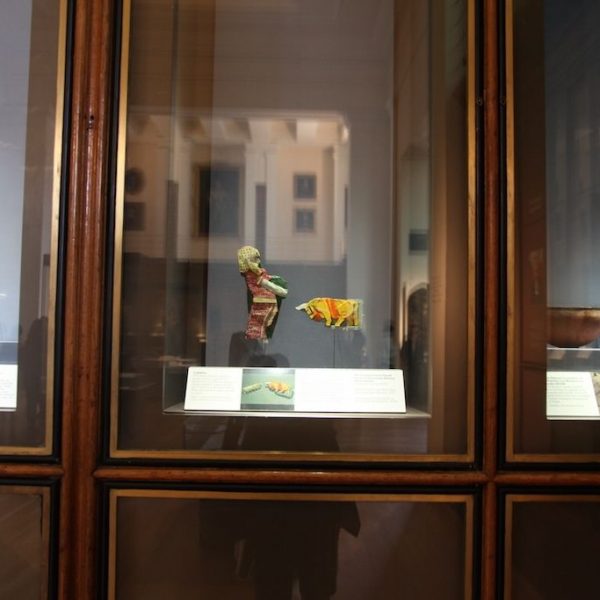 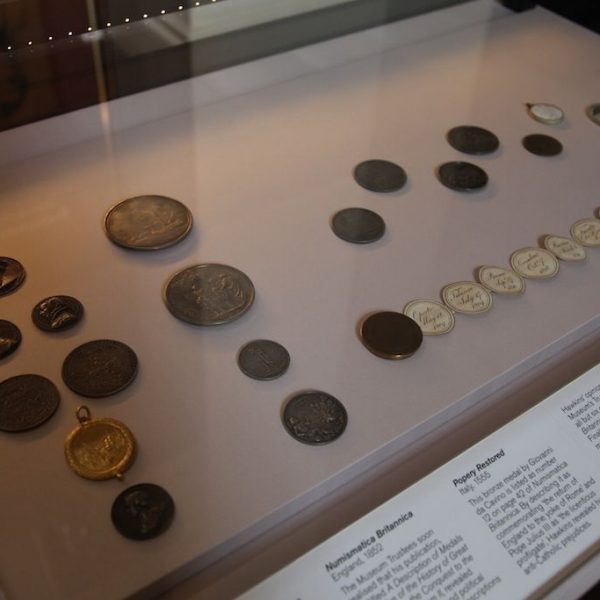 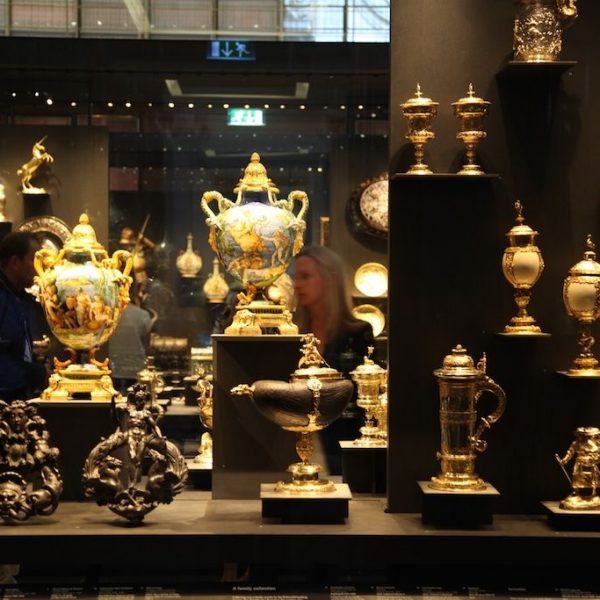 According to the terms of the Bequest the collection has always been shown on its own in a separate room. It was previously displayed on the first floor of the British Museum. The new gallery, Room 2a, previously known as the Middle Room, was the original Reading Room and was part of Robert Smirke’s 1820s neo-classical suite which included the King’s Library (Room 1: The Enlightenment Gallery) and the Manuscripts Saloon (Room 2: Collecting the World). Both rooms act as an introduction to the origins and breadth of the British Museum’s collection, which will now be complemented by the Waddesdon Bequest.

The Waddesdon Bequest is the creation of a father and son in the famous Rothschild banking family: Baron Anselm von Rothschild (1803-1874) of Frankfurt and Vienna, and Baron Ferdinand Rothschild MP (1839-1898), who became a British citizen in 1860. The rise of the Rothschilds from the Frankfurt Ghetto to become the world’s bankers within two generations is one of the best-known “rags to riches” legends in Europe. The family helped to shape the modern world: by the end of the 19th century they controlled not only a European rail network but a global mining industry. The Rothschilds invested their wealth in great houses filled with some of the most sumptuous art collections ever seen. This collection can be viewed as a small, select museum, formed on the fast-growing art markets of Frankfurt, Vienna, London and Paris. It is a treasury of intricate, precious objects, modelled on the art collections formed by princes and nobles in the courts of Renaissance Europe, known as Kunstkammern. Forming Kunstkammern of their own demonstrated the rise of the Rothschilds as a new European aristocracy.

One of the star objects is the Holy Thorn Reliquary, made of gold, enamel and gems sculpted around a simple thorn, supposedly from the Crown of Thorns worn by Christ at his Crucifixion. It was featured in the BBC Radio 4 series A History of the World in 100 Objects, and was described by Neil MacGregor as “a single-object museum”. As one of the most important Christian relics, the Crown of Thorns was acquired by Louis IX, King of France, in Constantinople in 1239 for the price of 135,000 livres – nearly half the annual expenditure of France. The Reliquary was made in Paris around 1400 as a private devotional object for Jean, duc du Berry, one of the greatest collectors and art patrons of the late middle ages. In 1860 the reliquary went for repair to the restorer, Salomon Weininger, who copied it and sold the original which was acquired by Baron Anselm de Rothschild around 1873.

While the Waddesdon Bequest has a strong continental European feel, there are select objects with British historical associations that reveal Baron Ferdinand’s sense of British identity. The Lyte Jewel is a diamond-studded locket which was made in London in 1610-11 to hold a miniature of James VI and I of Scotland and England. It was presented by the King to Thomas Lyte of Lytes Cary, Somerset, in thanks for a royal genealogy which represented James as a descendant of Brutus, the mythical Trojan founder of the British nation. As a Scot and survivor of several assassination attempts, James I was keen to assert his right as a legitimate king of England. Baron Ferdinand proudly showed this important document for British history to his British royal visitors at Waddesdon Manor, such as Queen Victoria and the future Edward VII.

Other treasures include the ‘Cellini’ Bell, encrusted with tiny lizards, beetles and grasses cast from life in silver by Wenzel Jamnitzer in Nuremberg around 1600. The Bell had previously belonged to the British connoisseur, Horace Walpole, who displayed it proudly at his villa at Strawberry Hill. Other treasures in the Bequest range from precious amber and rock crystal, curiosities formed from exotic shells, nuts, ostrich eggs and a “griffin claw”, microcarvings in boxwood and masterpieces of glass, ceramic, goldsmiths’ work and Limoges enamel.

The new gallery has been designed by the architects Stanton Williams, who won the Stirling Prize in 2012. Their design invokes the Schatzkammer (treasure room) tradition that inspired Baron Ferdinand’s collection and extends it into the twenty-first century, allowing visitors to appreciate both the extraordinarily varied objects in the collection and the original library room designed by Robert Smirke. High quality materials are used throughout, including bronze panels that are reminiscent of the luxury of the Smoking Room at Waddesdon Manor and match the craftsmanship of the Middle Room. The curatorial narrative is embedded within the design of the gallery, which enables fully integrated interpretation of the collection through graphics and digital media.

The aim of the gallery, its digital programme and accompanying book, A Rothschild Renaissance, is to reward close looking. The ambitious digital programme accompanying the displays will embrace a variety of platforms. Six in-gallery screens will reveal objects in minute detail and show intricate hidden details. A large-scale projection will connect the gallery with Waddesdon Manor and the Smoking Room. Free WiFi access offers new opportunities for mobile interpretation on visitors’ own devices. A fully responsive microsite will allow visitors to access further information about individual objects. The programme strikes a balance between the on-site and online experience; drawing on resources and knowledge across the collection and exploring the potential of digital media to engage visitors and attract new audiences.

The Waddesdon Bequest gallery is unique in showing an entire surviving 19th Century collection of exceptional quality and rarity. Similar collections formed by Jewish collectors during this period were mostly broken up or lost in the 20th Century: of the forty five splendid European houses and their collections created by the Rothschilds, only Baron Ferdinand’s creation at Waddesdon Manor survives intact and open to the public. This year, an exhibition at Waddesdon, The Renaissance Museum: Treasures from the Smoking Room, explores the context in which the Bequest was originally displayed, before its transfer to the British Museum through the Bequest in 1898.