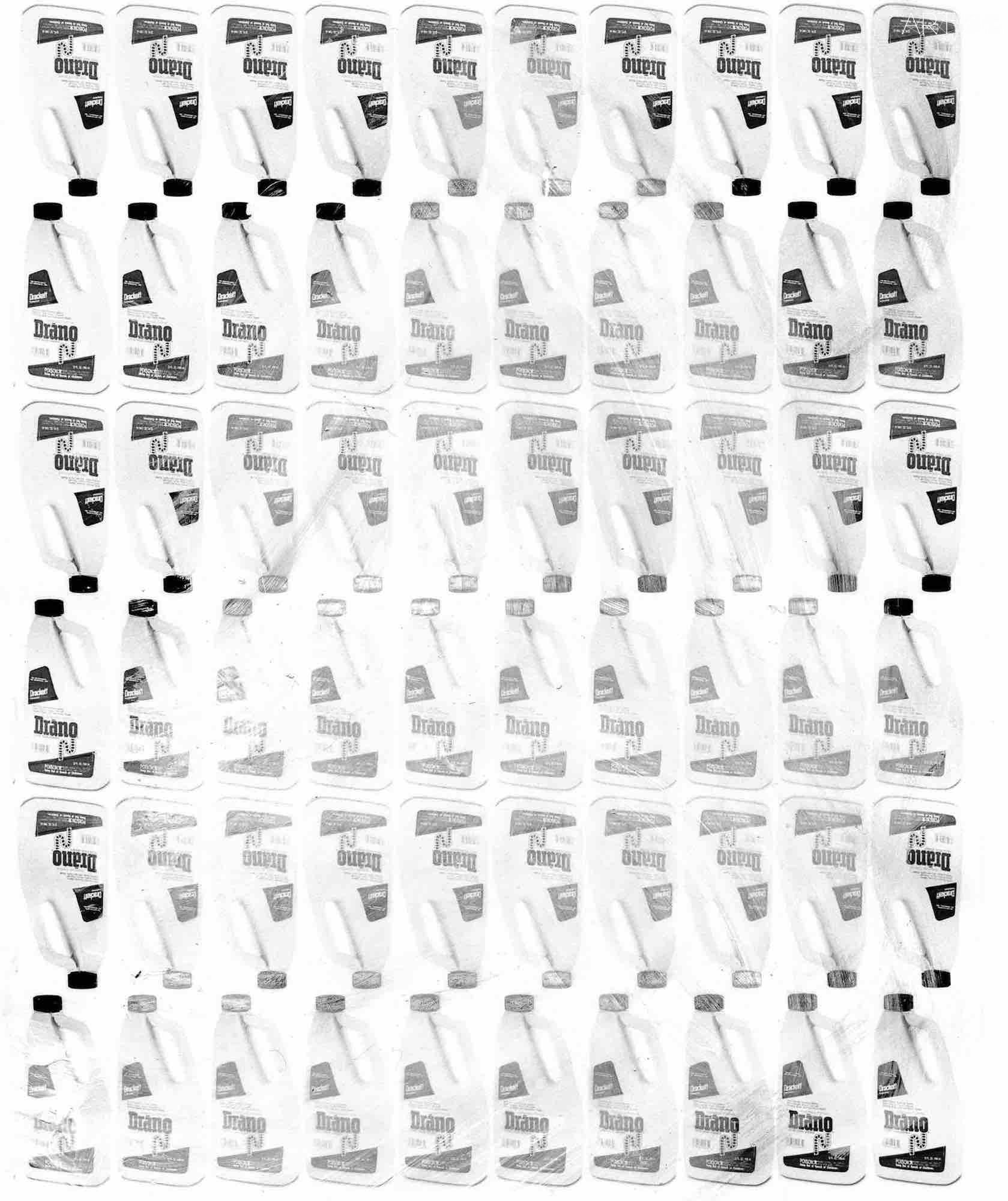 The title is a combination of three German words, and literally translated means ‘gate-shut-panic’. The term dates back to the Middle Ages and describes the panic that medieval peasants might have experienced as they rushed to make it back inside the city gates before they closed at nightfall. Being left outside the protective walls would have meant being exposed to the cold, wild animals and perhaps thieves. These days, the definition of Torschlusspanik is more metaphorical, and is far more likely to be triggered by the effects of a mid-life crisis, or the tick-tock of a biological clock.

This installation, as with much of Thomas’s work, addresses the way in which strategies for writing poetry or fiction can be used and appropriated as a means by which to make work. Artworks tell the story of their process and origins.

Considering the materiality and physicality of ‘things’ and playing materials against each other suggesting weight and movement within the stillness of repeated photographic images. The new wall-based casts feature hidden prints of the American cleaning product ‘Drano’, which features in Vonnegut’s novels, notably as a tool by which several of his characters meet their ends; Once in situ, melted with a heatgun the image is revealed, drips also forming on the works and pooling beneath on the floor.

New cast objects, including rubber walking sticks, lie forlornly on the floor. They punctuate the wall-based works, suggest the absence (or death) of a recent human presence in the space, whilst adding a touch of dark humour in the objects’ obvious worthlessness.

In experiencing the work, one is constantly reminded of the recent presence – and now obvious absence – of the artist. As the wax on the prints melts to reveal the images behind it, the drips and pools tell the story of their making yet reveal little about their genesis. Like the ineffectual walking sticks lying abandoned on the ground, the viewer is left clutching half of the story. 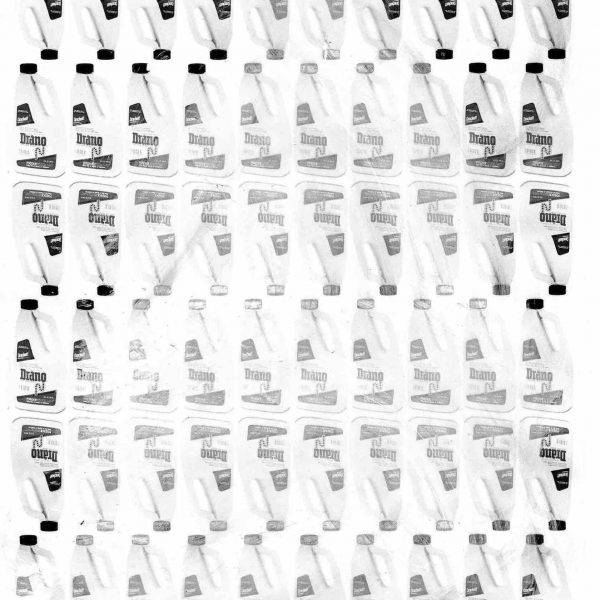 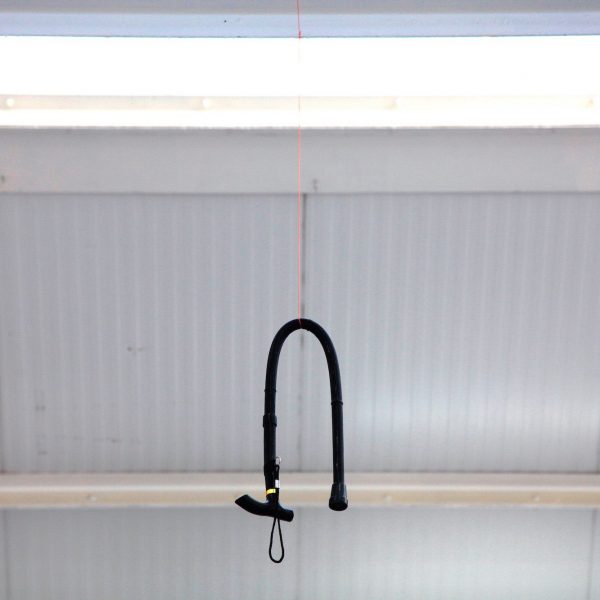 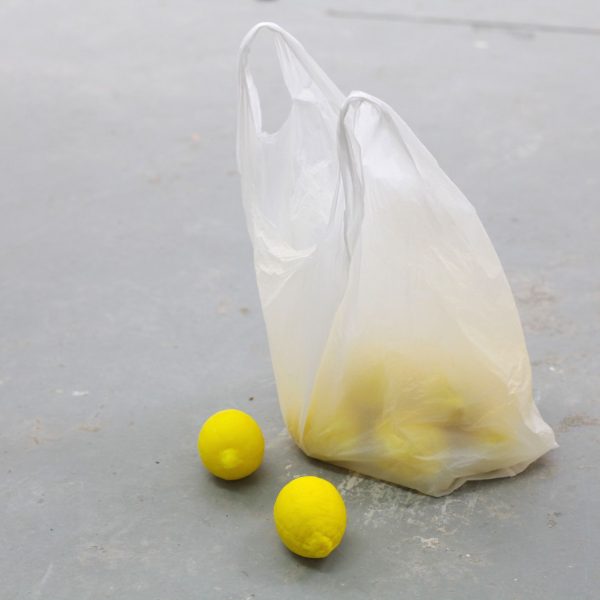 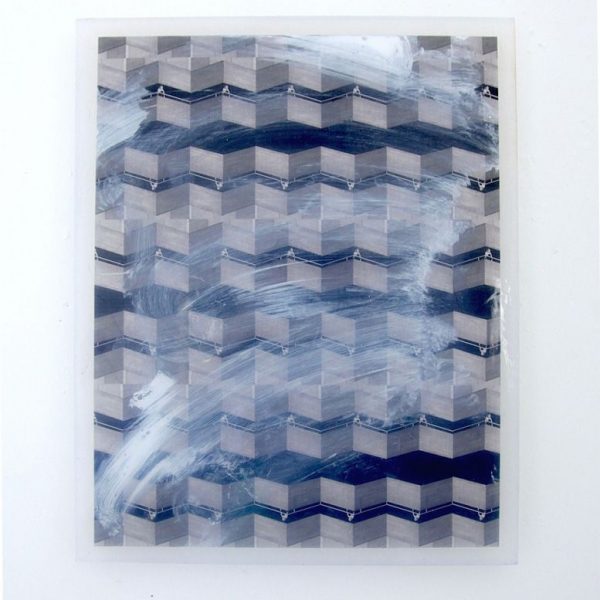 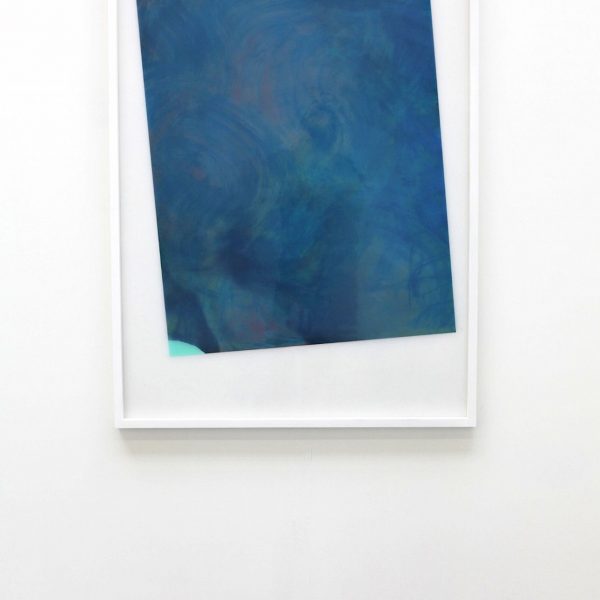 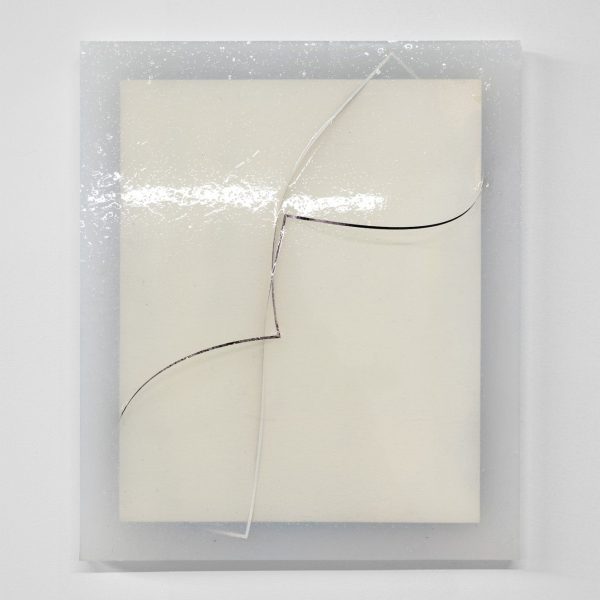 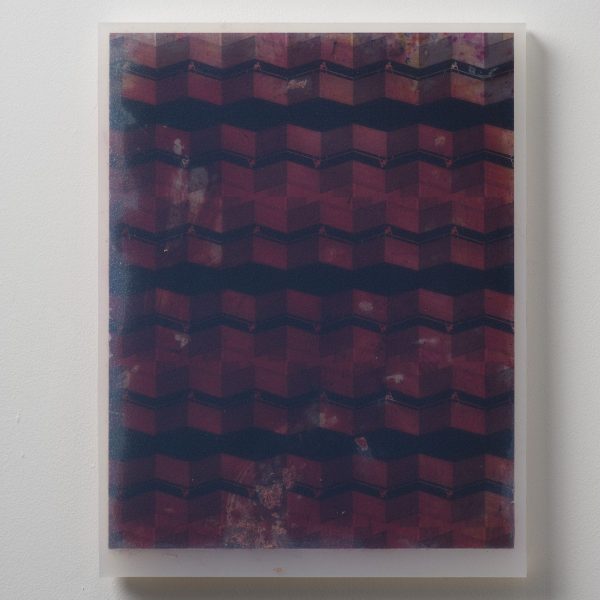 Recent solo exhibitions include ‘To Be Is To Do, To Do Is To Be, Do Be Do Be Do’, Telfer Gallery, Glasgow (2015) ‘In Comes the Good Air, Out Goes the Bad Air, In Comes the Good Air’, Cactus, Liverpool (2015) and ‘A Method for Writing/A Method for Making’, BALTIC Center for Contemporary Art, Newcastle, UK (2014). Group exhibitions include: ‘Incunabula’, Norwich Catherdral Library (2015), ‘An evenescent fix’, VITRINE (2015); ‘Bending Light’, Home-Platform, Bristol, UK (2014); and ‘END’, Cactus, Liverpool, UK (2014). He was included in DAZED’s ‘Artists we’re watching out for in 2015’ list. VITRINE presented Charlie Godet Thomas’ work in a two-person booth alongside Tim Etchells at The Manchester Contemporary 2015. Charlie Godet Thomas is represented by VITRINE.