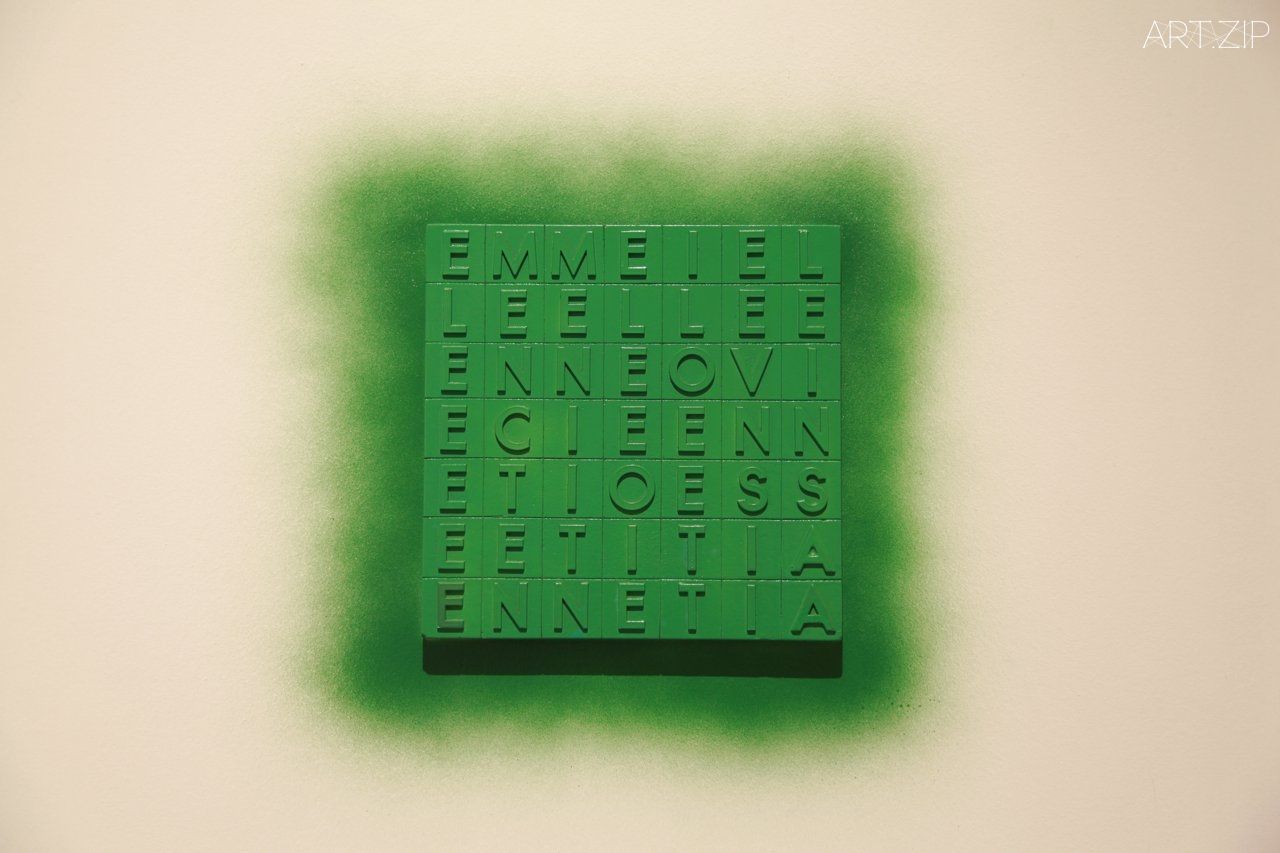 Luxembourg & Dayan is pleased to present an exhibition of post-war conceptual artist Alighiero Boetti’s i Colori series. The exhibition brings together one of his most significant bodies of works in a unique presentation, including an unprecedented display of Boetti’s seminal works ROSSO GILERA 60 1232, ROSSO GUZZI 60 1305 in their multiple incarnations.

In 1967 Alighiero Boetti (1940 – 1994) embarked up on a series of monochromes featuring superimposed prefabricated cork letters centred upon uniformly square wood and metal panels coloured by a single industrial pigment. Made early in his career, this body of works with its hard-edged, modern, glossy, urban feel is one that has been relatively unexplored and uncelebrated in Boetti’s oeuvre. Spanning a four year period when the artist lived predominantly in his home city of Turin, the monochromes reflected their surrounding culture and present in microcosm the ideas that Boetti would spend his life investigating, such as repetition, the inadequacy of language and the dialectic exchange between two selves.

The early monochromes first appeared at his debut exhibition in 1967 at Galleria Stein, Turin. Phrases such as the thin thumb, stiff upper lip and frou frou are phonetic exercises adrift from their origin: the English phrasebooks that Boetti’s wife used for teaching English while the two were living in Paris. No connection exists between the coloured background and the words represented, instead Boetti allowed their random associations to generate absurd and lyrical suggestiveness.

Seizing the exploratory momentum borne out of his inaugural show Boetti transformed the initial monochromes by amalgamating the name and code number of the paint colour in a singular statement that literally became the work. In the works in the i Colori series Boetti employs colour in a ready-made fashion with the most ordinary means available, fixing the material, cultural and aesthetic relationships in a succinct demonstration of colour as partaking in commodity fetishism. Boetti’s implication was that Italy in the late 1960s could only be experienced in the context of designed and branded commodities.

The works make use of the many new automobile paints stocked in local hardware stores in Turin, home to the Fiat headquarters and a car-conscious population. The nomenclature of the paint names such as Verde Ascot, Bianco Saratoga and Oro Longchamp reference the glamour of the racetracks and reflect the aspirational Italian post-war consumer culture that the automobile brands were tapping into. Boetti played upon the commodification of the colours names, as seen in the most iconic works in the series, the variations on the diptych ROSSO GILERA 60 1232, ROSSO GUZZI 60 1305. The
presentation of two very similar but non-identical reds plays upon the loyalties and passion involved in one’s allegiance to the motorcycles companies — you were either a “guzzisti” and “gileristis”; as Giorgio Franchetti remarked, “we dreamt of the motorcycle more than we dreamt of girls”. ROSSO GILERA 60 1232, ROSSO GUZZI 60 1305 borrows not merely its colours and name from the automobile industry, but also its means of manufacture, the spray-painting of industrial varnish onto sheet metal. The first version was made in 1967, then in 1971 another was produced followed by a multiple edition fabricated the same year, and again in 1984 the year the final version was created. The significance of the work, however, is also derived from the fact it synthesises so many of Boetti’s concerns — his notion of twinning, interrogation of language and unity of subject-matter with means of production. In a celebration of this, all the versions Boetti made of this work will be shown together for the first time, commanding a presiding position not only within his oeuvre, but within post-war Italian art.

At other times the automobiles colours became the vehicle to invoke the allure of faraway places. Names like Beige Sahara and Bleu Cannes reflected how in the late 1960s, travel to distant lands gained appeal not only as a fantasy but a matter of achievable reality. Current publications such as Epoca documented foreign worlds that played to the dreams and imaginations of Italians: from the Bahamas to Acapulco, San Diego to Marrakech. As Boetti’s monochromes demonstrate, the colours don’t need to physically change to drive the imagination, showing a deeper truth about language and its imprecision, where the specifications of colour, as with many other things in life, can never be specific enough.

The last works in this series of monochromes embrace the existential concerns that imbue all of Boetti’s practice: pieces in which words have been replaced by figures representing significant dates. Some of these referred to women that were important to him; more poignantly, in 1971 Boetti made a diptych with two dates: the first, 16 December 2040, is the 100th anniversary of his birth; the second, 11 July 2023 the date of he predicted would be his own own death. A meditation on chance, destiny and time, these works were executed first as monochromes in metallic paint upon panels of wood, cardboard or steel, later as brass plaques, before finally being embroidered when the artist began his journeys to Afghanistan. Demarcating the confines of a life through colour and numbers, they show limitation and possibility to be inextricably bound together.

Alighiero Boetti (1940-1994) was one of the most important and influential artists of his generation, whose work radically reconfigured ideas about what art could be made out of — both materially and conceptually. The first Arte Povera artist to be granted a solo exhibition at Tate Modern, Boetti continues to have an important influence on younger artists today. His art engaged playfully with the changing geopolitical situation of his times, using materials from everyday life to consider the systems through which reality is understood — such as language, numbers, measurement and time. His idiosyncratic way of working, spanning laborious craft and humourous Duchampian gestures, created several distinct bodies of work he would develop concurrently throughout his life.

Launched in 2009, Luxembourg & Dayan presents curated, museum-quality exhibitions of works by modern and contemporary artists across gallery spaces in New York and in London. Since opening Luxembourg & Dayan has held a number of critically-acclaimed exhibitions, ranging from historical surveys of artists, such as Mario Schifano, Alberto Burri and Domenico Gnoli, to thematic shows including Shaped Canvsas, Revisited and Grisaille. Recent exhibitions in London include Pistoletto Politico, Jurry Zielinski: Paintings 1968-1977, and A Not So Still Life: Naked Portraits by Lucian Freud.

Luxembourg & Dayan is open Tuesday to Friday 11am-5pm and Saturday 12pm-4pm and by appointment during Frieze week.

Alighiero Boetti: i Colori is accompanied by a catalogue with a new text by curator and art historian Mario Codognato which focuses exclusively on this series of monochromatic works. 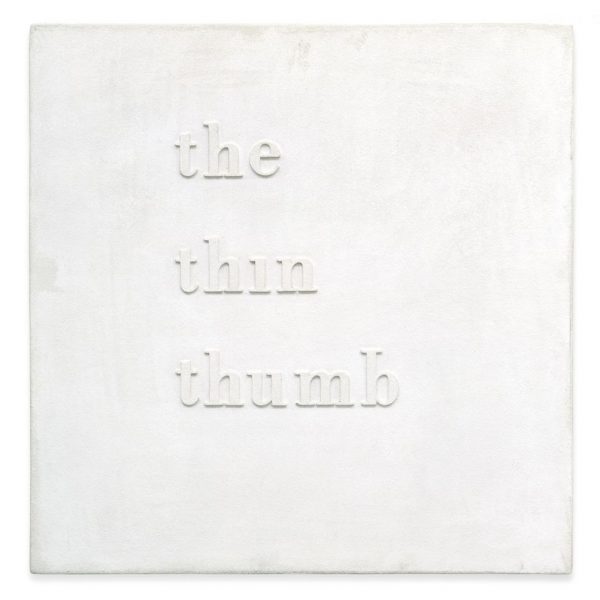 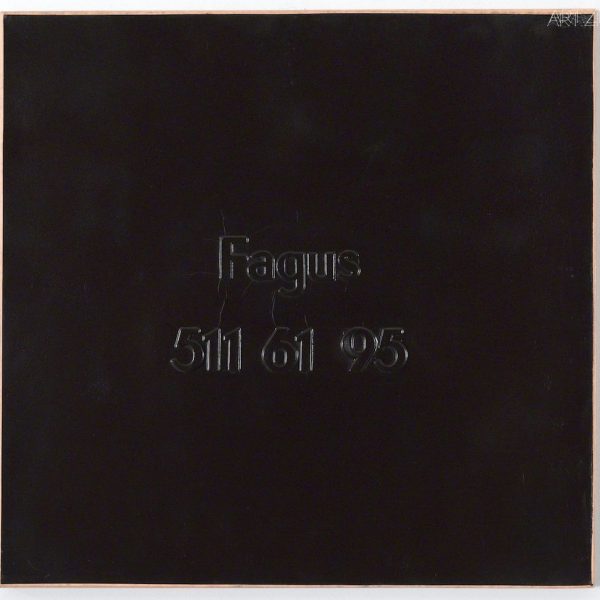 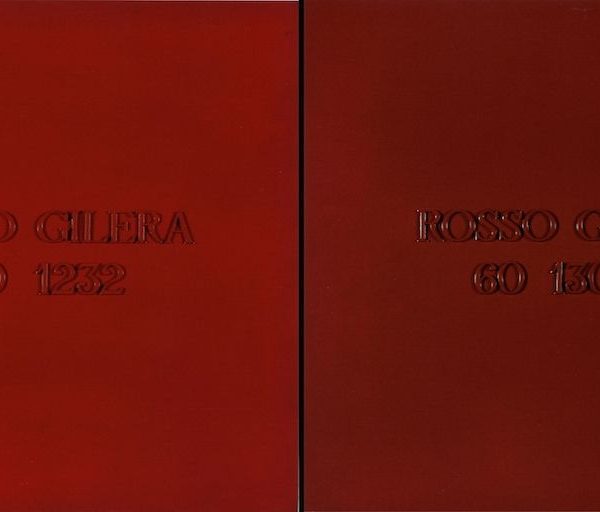 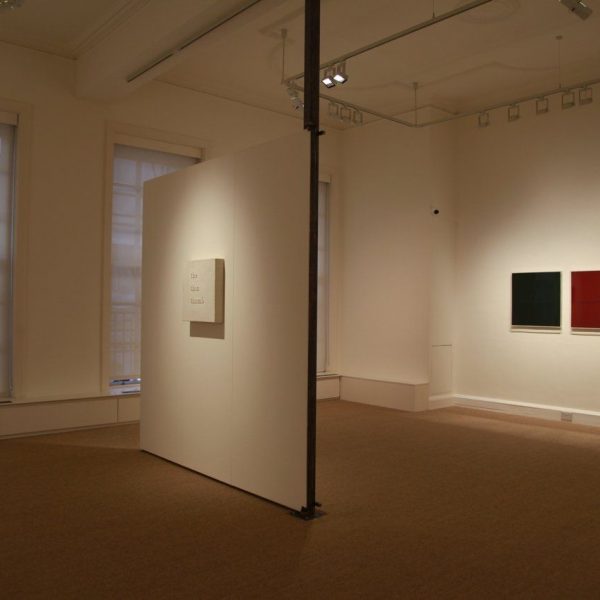 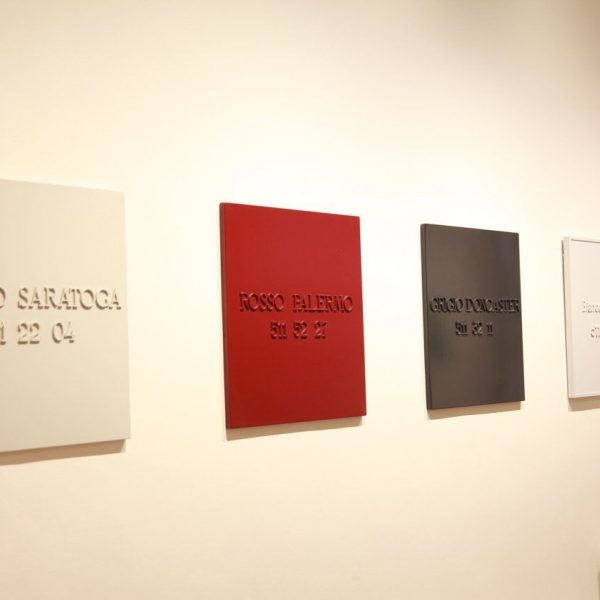 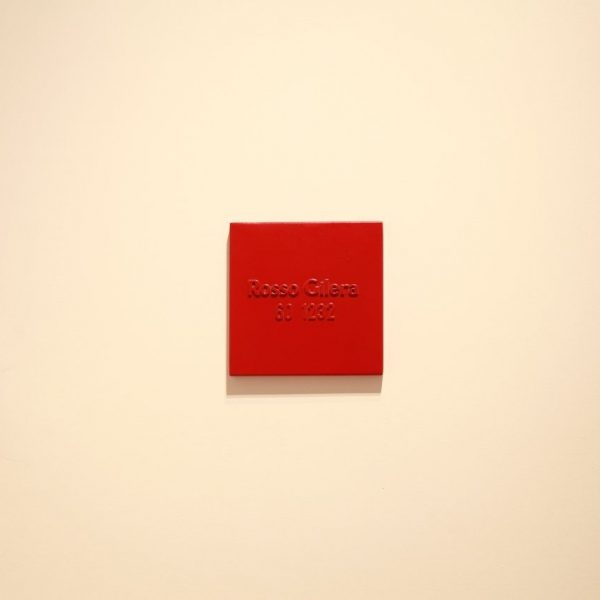 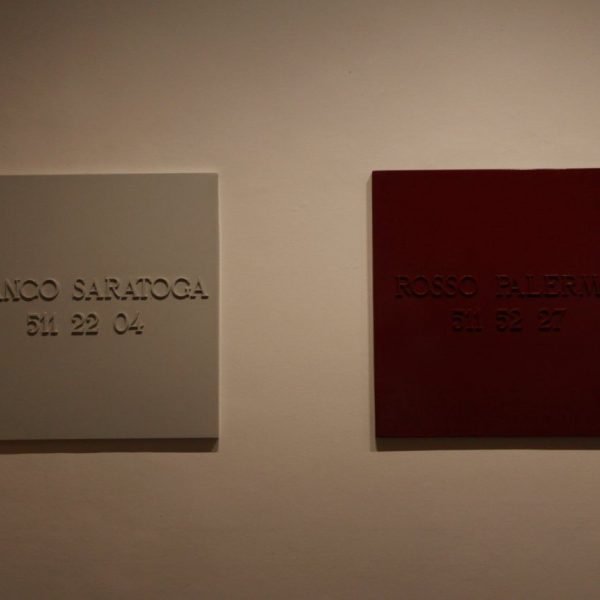 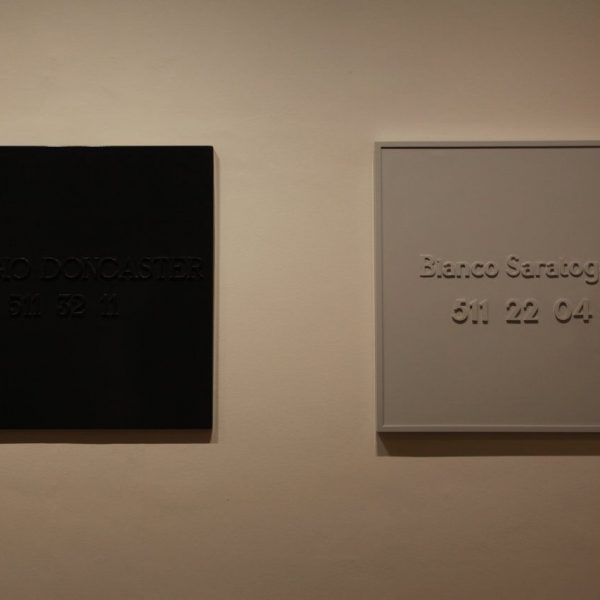 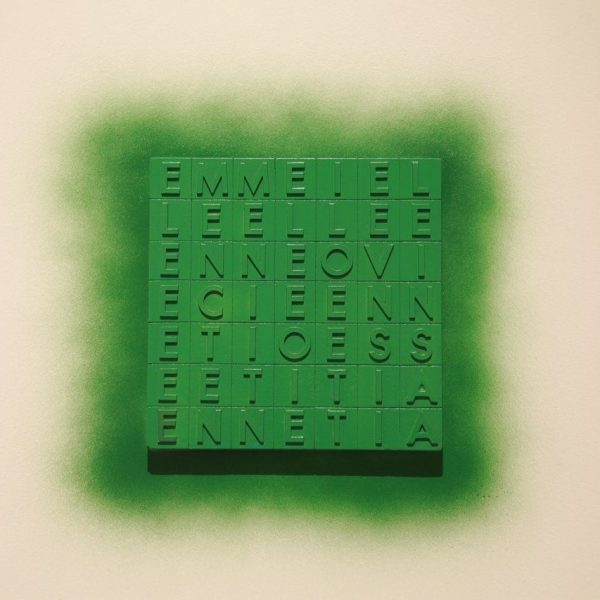 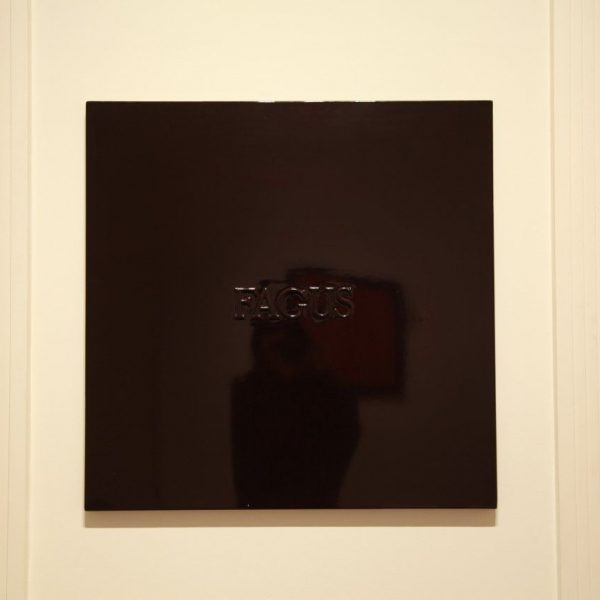 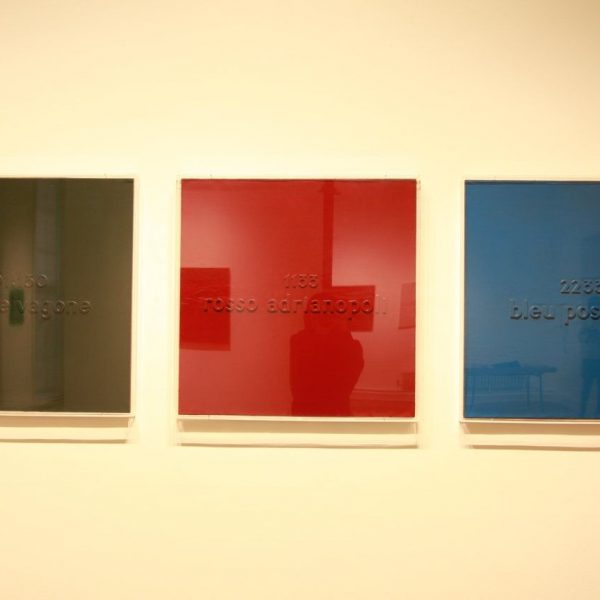 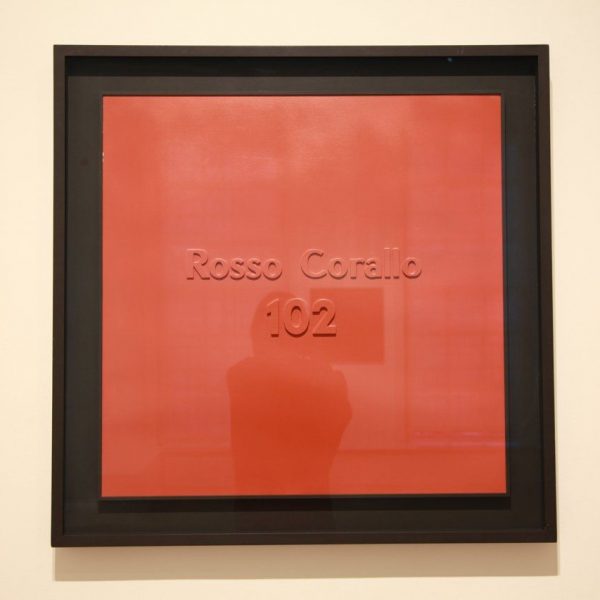