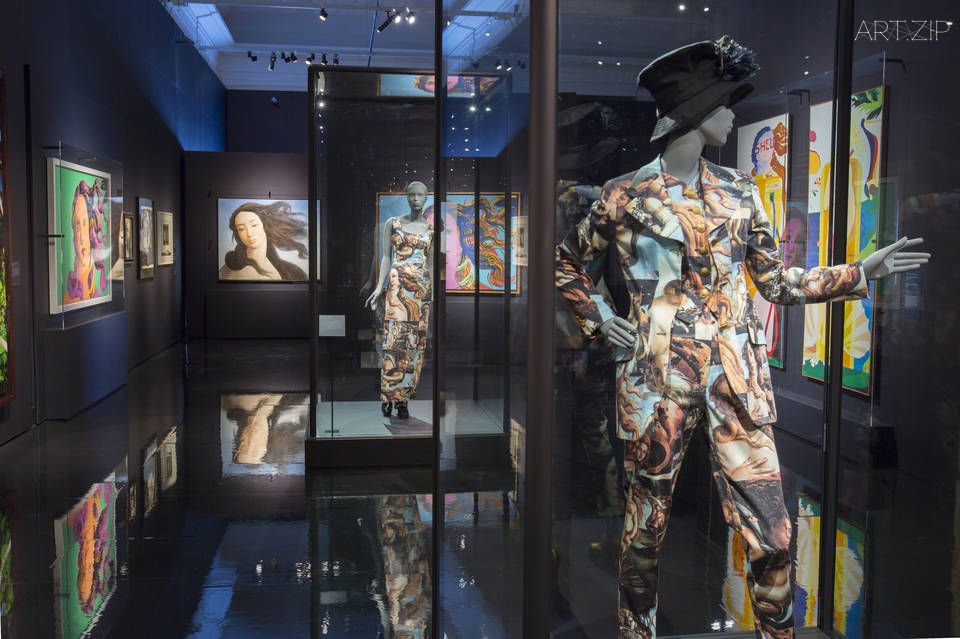 For the first time, a major new exhibition at the V&A will explore the variety of ways artists and designers from the Pre-Raphaelites to the present have responded to the artistic legacy of Sandro Botticelli (1445-1510), assembling 150 works from around the world.

Botticelli is now recognised as one of the greatest artists of all time. His celebrated images are firmly embedded in public consciousness and his influence permeates art, design, fashion and film. However, although lauded in his lifetime, Botticelli was largely forgotten for more than 300 years until his work was progressively rediscovered in the 19th century.

Telling a story 500 years in the making, Botticelli Reimagined will be the largest Botticelli exhibition in Britain since 1930. Including painting, fashion, film, drawing, photography, tapestry, sculpture and print, the exhibition will explore the myriad of ways that artists and designers have reinterpreted Botticelli. It will include over 50 original works by Botticelli, alongside works by artists such as Dante Gabriel Rossetti, Edward Burne-Jones, William Morris, René Magritte, Elsa Schiaparelli, Andy Warhol and Cindy Sherman.

Botticelli Reimagined will be divided into three major sections, entitled: Global, Modern, Contemporary; Rediscovery and Botticelli in his own Time.

Global, Modern, Contemporary will show how Botticelli’s imagery attained its present level of acclaim. This section is dominated by The Birth of Venus, depicting the naked Venus emerging from a shell on the seashore, which cannot leave its permanent display in the Uffizi Gallery, Florence. Andy Warhol’s Details of Renaissance Paintings (Sandro Botticelli, Birth of Venus, 1482) (1984) accommodates the face and flowing hair of Botticelli’s icon in his signature flat style and bold palette, while Yin Xin’s Venus After Botticelli (2008) reinterprets Venus with an Asian appearance. The familiar pose of Botticelli’s figure can be seen in David LaChapelle’s saturated and artificial Rebirth of Venus (2009), and Reineke Dikjstra’s Beach Portraits (1992) show adolescents as monumental figures against the water’s edge. A dress and trouser suit of patchwork panels from The Birth of Venus from Dolce & Gabbana’s S/S 1993 collection will be shown with two Elsa Schiaparelli evening dresses (1938) ornamented with embroidered foliage, inspired by Pallas and the Centaur. Botticelli’s influence on film includes the sequence of Ursula Andress emerging from the sea clasping a conch shell from Dr No (1962) and an excerpt from The Adventures of Baron Munchausen (1988) in which Uma Thurman re-enacts The Birth of Venus. Functioning like the large-scale frescoes he studied in Italy, Bill Viola’s Going forth by Day is a digital image cycle inspired by Botticelli’s inventions. In 5th surgery performance – Operation opera (1994) ORLAN has plastic surgery to mimic Botticelli’s Venus as part of a performance series rewriting Western art through her own body. This section will also include Tamara de Lempicka’s trompe-l’oeil Painting with a Botticelli (1946) which presents Botticelli as the key to art, as well as key works by Robert Rauschenberg, René Magritte and Maurice Denis.

Rediscovery will trace the impact of Botticelli’s art on the Pre-Raphaelite circle during the mid-19th century. Dante Gabriel Rossetti, John Ruskin and Edward Burne-Jones all collected Botticelli’s work, and his aesthetic was reinterpreted in Rossetti’s La Ghirlandata (1873) and Burne-Jones’ The Mill: Girls Dancing to Music by a River (1870-82). The Florentine master’s celebrated Primavera haunts this section, as is shown by William Morris’ The Orchard (1890), a tapestry depicting medieval ladies in a bountiful scene, Evelyn De Morgan’s Flora (1894) illustrating the nymph of flowers, and the only surviving film of Isadora Duncan dancing (c.1900). Copies of The Birth of Venus by Edgar Degas and Gustave Moreau (1859) as well as Etienne Azambre’s Two Women copying Botticelli’s fresco of Venus and the Graces (1894) demonstrate the vogue for copying his work. Botticelli’s European influence is manifest in major paintings by Jean-Auguste-Dominique Ingres, Arnold Böcklin and Giulio Aristide Sartorio.

The final section of the exhibition arrives at Botticelli in his Own Time. This will show that Botticelli was both a supremely skilled artist and a designer of genius who ran a highly successful workshop. Exhibits will include his only signed and dated painting The Mystic Nativity (1500), three portraits supposedly of the legendary beauty Simonetta Vespucci, and the exquisitely detailed Pallas and the Centaur (1482), travelling to London for the first time. A number of variations on the Virgin and Child thematic in different formats will illustrate Botticelli’s creativity as a designer, while a spectacular group of his rare graphic corpus including five of his drawings of Dante’s Divine Comedy reflect his skill as a draughtsman. The show will close with two monumental full- length paintings of Venus, reprising the heroine of The Birth of Venus, and will also feature the V&A’s Portrait of a Lady known as Smeralda Bandinelli (c. 1470-5), formerly owned by Rossetti and restored especially for this exhibition.