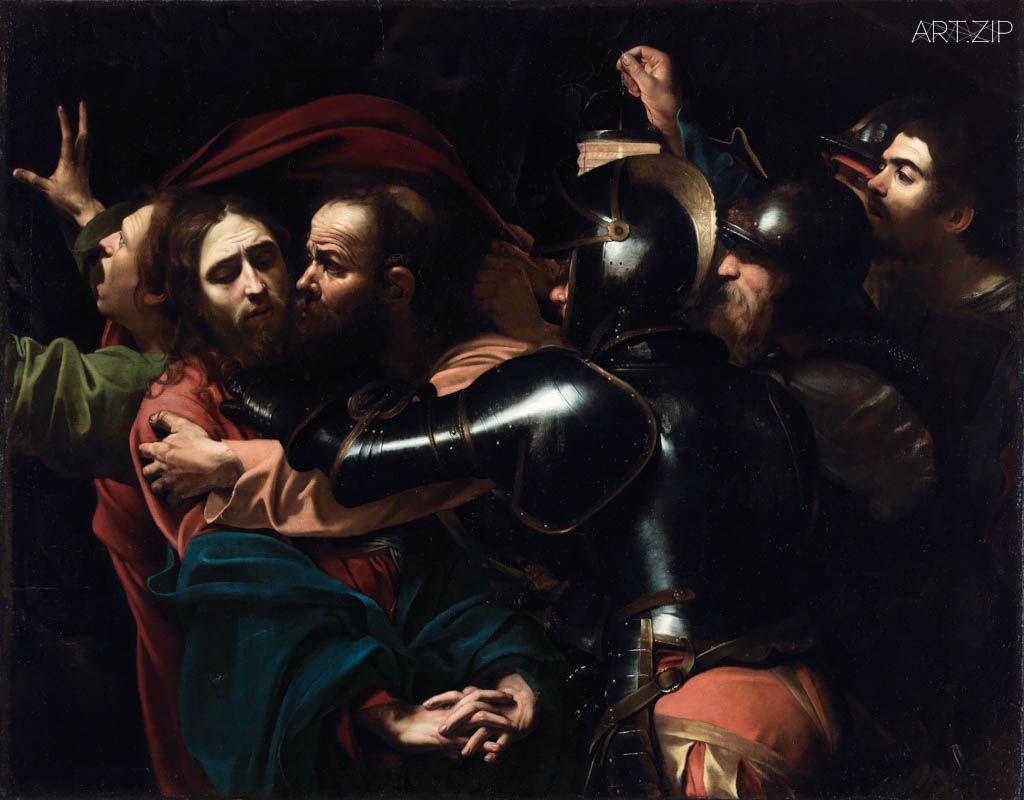 Beyond Caravaggio is the first major exhibition in the UK to explore the work of Caravaggio and his influence on the art of his contemporaries and followers.

Michelangelo Merisi da Caravaggio (1571–1610) is one of the most revolutionary figures in art. His strikingly original, emotionally charged paintings, with their intense naturalism, dramatic lighting and powerful storytelling, had a lasting impact on European art and the reverberations echo down to our own time.

“The painters then in Rome were so taken by the novelty, and the younger ones especially flocked to him and praised him alone as the only true imitator of nature, looking upon his works as miracles, they vied with each other in following him.”

Caravaggio did not have pupils or travel extensively, and he died at the relatively young age of 39, and yet his influence was widespread and astonishingly diverse. From 1600, artists from across Europe flocked to Rome to see his work, and many went on to imitate his naturalism and dramatic lighting effects – these included artists as talented and varied as Orazio Gentileschi, Valentin de Boulogne, Jusepe de Ribera and Gerrit van Honthorst. Paintings by Caravaggio and his followers were highly sought after in the decades following his death, but fell out of favour by the middle of the 17th century.

The show, which travels to the National Gallery of Ireland (Dublin) and the Scottish National Gallery (Edinburgh) in 2017, offers a unique opportunity to discover a number of hidden art treasures from around the British Isles. The majority of the 49 paintings in the exhibition come from museums, stately homes, castles, churches and private collections across Great Britain and Ireland. These paintings, many of which will be unfamiliar to visitors, will demonstrate how Caravaggio’s art came to inspire a whole generation of painters. 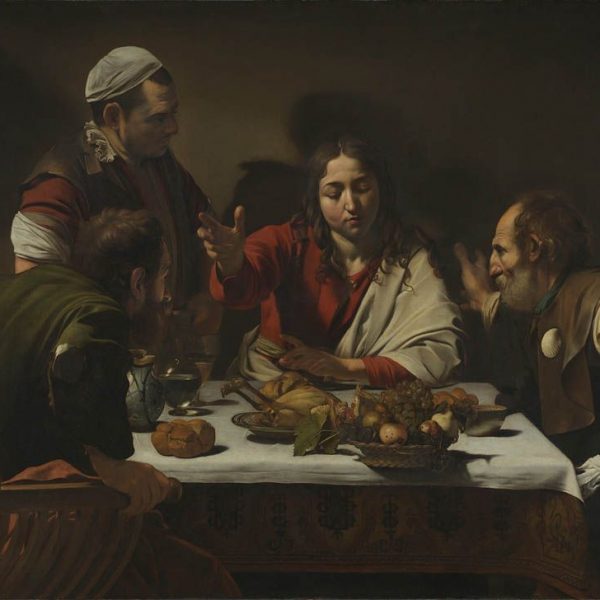 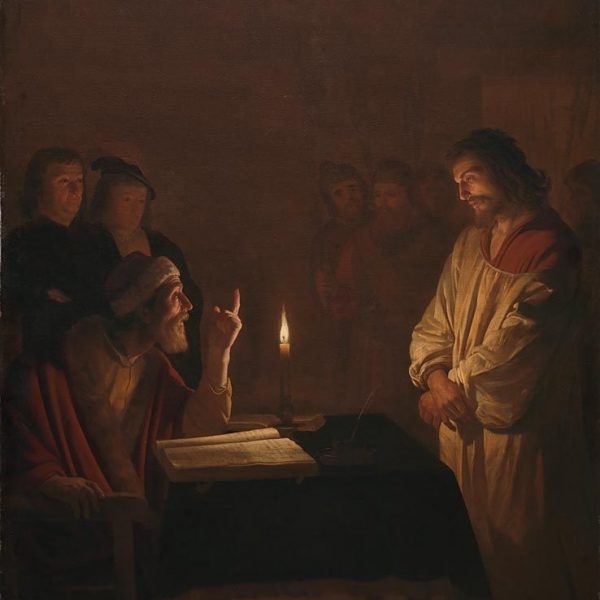 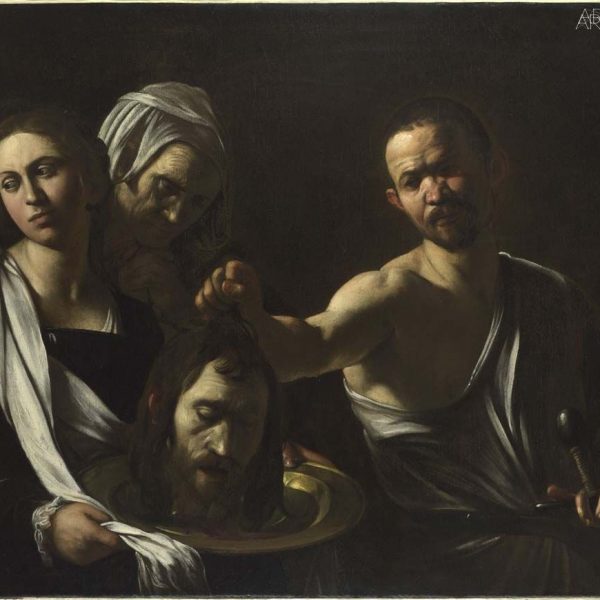 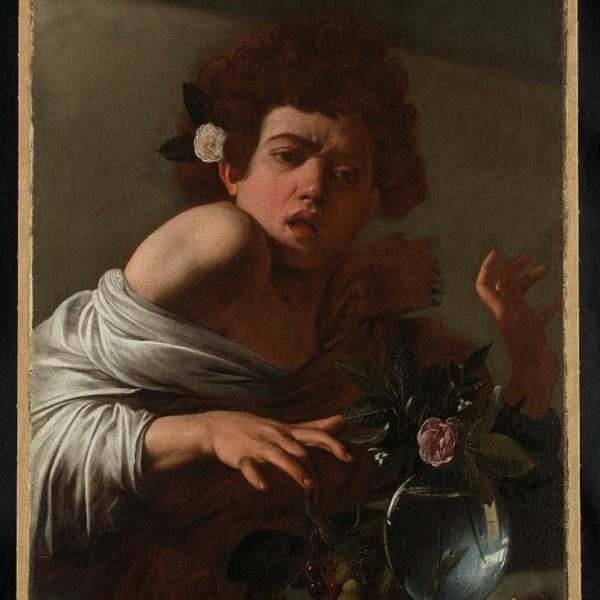 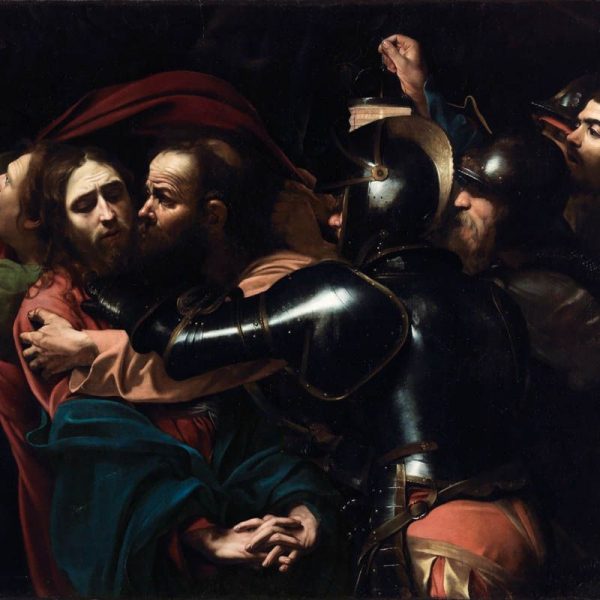 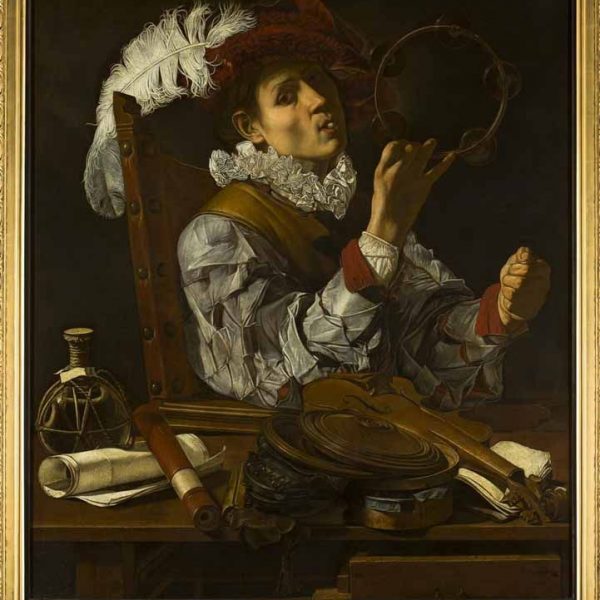 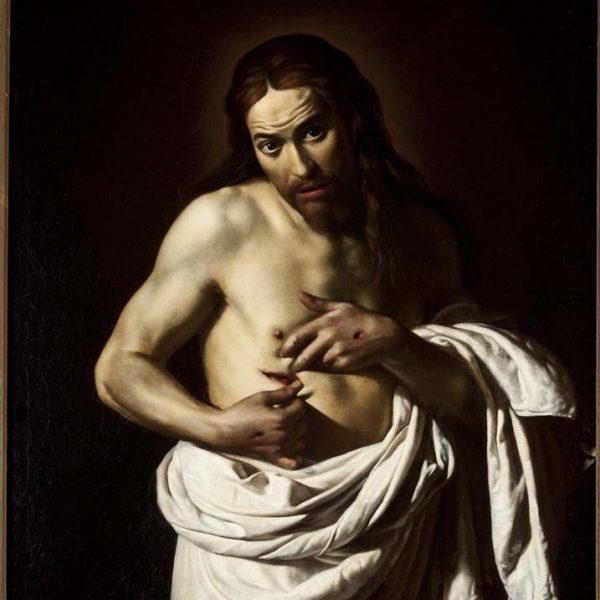 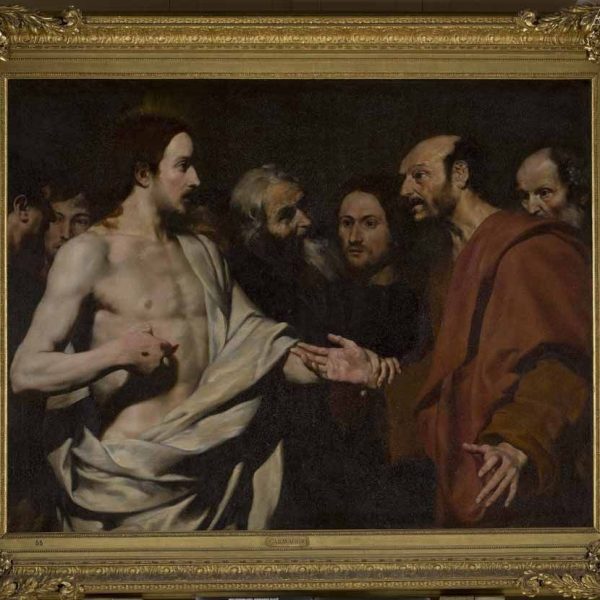 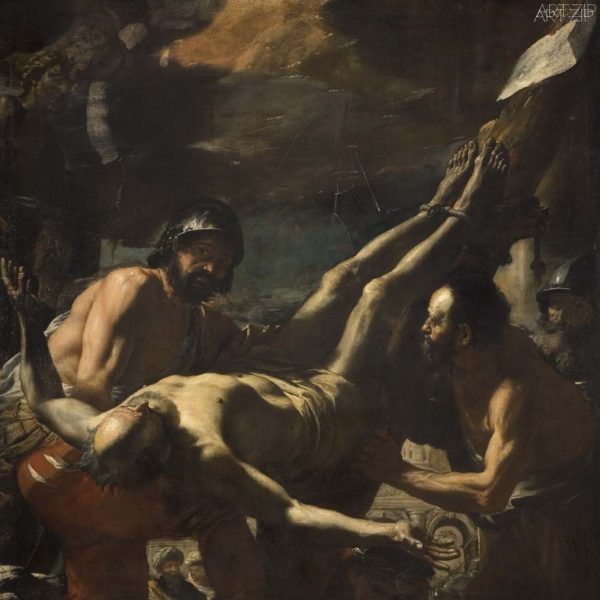 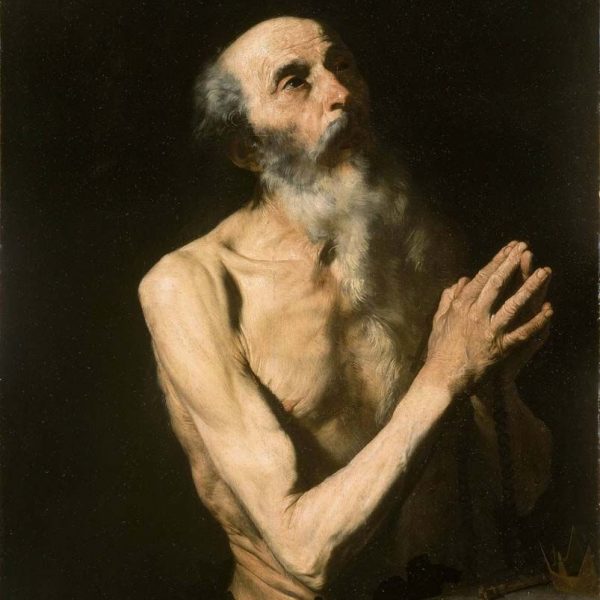 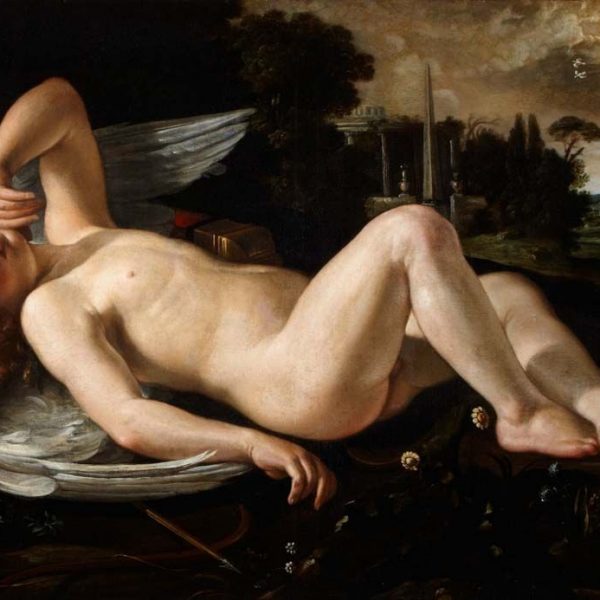 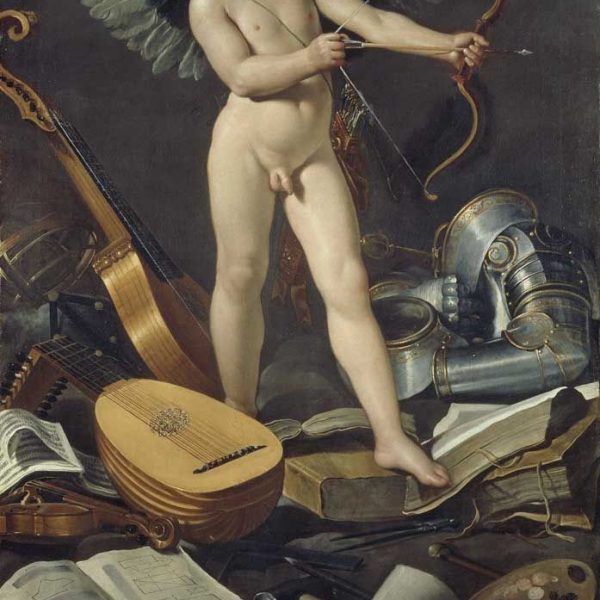 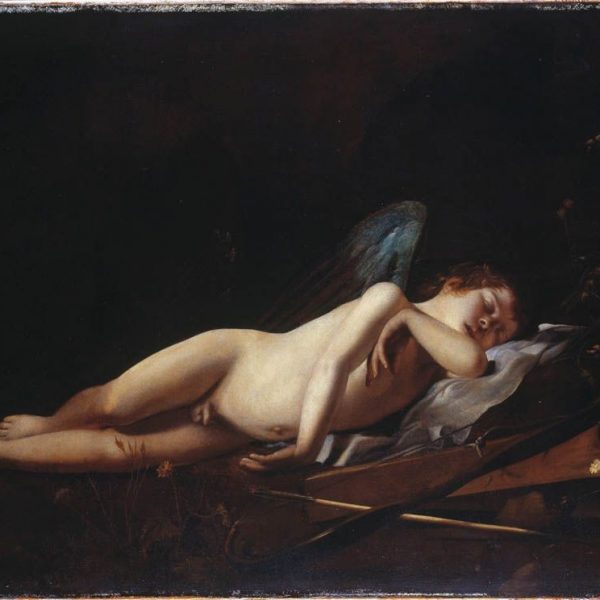 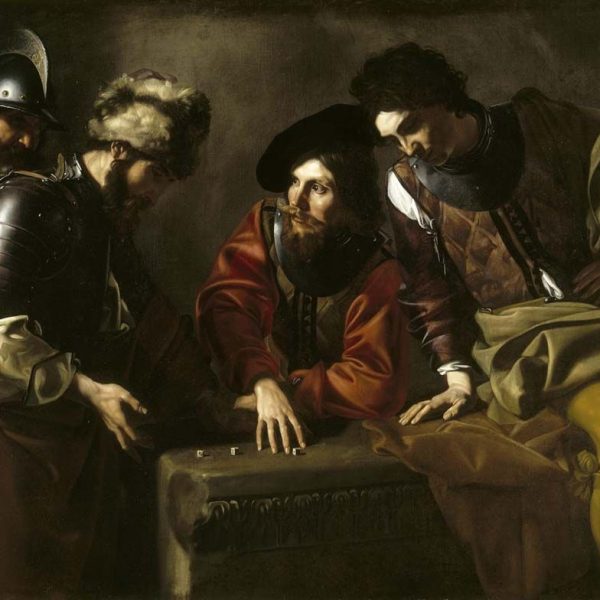 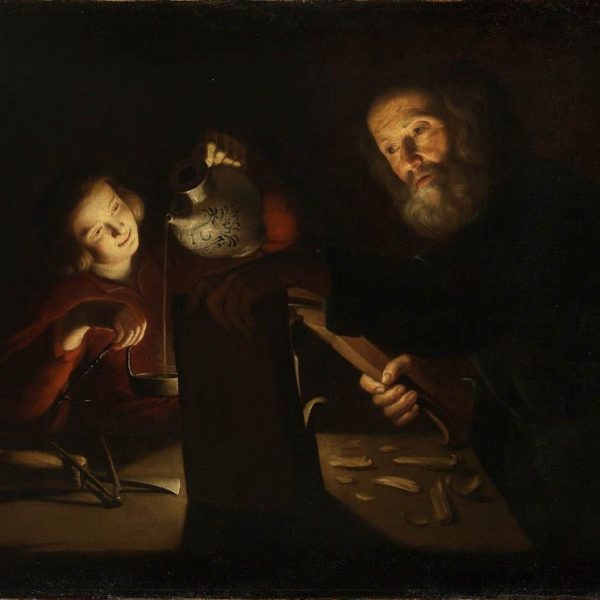 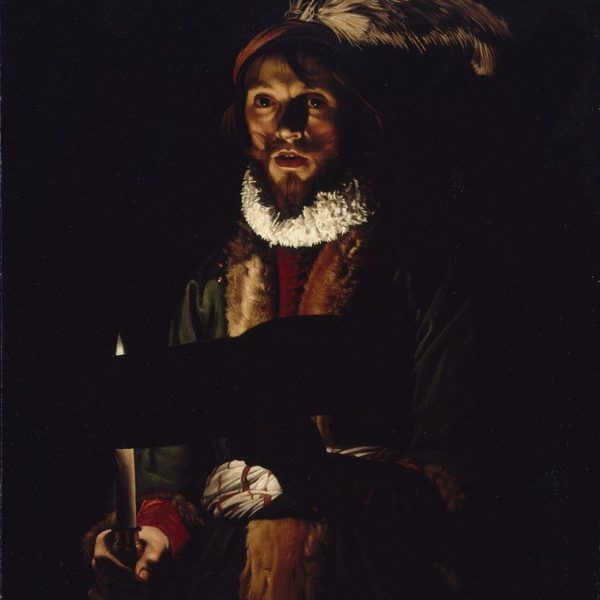 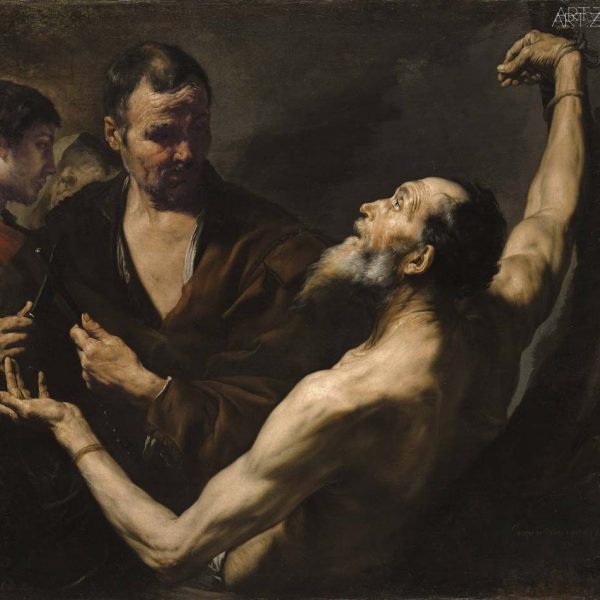 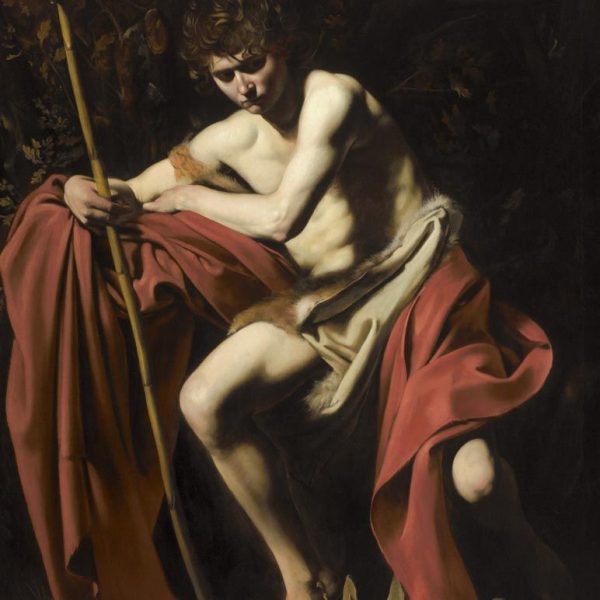 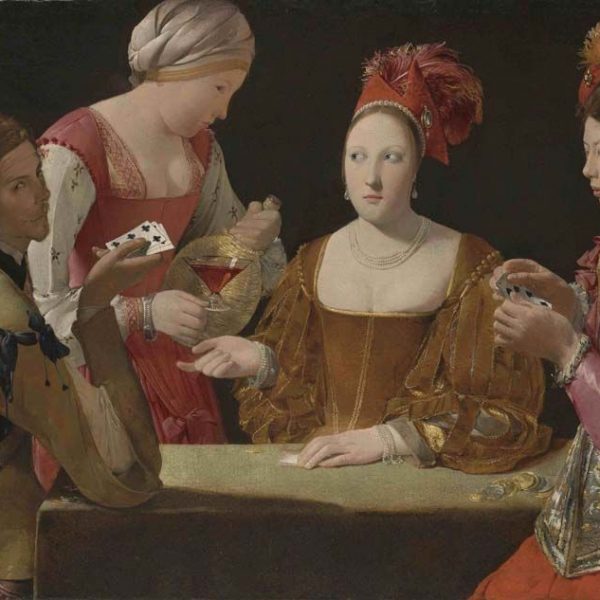 ‘Beyond Caravaggio’ begins by exploring Caravaggio’s early years in Rome, where he produced works depicting youths, musicians, cardsharps and fortune tellers. These paintings were considered highly original on account of their everyday subject matter and naturalistic lighting. The National Gallery’s own Boy Bitten by a Lizard (1594–5) will hang alongside works including Cecco del Caravaggio’s ‘A Musician’ (about 1615, Apsley House), Bartolomeo Manfredi’s ‘Fortune Teller’ (about 1615–20, Detroit Institute of Arts) and a masterpiece by French Carvaggesque painter, Georges de la Tour, The Cheat with the Ace of Clubs(1630–34) from the Kimbell Art Museum in Dallas.

The unveiling of Caravaggio’s first public commission in 1600 caused a sensation and quickly led to numerous commissions from distinguished patrons, among them Ciriaco Mattei for whom Caravaggio painted The Supper at Emmaus (1601, The National Gallery, London) and the recently rediscovered ‘The Taking of Christ’ (1602, on indefinite loan to the National Gallery of Ireland from the Jesuit Community, Leeson St, Dublin). These two paintings will be reunited with other Caravaggesque works formerly in the Mattei collection: Giovanni Serodine’s ‘Tribute Money’ (Scottish National Gallery) and Antiveduto Gramatica’s ‘Christ among the Doctors’ (about 1613, Scottish National Gallery, Edinburgh (on long-term loan from the Archdiocese of St Andrews and Edinburgh, from St Bride’s, Cowdenbeath).

Caravaggio’s practice of painting from life and his use of chiaroscuro (strongly contrasted lighting effects) were quickly emulated, but artists did not simply replicate his style; taking Caravaggio’s works as their starting point,

they responded to different aspects of his art and developed their own individual approaches. Giovanni Baglione’s ‘Ecstasy of Saint Francis’ (1601, The Art Institute of Chicago) is the first truly Caravaggesque painting by another artist; Orazio Gentileschi, who was a friend of Caravaggio’s, is represented by two very different works, whilst his immensely talented daughter, Artemisia, is present in the exhibition with ‘Susannah and the Elders’ (1622, The Burghley House Collection). ‘Christ displaying his Wounds’ (about 1625-35, Perth Museum and Art Gallery) by Giovanni Antonio Galli (called Lo Spadarino) is one of the most striking and memorable paintings in the show.

Caravaggio travelled twice to Naples – both times whilst on the run (the first after committing murder). The Kingdom of Naples was then part of the Spanish Empire and home to many Spanish artists, like Jusepe de Ribera who is represented by three works, (notably ‘The Martyrdom of Saint Bartholomew’, 1634, National Gallery of Art, Washington). Neapolitan artists also frequently travelled to Rome where they had the opportunity to see Caravaggio’s earlier works: this was the case with Mattia Preti, whose ‘Draughts Players’ (about 1635, Ashmolean Museum of Art, Oxford) will be on display.

Caravaggio’s greatest legacy was the enduring power of his storytelling. He injected new life into biblical stories, often blurring the lines between sacred and profane subjects, such as in ‘Saint John the Baptist in the Wilderness’ (1603–4, The Nelson-Atkins Museum of Art, Kansas City). This will be shown alongside masterpieces by his followers, such as Nicolas Régnier’s ‘Saint Sebastian tended by the Holy Irene and her Servant’ (about 1626–30, Ferens Art Gallery, Hull – generously lent during Hull’s UK 2017 City of Culture celebrations) and Gerrit van Honthorst’s ‘Christ before the High Priest’ (about 1617, The National Gallery, London).

Seduced by the power of Caravaggio’s paintings, artists continued to emulate him well after his death, but by the middle of the 17th century Caravaggio’s naturalistic approach had been rejected in favour of a more classicising painting tradition. It would take almost three hundred years for Caravaggio’s reputation to be restored and for his artistic accomplishments to be fully recognised. Today he is rightly admired once again for his unforgettable imagery, inventiveness and astonishing modernity.

“The National Gallery is fortunate enough to have three paintings by Caravaggio, each from a different phase of his career, but we are not normally able to show these works in context in our galleries. The inspiration for this exhibition came from wanting to display these paintings alongside others by Caravaggio’s followers, and to demonstrate the extraordinary breadth and range of his influence on a whole generation of painters.”

“Four centuries on, Caravaggio’s art still retains the power to inspire, awe and surprise. The exhibition shows how his revolutionary paintings, which were praised and damned in equal measure by his contemporaries, had a profound impact on dozens of artists from all over Europe, giving rise to a truly international phenomenon. Visitors will be able to see many works that will be new to them.”

Since 2008, the National Gallery and Credit Suisse have been working together in a unique partnership, which provides a vital funding platform for the Gallery’s exhibitions and educational programmes. David Mathers, CEO of Credit Suisse International, said:

“We are delighted to be sponsoring the first major exhibition exploring the influence Caravaggio had on his contemporaries and followers. This exhibition is particularly special because it brings together so many rarely exhibited paintings that are normally housed in museums, stately homes, castles and private collections within the UK. It will give visitors a unique opportunity to enjoy art treasures that have been gathered together from across the length and breadth of the country as well as to experience the lasting influence of an extraordinary artist who had a major impact on European art.”