‘Among the most exciting, eclectic and jaw-dropping theatre you are likely to see on a British stage’

The London International Mime Festival, directed by Helen Lannaghan and Joseph Seelig, is a unique event in the theatre calendar, a once a year chance to see the very best and newest contemporary visual theatre, including cutting edge circus-theatre, animation and puppetry, mask, physical and object theatre.

Over 29 days, 18 invited companies will give 112 performances of productions that are almost all UK or London premieres, at the Shaw Theatre, Barbican, Central Saint Martin’s Platform Theatre, Jacksons Lane, Soho Theatre, Southbank Centre, The Peacock, and, for the first time, Tate Modern. Artists from Australia, Belgium, France, Germany, Holland, New Zealand, Spain and Sweden will be joining some of Britain’s fast emerging talents as well as established names.

‘The aesthetic outlook of the London International Mime Festival, founded in 1977, remains evergreen, varied and vital. The works of physical/ visual theatre programmed by its astute co-directors enliven the typically bone-chilling post-holiday doldrums’  – The Times 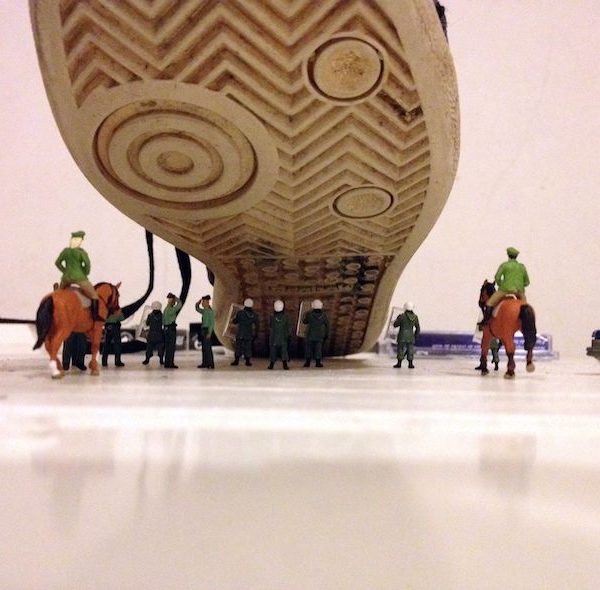 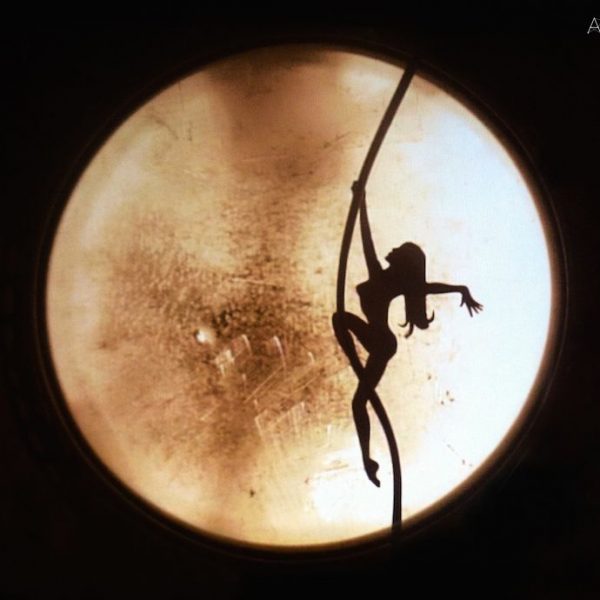 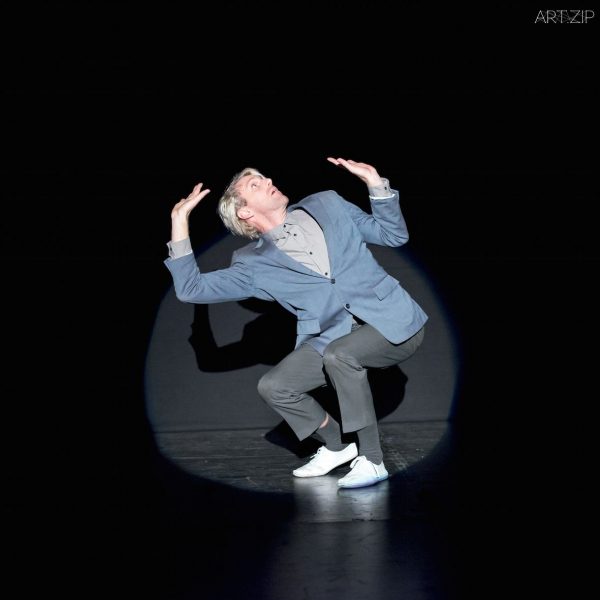 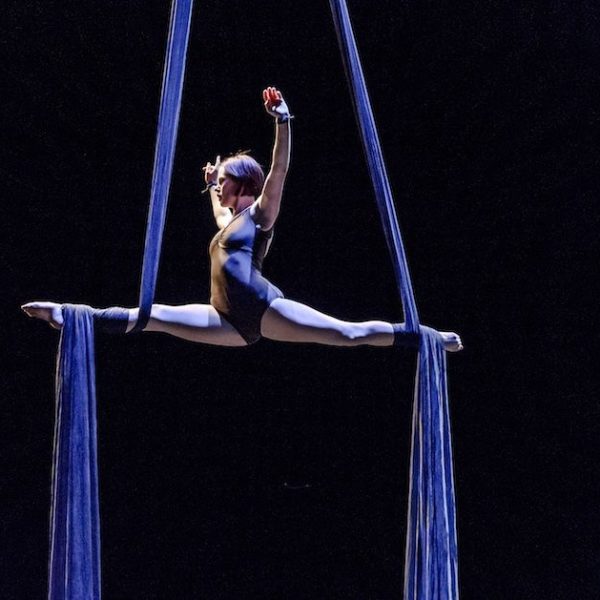 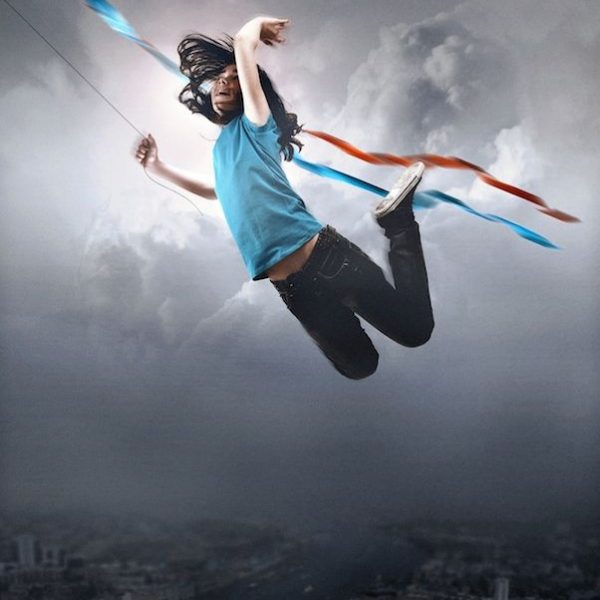 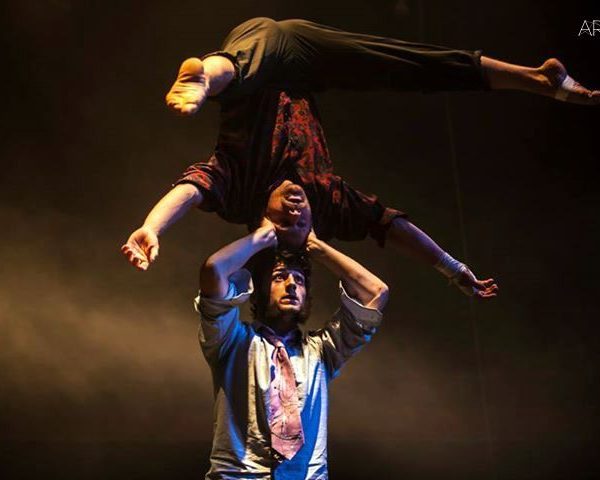 The 2016 festival opens at the Shaw Theatre on Saturday 9thJanuary with Marcel performed by Complicité original members, Jos Houben & Marcello Magni, produced by Peter Brooks’ famous Théâtre des Bouffes du Nord in Paris. A tender and witty exploration of how to get round ageing, these two distinguished performers revisit their early days with Complicité in celebrating the art of physical comedy and the beauty of the ‘gag’.

As a special festival highlight, Jos Houben reprises his acclaimed performance-demonstration The Art of Laughter, explaining and illustrating what makes people laugh.

At The Pit, Barbican, Belgium’s BabaFish combines circus, dance theatre and ingenious stage design in Expiry Date, a heartwarming story about the passing of time and the fading of passion. BabaFish was a winner at Europe’s prestigious Jeunes Talents Cirque competition. Dark Circus by France’s Stereoptik is cinema created in front of your eyes using a live sound-score and the simplest everyday objects: paper, charcoal, sand and ink. In this unfortunate circus, every act ends in tragedy; the trapezist slips, the lion eats his tamer, the human canon-ball disappears into space. A collaboration between Pef, author and illustrator of The Prince of Motordu,  and numerous other children’s books, and performers Romain Bermond and Jean-Baptiste Maillet this is highly skilled, multi-media live animation that is beautiful, and fun to watch. Then, from Germany, Figurentheater Tübingen, three expert puppeteers present Wunderkammer, a wondrous cabinet of curiosities inhabited by disembodied hands, flying fish and all manner of alluring objects and marionettes.

At The Barbican Theatre, Australia’s world-famous acrobatic troupe Circa re-imagines Il Ritorno,  Monteverdi’s great opera about loss, war and the longing to return home.This spectacular fusion of show-stopping physicality, live opera and the ancient Greek story of Ulysses was created by circus visionary and artistic director of Circa, Yaron Lifschitz, with composer/arranger Quincy Grant. He Who Falls (Celui Qui Tombe) by Compagnie Yoann Bourgeois from France is an award-winning show of huge invention, skill and daring. Six superb dancers and circus artists seek to maintain their balance on board a vast suspended platform as it pivots, tilts and spins in space.

At Jackson’s Lane, Glasgow-based Al Seed, winner of a 2015 Total Theatre Award, performs Oog. Delving deep into the fractured mind of a shell-shocked soldier, this is an intensely physical and poetic exploration of the trauma of conflict and violence, and the psychological damage it inflicts. In Aneckxander, Belgian performer Alexander Vantournout rewrites the autobiography of his own body. The extraordinary result is a raw self-portrait in which the naked body both exposes itself to, and tries to escape from, the prying eyes of those looking on. Directed by Bauke Lievens, the show was a winner at Circus Next 2014.

Svalbard Company is an exciting, new, circus-theatre group from Sweden that wowed audiences at Glastonbury this year. In All Genius All Idiot it explores the internal conflict every human has between animalistic, primeval instincts, and human rational intellect. High tech meets nature, caveman meets science.

At The Peacock the Jakop Ahlbom Company from Holland offers a spine-tingling homage to the horror movie genre with Horror.  Ingeniously gruesome, genuinely scary and frequently very funny, it references Gothic classics and more contemporary frighteners like The Shining, Rosemary’s Babyand The Exorcist. Fresh from their recent Edinburgh success, Berlin based masters of mask theatre, Familie Floez return to LIMF with Infinita a roller-coaster visual comedy about birth, sex and getting older, with a cast of larger-than-life characters. It’s in our first and last moments that the greatest miracles occur.

Ockham’s Razor (UK) at the Platform Theatre give the London premiere of Tipping Point. Poles are balanced on fingertips, hung from the roof, lashed, climbed, swung from and walked along, they become forests, crossroads and pendulums, whilst the performers balance, climb and cling to this teetering world, supporting each other as they wrestle with the moment when things begin to shift. They must decide whether to rail against the chaos, struggling to exert order on a disordered world, or ride it out, allowing life to tilt towards the tipping point.

New Zealand’s Trygve Wakenshaw returns to Soho Theatre, this time with his 2015 Foster’s Edinburgh Comedy Award nominated show Nautilus. A tour-de-force of high-octane mime and the eagerly anticipated follow-up to last year’s sell-out physical comedy hit, Kraken. Why did the chicken cross the road? Trygve Wakenshaw has the definitive answer.  Inspired by the world of The Snowman and The Red Balloon, Kite by award-winning Devon based theatre company The Wrong Crowd is a play without words, with specially composed music, dance, puppetry, and of course kites. A poignant love-song to the wind, freedom and the joy of play.

At Southbank Centre, Xavier Bobés (Spain) creates an intimate salon setting for Things Easily Forgotten (Cosas Que Se Olvidan Facilmente) A brief history of Spain in the second half of the twentieth century, for five people at a time, the show unfolds in a powerful sequence of sensory experiences that invokes old memories and invents new ones.

(Mi Gran Obra). Featuring 300 actors, a military orchestra, herds of animals, cars, helicopters and a rock band, Espinosa creates his “great work” on a white tabletop with the help of miniature figurines, proving that you don’t need a stadium-sized production to create significant works of art.

The Festival line-up will be complemented by workshops, films and artists’ talks.