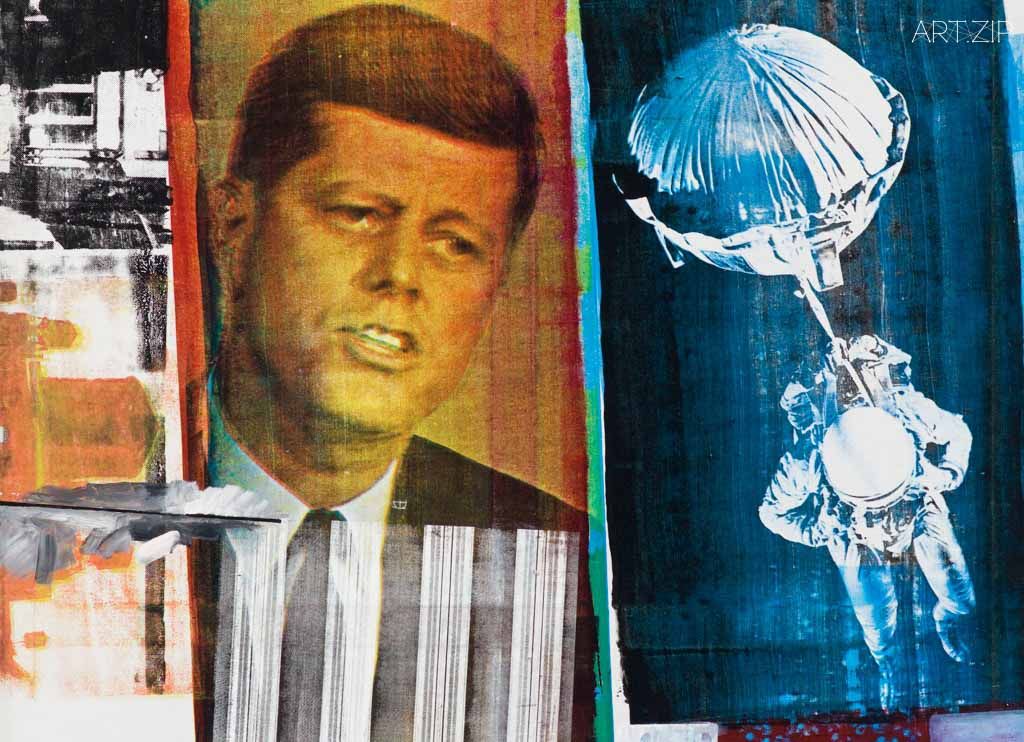 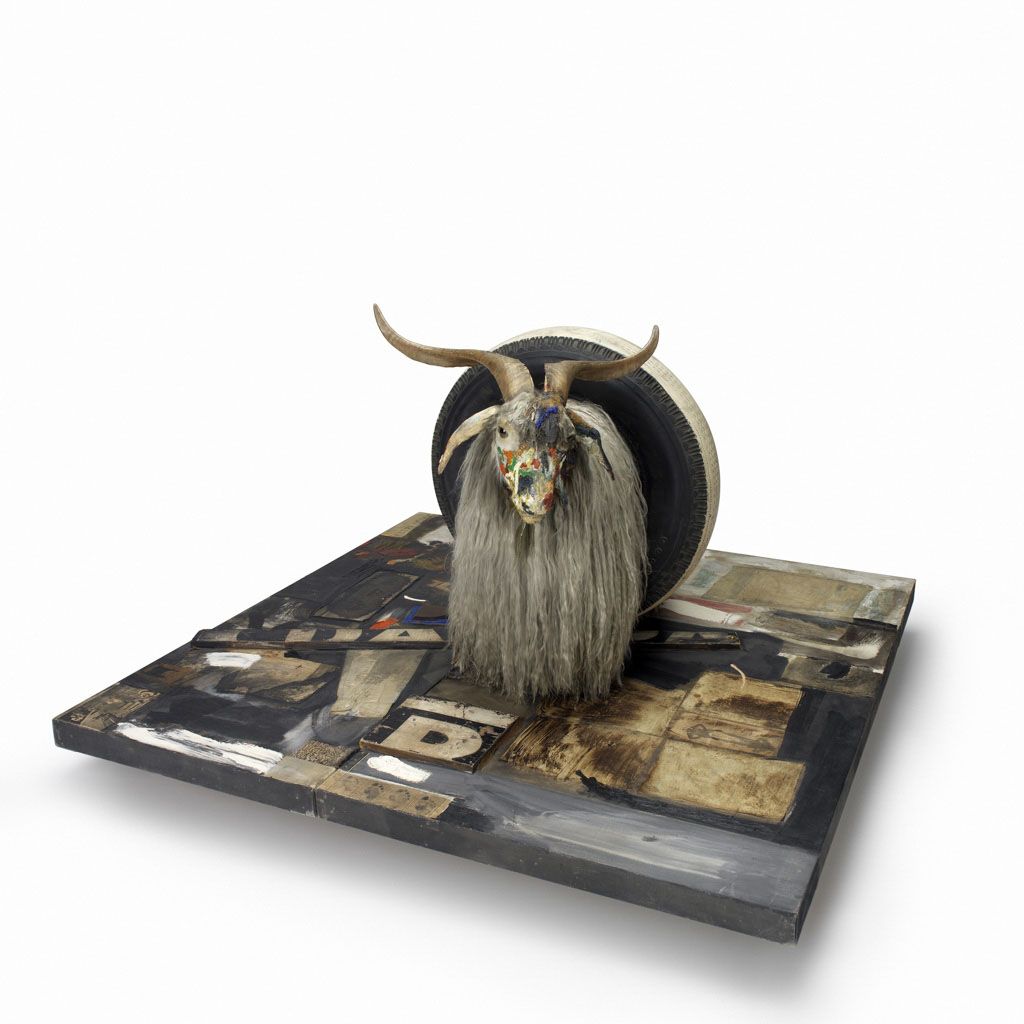 Tate Modern’s major exhibition of the work of Robert Rauschenberg (1925-2008), organised in collaboration with The Museum of Modern Art in New York, will be the first posthumous retrospective and the most comprehensive survey of the artist’s work for 20 years.

The first US artist to win the Golden Lion at the Venice Biennale in 1963, Robert Rauschenberg blazed a new trail for art in the second half of the twentieth century. Moving between painting, sculpture, photography, print-making, technology, stage design and performance, he refused to accept conventional boundaries in art and in life, his quest for innovation fired by his openness to the world, his enthusiasm for collaboration and his passion for travel.

Each chapter of Rauschenberg’s six-decade career will be represented by major international loans that rarely travel. Among there is a selection of his iconic Combines, hybrids between painting and sculpture, which include Monogram 1955-59, travelling to the UK for the first time in over half a century, and Bed 1955. Tate Modern will also show the signature silkscreen paintings which signalled Rauschenberg’s early commitment to political activism, including Retroactive II 1964, which portrays John F. Kennedy, who had recently been assassinated. 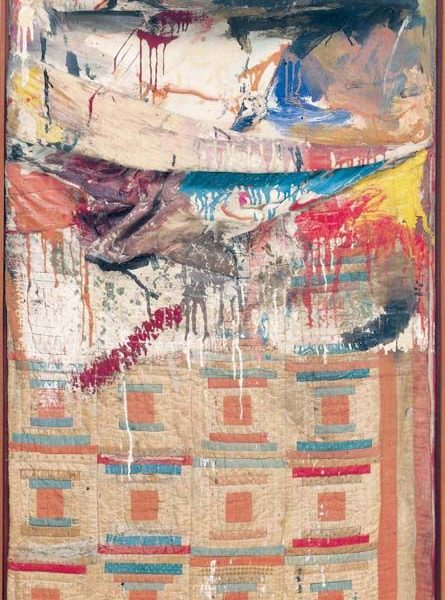 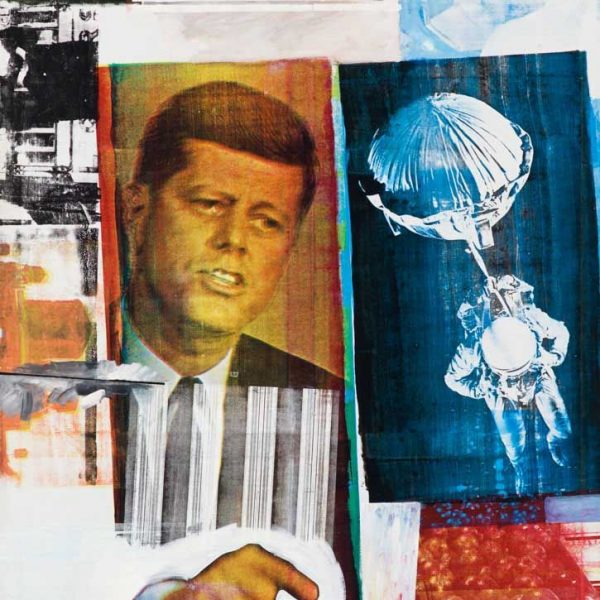 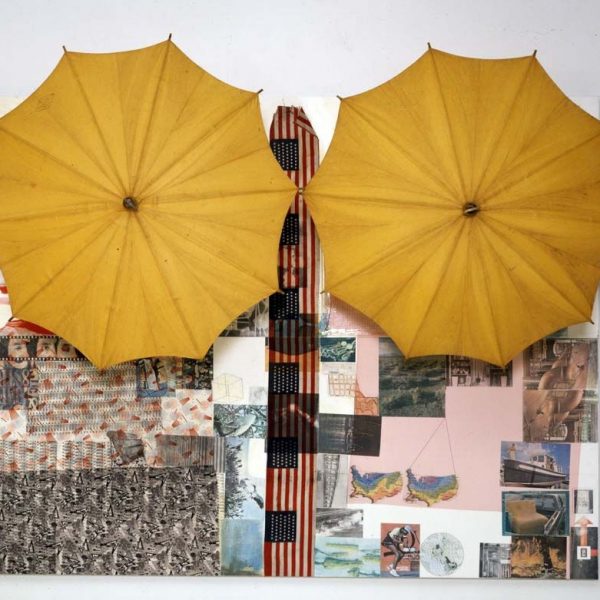 The exhibition will begin by considering Rauschenberg’s early experiments at Black Mountain College, a hotbed for innovation in the late 1940s and early 1950s where he embarked on his first collaborations with fellow artists and friends John Cage, Merce Cunningham, Jasper Johns, David Tudor, Cy Twombly and Susan Weil. This time lead to his seminal Erased de Kooning Drawing in 1953, which paid tribute to the achievements of abstract expressionism as much as it tested the limits of what art could be.The artist’s work with Experiments in Art and Technology (E.A.T), an organisation of which he was a founder and which developed collaborations between artists and engineers in the 1960s, will be explored, showing how he helped to blur the boundaries between the visual arts, performance and science.

In the early 1970s Rauschenberg moved his studio and primary residence to Captiva, Florida and began to travel extensively across Europe, the Americas and Asia. His Cardboards 1971-2 – a wry comment on the forces of globalisation – and his sumptuous fabric works such as The Jammers 1975-6 – inspired by his visit to the Indian textile centre of Ahmedabad – demonstrate his skilful play with unconventional materials. The epic project Rauschenberg Overseas Culture Interchange (ROCI), a travelling exhibition which took place between 1984 and 1991 taking in Chile, China, Cuba and Tibet, will also feature.

Performance and dance remained key interests for Rauschenberg and will form a central strand of the exhibition, as will his interest in pushing the limits of image-making with new materials such as printing on translucent textiles, polished steel or oxydised copper. A striking group of late inkjet paintings, combining dozens of images taken at home and abroad through the use of digital technology, will reveal how he continued to innovate right into the twenty-first century.