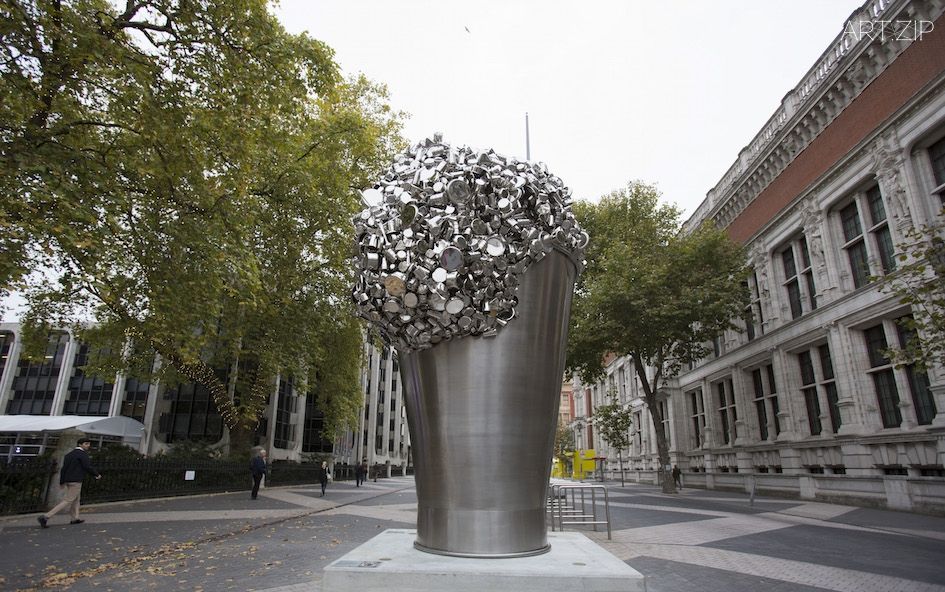 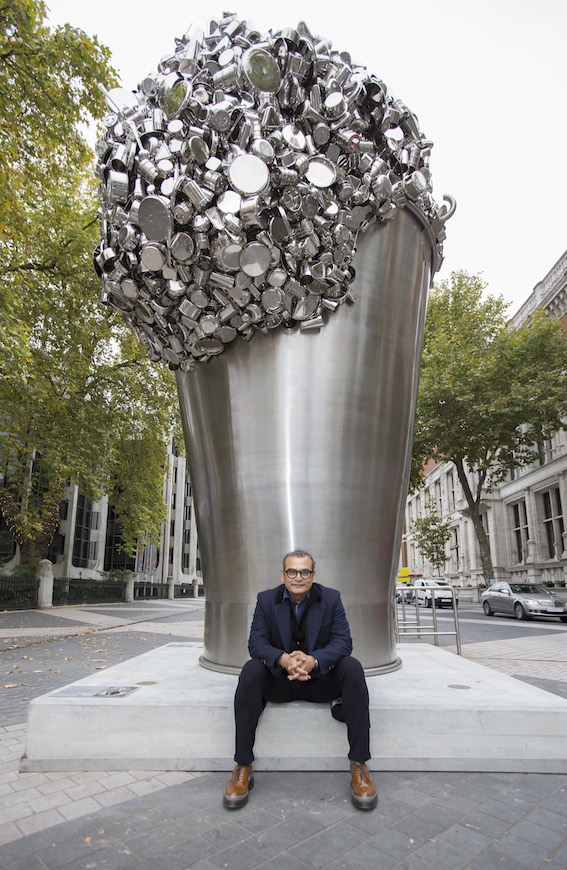 The V&A unveiled When Soak Becomes Spill, a major new installation by Indian contemporary artist Subodh Gupta. Created as part of the India Festival at the museum, the work features a stainless steel bucket standing six metres high and overflowing with pots, pans, spoons, and other cooking implements. This sculpture of monumental size is on display on Exhibition Road, outside the Museum.

“I love cooking. When I cook in the kitchen, the utensils are the objects there. One afternoon I brought my utensils to my studio, and things changed ever since”, the artist said.

The ordinary utensils that are spilling from the brim of the huge bucket are the essential objects in Hindu kitchens. For Gupta these objects not only make up the memory and experience of his childhood, but also form the crucial vocabularies in his artistic language. Essentially as the process of forming different linguistic sequences using the syntax that is contingent upon the context, the trivial paraphernalia of Indian lower-middle class are mobilised and remade by the artist into the play of meaning.

Installed in the high-class area of South Kensington, the spilling utensils with bright and shiny surface are translated into a metaphor for new commodities and growth of consumer society. The sculpture nicely fits into the superior neighbourhood with its aesthetic appeal and yet makes an interesting irony as it alludes to the wastage of the word’s natural resources by contemporary society.

Subodh Gupta was born in 1964 in Patna, Bihar. He is now based in New Delhi. His work encompasses sculpture, installation, painting, photography, performance, and video. The artist rose to international prominence in 2007 following the display of a large bronze installation of antique utensils, Gandhi’s Three Monkeys, at Art Basel and a giant skull formed from tiffin pots, Very Hungry God, at the Venice Biennale. His installations have been exhibited in Paris, New York, Beijing, Sao Paolo, Seoul, Tokyo and many other cities across the world. In January 2014 a major retrospective of his work was held at the National Gallery of Modern Art in Delhi. 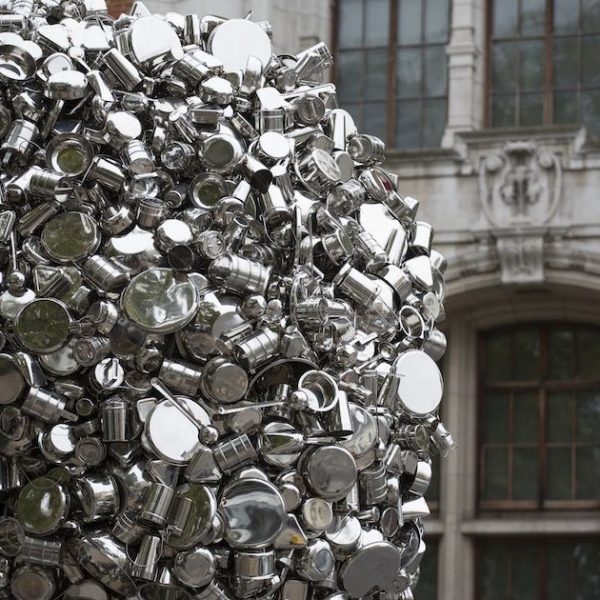 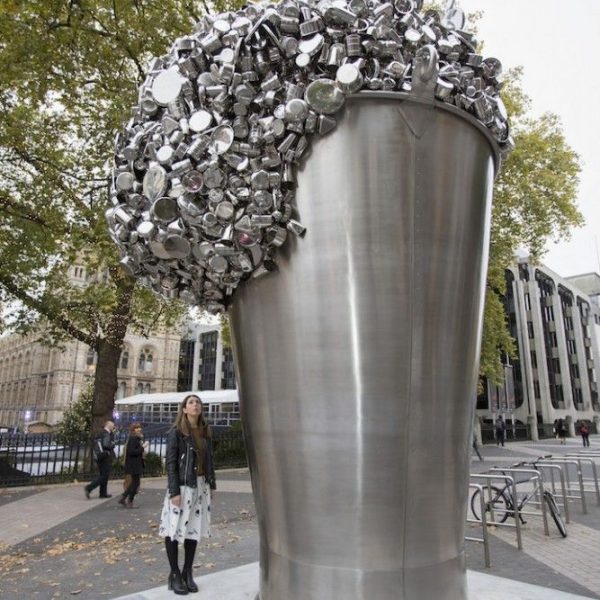 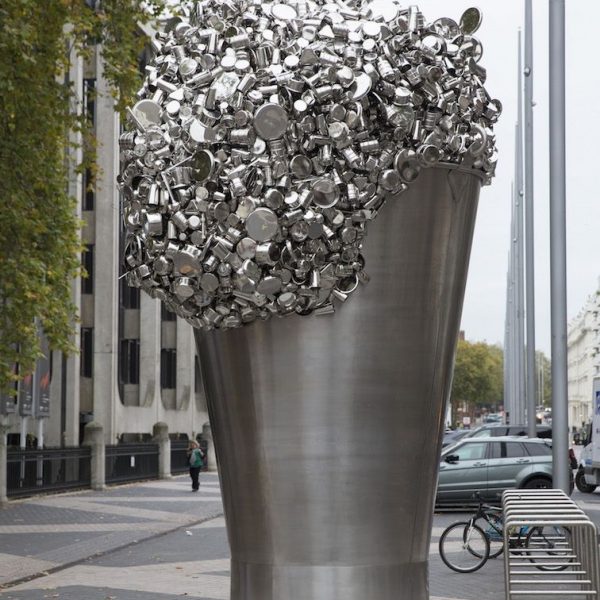 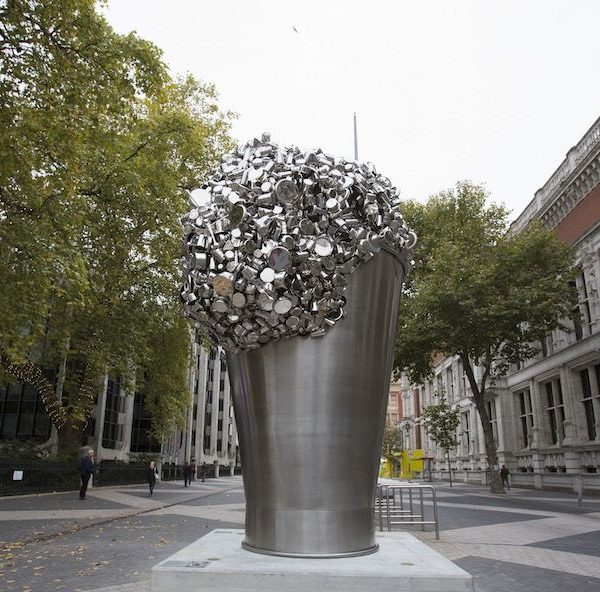