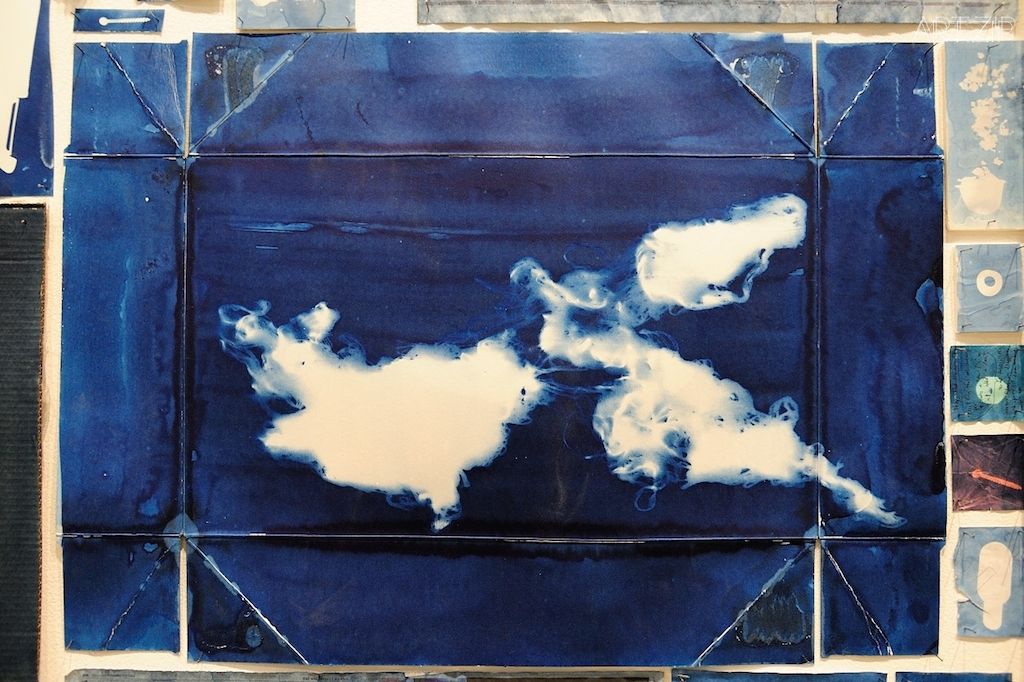 A Partial Disassembling of an Invention Without a Future: Helter-Skelter and Random Notes in Which the Pulleys and Cogwheels Are Lying Around at Random All Over the Workbench sees the London-born, Los Angeles-based artist Walead Beshty transform the Curve by covering the wall of the gallery from floor to ceiling with more than 12,000 cyanotype prints.

Each cyanotype (a photographic print with a cyan-blue tint) is produced using an object from the artist’s studio, which is placed on a porous surface (such as discarded paper or cardboard) that has been coated with UV-sensitive material. After being exposed to sunlight, the object’s silhouette appears against a cyan-blue background.

The installation presents the cyanotypes in order, to form a visual timeline, beginning with those created in October 2013 in Los Angeles, and ending with work created in London by Beshty over this summer, using materials from the Barbican during his month-long residency in September 2014. 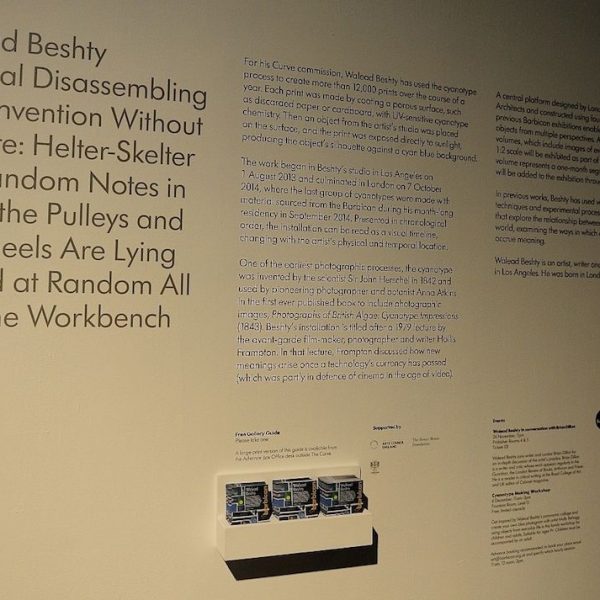 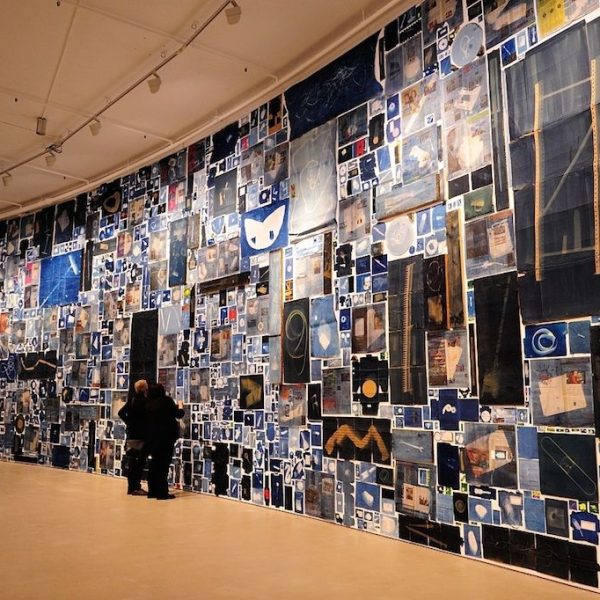 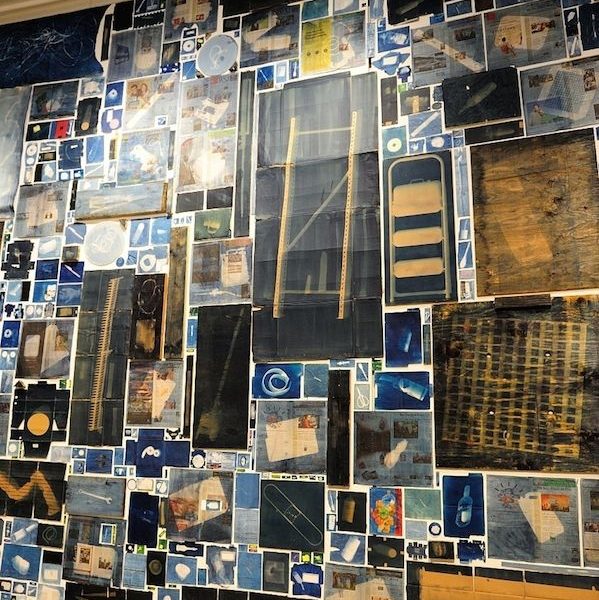 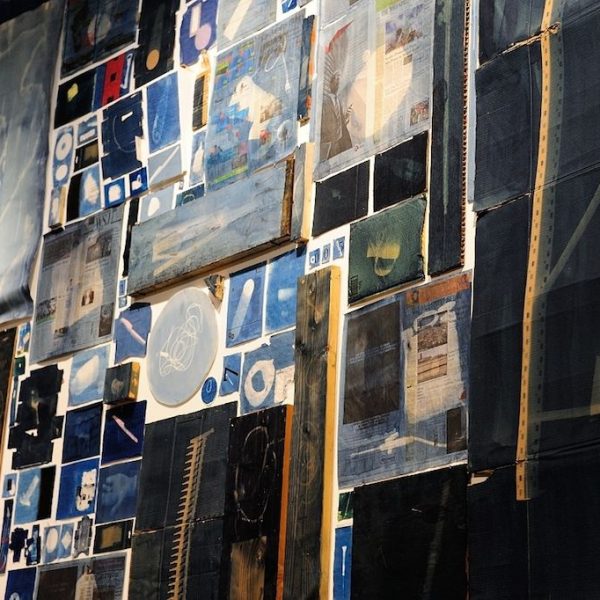 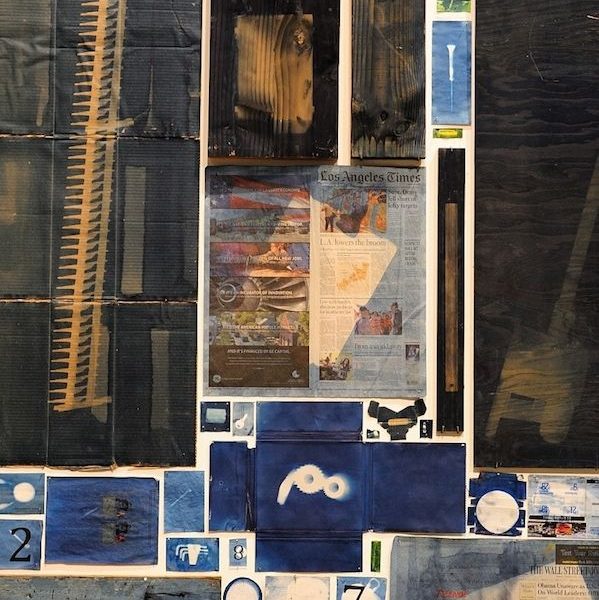 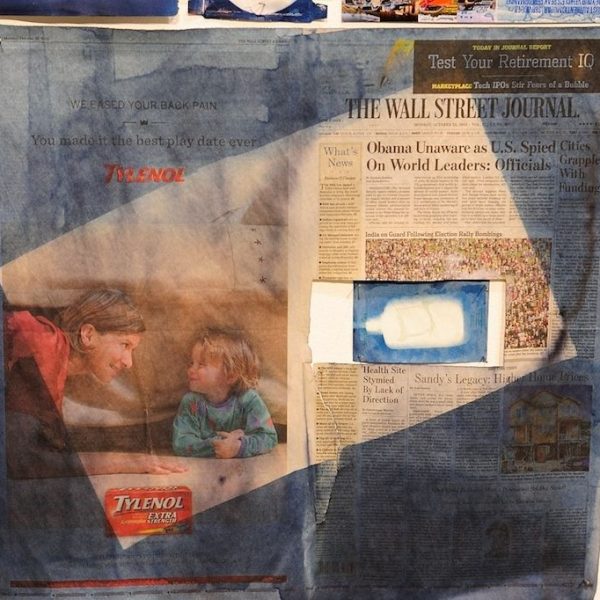 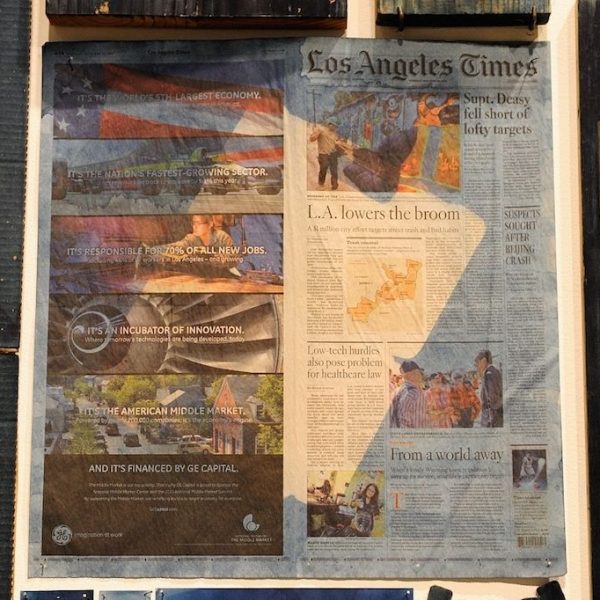 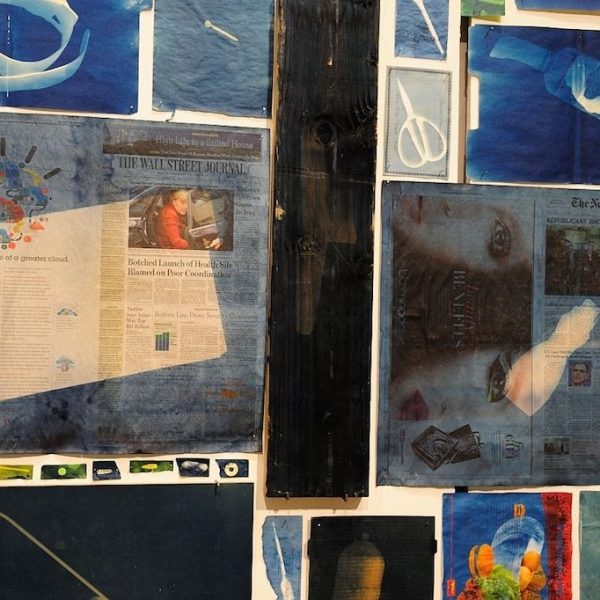 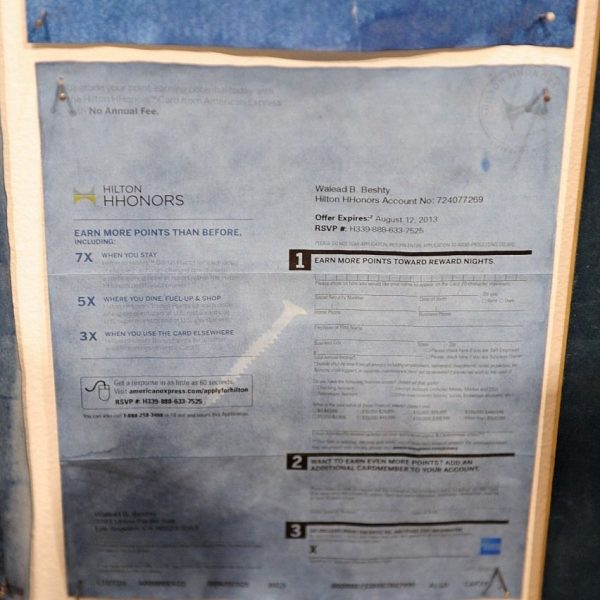 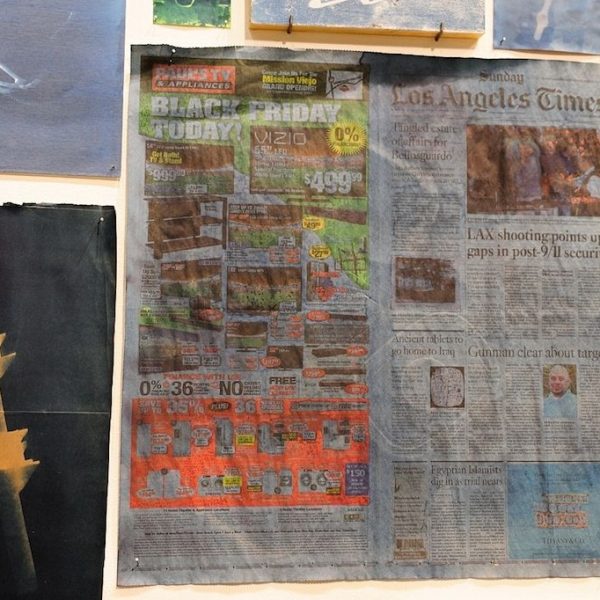 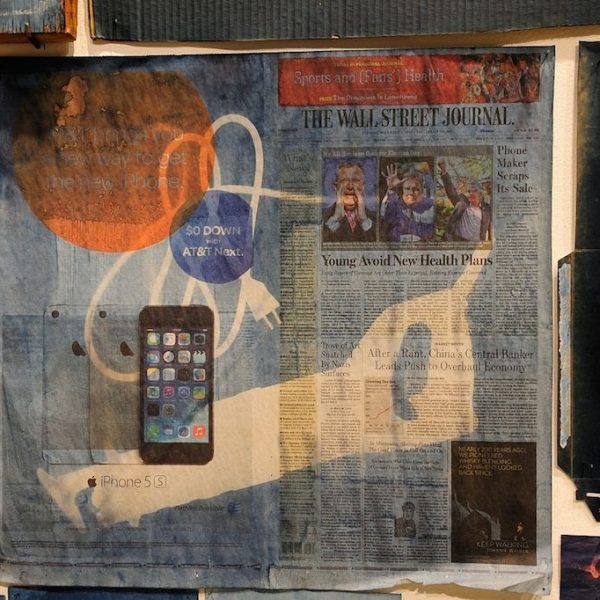 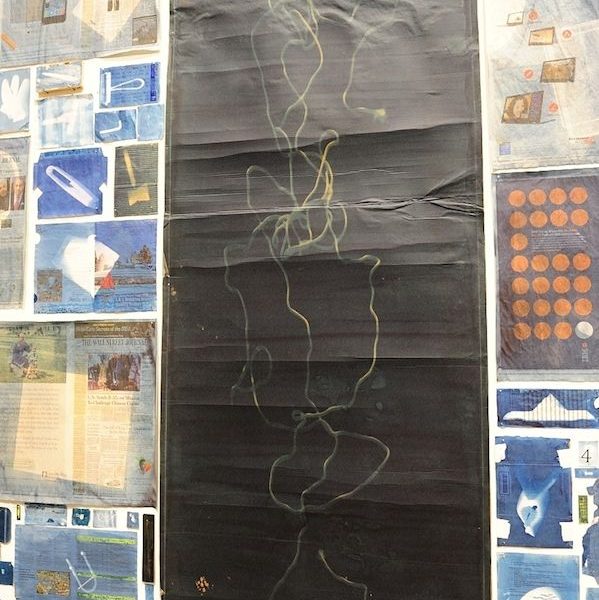 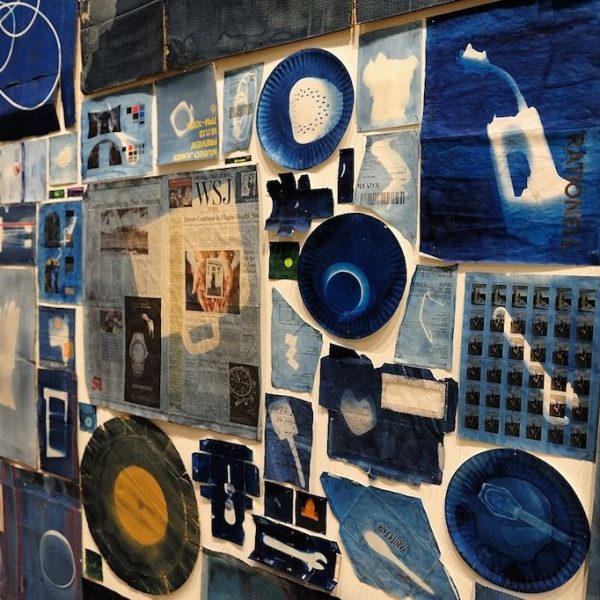 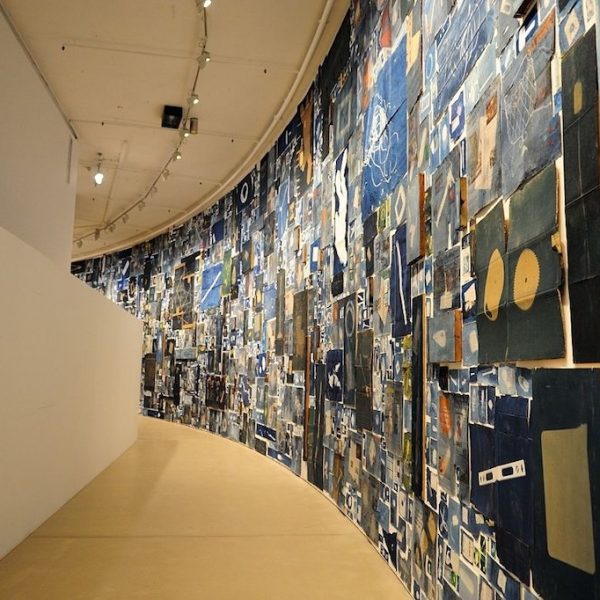 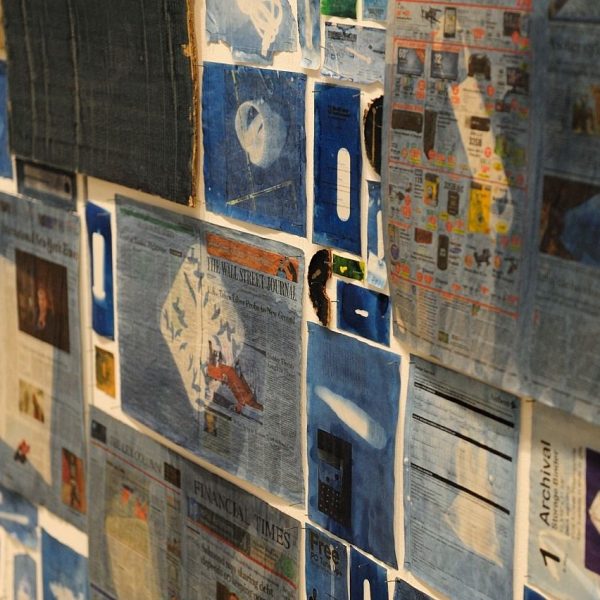 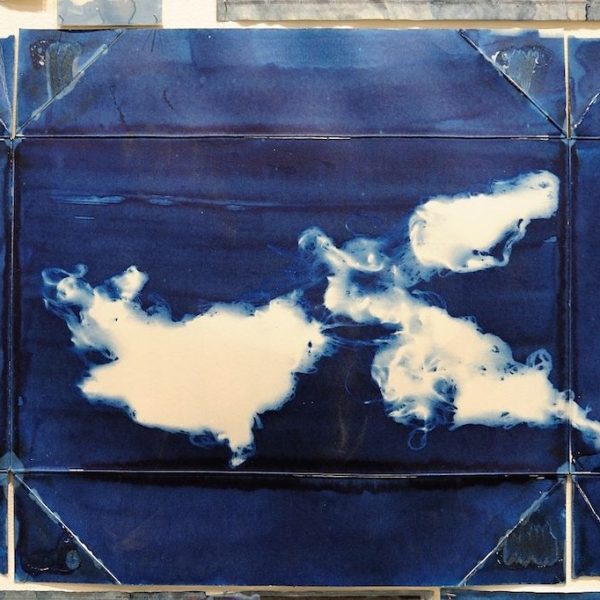 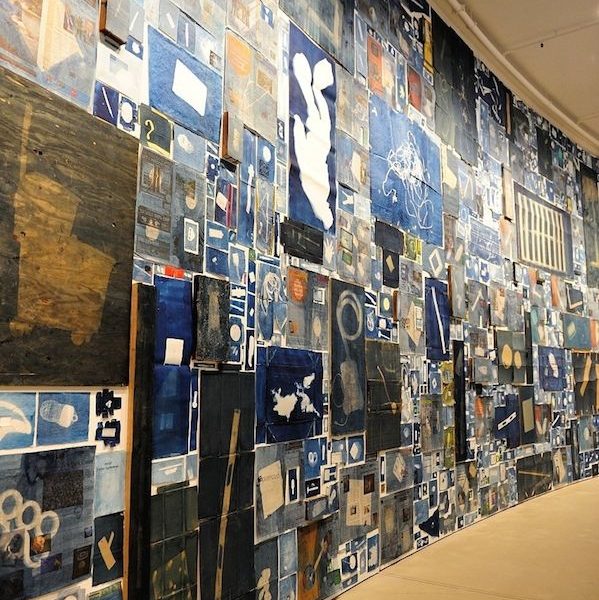 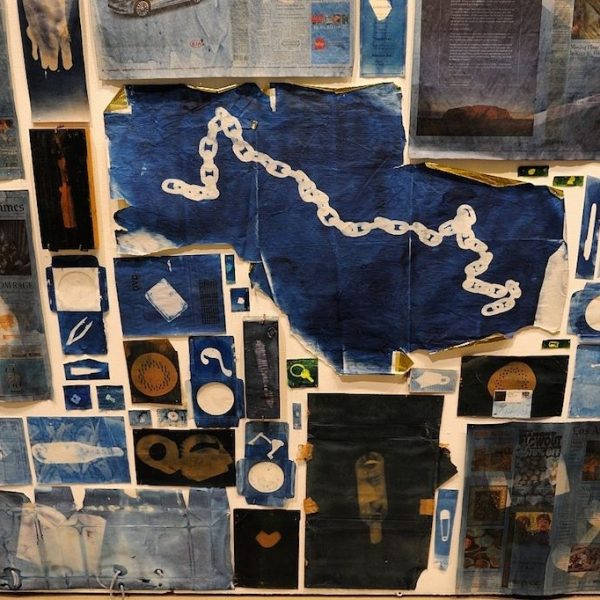 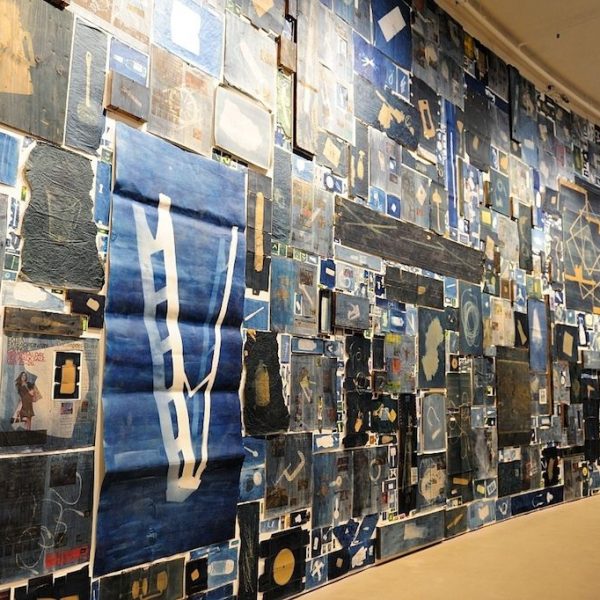 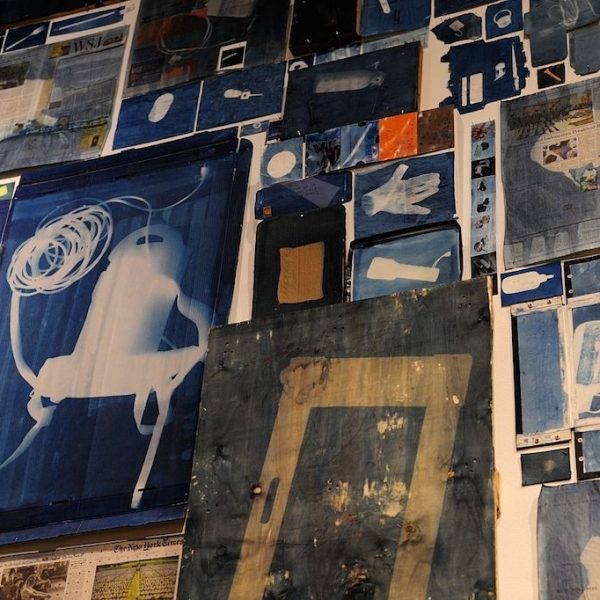 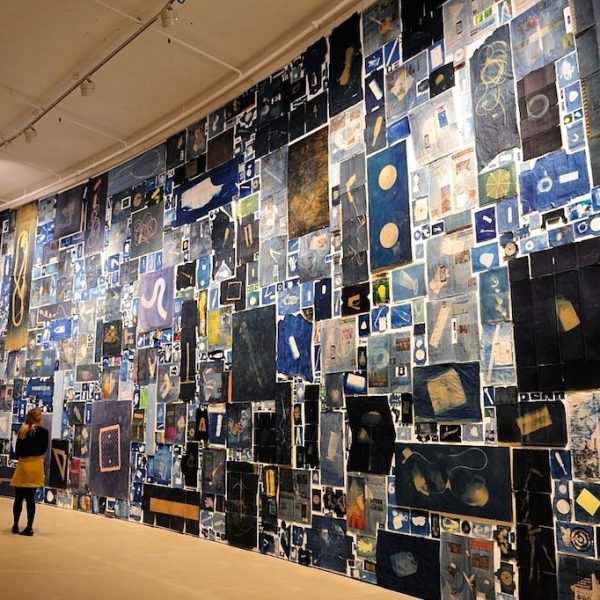 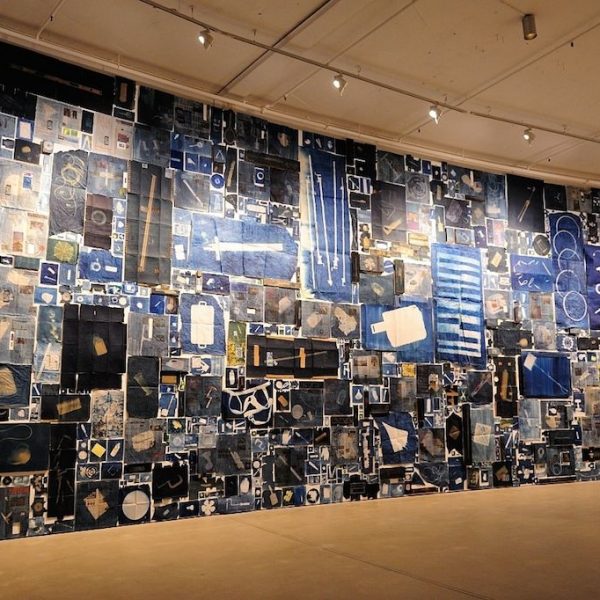 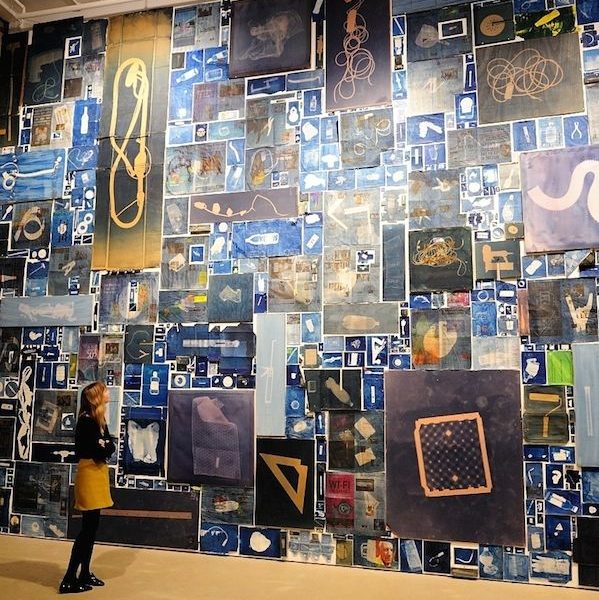