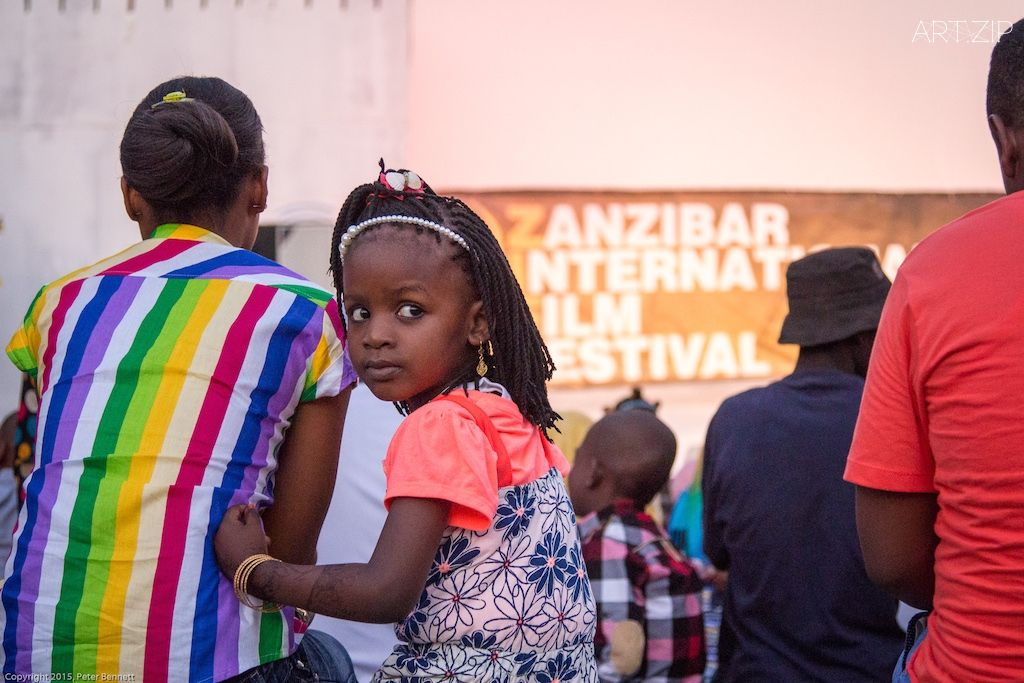 A shared journey, a shared dream
by Julie O’yang

Film is a language, says Martin Mhando, the current curator and CEO of Zanzibar International Film Festival (ZIFF). Because film is about breaking narrative conventions and about diversity.

The Zanzibar International Film Festival (ZIFF) is an annual film festival held in Zanzibar, Tanzania. Being the largest cultural event in East Africa, ZIFF is a non-governmental organization established in 1997 in order to develop and promote film industry as catalyst for the regional social and economic growth. The annual multi-disciplinary cultural event is an all-arts affair, with 8 days of local and international discussion panels, workshops, 10 days of screenings of the best local and international cinema and evenings of musical concerts, including a Gala opening and wrapping-up finale. All festival programmes are to fuse together diverse artistic expressions and forms, offering a wide range of entertainment, educational platforms and networking opportunities for professionals as well as audiences from all over the world. The ZIFF’s unquestionable position as a large multi-disciplinary festival in Africa continues to lead as a tourist attraction event in the region. It is estimated that 7000 tourists from the West came to Zanzibar to attend the festival and the total festival audience in the past years was in excess of 100,000 with wide appeal across race, class and religions. Its impact on the economy of Zanzibar is indisputable.
ZIFF gives 12 International Awards presented by 5 International Juries. 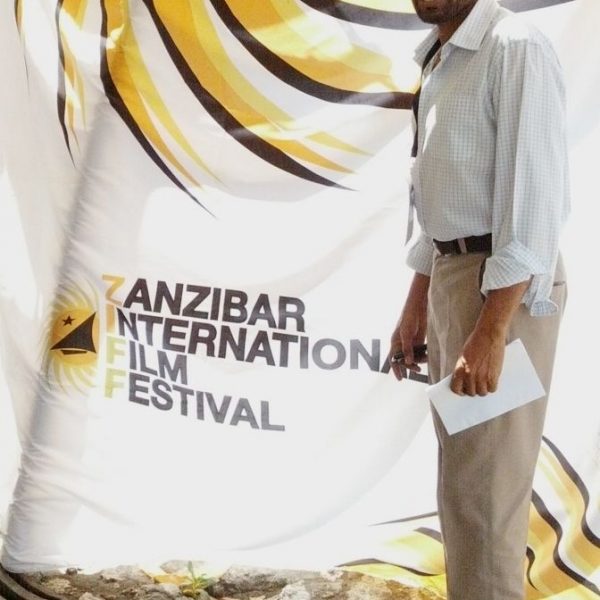 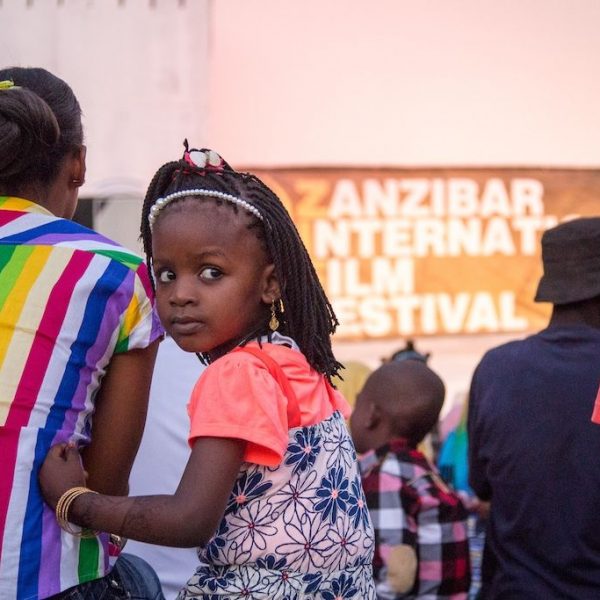 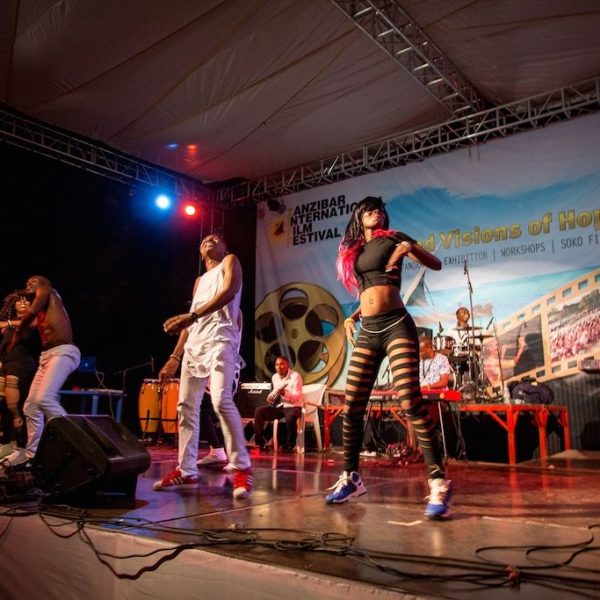 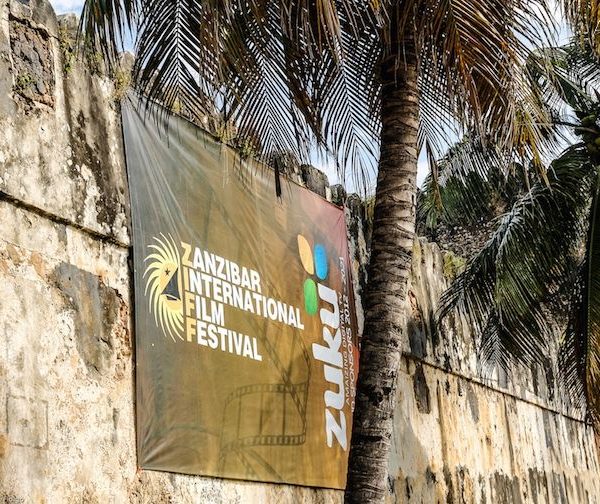 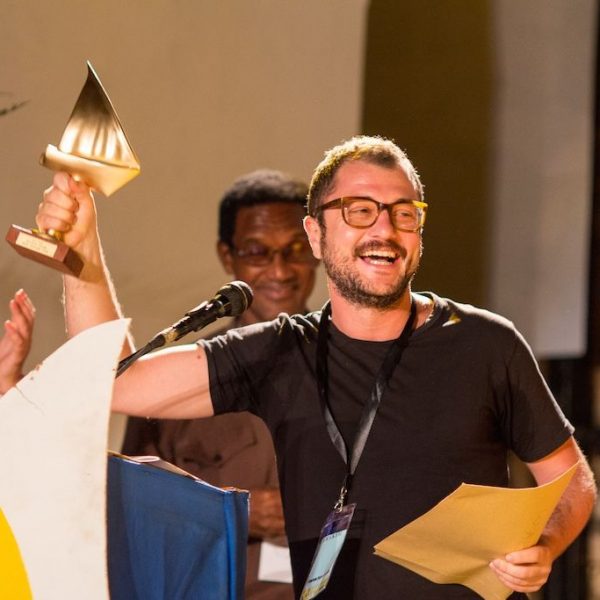 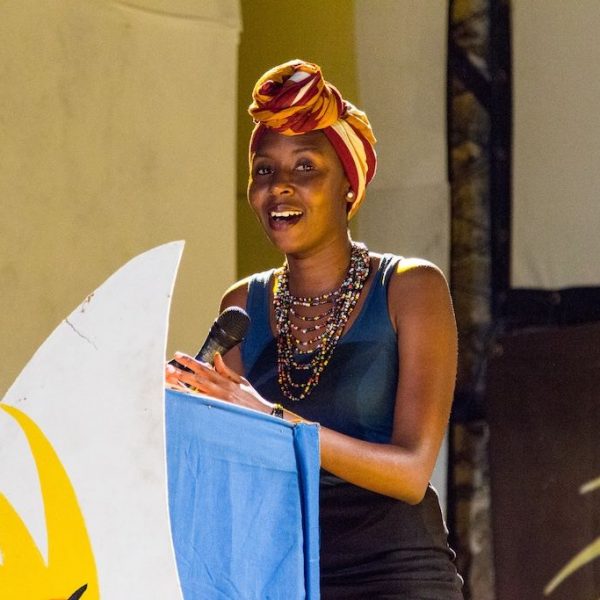 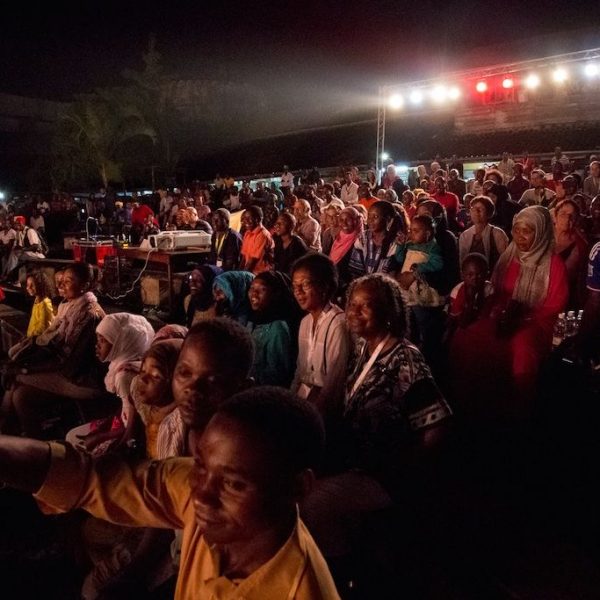 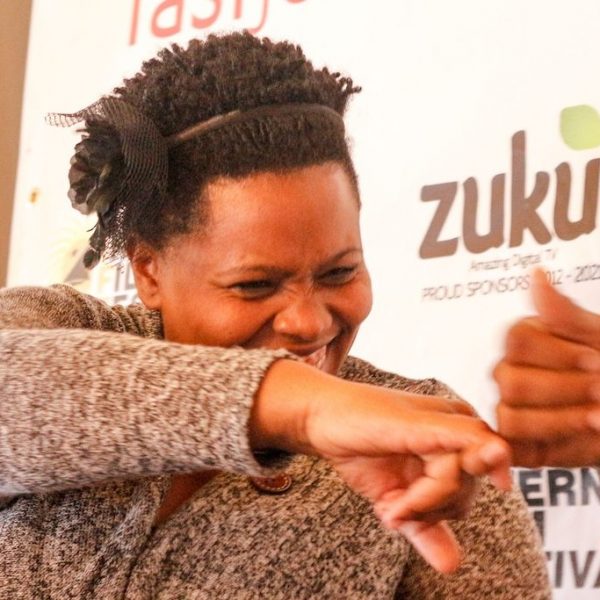 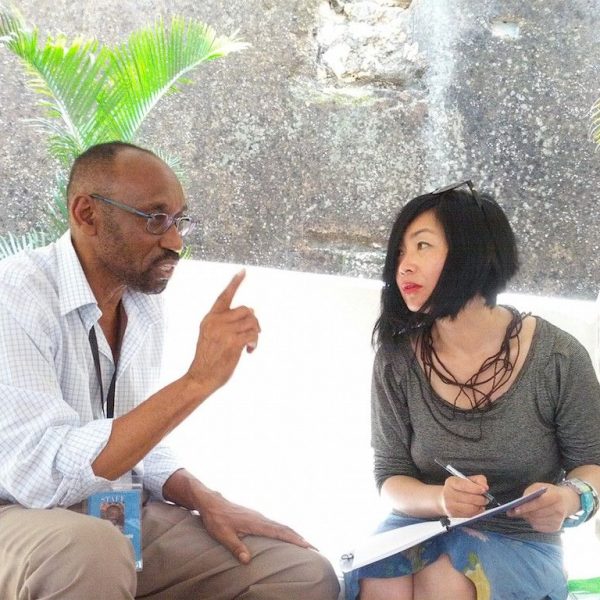 So what kind of a place is Zanzibar?

Martin: “Since the early 20th century, Zanzibar has been an autonomous island loosely joined with mainland Tanzania. Due to its unique geography, Zanzibar has developed a matchless sense of tolerance for multicultural and multiracial civilizations throughout its history. Arabic rule and colonial past aside, the demographic realities of Zanzibar today reflect the cosmopolitan qualities different from, shall we say, the mainstream of African image, which forms an essential part of social life of the Swahili Coast. Like most complex and living things, in fact, Zanzibar refuses to be thrust into neat bags. My home is an extremely lively island immersed in the spirit of Dhow Countries. Like the ancient Silk Road, Dhow is about connecting different peoples and cultures.”

Martin: “A film festival always creates a community around it. If not, it’s the first sign of its failure. What does ZIFF stands for? ZIFF is for people who feel about Zanzibar and its larger context and environment, about African people, especially our women and children. I want ZIFF to be a home for African voices.”

Then what? It would be vain for us to believe film can change the world…

Martin: “The world is not flat and films may not be, in the hierarchy of human needs, in the first five categories…Let us give art the place to improve the lives of the world’s poorest…”
Which is why ZIFF films are shown in Stone Town in Zanzibar City as well as rural Zanzibari villages. Martin Mhando loves films! He loves making them and curating them. Associate Professor Martin Mhando is a Research Fellow in the School of Media, Communication and Culture at Murdoch University in Western Australia, as well as being Co-editor of the Journal of African Cinemas, published by Intellect, UK. His first full feature Maangamizi (The Ancient One) is a 2001 American/Tanzanian drama film. Co-directed by Martin Mhando and Ron Mulvihill, the film premiered at the Pan African Film Festival and has played in over 55 Film Festivals worldwide ever since and won various prestigious prizes. The intriguing story tells about Dr. Asira who is faced with the contrast between Western medicine and traditional East African spirituality when a woman, Samehe, who is admitted to a psychiatric hospital, claims to be under the power of Maangamizi, a mysterious ancestor…
I guess it’s safe to say Martin Mhando is a natural optimist. He uses his popularity to connect local people to the silver screen by not being a glamorous star. Sure, he wears a traditional white kanzu under a stylishly cut western jacket plus Italian leather shoes on the opening gala evening – and delivers vivid, firm hand gestures while he talks to me – what makes him and ZIFF a distinguished assembly, though, I believe, is the dynamic strength like a quietly soaring tower that breathes the past, the present and the future.

Martin: “China and Tanzania have enjoyed a long and friendly relationship during the past decades. One notable highpoint is the 1800-kilometer-long Tanzania-to-Zambia Railway, which was built with the help of China. Africa needs and has always needed technology for its development. I think nothing is wrong with that. In many ways, my personal career path has echoed African call for openness for opportunities in both cultural and business aspects. China is ready to provide all that. The close ties between the two countries are rooted in history. My very first visit to your homeland was in the year when Chairman Mao died. In 1986 I went to Beijing and visited China’s capital and paid homage to that giant of ideas. I felt I had a real connection to this place; I even wrote a poem about my first China adventure (laughs). I wrote something like:
Today the sky fell and I along with it
When a large tree falls, its branches reach afar
And I cried along on the death of a fallen giant!
Back then, socialist China was trying hard to re-enter the UN. In 1971, China was finally re-admitted to the UN. Among the African countries that supported this motion, Tanzania played an active role.” Today, the two countries’ still maintain close ties. Of the five East African Community member states, Tanzania continues to attract the most Chinese investment, with 3 billion US dollars flowing into its mining sector in 2011.

And you returned to China many times in the years to follow. What brought you back again?

Martin: “It was…soap opera. During the past decades I have visited various Chinese metropolises, such as Beijing, Shanghai, and Guangzhou. More recently, I have been invited by Yunnan Nationalities University to make documentaries of the local subjects and mainly to present the African point of view on China’s multicultural life. In this context, I have worked in the city of Yuxi in China’s southwest province of Yunnan as a filmmaker and guest lecturer at the Yuxi Normal University. I used well-known soap operas to teach my Chinese class of filmmakers about narrative structure and conventions. I must say it was an effective way of communication between me and my Chinese colleagues and students, who didn’t speak English well. In the end, they were keen to participate and were less shy and reserved. So that was my bit in ‘living your life as a soap opera’!”

You brought Africa to China. Did you bring China to Africa?

Martin: “It has always been my motivation to work more and more with China and the Chinese subjects. Back in 2008, a Qingdao dance group attended ZIFF and brought Zanzibar an unforgettably spectacular show including acrobatic acts. Introduced for the first time in 1960’s, Chinese acrobatic tradition has taken roots in Tanzania in a very special way. We can easily say that every Tanzanian theatre group today has its past in cultural exchange with China and Chinese acrobatic companies sent to Africa. Chinese acrobats and Kung Fu stars are time-honoured areas of interest, even iconic for China. And noodle making and drying is a familiar scene under the Zanzibari sun! We welcome continued co-operation in these fields, in the meanwhile, we are looking for new challenges. For example, this year we have signed an agreement with Beijing Film Academy to exchange a selection of our ZIFF films to be screened in China. In return, we expect Chinese filmmakers to submit their works either independently or through official channels to enter Africa and reach out to the audience over here! In 2009, ZIFF poster was designed by a a student of the Yuxi Normal University. I just want to emphasize that ZIFF is all about our tradition and past, but ZIFF stands equally for future and for novelty and freshness of new film voices!”

When film is a metaphor

For me, art, film is a legitimate tactic to shake up and challenge the intellectually lazy minds. It takes more than money to make a good film. What is Professor Martin Mhando’s next good, important film, if I may?

Martin: “It is secret.” He laughs cunningly, eyeing me as if I had flouted some unwritten rule of professional discretion, adding, “But that’s the title of my next full feature, Ni Kunga, meaning it is secret. It’s a love story. A love triangle, to be precise.”
He pauses; I’m all ears.
“Tanzania, like some other African countries, took the socialist path shortly after obtaining independence in the 1960s. Meanwhile, newly-independent Zambia had a hard time exporting bronze from its mines. China decided to help build the 1800 kilometre-long Tanzania-Zambia Railway in the 1970s so that Zambia could export bronze through Tanzania. This forms the background. Yes, China plays a central role in Ni Kunga. However, few people today know that it was the Americans who wanted to build the railway. So originally, the idea did not come from China at all. After the Nyerere government took a turn to the left, the Americans decided to walk out on the railway project as a warning lecture, before the Chinese stepped in. But it came all at a hefty price. At the time, China was suffering economic difficulties. And during the arduous task of railway building, over 64 Chinese workers paid with their lives. That’s not the focus of my film, though. While China engaged itself in railway building, the US took upon a new project: to build a road parallel to the Chinese railway. And these two long paths only cross each other once at one single point!”

This IS a love story laden with metaphors?

“So, in my story, there is this American guy working in the American project and this Chinese guy working in the Chinese project. They both fall in love with a Tanzanian girl. The planned deadline is 2017. I would like very much to co-direct Ni Kunga with a Chinese director. I think bringing two different cultural views in a story is of invaluable importance. It gives extra layers and creates unexpected narrative tension, which I appreciate as a filmmaker. Right now, I’m looking for the perfect match for my project. Making a feature film one has to deal with very mundane, practical things. It’s not sexy from the red-carpet point of view. Film making is about making genuine human connections.”

Can I say that ZIFF’s mission is to continue to strengthen already robust relations between China and Tanzania? Who wins in the end in Ni Kunga?