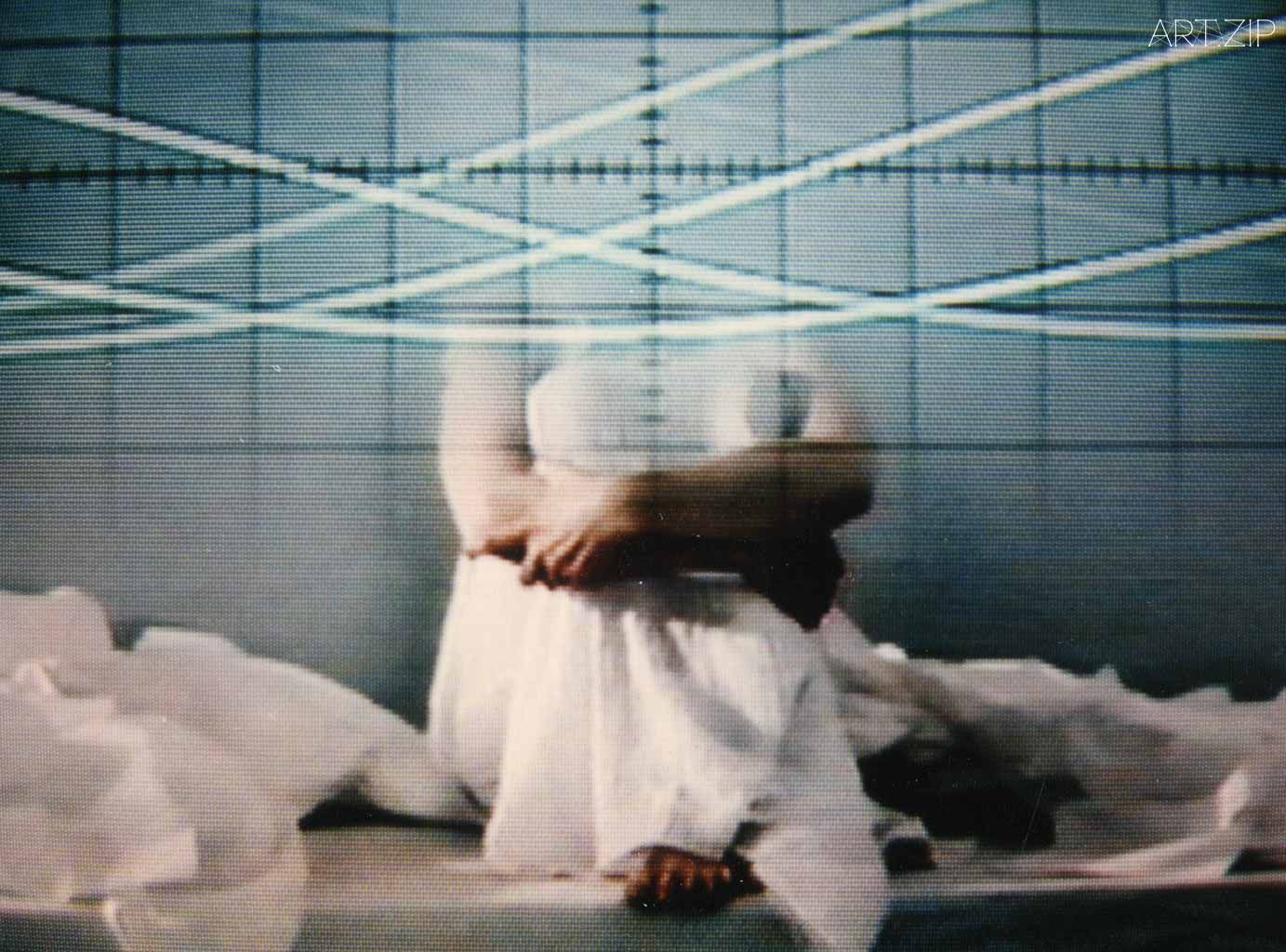 In June 2015, renowned new media art curator, Christiane Paul re-edited her book Digital Art for the third time. The new edition of this fundamental book, not only gives evidence of how rich the practices potentially labelled as digital art are, but it also indicates the constant need for new theoretical tools. In the introduction, Paul explains that the term digital art has become an umbrella for such a broad range of artistic works and practices that it simply cannot encompass a uniformed set of aesthetics. If the term digital art seems so elusive in describing a specific set of practices, one might wonder why we would choose it as the editorial line of this issue?

The idea of selecting digital art as a special feature is twofold. First, it is precisely the nature and capacity of the term to be able to include such a broad variety of practices, which ubiquitously blur the boundaries between the gallery space and the computer. The idea is also to acknowledge and embrace the paradoxes within all the works that can be classified as digital art. Our ambition for this issue is to generate a fruitful, playful, and dynamic set of conversations between curators, artists and collectives. Therefore practices embracing the term digital art will coexist alongside critical views of the term. Curator Hannah Redler, for example, who has been interviewed for this issue, will explain why the term digital art might be too deterministic. By referring to the technology that supports it, digital art takes on a new meaning and appears almost as a statement. The term deliberately crystallises a will to pay new attention to the specificities of the technology but also, with its historical undertone, a will to understand contemporary practices by looking at the subterranean relations that connects them to previous incarnations of art and technology.

This is why it has been decided to, under the umbrella of digital art, map out the practices which are engaging with digital technology, and to reflect on the historical precedents of digital art. If new media, in its denomination, shifts the emphasis off the specificities of the technology to a more temporal definition, the term does not clarify what constitutes the newness of the technology. One can see digital art as a framework, which acknowledges and absorbs previous embodiments of art and technology, but which nonetheless inscribes it in a contemporary context.

To explore this question further, one of the features of the issue is the interview of Omar Kholeif, curator in chief of the Electronic Superhighway (2016-1966) exhibition held at the Whitechapel Gallery. This ambitious show sets a historical survey of proto and post-internet art, in a process of curatorial analepsis. This issue and the exhibition itself looks at digital art, as it is re-defined by both today’s economical context and yesterday’s experiments with computers. The non-didactic yet critical space that the curators of the exhibition have managed to create is worth examining. Yet, their exhibition seems to have received polarised reviews from experts in the field; as is evidenced by digital media theorist Mathew Fuller and his critique for Mute. The author wrote his review as an ironic guide in which he spells out 11 tips for curators. If the author criticises the exhibition Electronic Superhighway for its lack of scholarly accuracy and omitting certain artists, such as Alexei Shulgin, one response could be that the show takes a screen capture of past and present practices alike, as found in today’s irregular online environment.

The show could be read as an example of the epistemological limitations of the internet, both as a curating platform and as a research tool. After the interview with Omar Kholeif, it becomes clear that one of the intentions for the show was to include those entangled and at times contradictory online concerns as a way of reflecting the relationship between art and network technologies. Fuller also starts his critique by pointing at how, as the exhibition unfolds, ‘the inverse pyramid of art shown becomes smaller and the rooms get emptier as less work stands in for more art ’. Perhaps, as the works shown towards the end of the exhibition (covering the 60s 70s and 80s) have already been established as museum pieces, as identifiable moments in the common history of art and technology. If the ratio of space/artwork in the upper galleries of the Whitechapel Gallery might allow the pieces to conceptually breathe for the viewer, their technological obsolescence might tint them with a nostalgic hue that contributes to the digital divide in contemporary art that Claire Bishop has coined.

In 2012, Art Historian Claire Bishop wrote for Artforum with a famous essay on why contemporary art despite being digital in structure is analogue in nature, and overlooks the digital revolution and its impact on everyday life. In her article she describes how once a medium has become obsolete, it gains an aesthetic of its own and becomes available for a nostalgic re-use in contemporary art practices. In her well observed review of the exhibition for MutualArt.com, writer Natalie Hegert provides a complementary perspective by underlining that, despite the fact that digital has become more central to contemporary fine art practices, we are still struggling to articulate what it means to think and see digitally. This is a struggle that is rendered more difficult by the ever-changing nature of the digital landscape. The contemporary pieces from 2000 to 2016 displayed at Electronic Superhighway reflect this struggle, for they are all contained within the first room of the gallery, giving the viewer a sense of the difficulty in curating contemporary fine art, where by definition the filter of time hasn’t played its role in curation, and where the overflow of information has yet to be processed. This randomness at play in some parts of the exhibition and pinned down by Mathew Fuller, can be seen as a characteristic of the post-internet approach. Indeed, as both Bishop and David Joselit remarked in 2012, originality and authorship are bygone ideas in a context where practices revolve around the re-contextualisation and re-appropriation of artefacts.

The re-appropriation of the term digital art is also a way of taking some distance away from the term post-internet art and to conceptually see a set of continuations and influences where post-internet art advocates ruptures. More specifically, this special issue aims at challenging the relativism embodied in the notion of post-internet art. The notion of medium specificity was rejected by the first generation of net-artists and has been substituted by various forms of discursiveness in art practices, as explained by art historian Davis Joselit in After Art. However, the decision to adopt the term digital art, here, is an attempt to set a few pointers within the realm of contemporary practices, and to propose a hybrid platform where the use of language as a medium is anchored into a deep understanding of what constitutes a digital image. Thinking back to an understanding of what a digital image can signify today is a wish to gain a deeper comprehension of both the processes of materialisation and dematerialisation at play in digital art. Dematerialisation is a process of shifting from analogue systems to coding. There is, however, still some materialisation, as even the most sophisticated java script structures are locked in a physical box and their existence is thanks to a variation of electrical switches symbolised in zeros and ones. In the end, the position adopted here is an attempt to re-establish a dialogue between the object and the subject in art and technology practices.

Digital art then is proposed as a new lens. The optical metaphor is intended here as a way of re-envisioning what formalism can be in 2016. At a conference held earlier this year at UCL, titled Playing Games, Power and Pleasure in Art After the Internet, a panel with professor of art theory Kerstin Stakemeier, pointed out that the notion of formalism, which has been dismissed for a while, was perhaps worth examining again, and citing Kandinsky’s work, formalism had the capacity to embed poignant social and political ideas. Accordingly, this issue will observe the ways in which ideas and processes are visually conveyed. We examine the visual irony at play in the work of British artists Thomson & Craighead for one example. It is worth noticing that, in the book accompanying Electronic Superhighway’s exhibition, two essays are concerned with visual phenomena. One of them, by lecturer in moving image Erika Balsom, reminds the reader that ‘every digital image is a pixel’ (44:2016). According to British artist and writer Graham Harwood, ‘clusters of pixels enable us to dive through our screens and stand in the position occupied by the lens’ (Harwood, 2008: 215) and as such allows a multiplicity of viewpoints. Thus, the pixel becomes language, allowing the viewer to enter a multi-layered reality, hence the choice here to pay attention to the pixel as a way of letting the reader explore multiple points of views and different approaches.

The current context of media theory and art criticism revolves around concepts of the post-digital or the post-human, and consequently the departure from the visuals they imply. If this is true, then this issue sets up a dialogue between the ubiquity of digital technology in the everyday and a new form of medium specificity or, as Rosalind Krauss called it, technical support (2010: 37). The commodification of online information, that one witnesses in today’s cognitive capitalism and the experience economy, invites a displacement of her concept of technical support into another field.

One of the reasons that accounts for the digital divide, described by Claire Bishop, also lies in the traditional resistance of digital art to be commercialised and to fall under conditions of spectatorship set up by art institutions. As Bishop remarks, the potential endless multiplication of the digital images goes against the notion of rarity crucial to the commercialisation of an artwork. The architecture of the web in net art challenges traditional ideas of what an artwork visually represents. Yet, it is striking to observe that within Electronic Superhighway, many of the recent examples of works selected are embodied in traditional medium, be it photograph, painting, or sculpture. What does it say about post-internet art? Is post-internet art a situation where the artist astutely borrows tactics from, for instance, computer art and applies them to a medium ready to be consumed by the art market? Is this a way of disrupting the commodification of digital art from within? Or is one witnessing the heirs of, for instance E.A.T., willingly complying with the demands of the art market? One of the interesting things about Electronic Superhighway is the way in which it seems to oscillate between these two positions. It represents a cornerstone in the representation of new media art, where a selection of what used to be a rather niche field of art practices has developed a broader reach and as such started a process of popularisation and commercialisation. This, is perhaps where meta-modernity can be found. 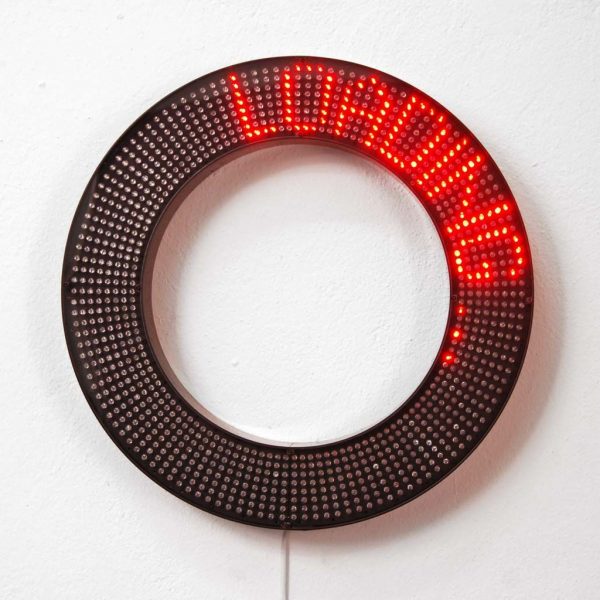 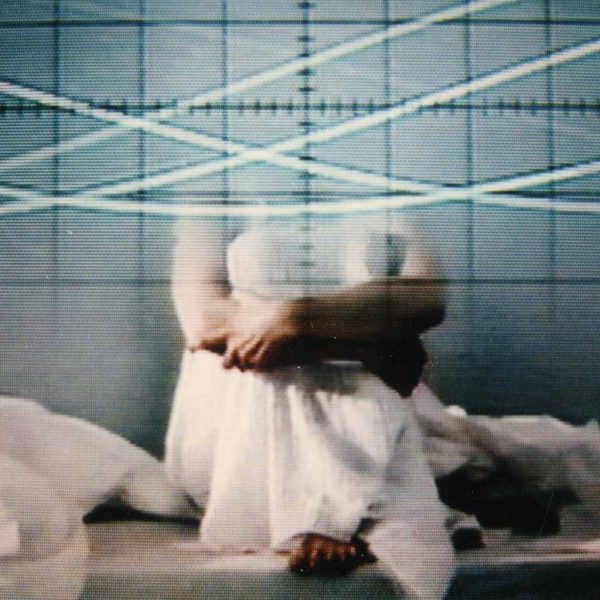 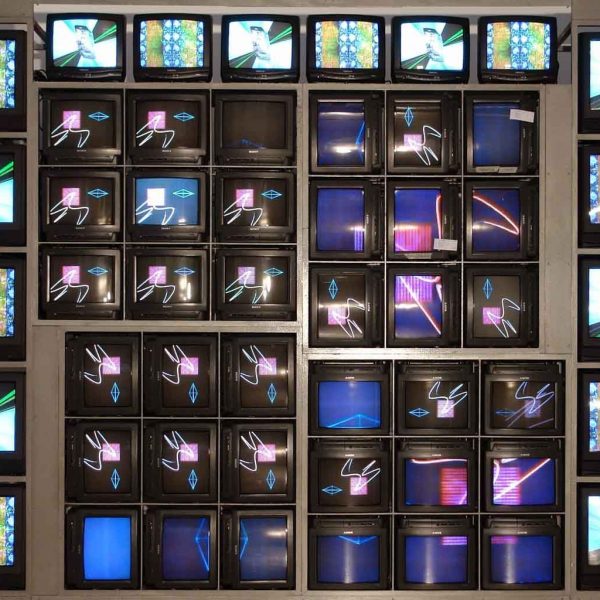 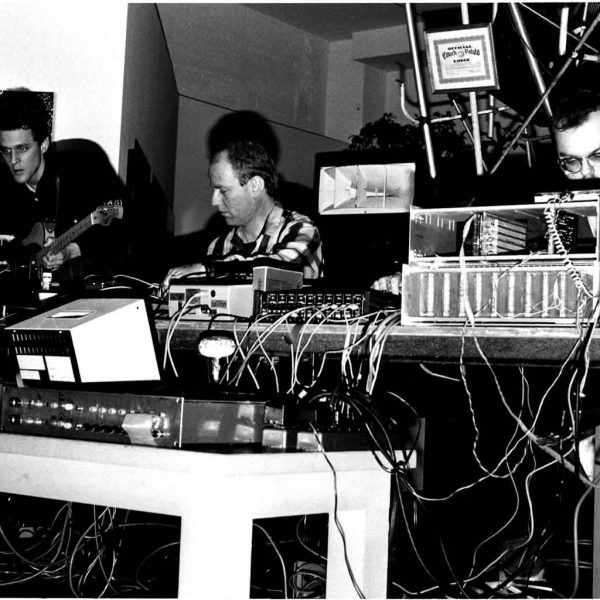