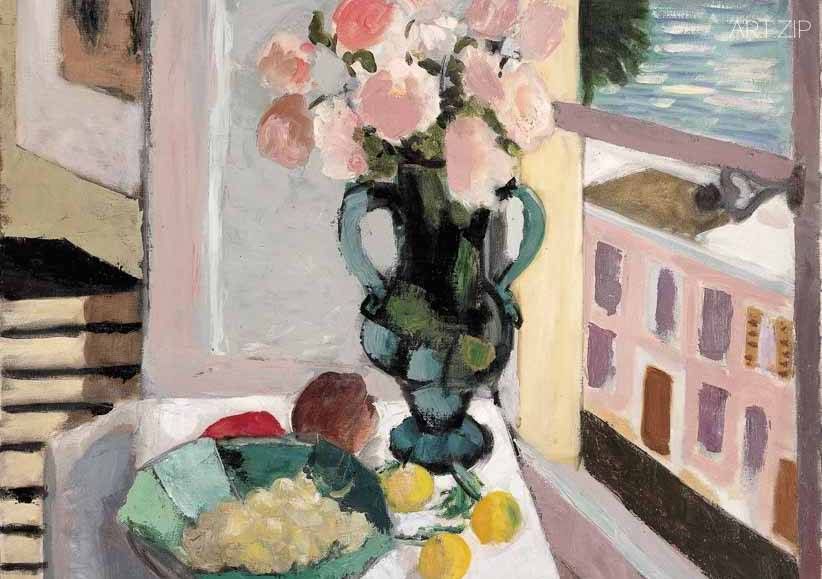 Royal Academy of Arts, The Sackler Wing of Galleries

This summer, the Royal Academy of Arts presents Matisse in the Studio, the first exhibition to consider how the personal collection of treasured objects of Henri Matisse (1869-1954) were both subject matter and inspiration for his work. To reveal the working processes by which these pieces were transformed in his oeuvre, around 35 objects are displayed alongside 65 of Matisse’s paintings, sculptures, drawings, prints and cut-outs.

Matisse’s eclectic collection ranged from a Roman torso, African masks and Chinese porcelain to intricate North African textiles from the nineteenth and twentieth centuries. He selected these objects primarily for their aesthetic appeal and although not generally rare or the finest examples of the traditions to which they belonged, they were of profound significance to Matisse’s creative process. Most of the objects are on loan from the Musée Matisse, Nice, and several others are from private collections, which will be publicly exhibited outside France for the first time. 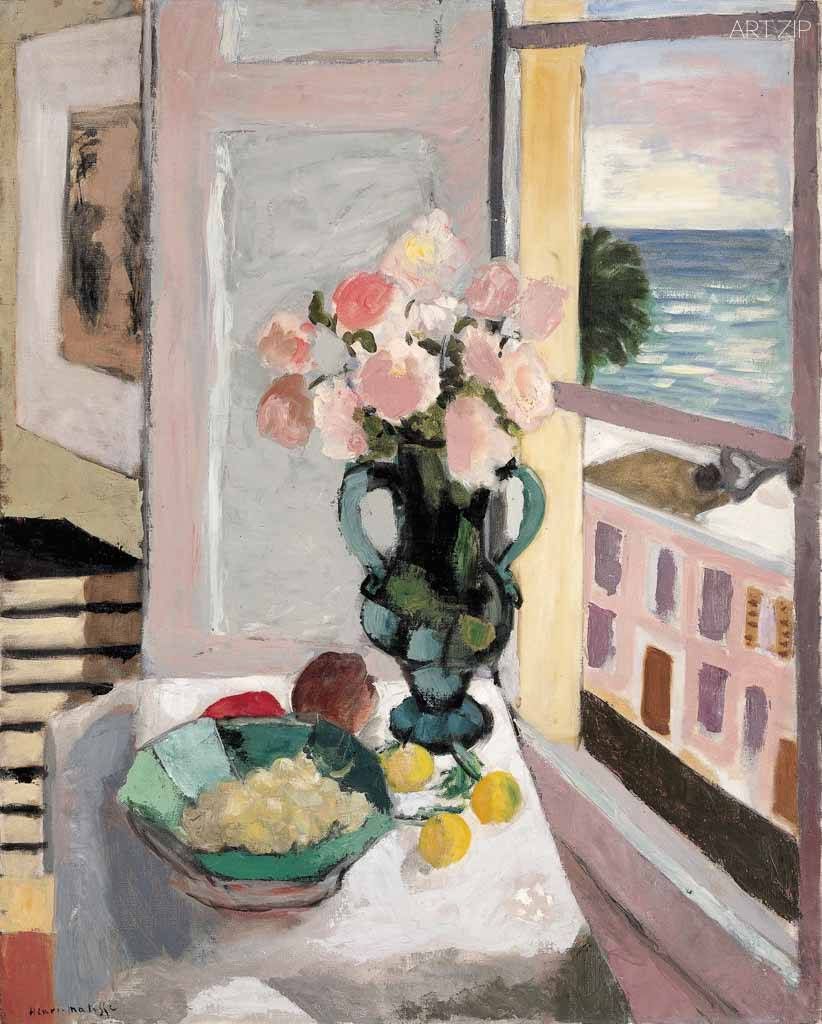 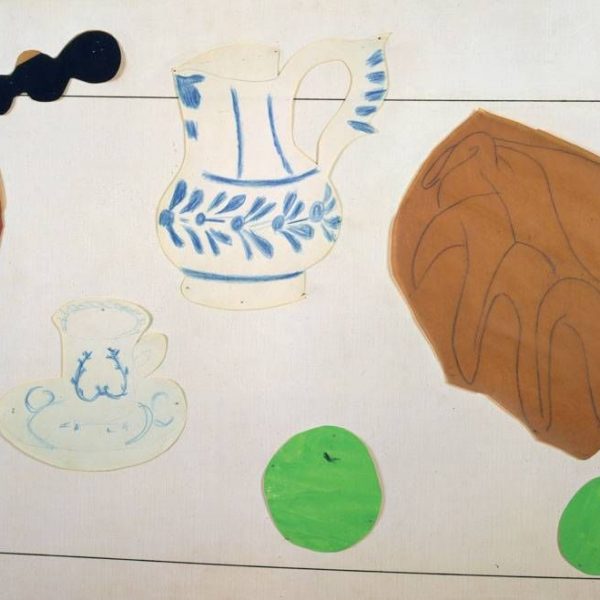 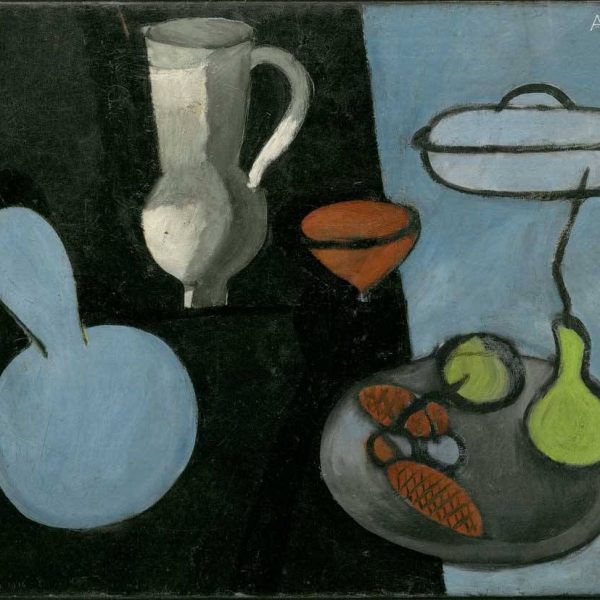 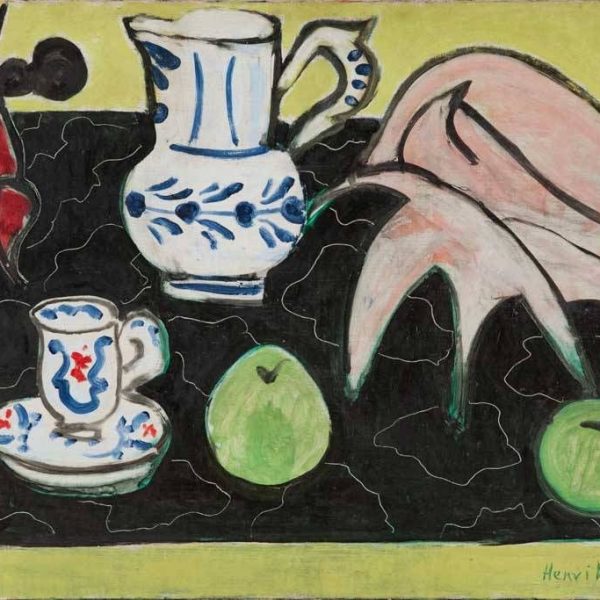 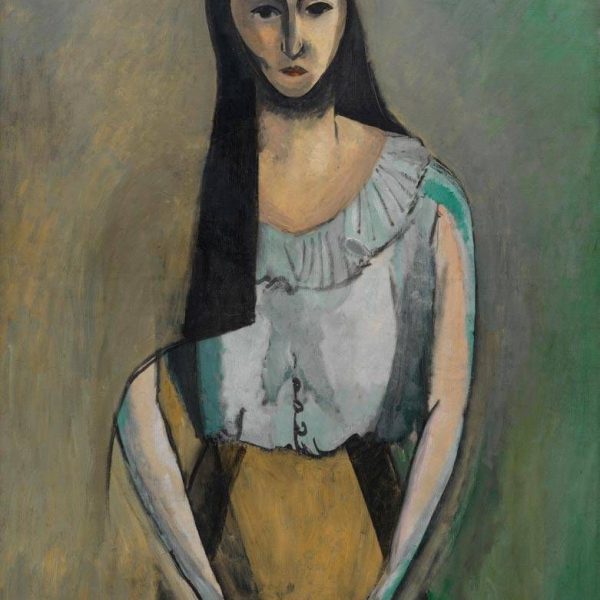 Matisse in the Studio is arranged around five thematic sections.

The Object as an Actor shows how Matisse reconceived elements of his collection in different works over various periods throughout his career. Matisse stated: “I have worked all my life before the same objects… The object is an actor. A good actor can have a part in ten different plays; an object can play a role in ten different pictures. The objects of his paintings and drawings were took on different ‘roles’, transforming as they interact with the space and objects around them. Matisse combined these objectors and represented them with a variety of media, colours, techniques and perspectives. A simple Pewter Jug, 1917 (Private collection), an Andalusian glass vase (Musée Matisse, Nice), and a chocolate pot given to Matisse as a wedding present (Private collection) reappear under varying guises in several works created over an extended period of time, including Safrano Roses at the Window, 1925 (Private collection) and Still Life with Shell, 1940 (Private collection).

The Nude primarily focuses on Matisse’s collection of African sculpture and the ways in which these works led him to radical innovations in portraying the human figure. Matisse challenged centuries of artistic tradition with his radical depictions of the female nude. Matisse drew on a plenty of sources: photographs from an erotic publication billed as an ethnographic journal, Classical sculpture and, above all, the Central and West African works that he collected. Particularly, Matisse’s engagemnt with African sculpture marks a turning point in modern art. A number of Matisse’s sculptures are included, such as Two Women, modelled 1907-8, cast 1908 (Hirshhorn Museum and Sculpture Garden, Washington D.C). Works representing the nude from other cultural traditions were also important to Matisse, including Bamana figural sculptures from Mali (Private collection) and a statue of the goddess Nang Thorani from Thailand (Musée Matisse, Nice), as well as contemporary photography.

The Face explores how he conveyed the character of his sitters without resorting to physical likeness. Many of Matisse’s portraits borrow motifs and ideas from traditions emphasising the simplification of human features, particularly from the African masks that he owned. African masks made a particularly strong impact on his portraiture, both stylistically and conceptually. As he strove to convey the personal impact of his subjects, the abstract simplification and forceful geometric designs of African art helped Matisse to go beyond straightforward resemblance towards portraits. Paintings by Matisse including The Italian Woman, 1916 (The Solomon R. Guggenheim Museum, New York) and Marguerite, 1906-7 (Musée Picasso, Paris) is hung alongside objects such as an African Pende mask (Private collection), a small bronze bust of the Buddha from Thailand, and a French medieval head of a saint (both from Musée Matisse, Nice).

The Studio as Theatre is centre around the Nice interiors from the 1920s, in which Matisse increasingly relied on studio props from the Islamic world, such as North African furniture, wall hangings and Middle Eastern metalwork, accentuating the importance of pattern and design in his continuing search for an alternative to the western tradition of imitation. Using furniture textiles and objects from North Africa and the Middle East, he theatrically ‘dressed’ his Nice studios, creating elaborate ‘sets’ of rich visual effects to portray in his works: vivid colour contrasts, layered patterns and the illusion of expanding space. Matisse borrowed different cultural design and objects in his paintings. They were far more than props: their materials and forms invigorated his search for a more expressive alternative to Western figuration. Highlights by Matisse within this gallery include The Moorish Screen, 1921 (Philadelphia Museum of Art, Philadelphia).

The final section, The Language of Signs features Matisse’s late works and the inventive language of simplified signs in his cut-outs. The free and innovative works dispalyed here were mostly completed in the fourteen-year period that he referred to as his ‘second life’. The late works synthesise many of the tendencies explored in this exbition, culminating in the cut=outs, the defining achievement of Matisses’s last years. Objects from his collection, including a Chinese calligraphy panel and African kuba textiles, are exhibited alongside the artist’s cut-outs exemplified by Panel with Mask, 1947 (Designmuseum Danmark, Copenhagen), illustrating how, in his own words, “The briefest possible indication of the character of a thing. A sign.”

Matisse in the Studio is offer an intimate insight into Matisse’s studio life and artistic practice, exploring how the collage of patterns and rhythms, which he found in the world of objects, played a pivotal role in the development of his masterful vision of colour and form. 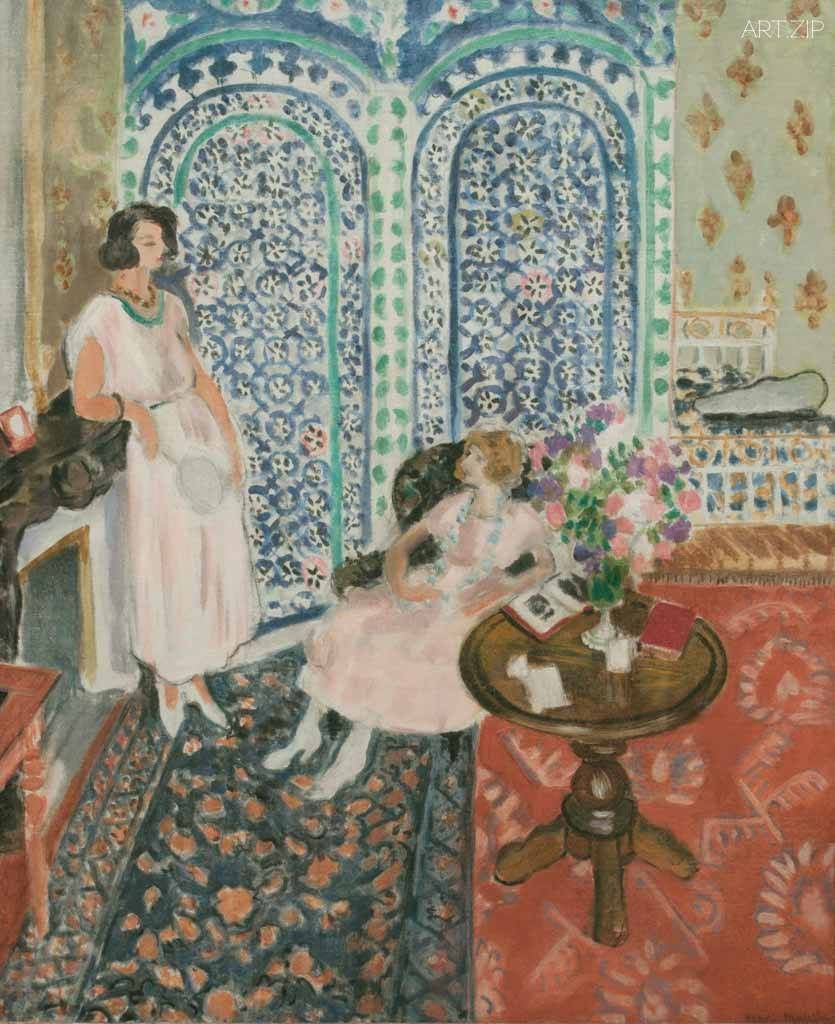 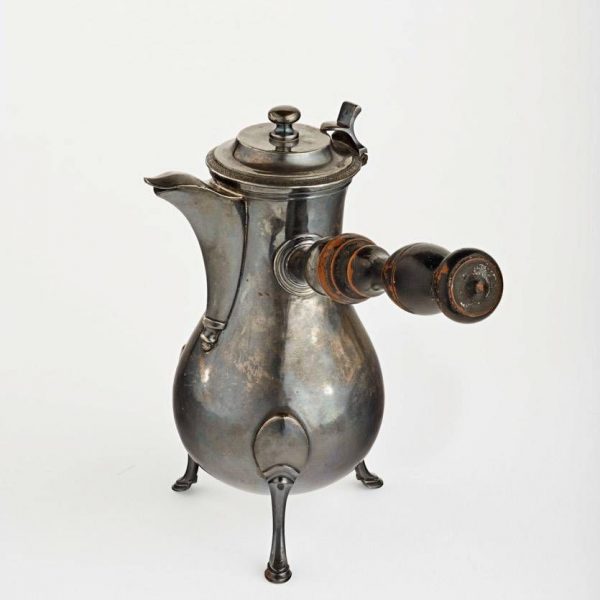 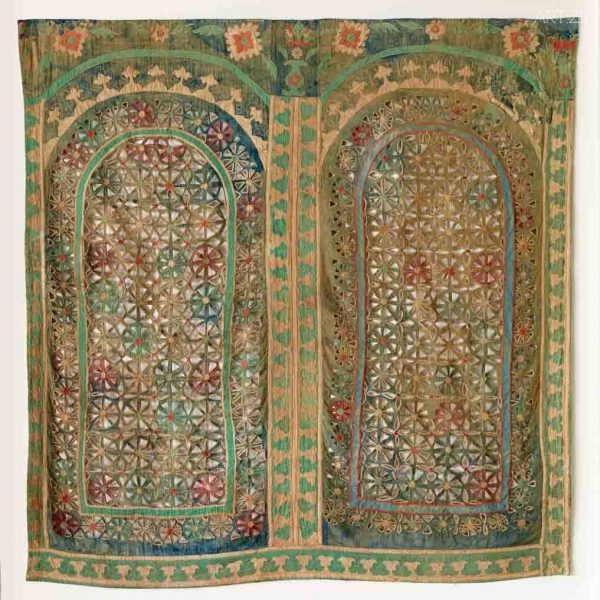 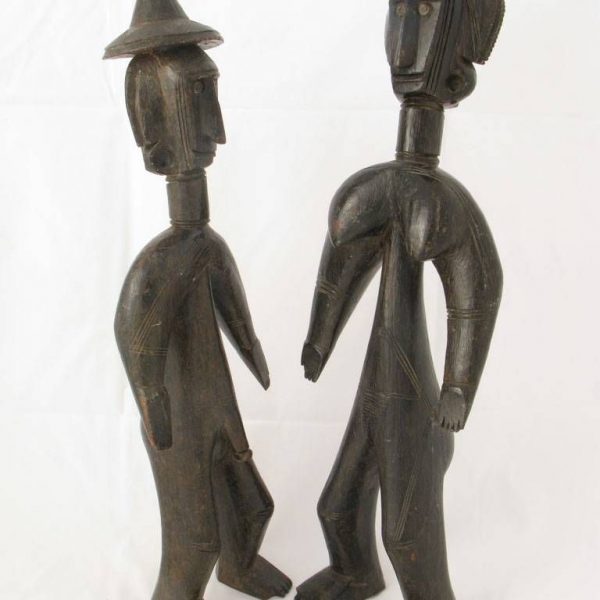 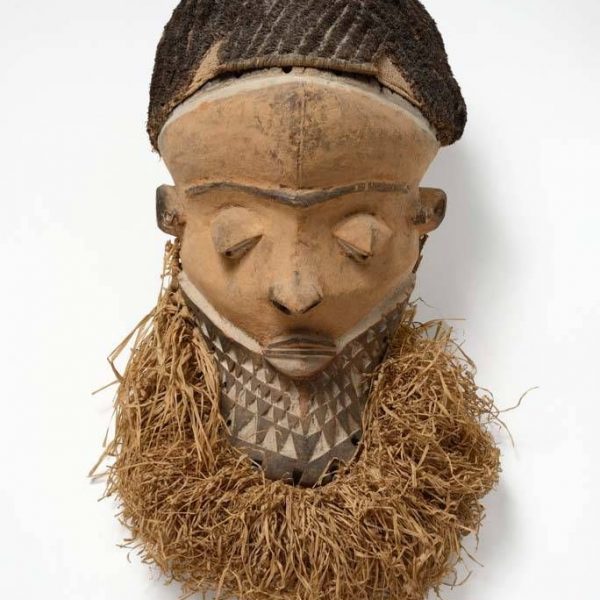 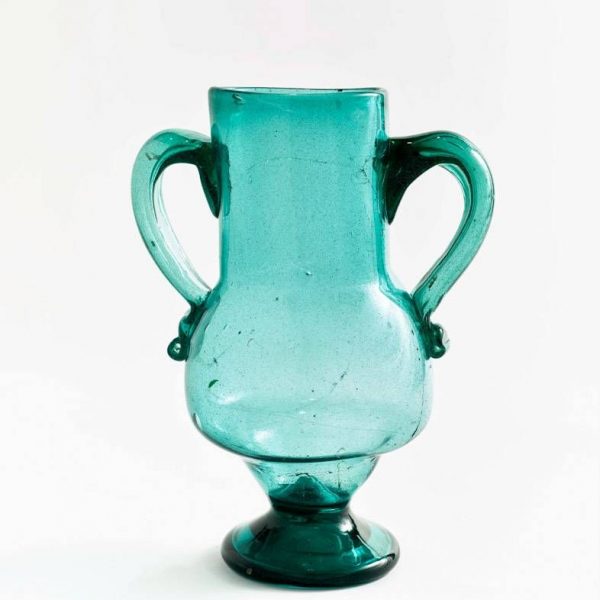 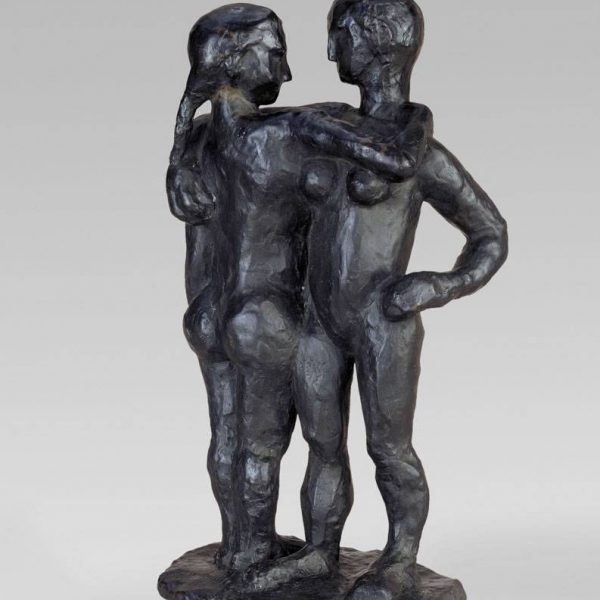