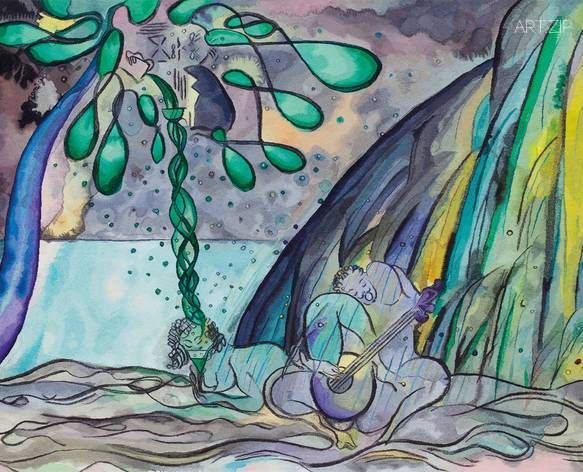 In spring 2017, the National Gallery presents ‘The Caged Bird’s Song’, a new tapestry by Turner Prize-winning artist Chris Ofili. The exhibition marks the first time the artist has worked in the medium of tapestry and includes a series of preparatory works on paper in an installation conceived by the artist for the Gallery’s Sunley Room.

Ofili is returning to the National Gallery following the exhibition Titian: Metamorphosis 2012. In this he was one of three contemporary artists asked to respond to Titian’s great mythological paintings, Diana and Actaeon, The Death of Actaeon, and Diana and Callisto, which depict stories from the Roman poet Ovid’s ‘Metamorphoses’. Ofili produced new paintings in which the classical world was transposed to Trinidad, where he lives and works. He also designed a related series of costumes and sets for a new ballet performed by the Royal Ballet at the Royal Opera House, Covent Garden. 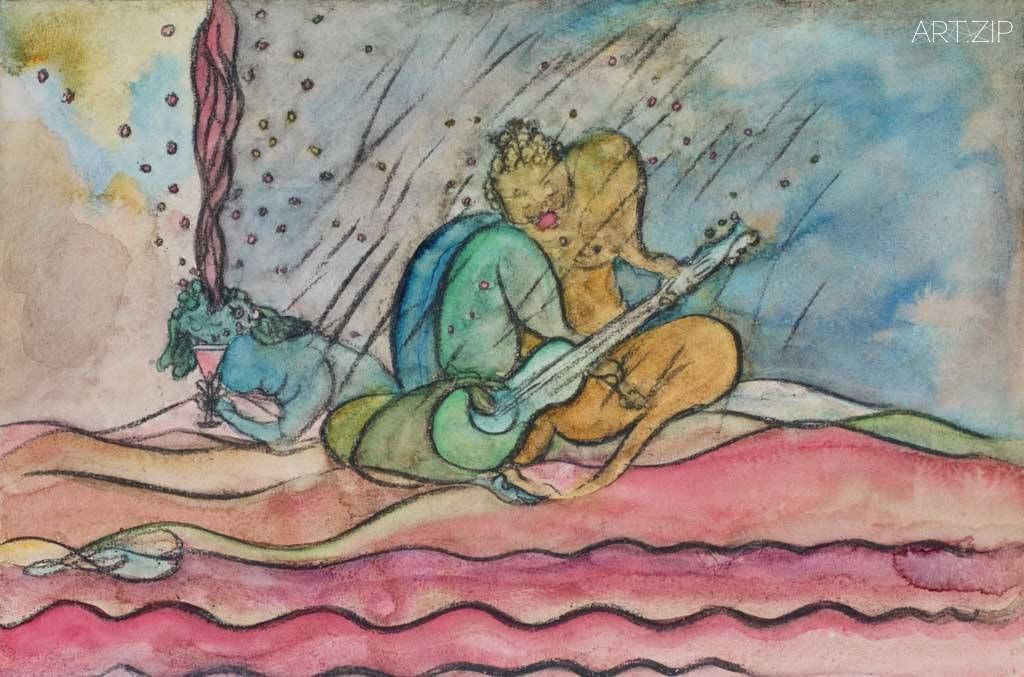 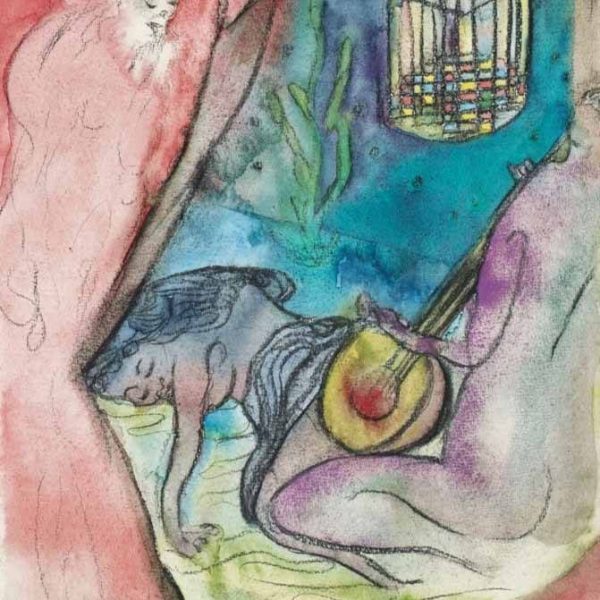 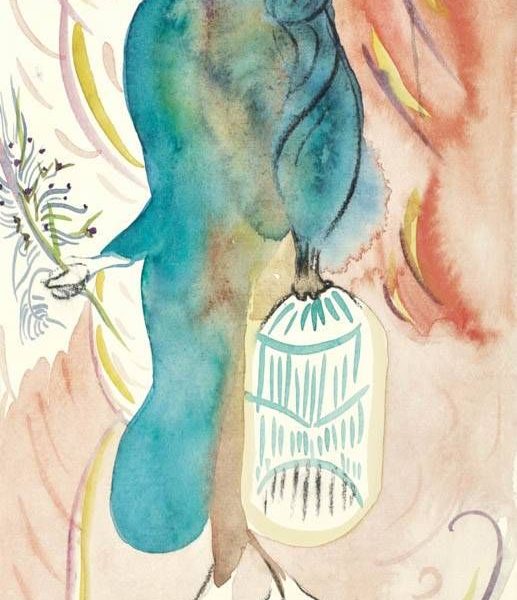 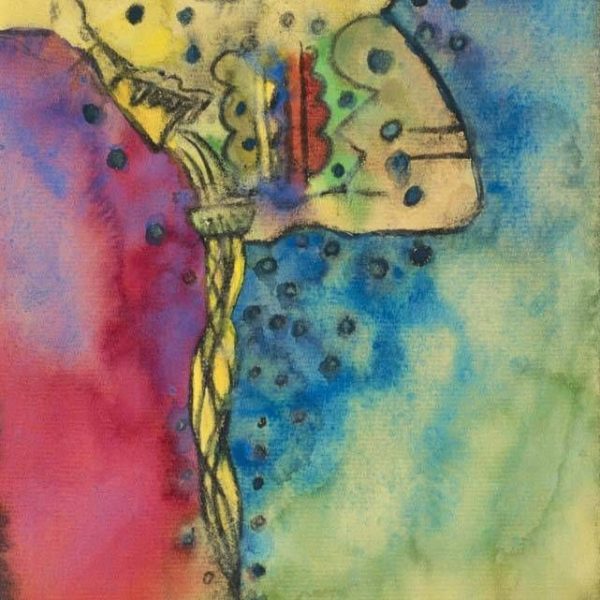 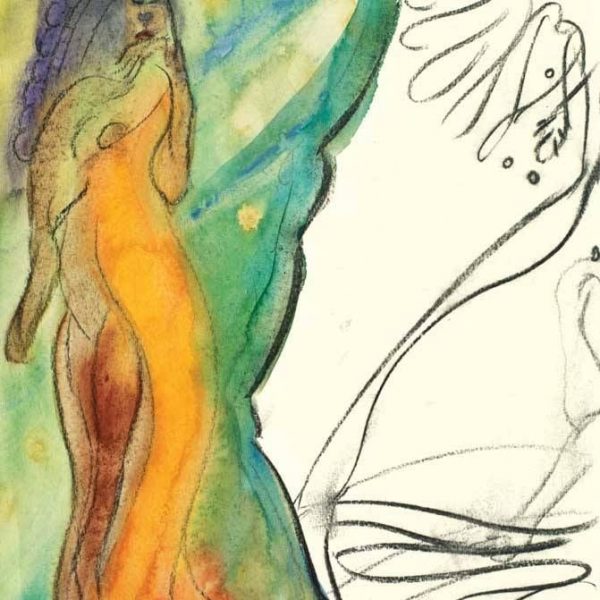 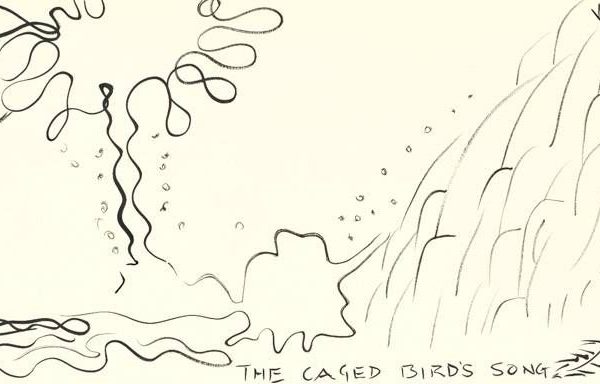 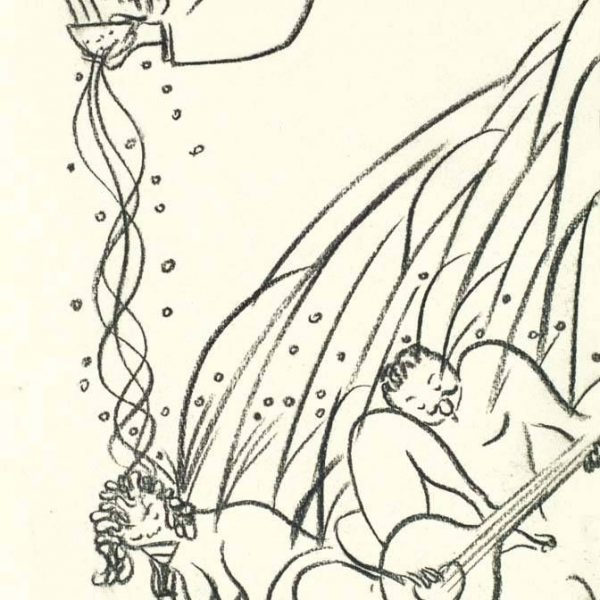 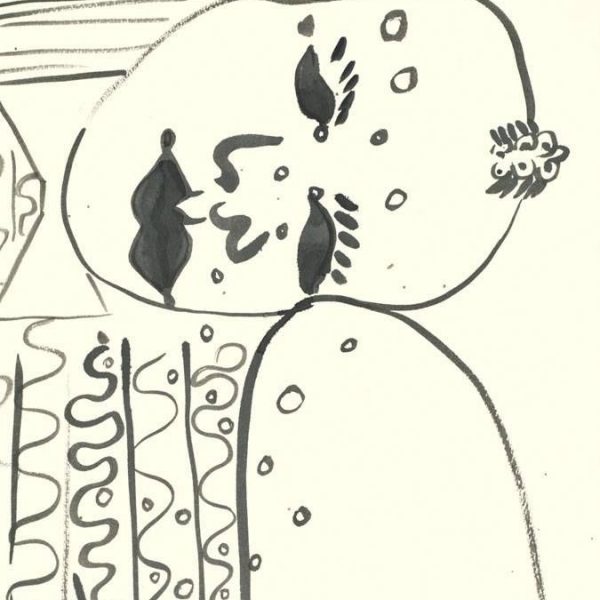 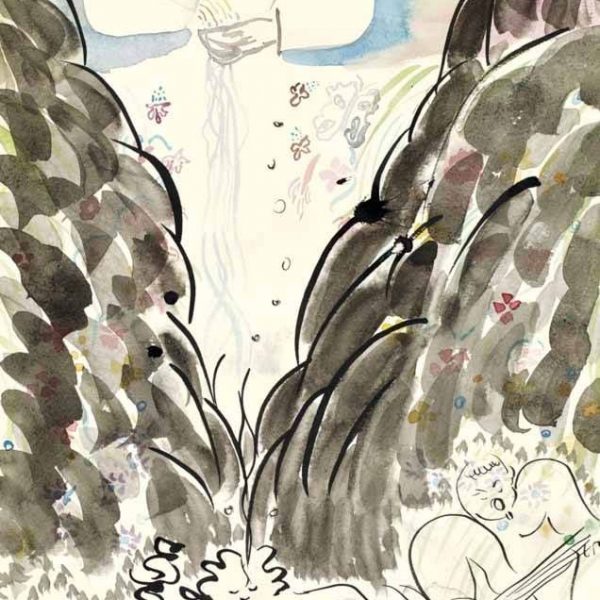 The imagery in this new tapestry reflects Ofili’s ongoing interest in classical mythology and contemporary ‘demigods’, together with the stories, magic and colour of the Trinidadian landscape he inhabits.

Like Rubens, Goya and many artists before him who have engaged with this medium, Chris Ofili has been collaborating closely with master weavers to see his design translated into a tapestry. It is being hand-woven by the internationally renowned, Edinburgh-based Dovecot Tapestry Studio, and has taken two and a half years to complete.

Commissioned by the Clothworkers’ Company, a livery company established in 1528 to oversee the cloth-finishing trade in the City of London, ‘The Caged Bird’s Song’ goes on permanent display in Clothworkers’ Hall following the National Gallery’s exhibition of the work.

Chris Ofili says:“‘The Caged Bird’s Song’ is a marriage of watercolour and weaving. I set out to challenge the weaving process, by doing something free-flowing in making a watercolour, encouraging the liquid pigment to form the image, a contrast to the weaving process. With their response, which is an interpretation rather than a reproduction, the weavers have paid a type of homage to the watercolour that I gave them as well as to the process of weaving.” 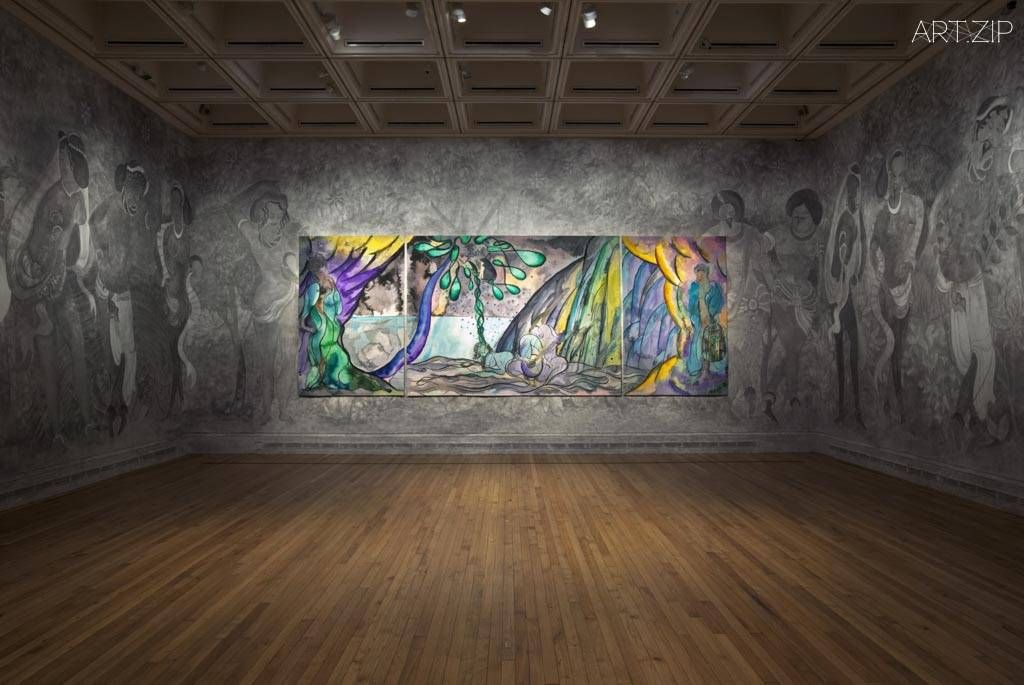 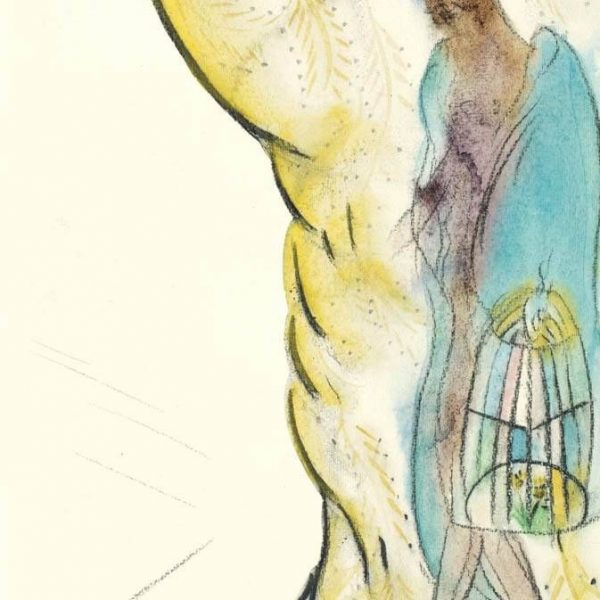 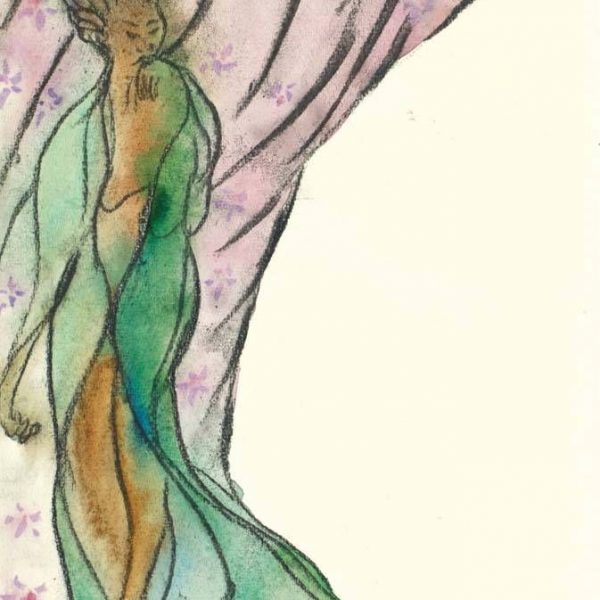 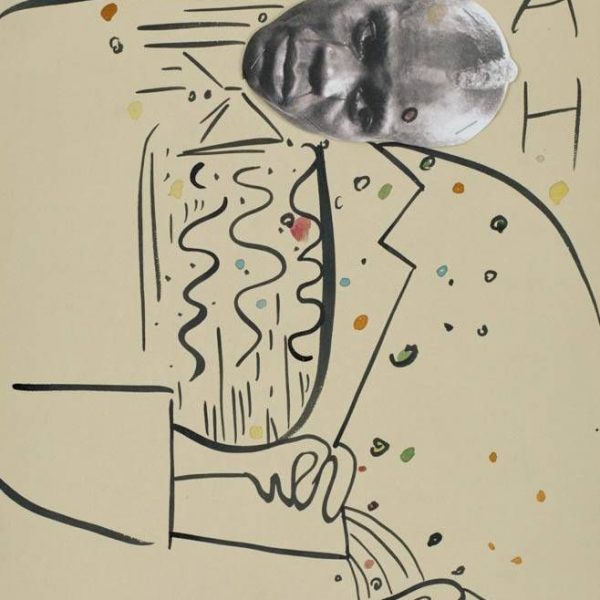 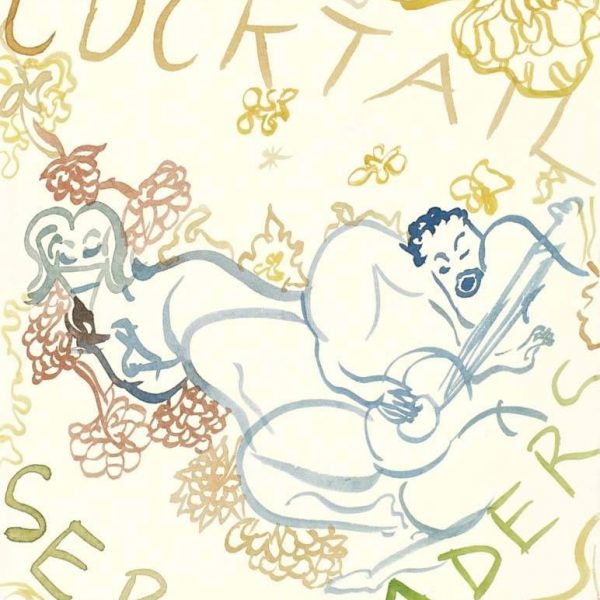