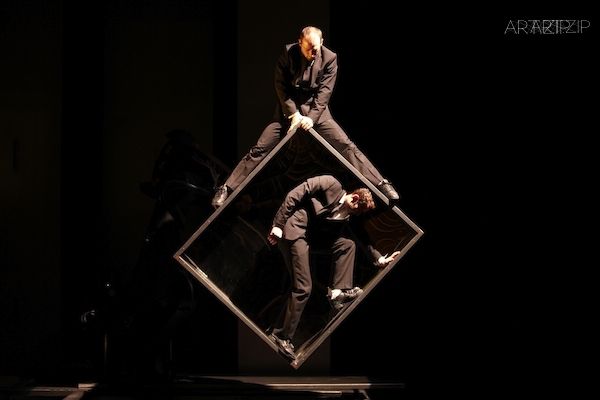 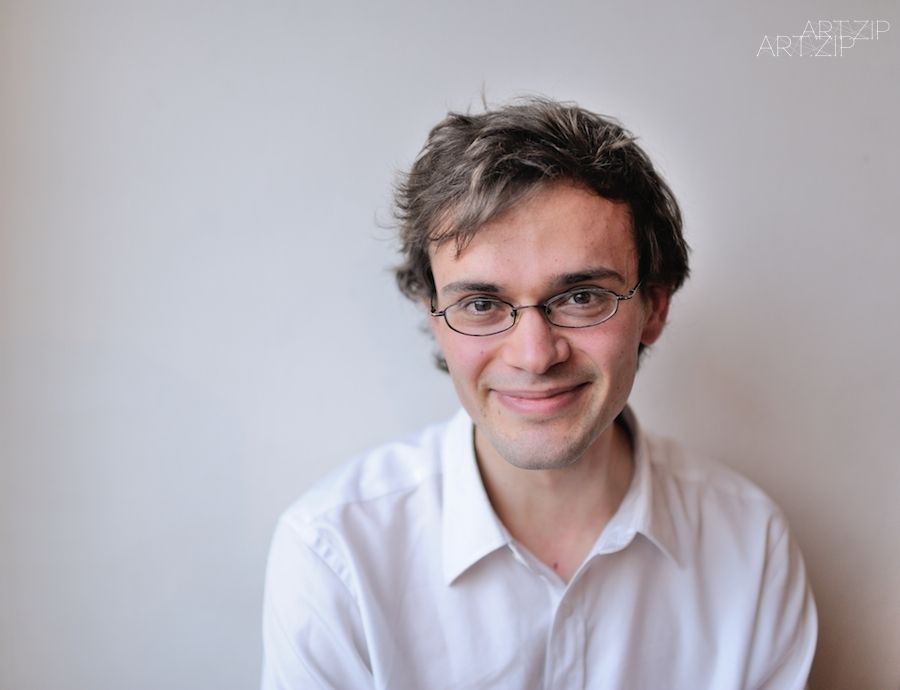 John Ellingsworth is a writer and editor working in contemporary circus. He runs the website and magazine Sideshow and a company called CRKO working at the intersection of circus and technology.

ART.ZIP: How do you get into contemporary circus?

JE: I sort of fell into it. Back in 2006 I started doing an internship with an organisation called Total Theatre that was advocating for physical and visual performance, circus, mime, puppetry, street arts, devised and site-specific work, live art, and so on. Back when Total Theatre was founded, in the 1980s, all of those things were on the fringes of theatre in England; today they still exist as independent sectors, but they’ve got much more influence on mainstream practice. Anyway, I did this internship with Total Theatre and worked on the magazine they produced, and at the end of that internship they gave me six weeks of trapeze lessons as a leaving present. I did those for a while, got the taste for it, and ended up going to a circus school for a year. After I left I started a circus magazine and website, Sideshow, as a platform for writing and thinking about circus. I ran that for a few years and then ended up meeting Duncan Wall, the author of a book about circus, ‘The Ordinary Acrobat’, which was published by Knopf last year. We found we had a common background: both of us went to a circus school for a year (he went to one in France) and then embarked on these big writing projects. For him it was the book; for me it was Sideshow. We were both engaged in thinking about circus as an art form, and we both wanted to try to get people to talk about circus as an art, so we started a company together, CRKO, that’s dedicated to looking at the intersection of circus and technology. The big project we’ve been working on is an online course called ‘An Introduction to Contemporary Circus’. The goal of it is to give everybody working in the circus sector the same basic level of knowledge so that circus can start to talk about itself as an art form in a more confident and coherent way. 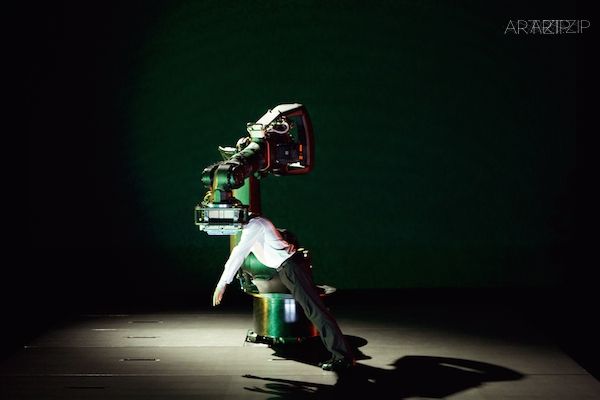 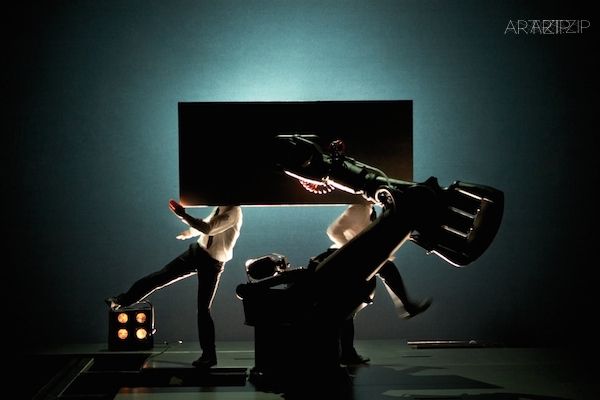 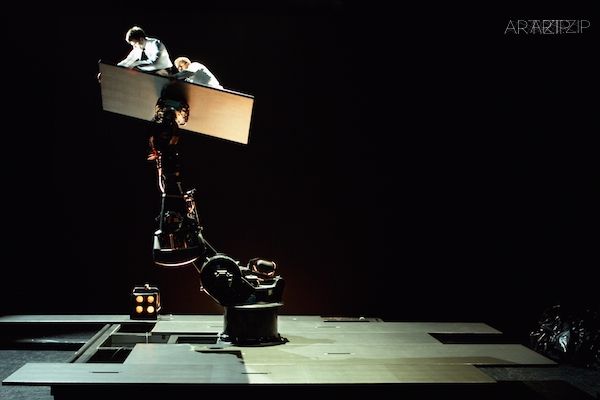 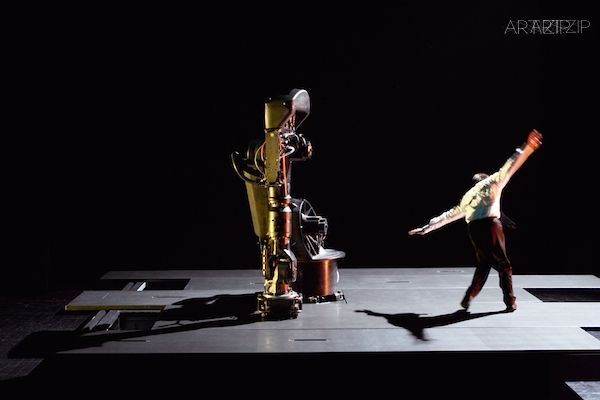 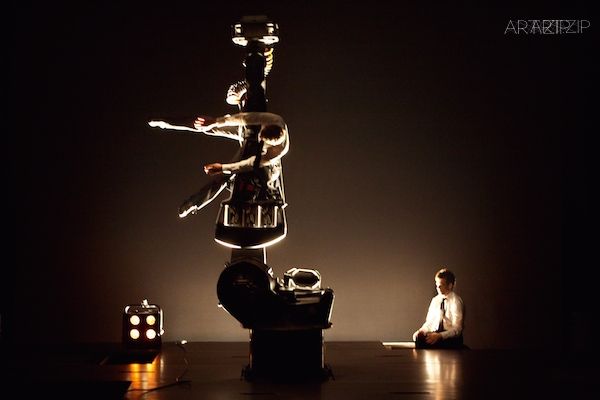 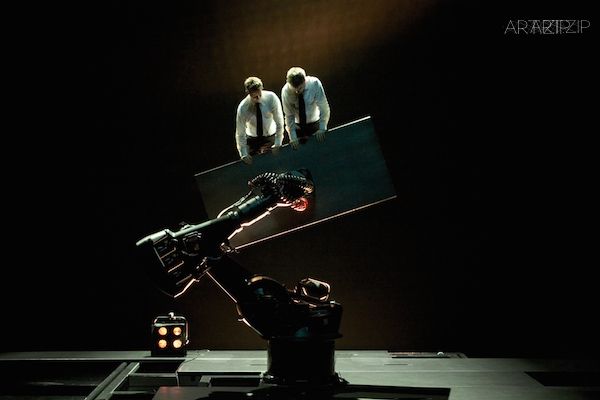 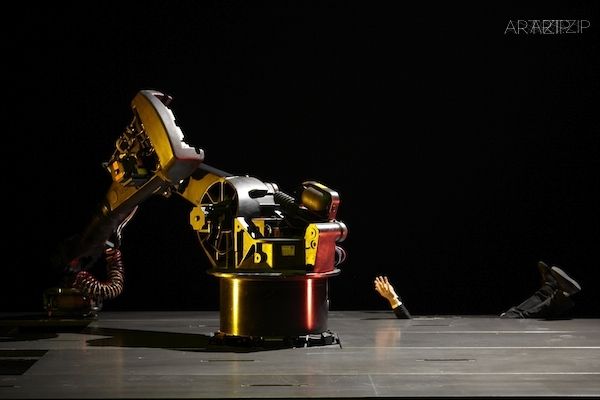 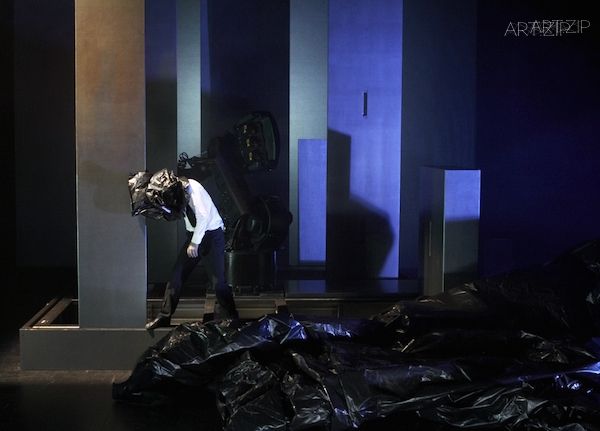 ART.ZIP: What makes your project different from education offered within a university structure?

JE: The first thing to say is that there are a small number of Higher Education circus schools and that you can go there to do accredited degree courses, MAs, even PhDs. In the UK there’s the National Centre for Circus Arts and a school called Circomedia; abroad there are places like DOCH（Dans och Cirkushögskolan, University of Dance and Circus）in Sweden or CNAC (Centre National des Arts du Cirque) in France. Still, at a lot of these schools students concentrate on technical skill and performance disciplines (dance, movement, physical theatre, and so on) but perhaps don’t learn so much about aesthetics – about what’s going on in the world, about the history of their art form, where contemporary circus came from, where it’s going next, these sorts of things… And there’s no textbook to teach that, no documentary series – we wanted to create the course because we felt there was nothing else like it. We were aiming to produce a resource that the circus sector could use in its education programmes, but at the same time we’d like to bring it to a larger performing arts market: there are a lot of universities which teach performing arts courses and cover other branches of performance (dance, physical theatre, puppetry, and so on) without touching on circus.

ART.ZIP: How will the project reach its audience?

JE: At the moment we’re working to complete a ten-lesson course that can fit within circus school curriculums, but we’re also thinking about a shorter version that can be offered to a general audience – so an absolute basic introduction to what contemporary circus is and where it came from. Given that it’s an online course our ideal would be to reach as many people as possible and to have an impact on the way contemporary circus is seen in general society.

ART.ZIP: What other projects are you working on?

JE: I’m working with the photographer Ben Hopper on his project Duende – which is his attempt to capture ‘el duende’, which you can think of as being a little bit like the soul of a great performer. I’m doing some writing to go alongside that and thinking about how to present the project online. Another project I’m working on for Sideshow is called Deconstructing Circus. It is a six-month project to publish videos of 30 scenes from 30 contemporary circus productions. Each video is accompanied by an interview with the production’s artists or directors, and through these readers can get an insight into the various facets of contemporary circus. 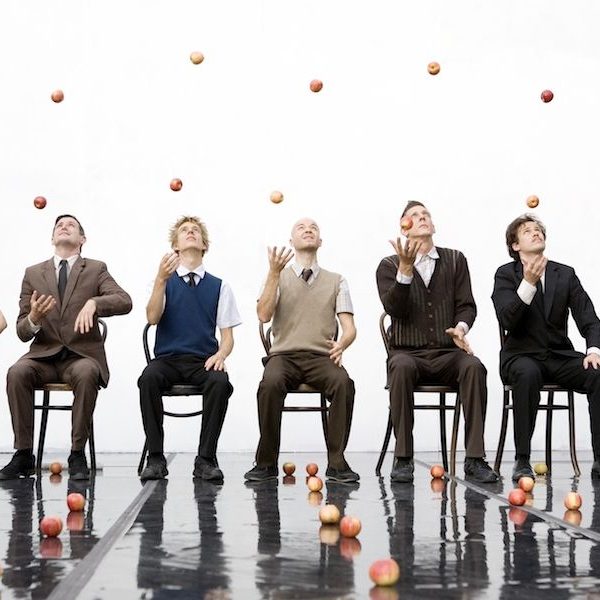 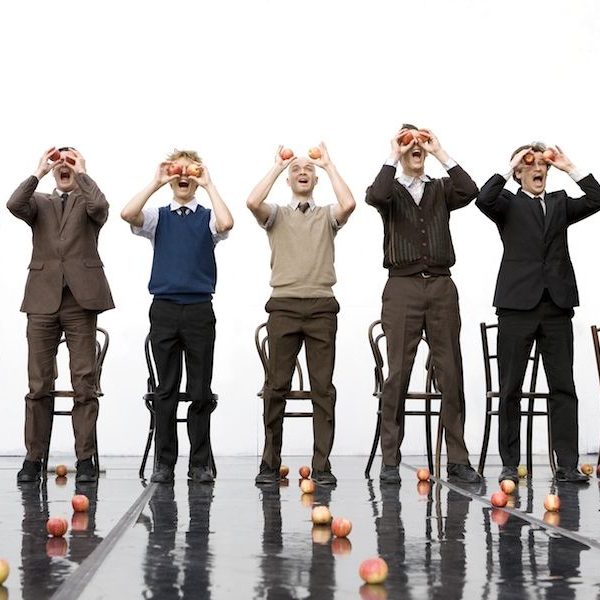 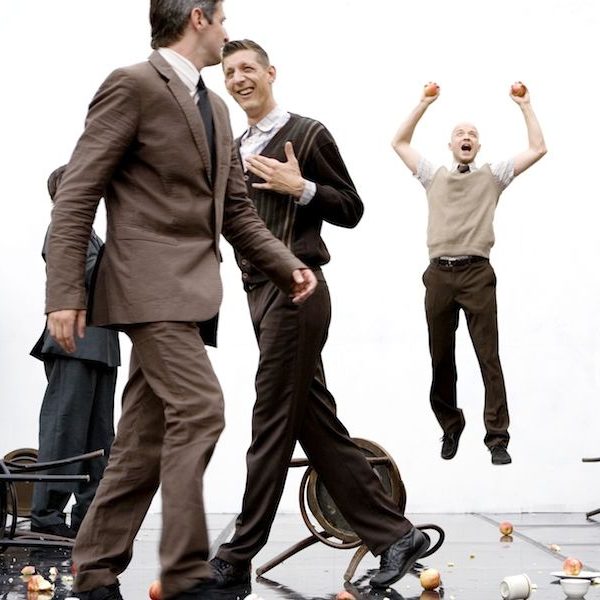 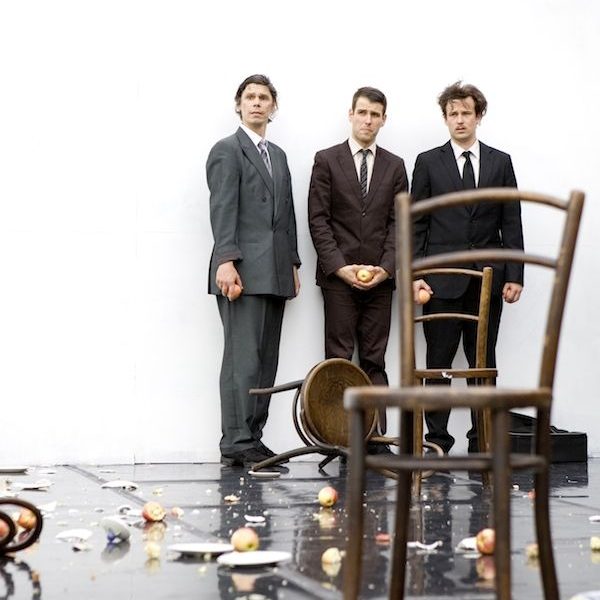 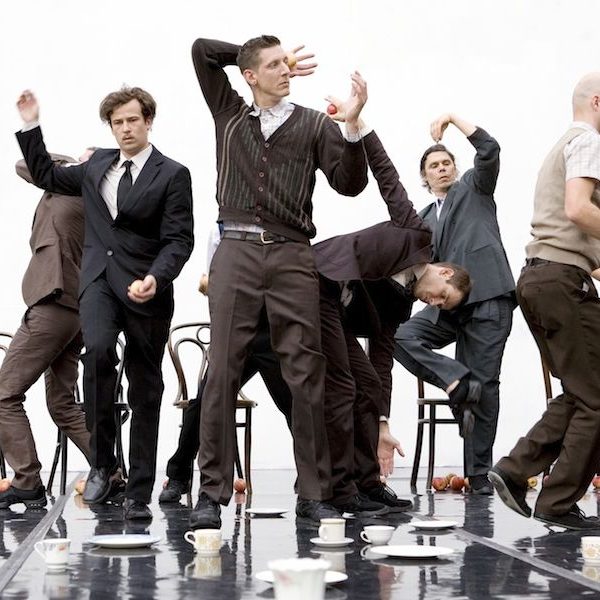 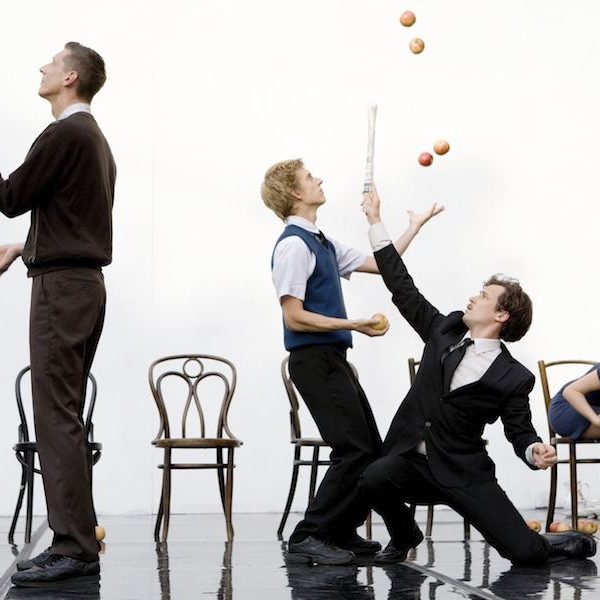 ART.ZIP: Circus has a long history in China, but it hardly has a circus culture. Do you think circus culture is stronger within a western cultural context?

JE: There’s a long history of acrobatics and circus in China – in Russia as well. Both have a very strong tradition of circus, but aesthetically they’re generally closer to traditional circus. Contemporary circus is to traditional circus as contemporary dance is to ballet. So when you think about a ballerina, what they do is very codified: there’s a correct way for them to stand, move, set their shoulders, raise their arms, and so on. Everything is very strict and disciplined. Then when they go on stage the performers are replicating what they’ve learned – they’re aiming to show their technique as perfectly as possible and they’re judged on this perfection. With contemporary dance you learn technique, but the actual performance is shaped by what you want to express – about yourself, about the world, about society. This is more or less how it is with traditional and contemporary circus. Traditional circus is focused on the replication of technique, doing something spectacular or superhuman, while contemporary circus is using those circus techniques and methods as a language, as an art form, to express something.

In the west we also have a long history of traditional circus. During the 19th Century you had these really big circuses in Europe and America, and for some of the massive ones in the US you could get an audience of tens of thousands of people at each pitch. During the early 19th Century you had circuses touring locally to small towns and you can imagine what it would have been like for the people there: growing up in a small town you would have never seen an elephant before, never seen an acrobat, never seen a contortionist, so the circus brought something that was amazing – something that was totally outside of ordinary life. Because of that power to amaze, and because of the power of spectacle, it became the biggest form of popular entertainment in the western world. Eventually film came along, which was cheap and easier to distribute, and oil prices went up so that it became more expensive to tour, and traditional circus sort of collapsed. Contemporary circus rose out of that, and because the old model didn’t work anymore it had to find something new. 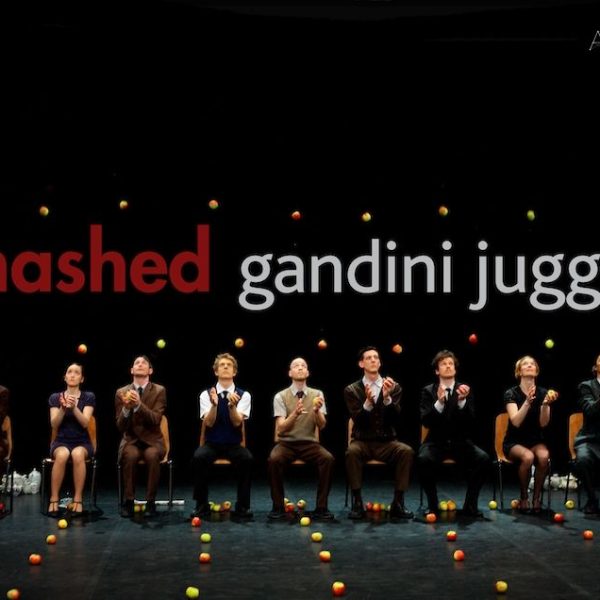 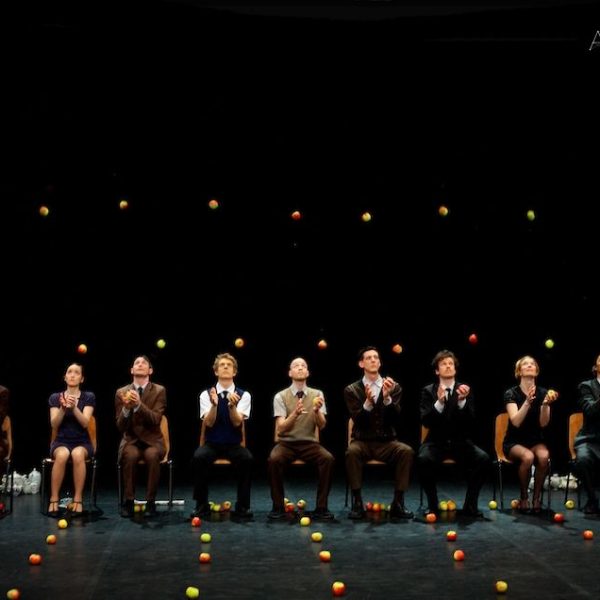 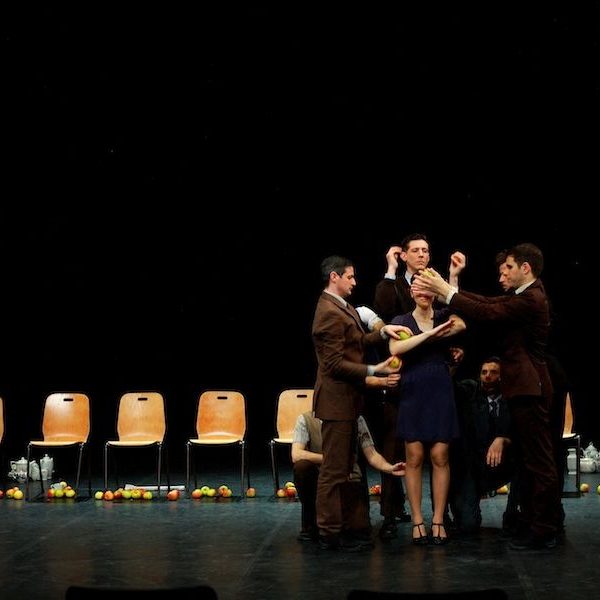 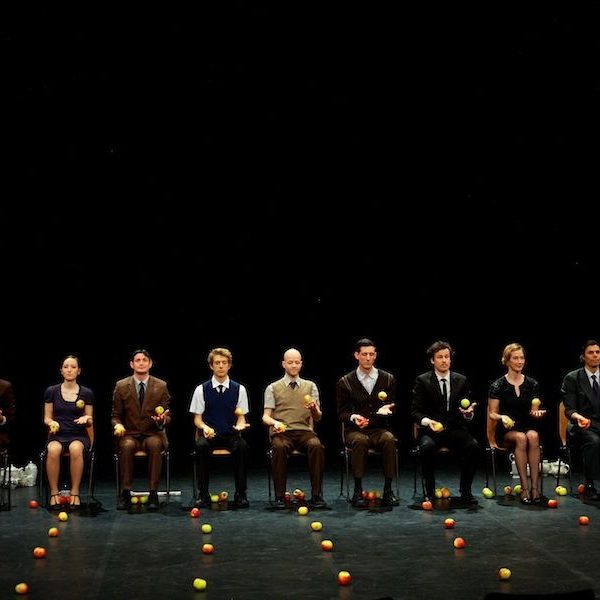 ART.ZIP: Would you name some important companies and productions from the contemporary circus sector?

JE: There have been a lot of important companies and shows through the years, so I’ll just name a few artists that I like… In the UK, Gandini Juggling have been around for more than twenty years and they’re a really inventive group; they work with juggling, but their interests stretch in a lot of different directions and they’ve made shows inspired by visual art, haute couture fashion, Pina Bausch, ballet, and many other things. I think they’re planning to tour their show Smashed in China. There’s a French director called Aurélien Bory who I like a lot. He makes work that isn’t necessarily recognisable as circus, but he works with acrobats and is a juggler himself. One of his most famous shows is Sans Objet, which is a piece for two acrobats and one industrial robot – so on stage you have this huge machine that used to build cars on an assembly line. And then because I saw their show recently I’ll mention Sanja Kosonen and Elice Abonce Muhonen, two Finnish artists who decided to train hair hanging (an old traditional circus discipline) and then to make a full-length performance playing with how the audience responds to this quite gruesome sight of someone being suspended from their hair…